Goode's invention was a precursor to the Murphy Bed

Just because historians have done a poor job of archiving and sharing the legacy of black designers doesn't mean there isn't a rich history to explore. This week in design history, we commemorate a moment that took place on July 14, 1885—when Sarah E. Goode became one of the first black woman to receive a U.S. patent for her folding cabinet bed. She holds the title alongside Judy Reed, who invented a dough kneading machine in 1880 and Miriam Benjamin in 1888, the inventor of a hotel chair that signaled the service of a waiter. 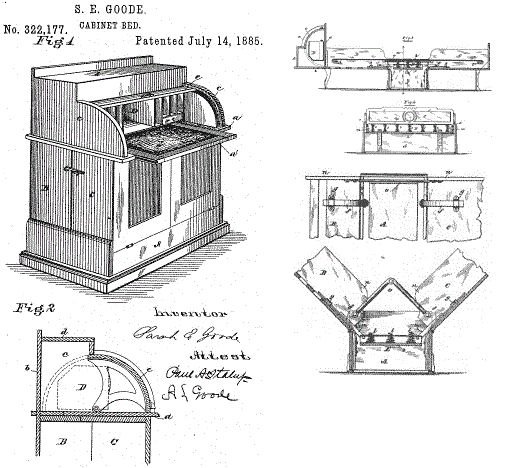 Who is Sarah E. Goode?

Sarah Elizabeth Jacobs was born around 1855, born into slavery and freed around the age of 5, at which time she lived in Toledo, Ohio. Her initial interest in furniture likely stemmed from her father, a carpenter. When Sarah was living in Chicago, Illinois in 1870, she met her husband Archibald Goode, also a carpenter. Although it can't be confirmed, it is believed by biographers that Sarah and Archibald opened a furniture store together.

The story behind Goode's cabinet bed

Goode and her husband allegedly managed their furniture store in the same time period that tenement housing was at its peak— apartments were small, averaging around 25 by 100 feet in total. Customers would visit the store with their concerns for maximizing their small spaces, which gave Goode an idea. She designed a "folding bed", which when not in use could be hidden away within a functional roll-top cabinet that included space for writing utensils and stationery.

The bed was engineered in such a way that the bed could be lifted, and folded without breaking, a novel feat at the time. There was also a supplementary system included in the design that supported the bed's center when unfolded and in use. 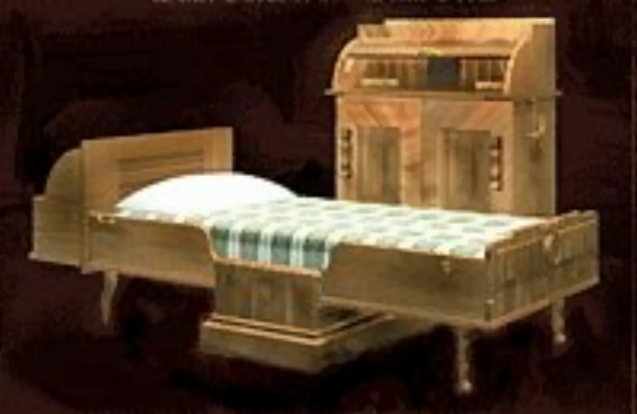 A quite low-res image rendering of Goode's cabinet bed—evidence of a preserved artifact are difficult to find on a simple internet search.

Goode's invention by the time she received her patent would precede the more universally known Murphy bed by almost 25 years, making it a precursor for major furniture items in the industry today like the futon, flat-pack furniture, and more.

It is unfortunate that more information about Goode hasn't been documented and collected; we are simply left with a few facts about her life that are murky at best. Goode's story once again represents the lack of focus throughout design history of acknowledging the innovations black designers have contributed over time.

Hopefully today's calls for racial equity will encourage historians to spend more time recovering this information so the world can know more about designers of color who came up with a number of important innovations throughout history.

Editor's Note: an informed reader has notified us that the portrait that previously occupied this article (seen below) is in fact of Edmonia Lewis, a sculptor with her own fascinating story worth researching. The photo has made the rounds across the internet, repurposed and claimed as a portrait of Sarah E. Goode. There appear to be no accurate portraits of Goode widely available. 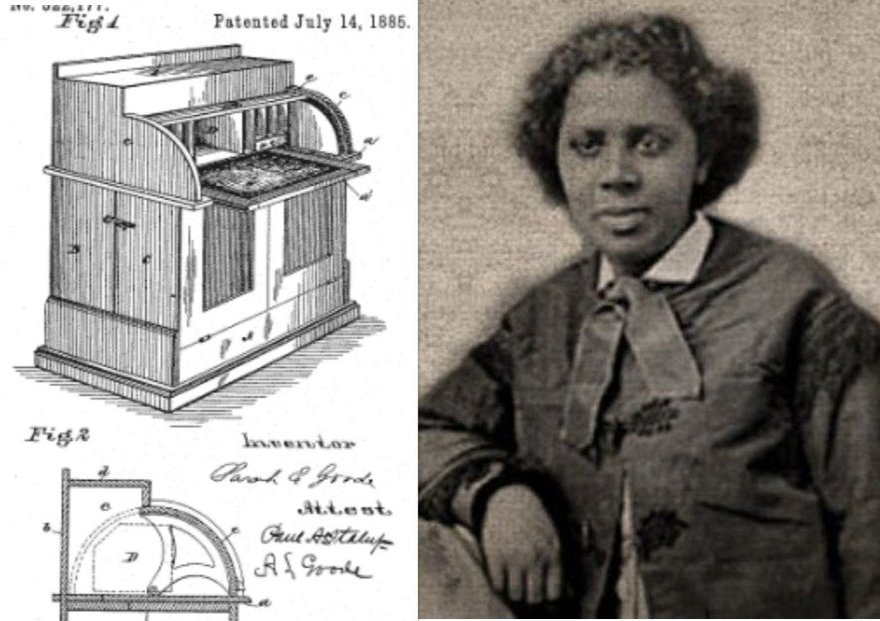