To a person with a hammer everything looks like a nail, and to product designers, every solution seems to require designing a new product.

With COVID having placed the act of sanitizing one's hands front and center, UK-based design/innovation firm Echo reckons that "the future of hand sanitising demands a radical overhaul. What role can design play in driving positive behavioural change around hand hygiene?"

Thus they've sent us three conceptual designs for standalone products that address hand sanitization. I'm critical of all three, but would like to hear some feedback from the readers if I've missed the mark.

This is a cocoon-shaped sanitation system that intrigues passers-by through emitting soft, refreshing light and soothing sounds. Once in use, the embedded sensors generate bespoke sanitising liquid for the individual which is diffused as a powerful and fragrant mist. The Purgo's pulsing ring of light and melodic sounds act as a subtle timer, nudging people to continue the cleansing process for 20 seconds. The design leverages the cognitive bias towards social norms - by installing the basins in shared spaces, such as offices and train stations, new habits can be seeded, making hand sanitisation appear commonplace and socially expected.

My problem with Purgo isn't with the concept, it's with the physical execution. First off, why are there two openings? If I'm sanitizing my hands by sticking them in this thing, I don't want to do it at the same time someone's coming in from the other side. 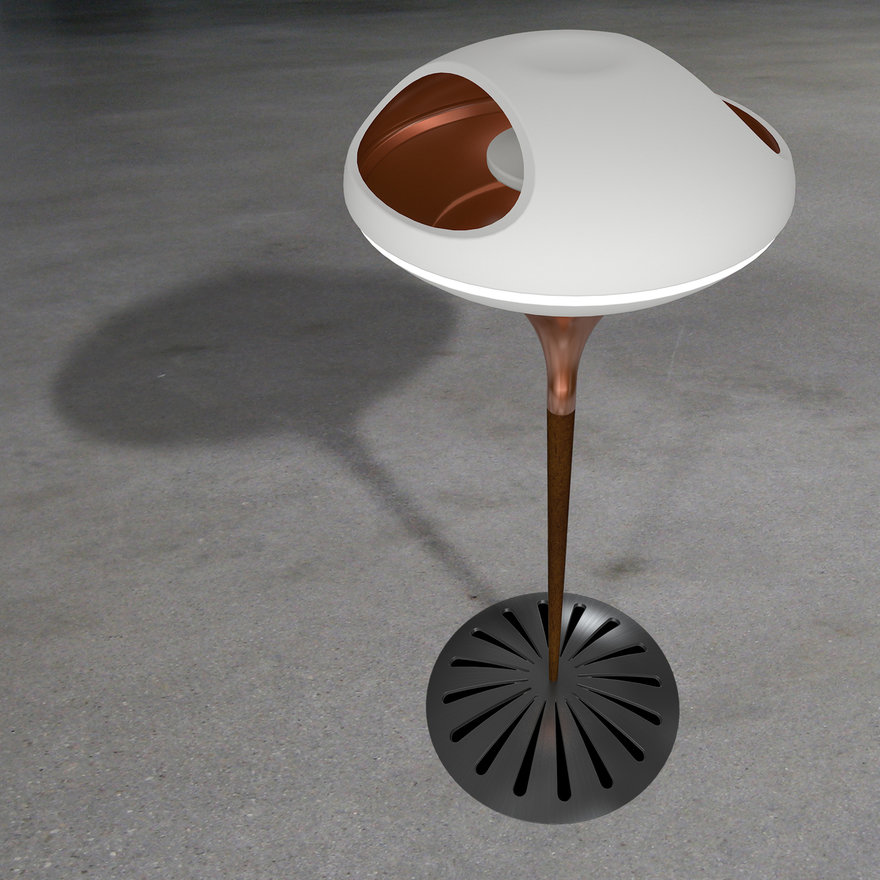 Secondly, the apertures seem too small to me. Again, if sanitization is the name of the game, I don't want to touch the sides of this thing on the way in or out. 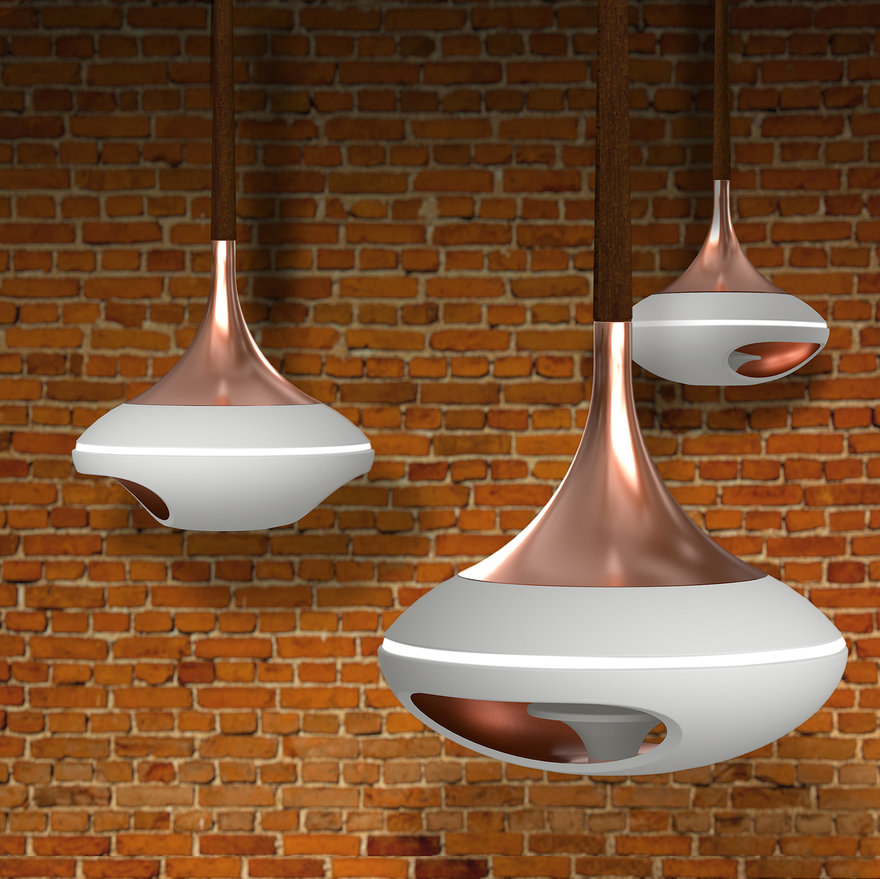 Thirdly, the inverted application just seems dumb to me. Particularly when viewed alongside the illustration: As you can see, the apertures are now on the bottom of the unit, which would be invisible from the user's sightline. So they'd either have to crouch to see where to stick their hands in, or go in blind and touch the outside of the form, which seems to defeat the purpose. 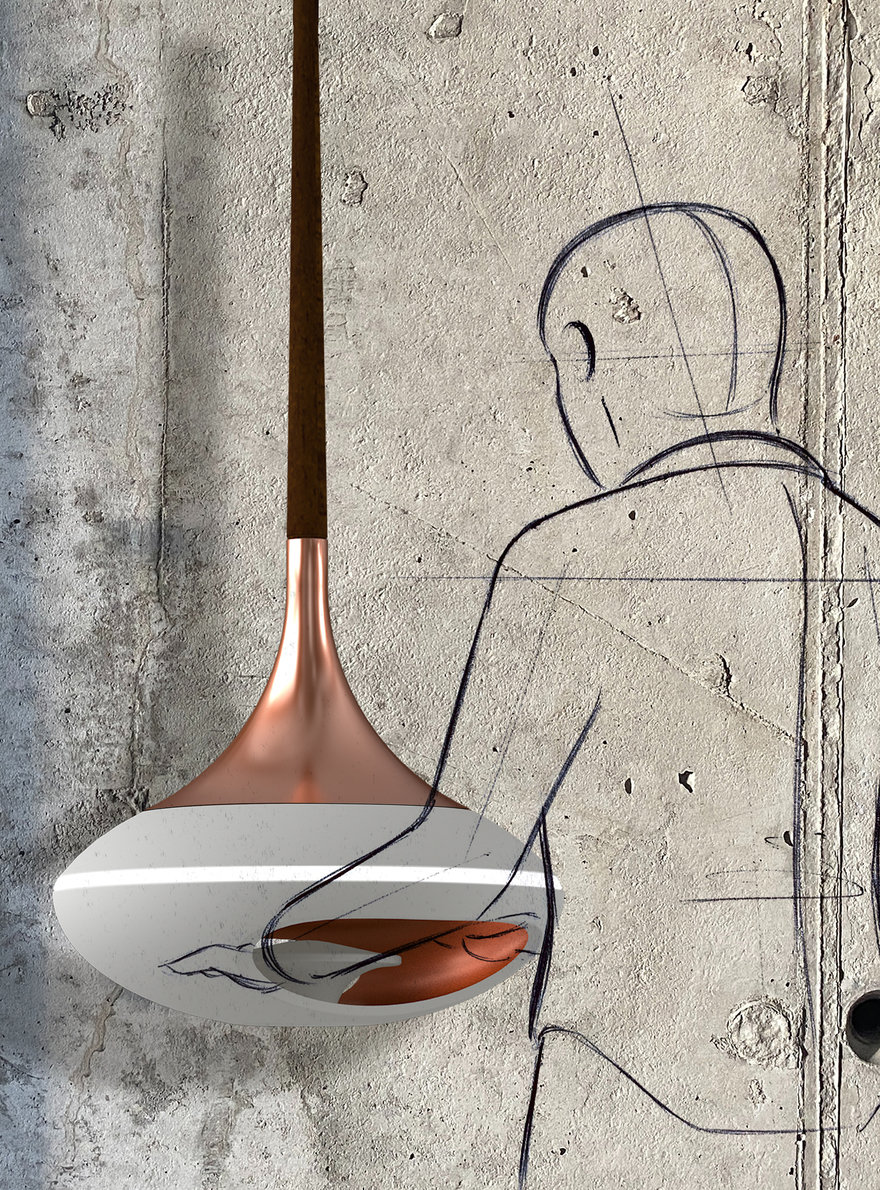 Fourthly, how do you reload this thing?

The Bell Pull, "a doorbell that sprays hand sanitiser to guests upon entering a building."

A modernist-style doorbell that sprays hand sanitiser when pulled. The contemporary design brings traditional formal rituals around the front door into the 21st century at a moment where hand sanitation is ever more important. Reinforcing the home as a safe and sanitary sanctum, the 'guest' rings the doorbell by entering their hand into the device, which sprays the open hand with fine antibacterial mist; the ritual is to ring the bell twice so that both hands are sanitised.

First off, I can't remember the last time I used a doorbell. A multi-unit buzzer system on an apartment building, sure, but not a single-dwelling doorbell. 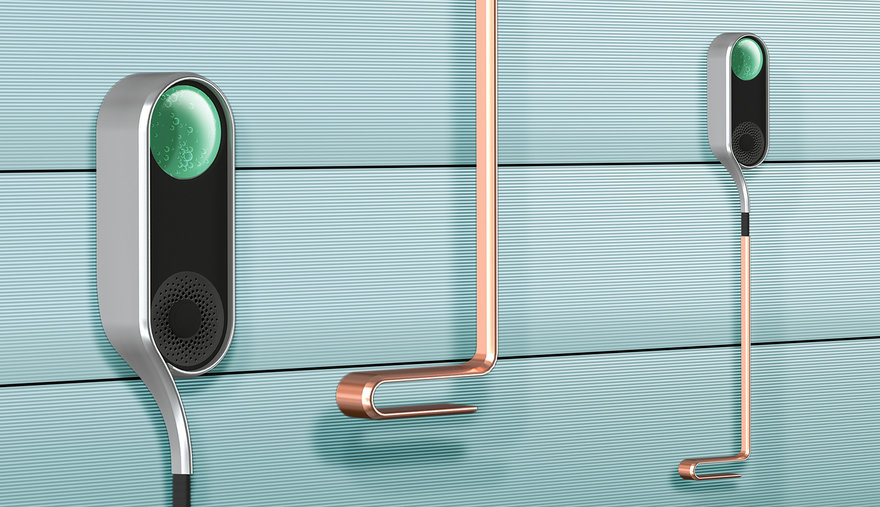 Secondly, as illustrated, the hand insertion point seems like way too small of a target for me to hit without touching the copper. 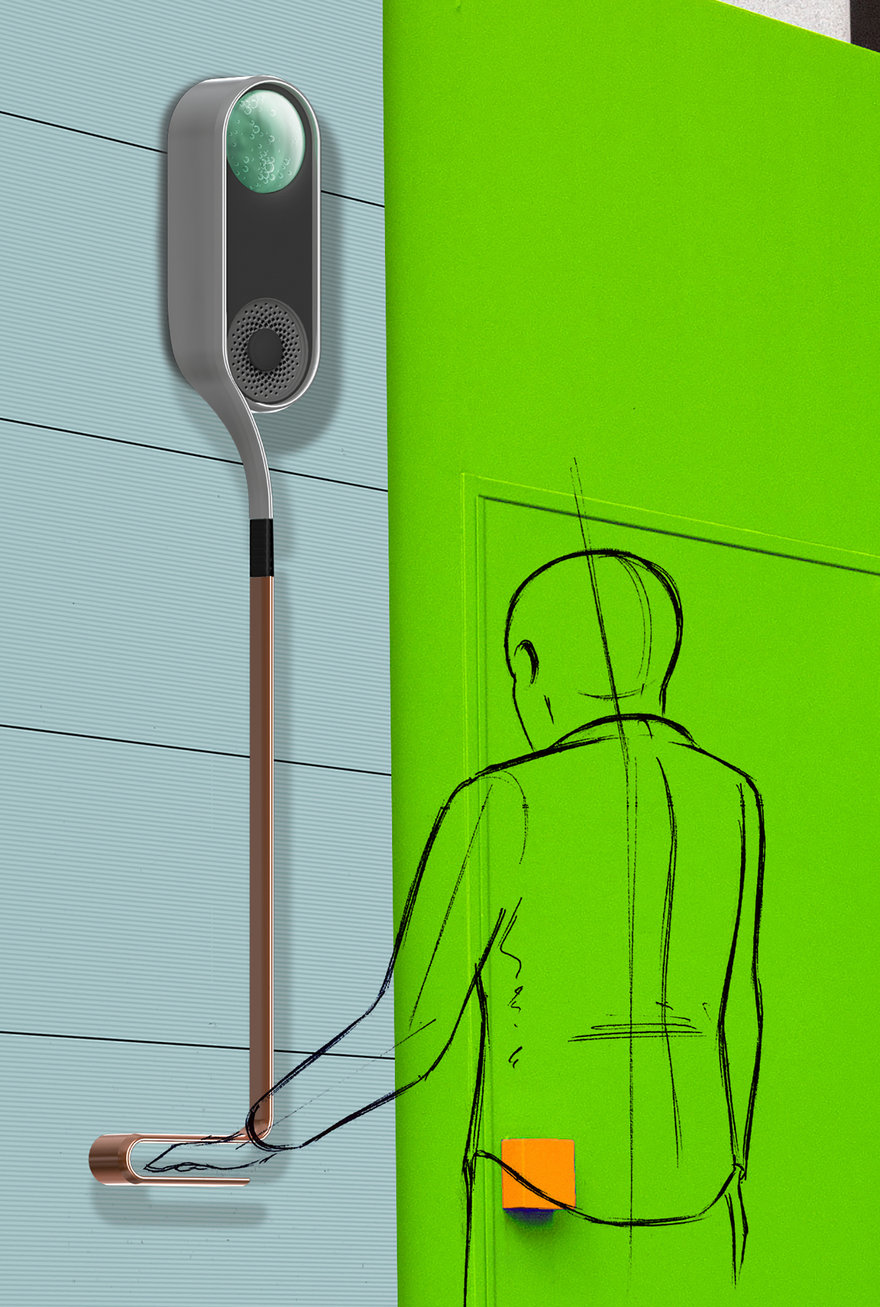 Thirdly--why is the green light located so far above head level? Is it meant to be seen by someone across the street? 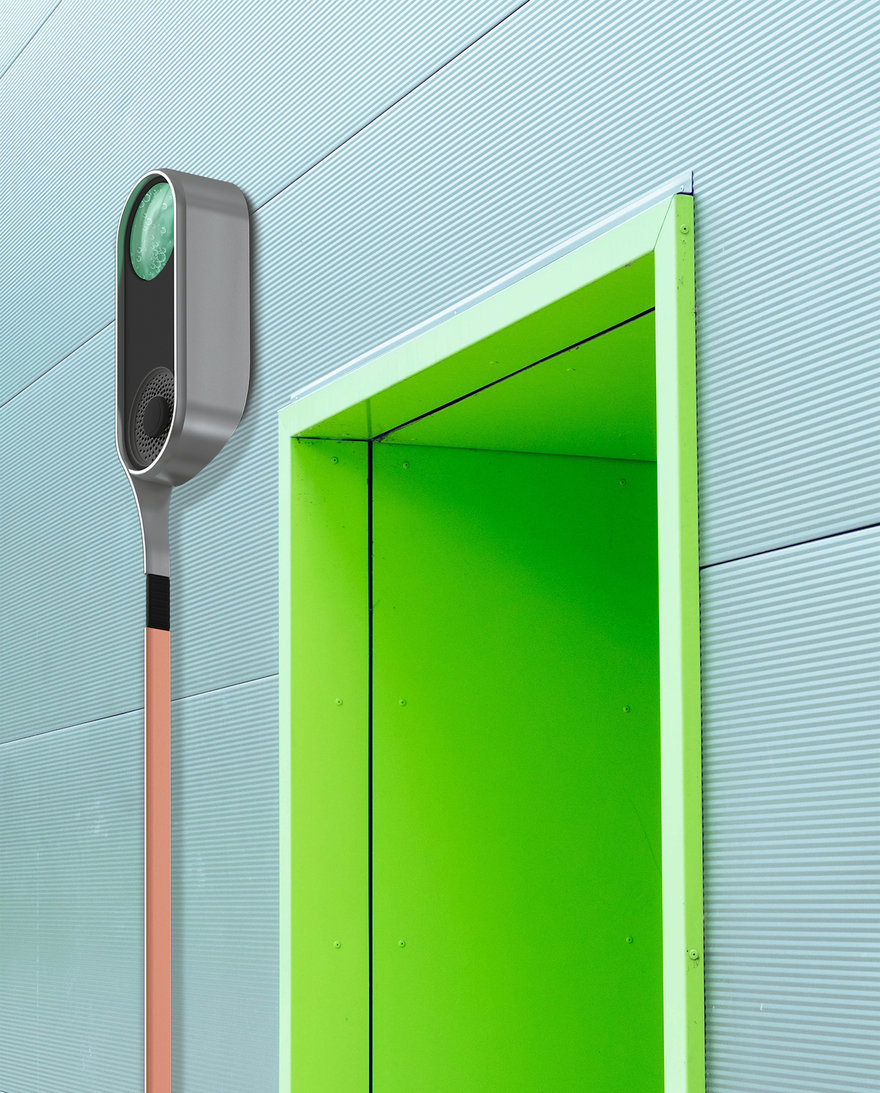 Fourthly, again, how do you reload this thing? And is there a ladder involved?

Inspired by oversized statement sleeves, these detachable cuffs keep hands clean. 3D printed to achieve zero-waste material, the cuffs - like a modern take on the lace filigree - provides a flexible and sustainable barrier to germs that lie on the surfaces we interact with on a daily basis. The 'hand armour' is a bold fashion move which allows wearers to continue using smartphones, handrails etc. in a more hygienic manner. The Armus was also shortlisted for the Bompas & Parr competition and was the inspiration of designer and Echo associate Ela Kemp. 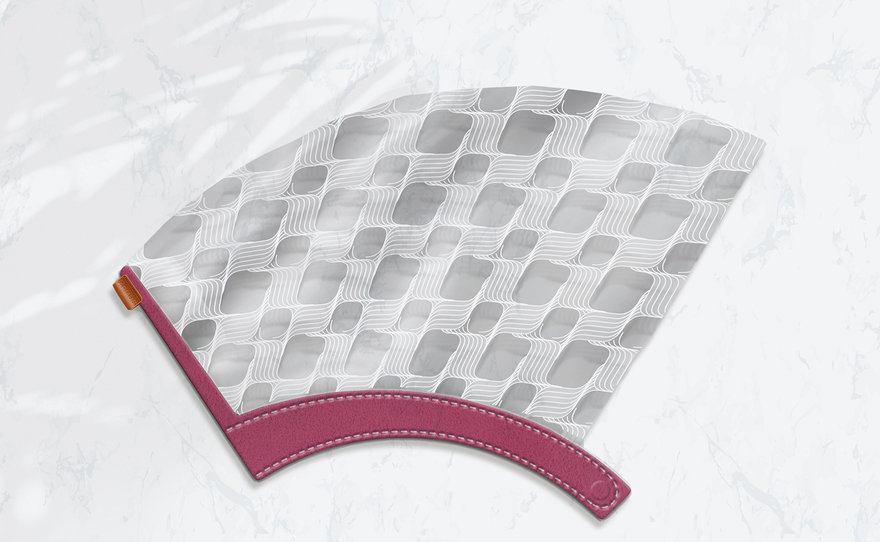 This concept I do not understand at all. It appears to offer less dexterity than a mitten and possibly obviates the benefits of having opposable thumbs; exactly what are we meant to hold with these on? And where does it go, with the outside of it presumably contaminated, once we take it off? Are we meant to store these in a bag? How do we retrieve it without touching the contaminated side? 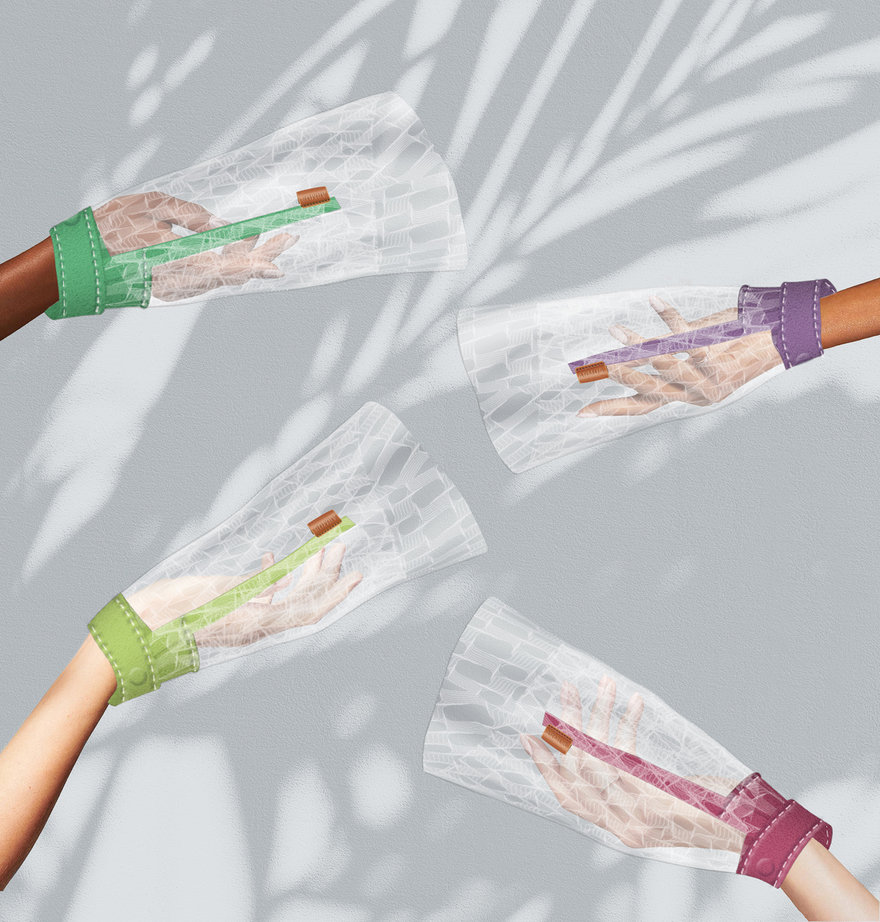 I hope it doesn't sound like I'm picking on Echo, as they were brave enough to send their concepts in for publication. If you see benefits to these designs that I'm missing, please sound off.