With subsidized pricing in the low 30-grand range, VW could make a huge impact on electric car uptake

This week Volkswagen pulled the sheet off of their ID.4, their forthcoming all-electric crossover SUV and Tesla Model Y competitor. Projected to ring in at 40 grand versus the Model Y's 50 grand, the ID.4 will also benefit, in the U.S. at least, from an additional $7,500 Federal tax credit. 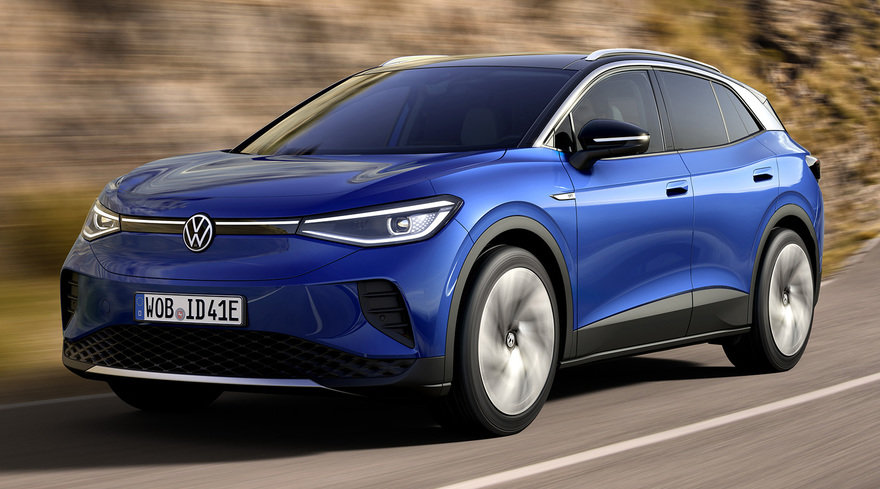 The range will be slightly less than the Model Y's--250 miles versus Tesla's 300--but Volkswagen reckons that the lower sticker price, along with three years of free charging using their Electrify America network, will be a powerful sales draw. 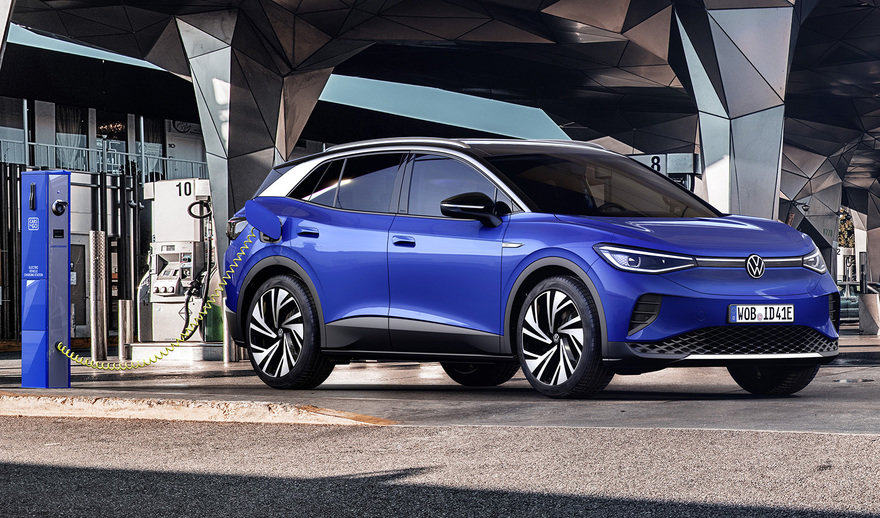 Let's talk about the physical design. I feel that these days, automotive design is largely about restraint. At a glance the ID.4 looks clean enough, but there's some evidence of the designers struggling to walk that fine line between the crazy surfaces that 3D modeling enables and the calm, masterful hand that Teutonic design typically embodies.

To me this struggle is most clearly evinced in the C-pillar area. This is the area I find problematic in most modern automotive designs, where there seems to be pressure to let the beltline go funky at the tail end, in an effort to provide a stylistic flourish. In the ID.4's case, there just seems to be too much going on here in terms of intersecting lines and surfaces. 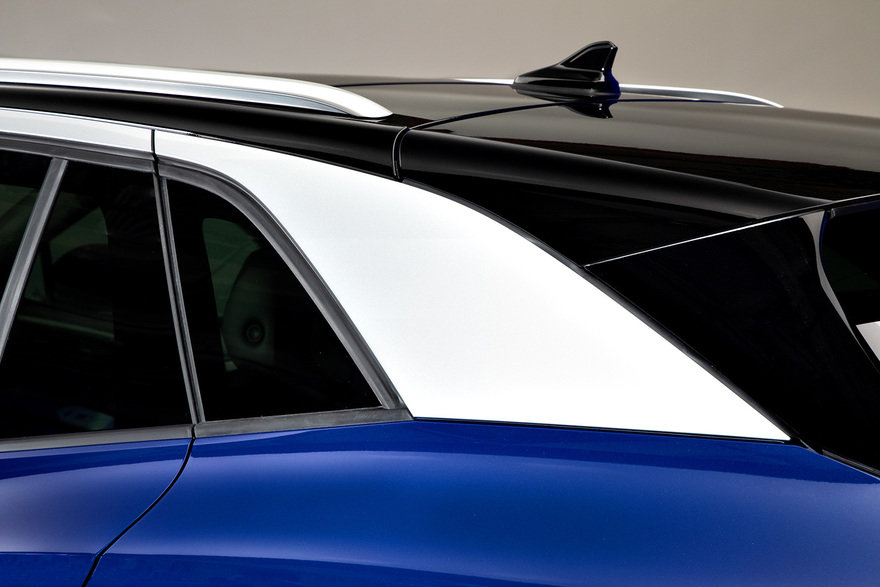 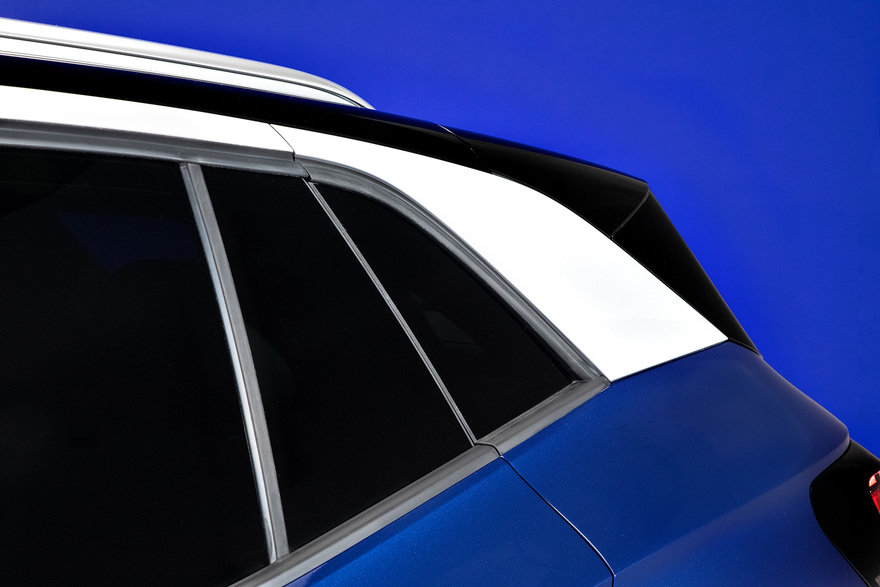 Ditto with the front corners of the car, which seem uncharacteristically busy for a VW. It's not clear if the air intakes provide functional cooling for the brakes or are for style only, but to me they provide too abrubt a transition between the front and sides of the car. 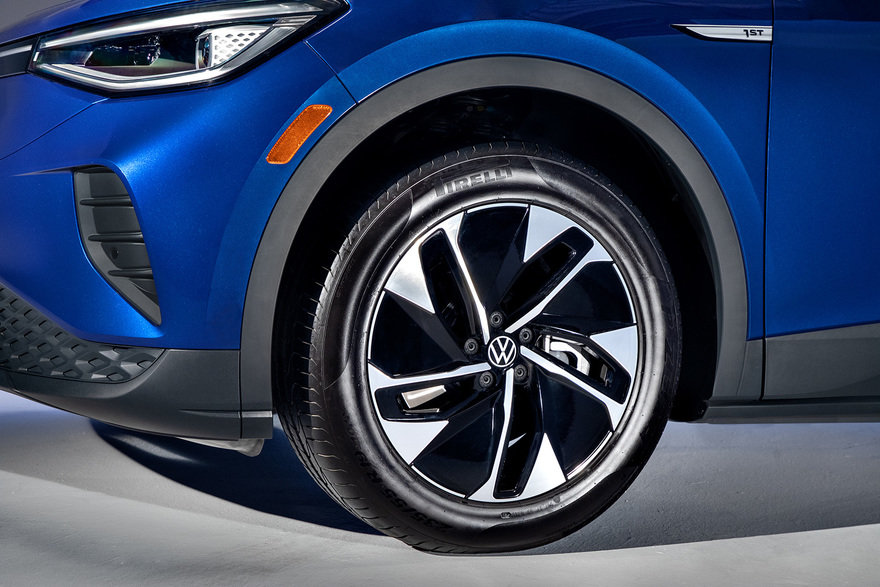 But the rest of the body is VW enough. The door handles look pleasingly German, as does the badging, and I feel the designers showed admirable restraint in the headlights, where a lot of design teams tend to go ape-shit and overly aggressive. 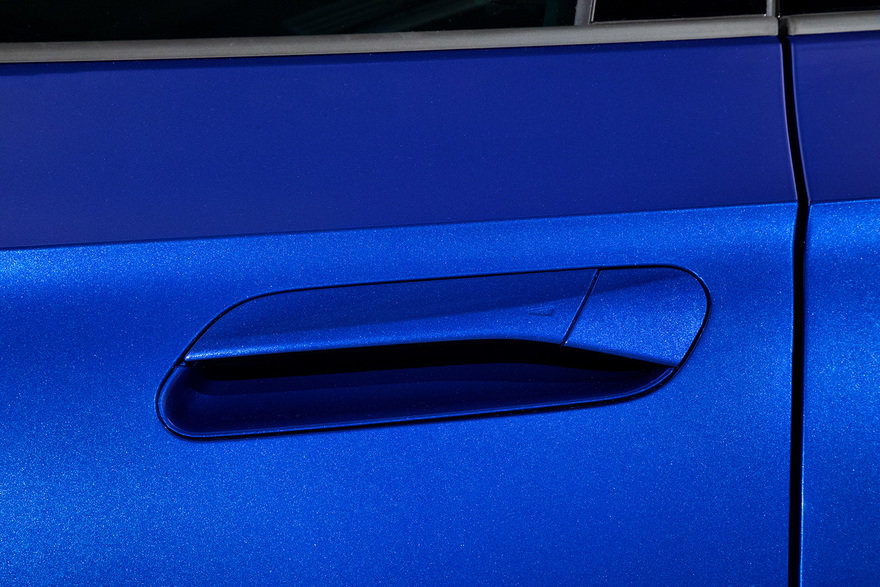 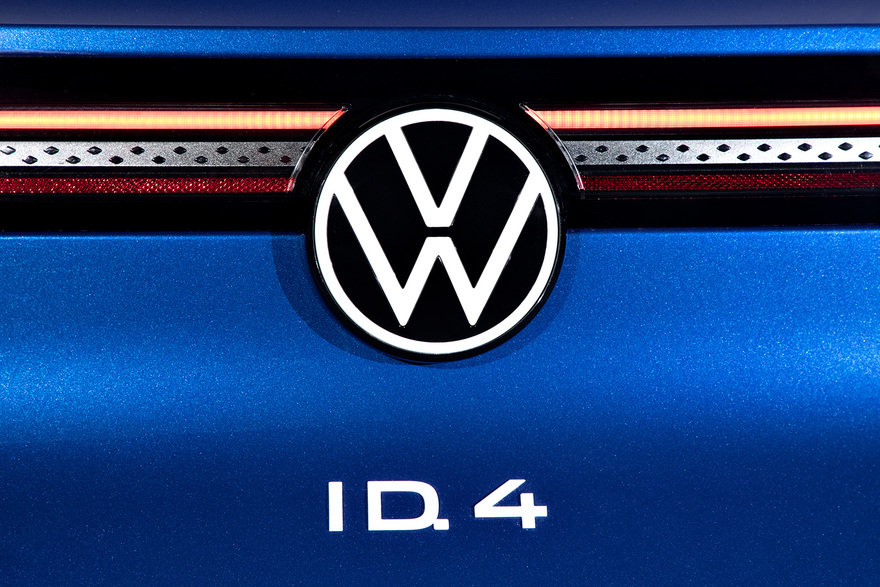 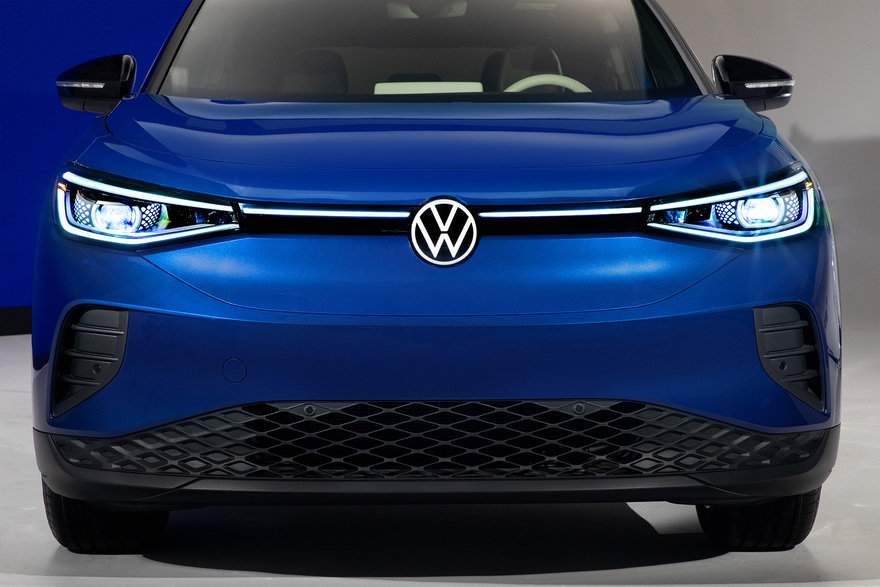 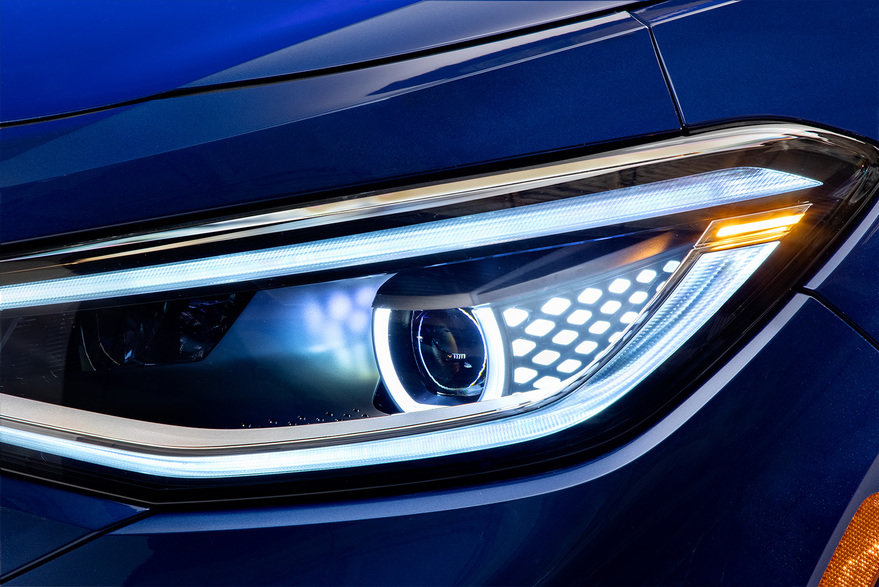 In the rear, the wraparound taillights are calm and sensical, resisting the current trend to wander off into weird protuberances and crazy angles. 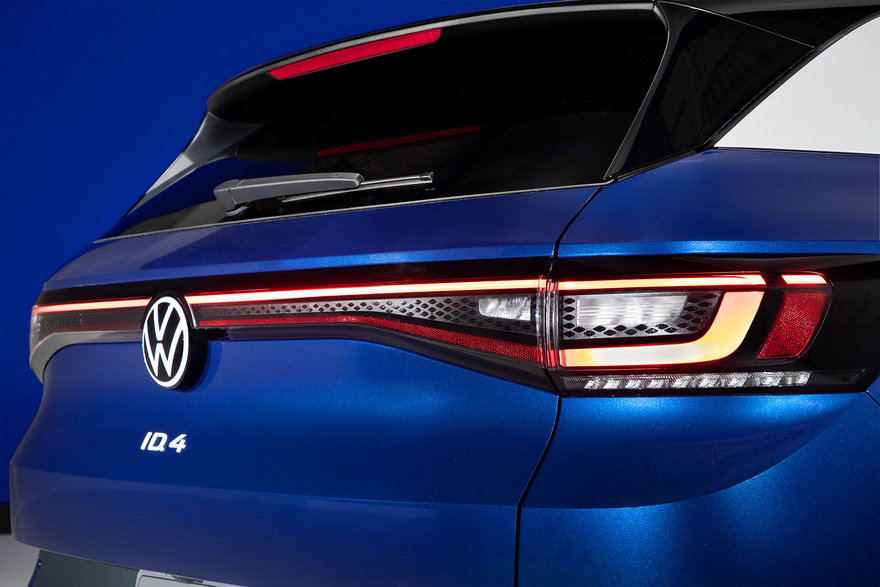 As with most electric cars that lack conventional drivetrains, I would like to see more functional storage at the rear. The ID.4, perhaps because it has the engine over the rear wheels, does not offer the deep storage I'd imagine is available on a car that's essentially a skateboard form, with a low-slung floor composed of battery cells. 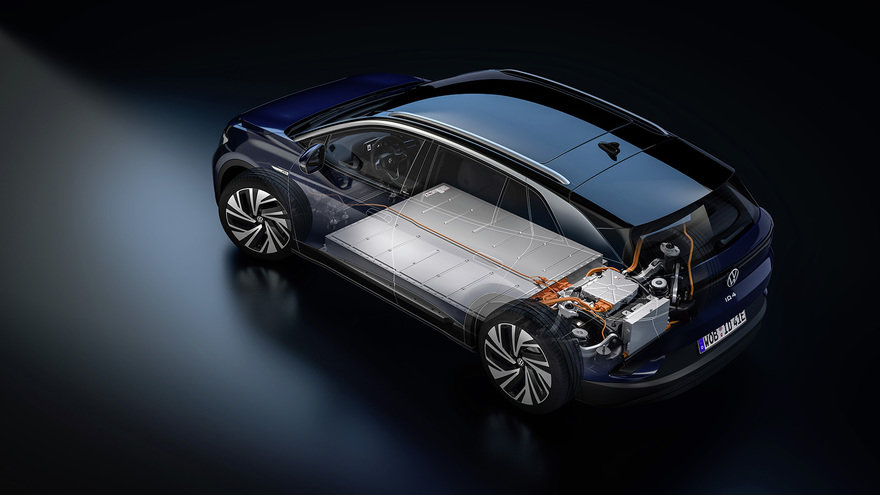 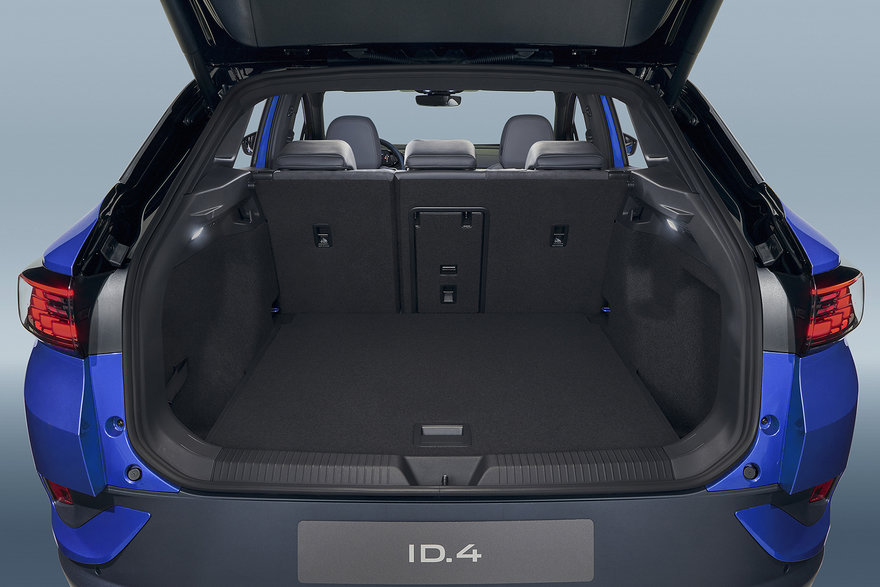 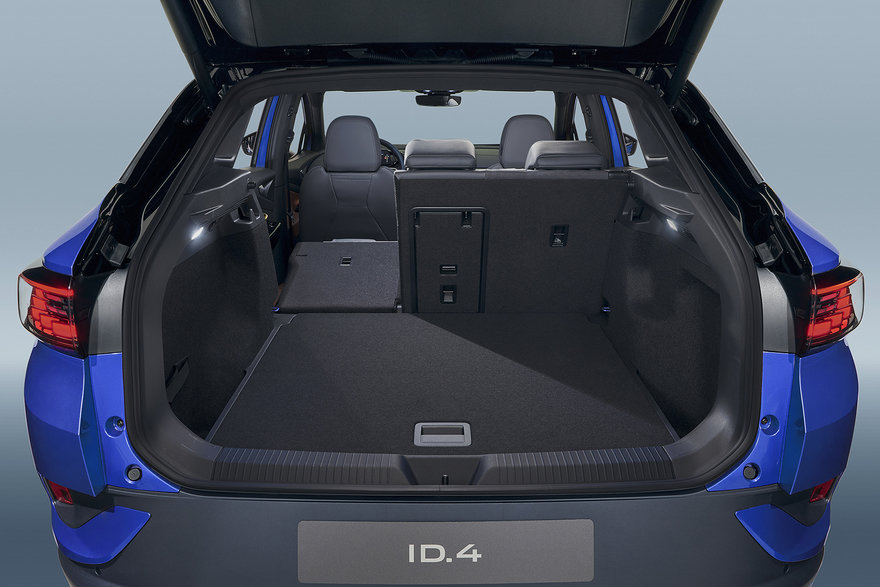 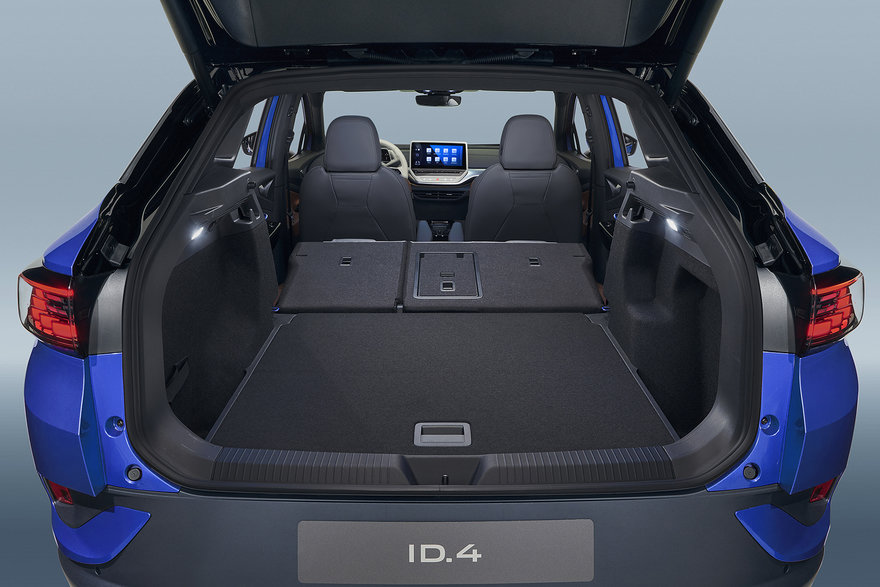 I'd like to see more images of the interior, which are scant at this point, suggesting the designers are still working out what the production version will look like. At present we can see the center screen is driver-centric, tilted slightly away from the passenger. This is one of those design details where an industry-wide standard does not yet exist; look at the Honda e's center screen, which is oriented neutrally, and sits alongside another screen that appears to be exclusively for the passenger's use. 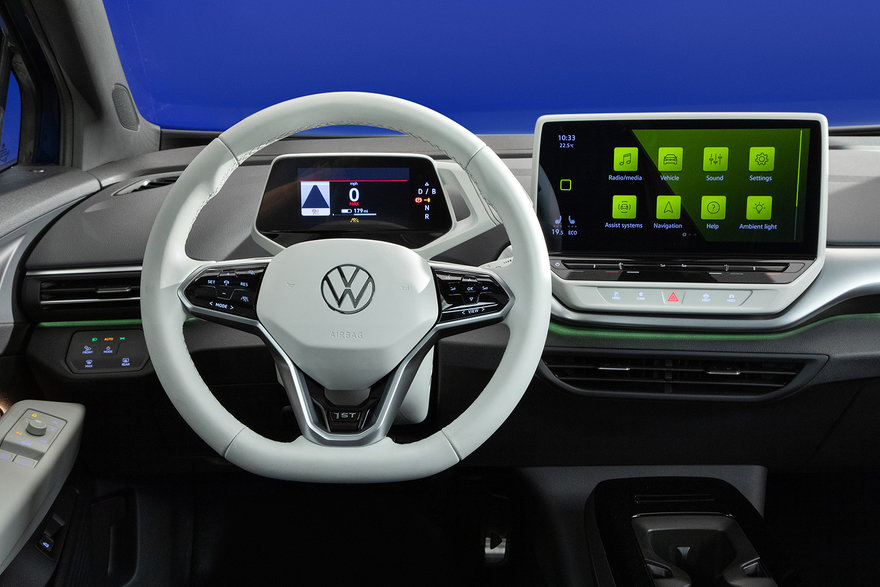 In the center console we see a sort of smartphone cave, shrewdly located and angled so that the phone's screen is not easily visible to the driver, presumably to prevent distracted driving. 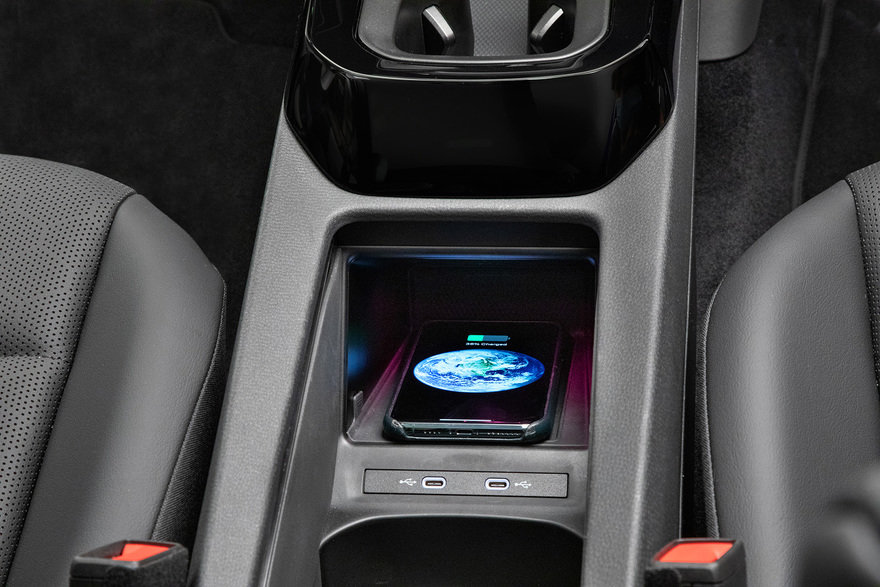 Lastly VW shows us this cheeky touch, with the pedals referencing audio player controls. I wonder if there was debate as to whether the brake pedal should read "STOP" or "PAUSE," philosophically speaking, or if the "PAUSE" symbol simply offered better grip than a square. 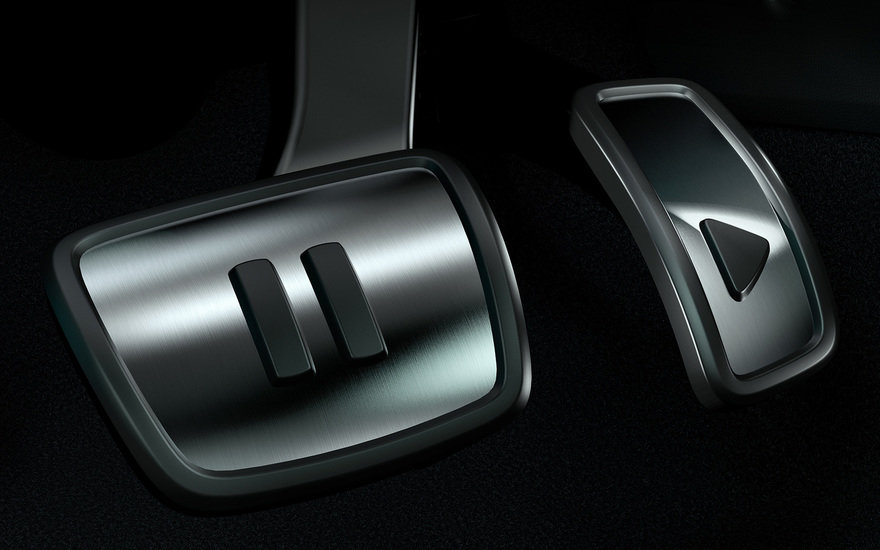 The ID.4 will launch in early 2021, with models initially being produced at VW's Zwickau plant in Germany. But in 2022 production is scheduled to shift to Chattanooga, Tennessee--which VW reckons will drop the price by another five grand. With a pre-subsidy price of just $35,000 versus the Model Y's $50,000, the ID.4 looks to be a problem for Tesla, and a boon to the uptake of electric cars in America. 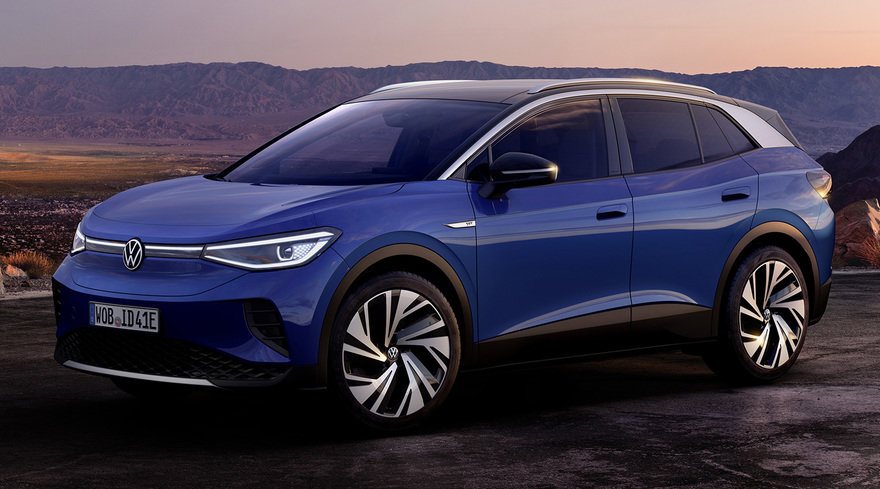