It's like a canvas tool roll, but in plastic

In 1973, Dutch filmmaker Samuel Meijering was reportedly "distracted while working on a film script by the clutter on his desk" and started sketching an object to hold errant items. We assume he was inspired by canvas tool rolls. He subsequently created mockups of his design in cardboard, inventing what would come to be called the Rolykit, which was ultimately produced in plastic: 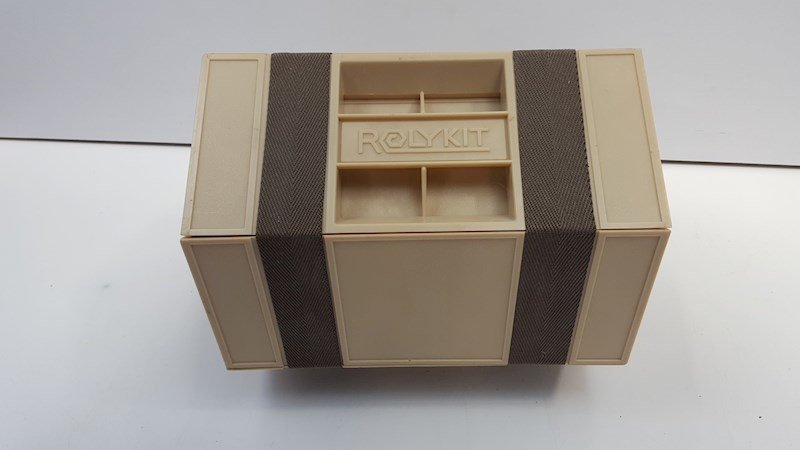 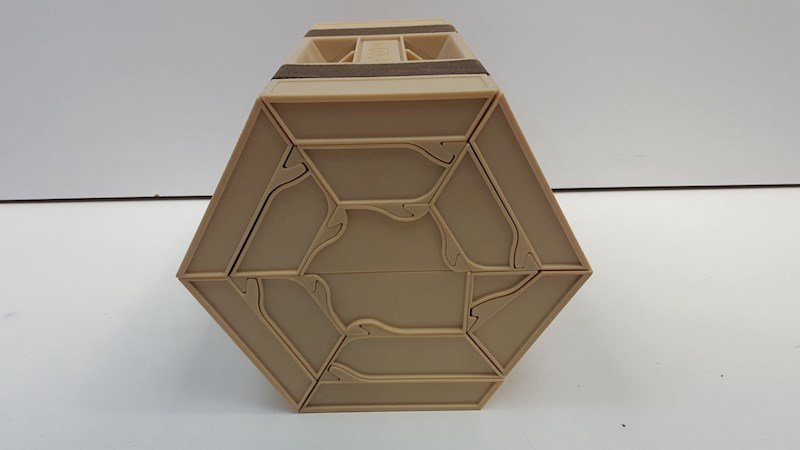 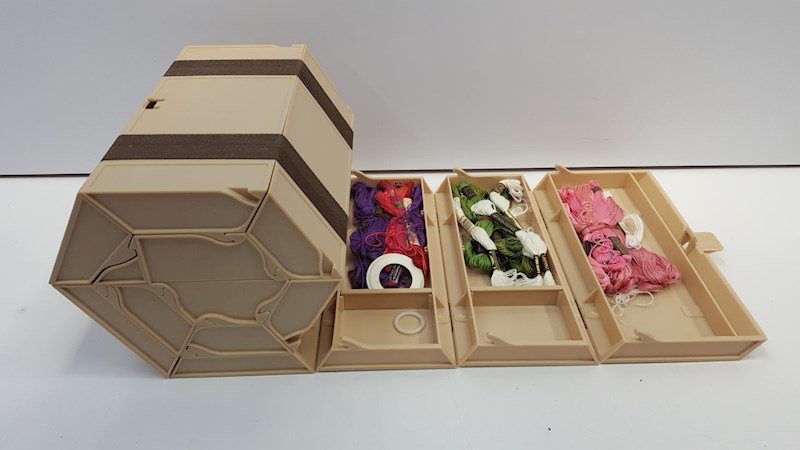 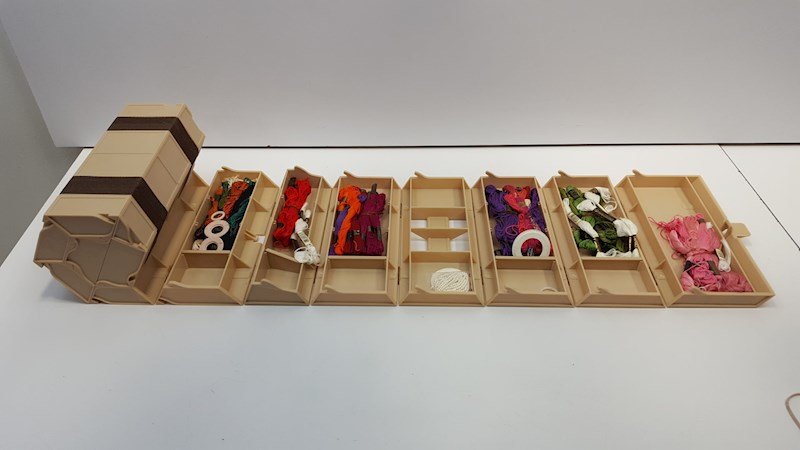 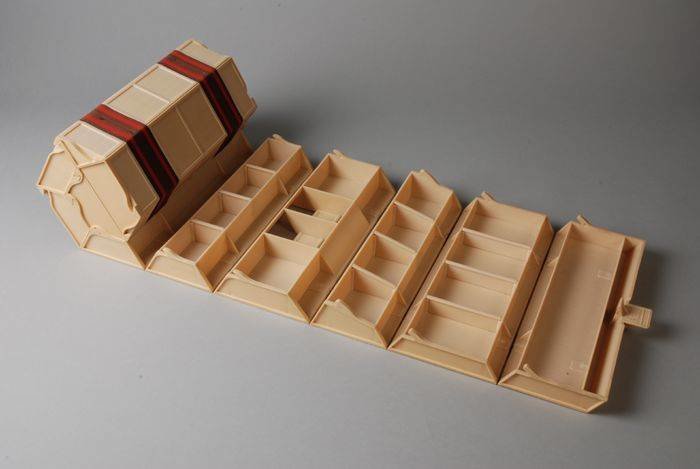 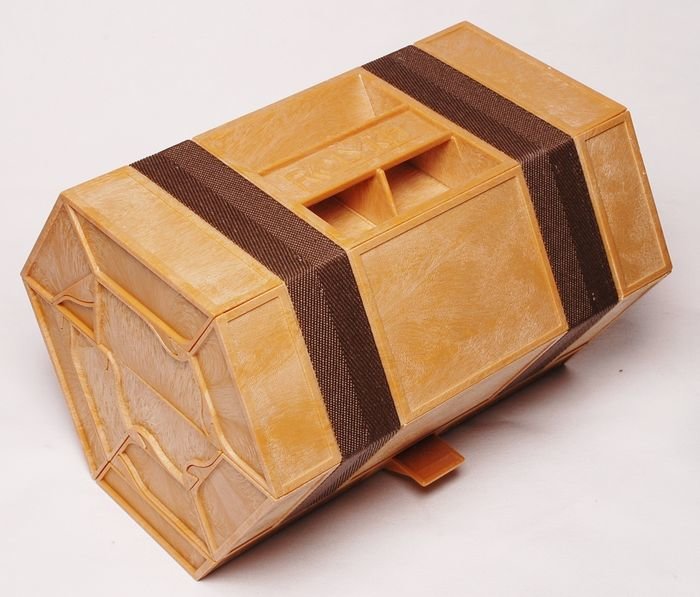 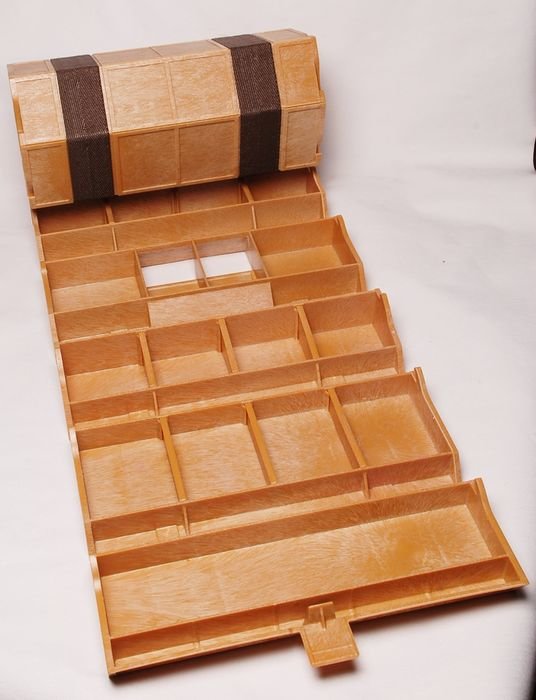 Meijering sold the rights to a Dutch company that went on to sell millions of them. By the 1990s the Rolykit had made its way to the 'States, courtesy of entrenpreneur Joy Mangano and the Home Shopping Network:

They appear to no longer be in production, but you can still find them on eBay in the $25-$50 range.