Looks Like a Car, But Rides in the Bike Lane: The CityQ E-Bike

It's like a riddle: What kind of bicycle has more than two wheels, and pedals but no chain?

The answer is the forthcoming CityQ e-bike, an electric four-wheeler aimed at those who'd like to avail themselves of the greener lifestyle of a cyclist, but perhaps don't feel comfortable on your standard two-wheeler. (The elderly come to mind.) The pedals aren't connected to a chain, but instead help charge the battery, which can otherwise be charged by plugging into an ordinary socket. 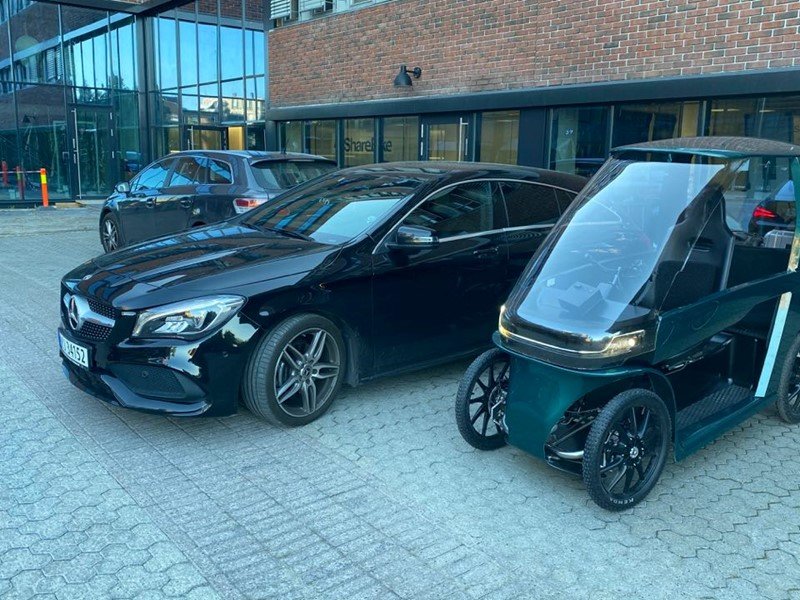 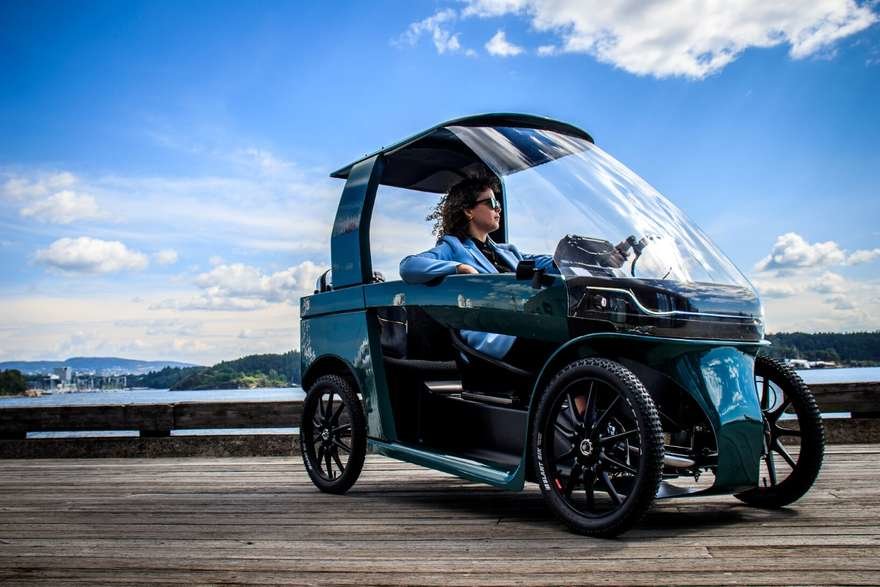 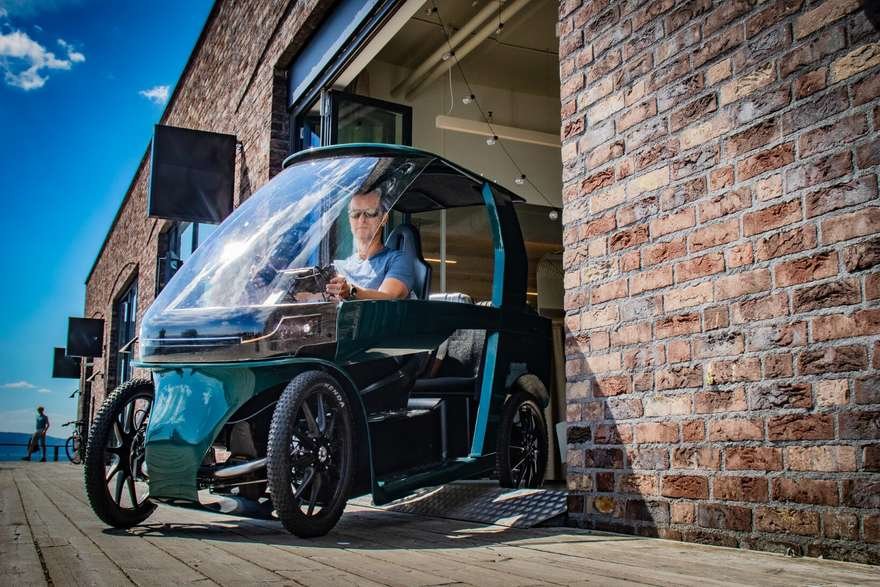 The bike can be configured for one rider and cargo space, one adult and two kids, or two adults sitting fighter-jet-style. The Norway-based developers are betting that staying out of the weather, while still being legally allowed to ride in bike lanes, will draw those who might not otherwise choose to cycle. 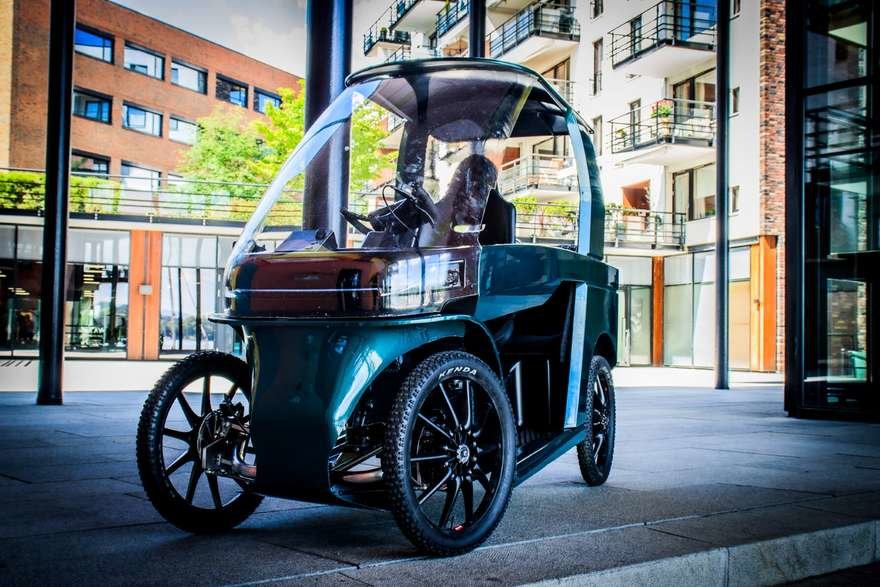 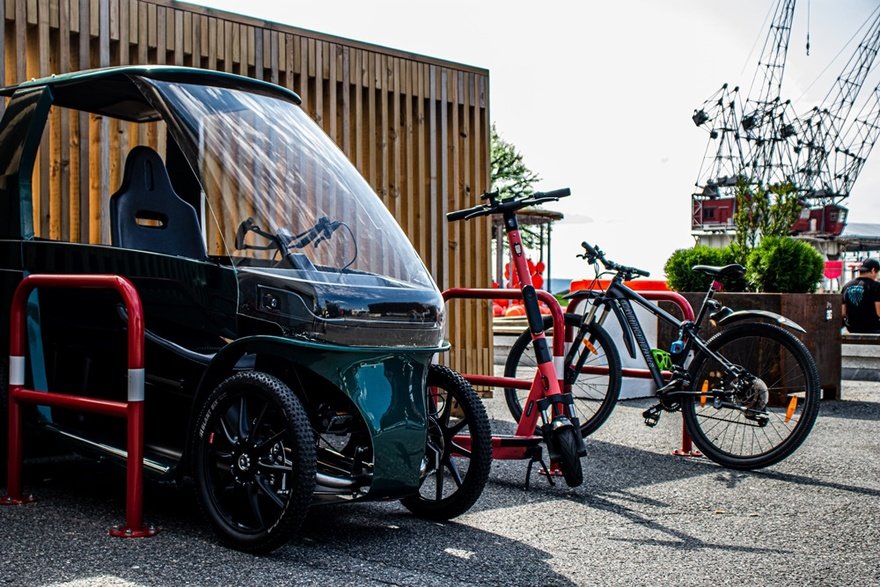 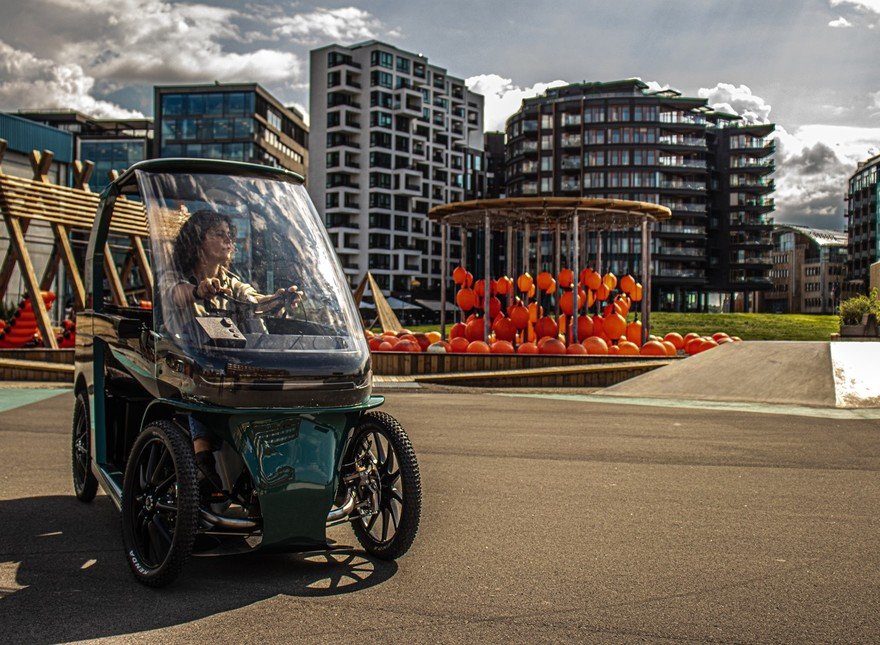 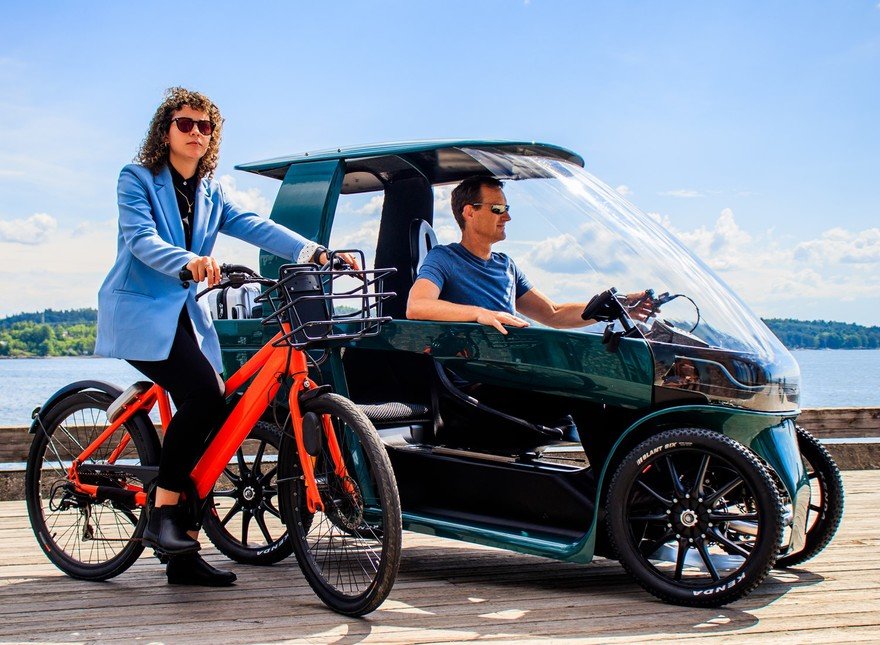 One factor they may not have considered for the American market, is how hostile the occasional cyclist can be here. In NYC, for instance, I can picture riders yelling at one of these to get out of the bike lane.

Looks Like a Car, But Rides in the Bike Lane: The CityQ E-Bike