It's called "The Line," of course

Saudi Arabia's Crown Prince Mohammed bin Salman has been working on Neom, a new city he plans to build from scratch in the northwestern corner of the kingdom. While a startup city is already an unusual idea, so too is the shape they're going with: MBS has announced that the city will be a 170km (105 mile) straight line. 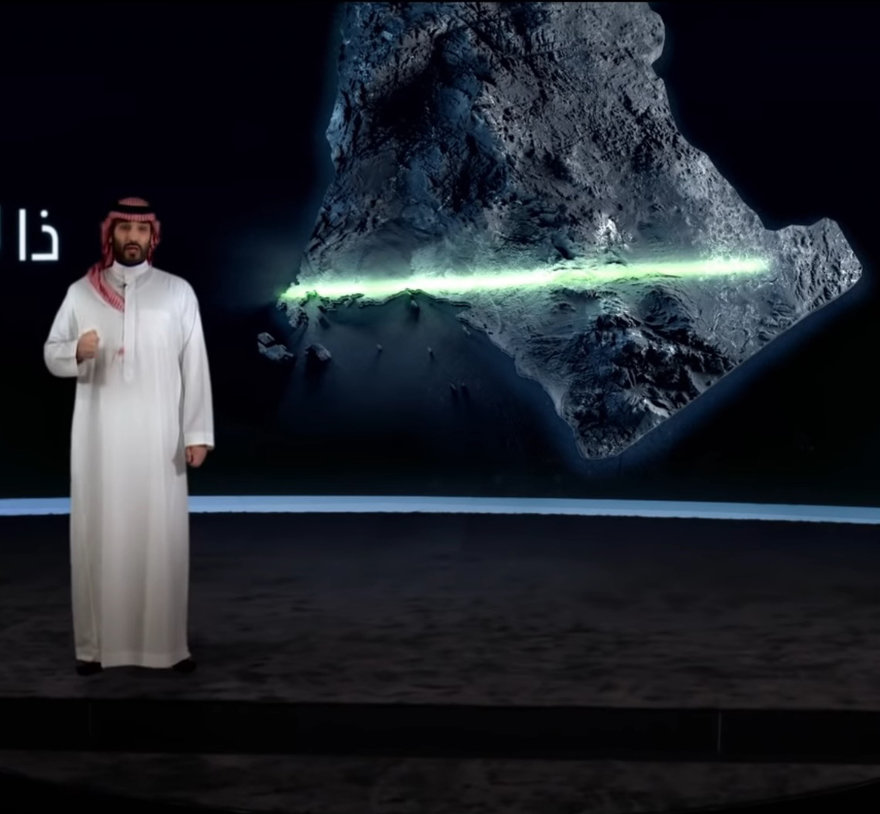 Colloquially referred to as "The Line," this vision of Neom will apparently consist of a series of repeating modules. Each module will be a self-contained neighborhood with all necessities reachable in a five-minute walk. Cars and streets will exist only on a sublevel, leaving the surface level walkable and green. Furthermore, MBS says traversing the entire city will take 20 minutes, presumably via the Hyperloop-like craft illustrated in a second sublevel.

Here's the pitch video. It's four minutes long, but if you're short on time, skip ahead to 1:47:

You can see more details here.