It must have been fun to design cars in the early 20th century, before they had the form factors figured out. Initially they imitated their predecessors--horse-drawn carriages--until the 1920s and '30s, when designers and engineers allowed the function to shape the form. 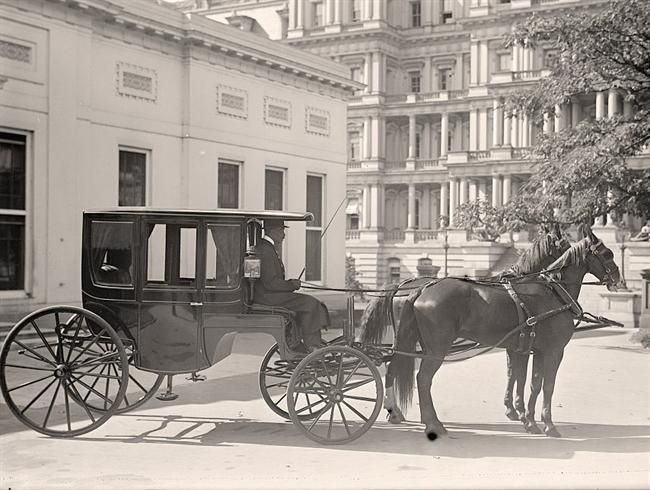 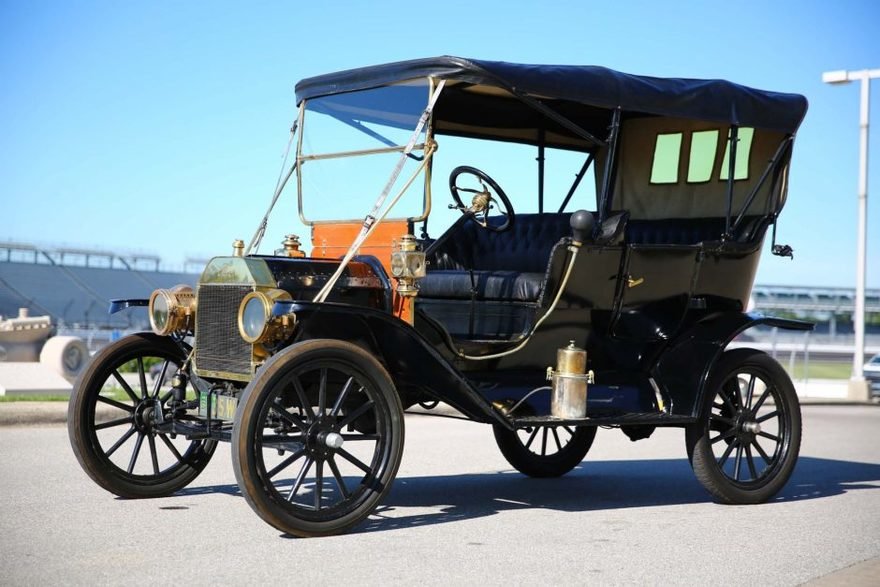 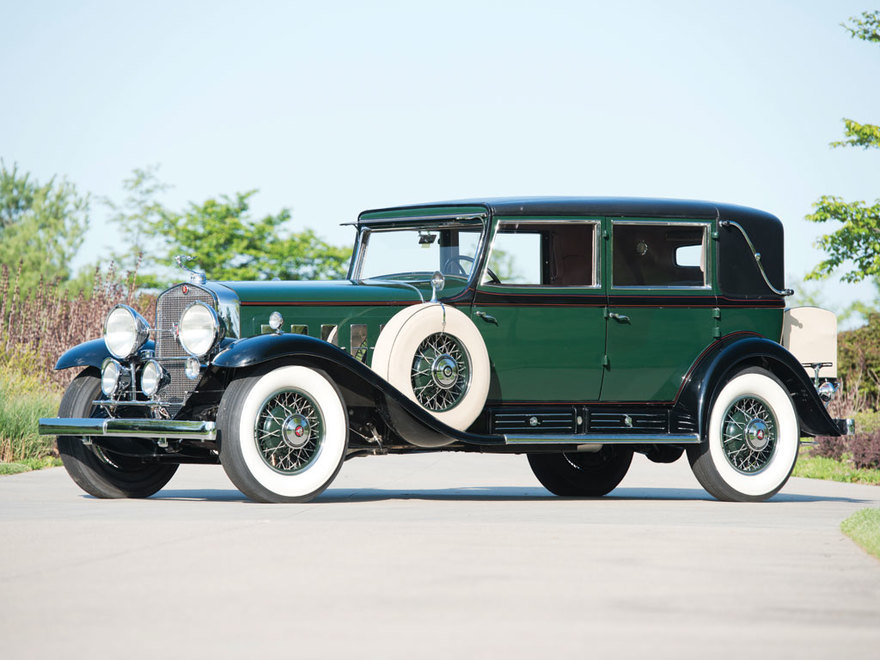 I feel like designers of personal flying vehicles have jumped directly to that 1920s step. Rather than aping what came before--helicopters and airplanes--the design team at Jetson, a flying vehicle startup, are going pure form follows function.

In 2017, when designing their prototype, they decided that an H-shape (in plan view) was most appropriate, with a rotor at each corner and the passenger seat in the center. For the sake of safety, each rotor was doubled. The redundancy ensures that "an engine failure would not be a catastrophic event," they explain.

After successful testing in Italy in 2018…

…they then began refining the form. Their challenge was to find the most structurally-sound way of connecting the rotors with the seat, while balancing weight and basic safety concerns. I think what they've come up with is quite beautiful: 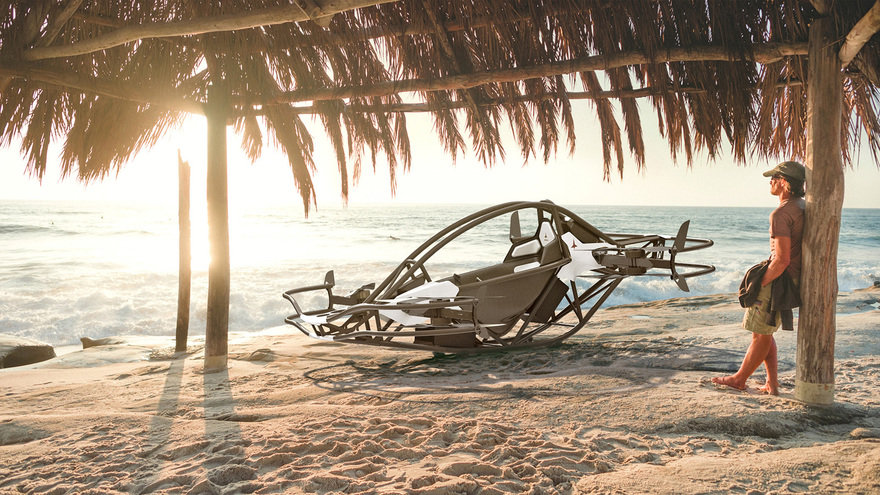 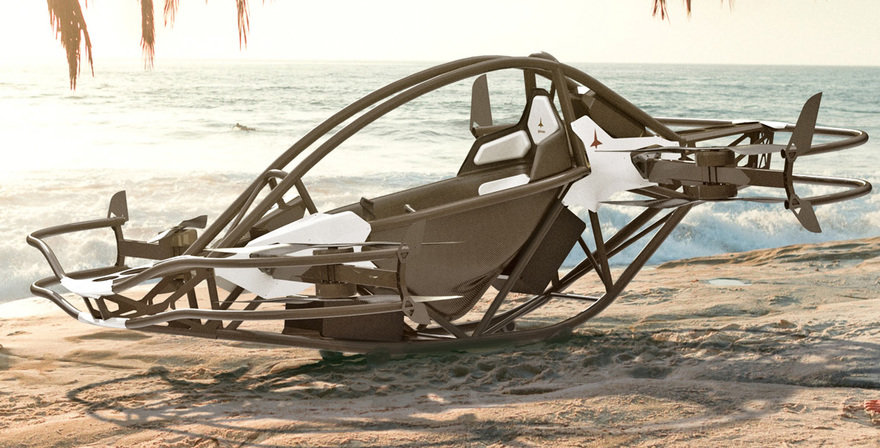 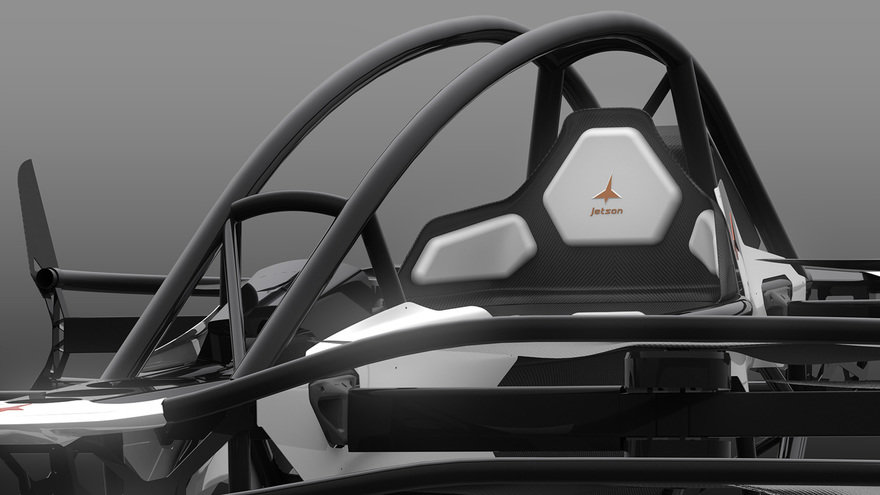 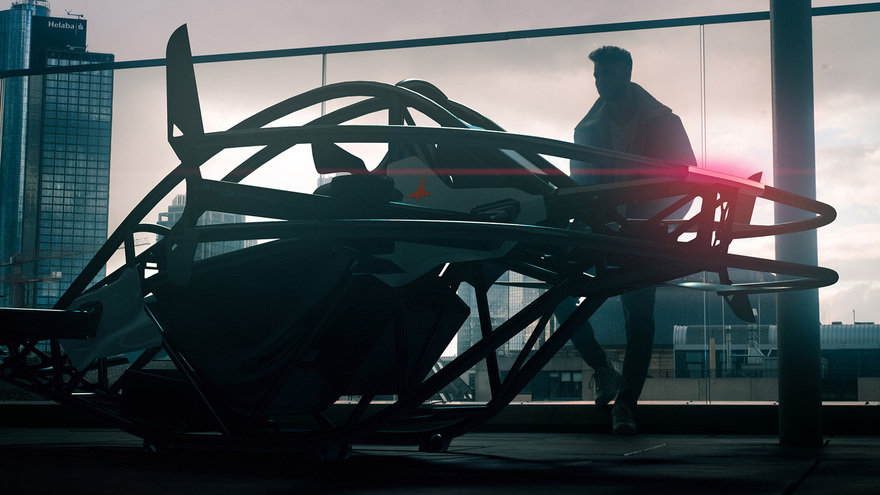 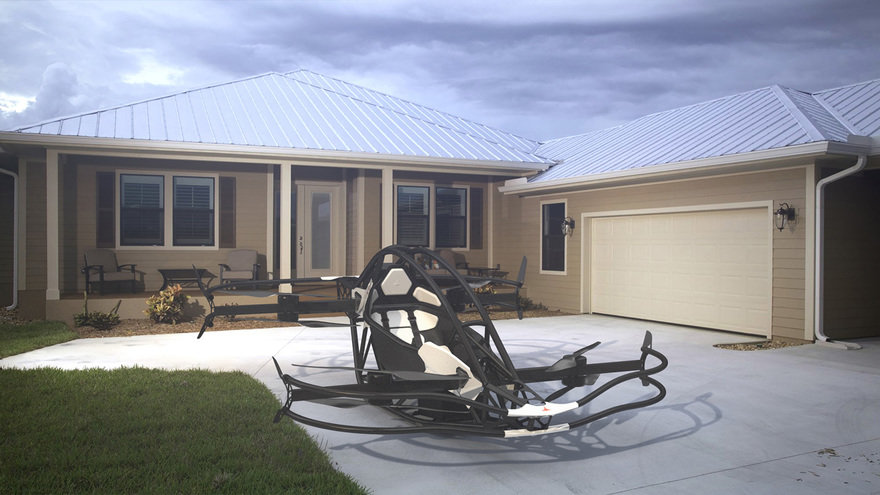 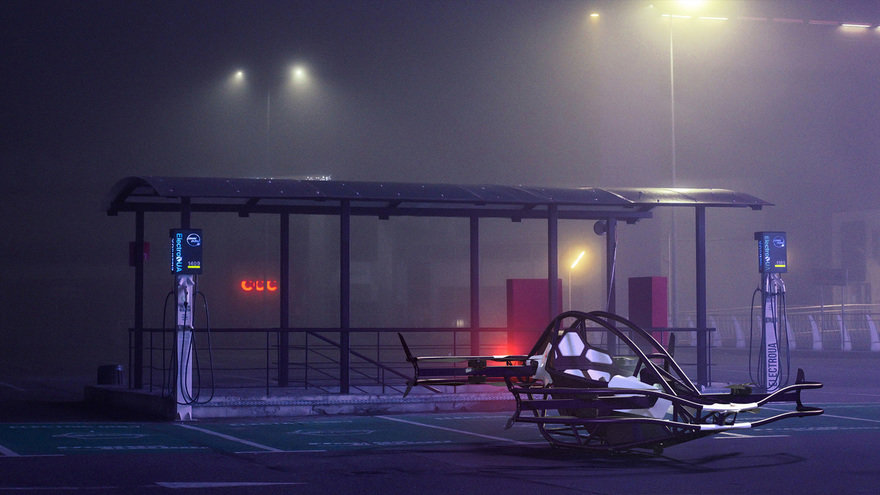 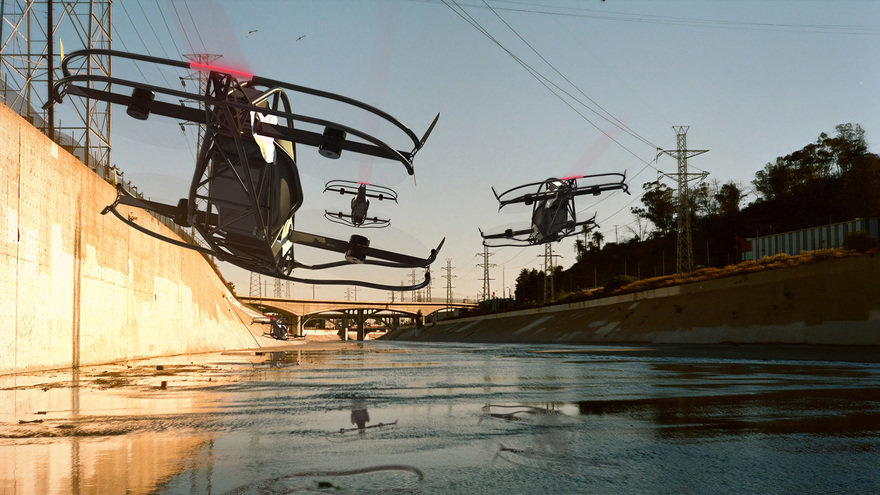 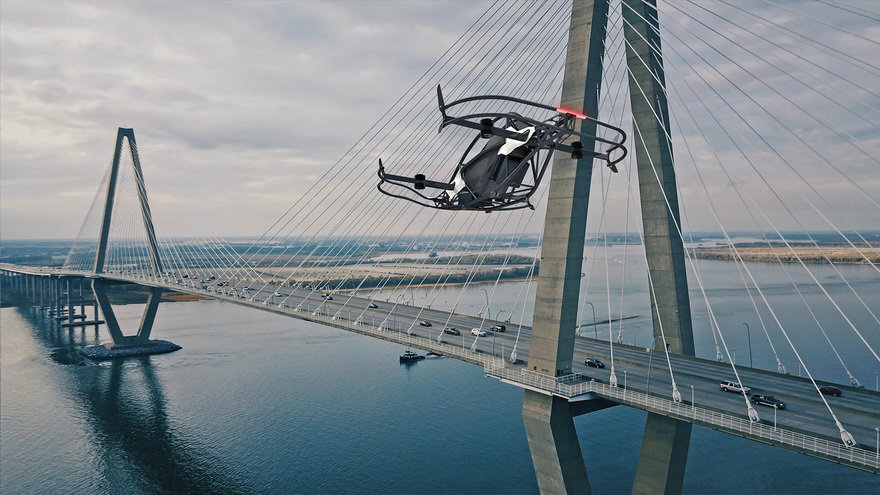 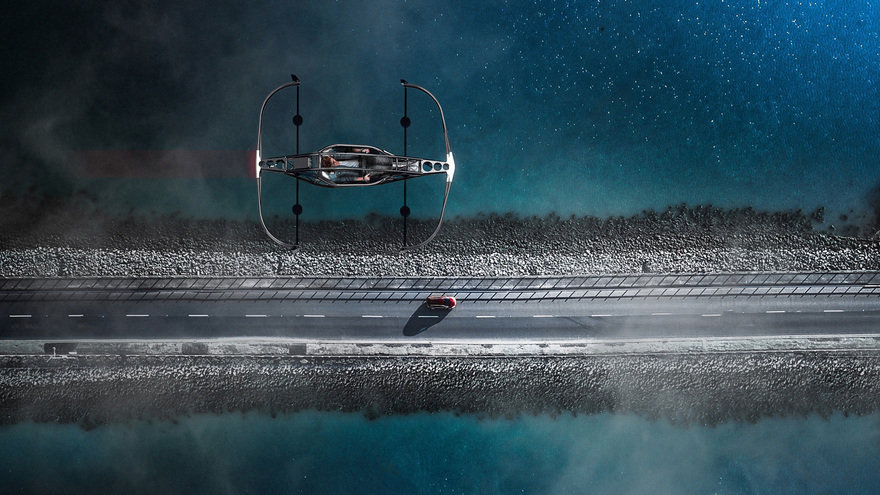 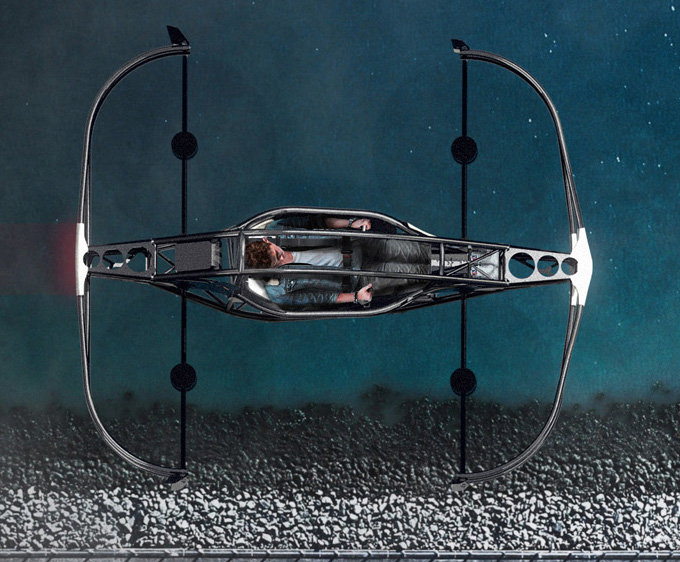 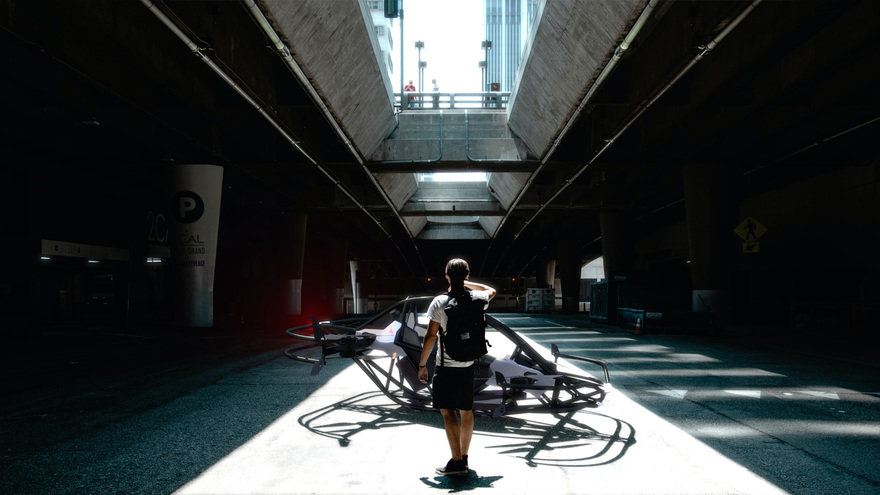 They completed the design last year during the pandemic--and orders for the $59,000 machine have already started coming in. They've got just 12 build slots for a fall 2022 release, and eight are already filled. 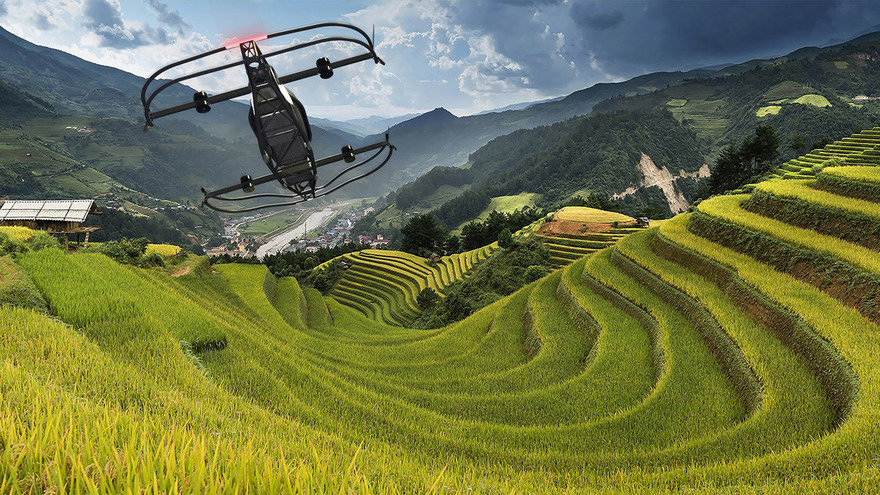 Regulations aside, what kinds of skills will it take to fly the thing? "By simple controls, we could move up, left, right, anywhere we wanted to go," the company writes of the prototype. "Perfectly stable, with the fly-by-wire system we had developed. If we took our hands off the joysticks, our machine simply stopped and hovered in the air.

"With our ultra-simple flight control system we were sure that everyone could be a pilot. This was the future of personal transport where you could effortlessly go, in the air, directly from start to destination without standing still in traffic ever again." 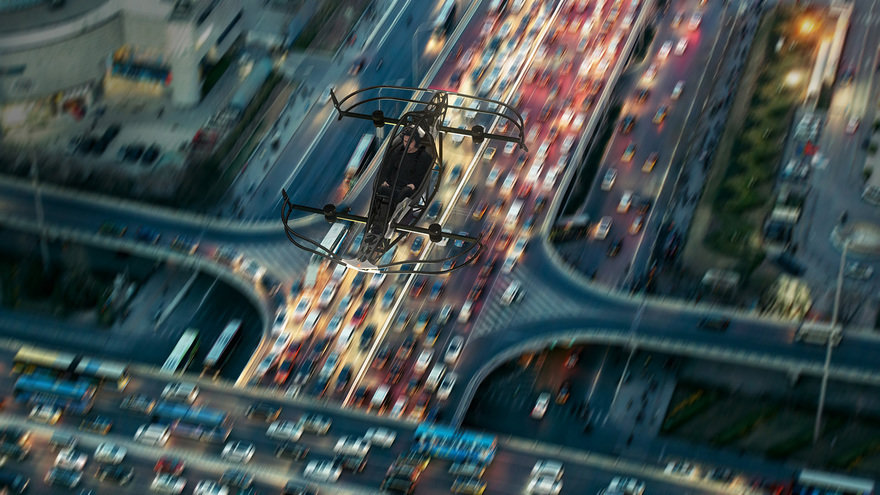 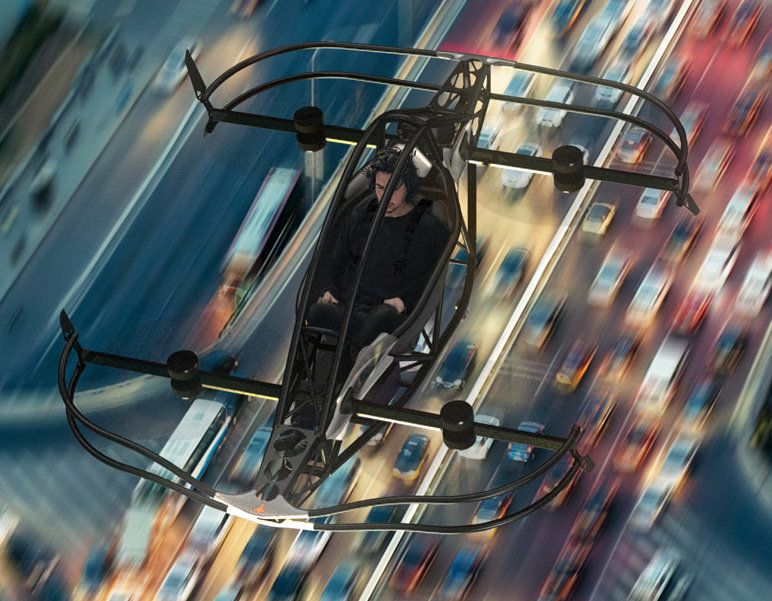