The Speedbox: A Rolling Carry-On For Combat Zones

Designed by an ex-Special-Forces soldier, it has civilian applications too

As a Green Beret deployed during Operation Enduring Freedom, Matt Summers was part of a four-man team setting up a firebase outside of Kandahar. Two CH-47 Chinook helicopters choppered in to deliver their gear…by landing 400 meters away, literally kicking the boxes of gear out of the choppers, and flying off. 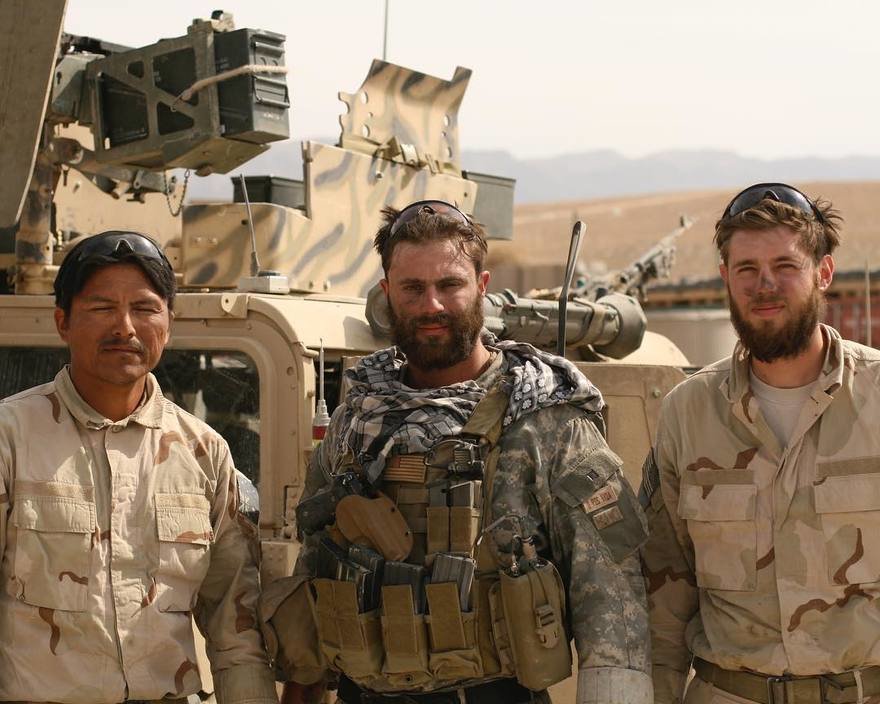 Interestingly, Summers doesn't fault the procedures as much as the boxes the gear was loaded in. Each box contained "mission-critical" gear and weighed 200-300 pounds; it took two to four men to move a single box over the 400-meter distance, and there were roughly 50 boxes. Not only did this become an all-day affair, but it provided "an unacceptable risk," he writes, "and less than stellar OPSEC [Operational Security]."

By 2006 Summers started designing a better military transport box in his head. The goal was to make it less like four guys moving a couch across the desert, and more like "pulling luggage through an airport." Summers subsequently partnered up with design firm BresslerGroup to help develop it, and by 2014 had his Speedbox in production.

Summers' patented design is a sort of a massive, rotomolded rolling carry-on. 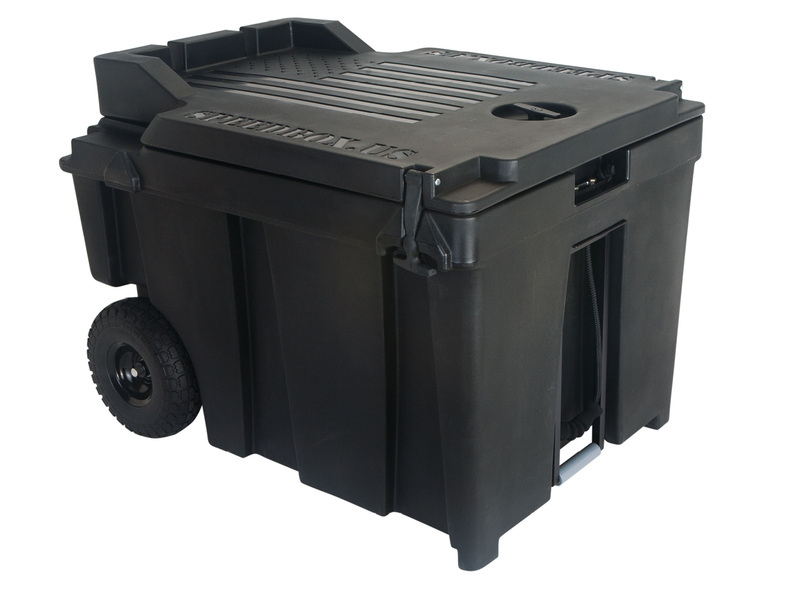 With a 70-gallon capacity, it's designed specifically to be stacked 3x3x3 on a standard military 463L pallet. 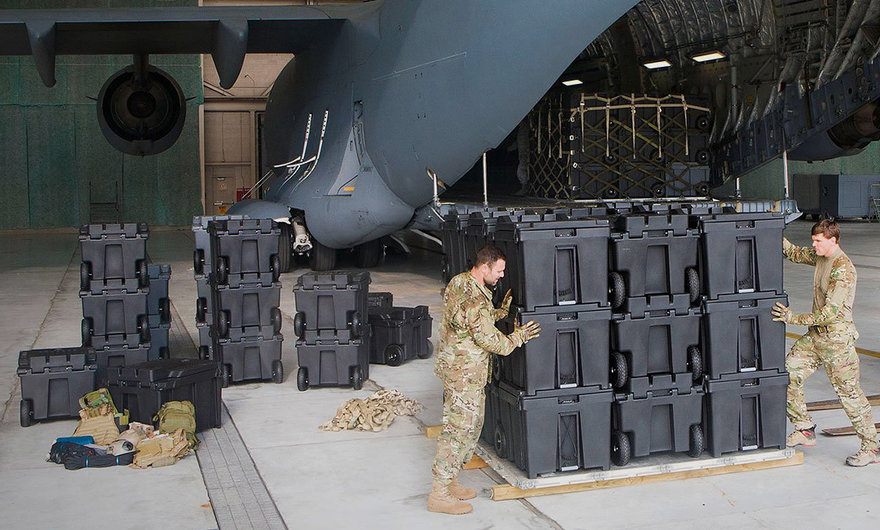 "The handle of one box snaps into the lid of the next one, linking them together for stable transport. Wheels and teeth tuck into the lid of the one below to prevent lateral sheer. Integrated lift points at intuitive spots make stacking and unloading a breeze."

They're tough enough that you can yank them off the back of a truck, fully-laden, with no fear of breaking them. 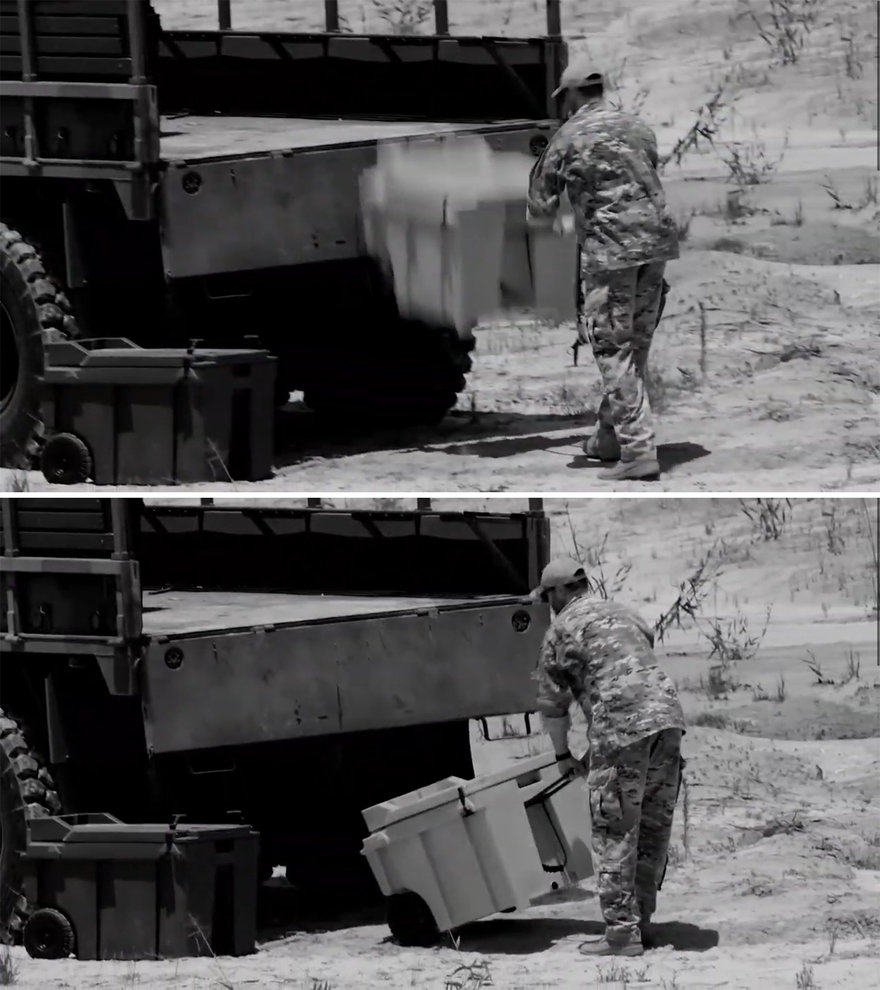 Featuring solid tires and a folding aluminum handle, one soldier can pull one of these across rough terrain by themselves, which would've made that day at the firebase a lot shorter. 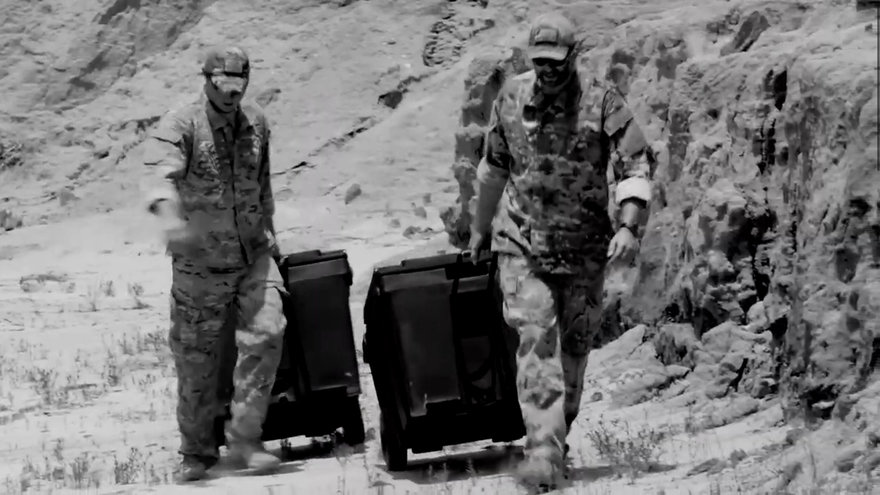 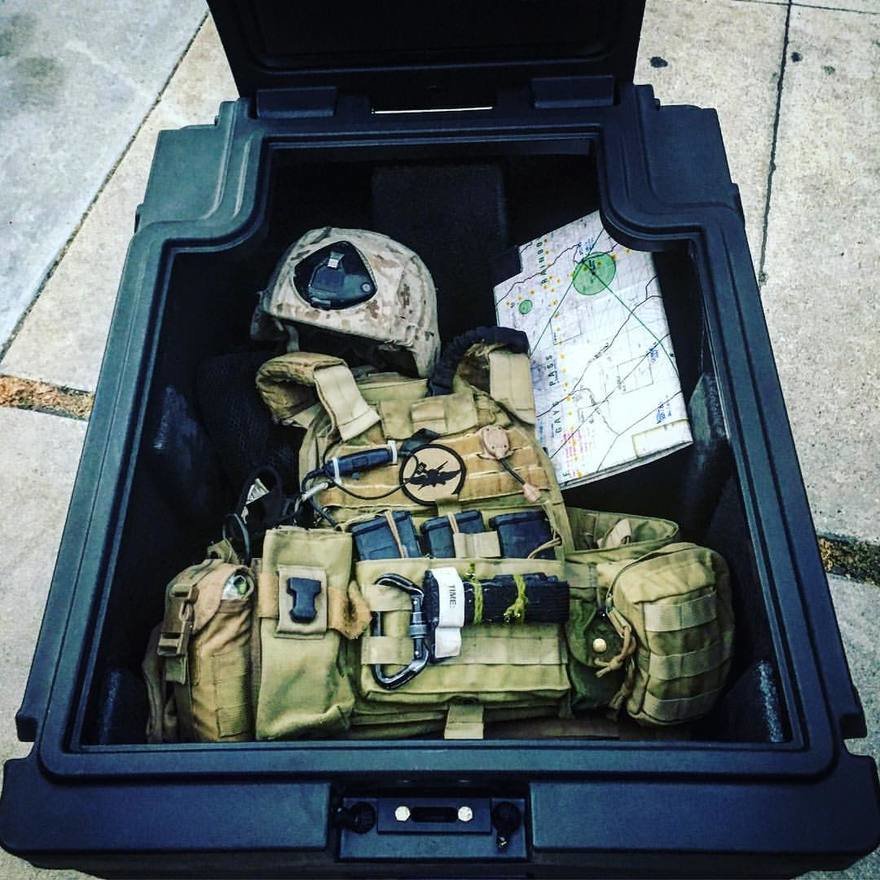 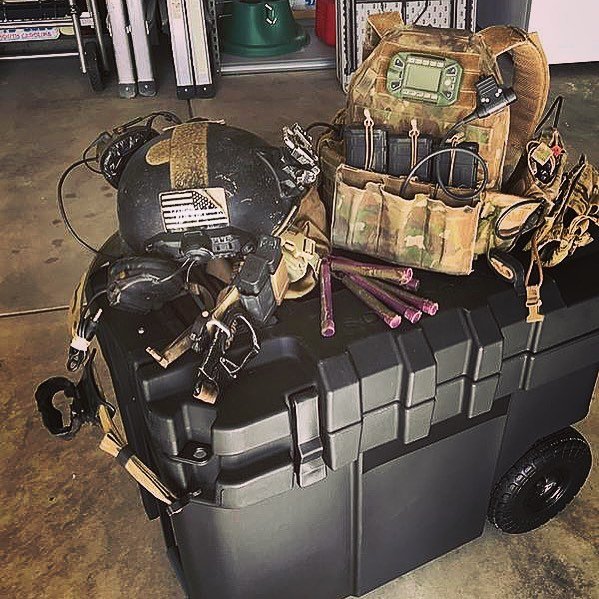 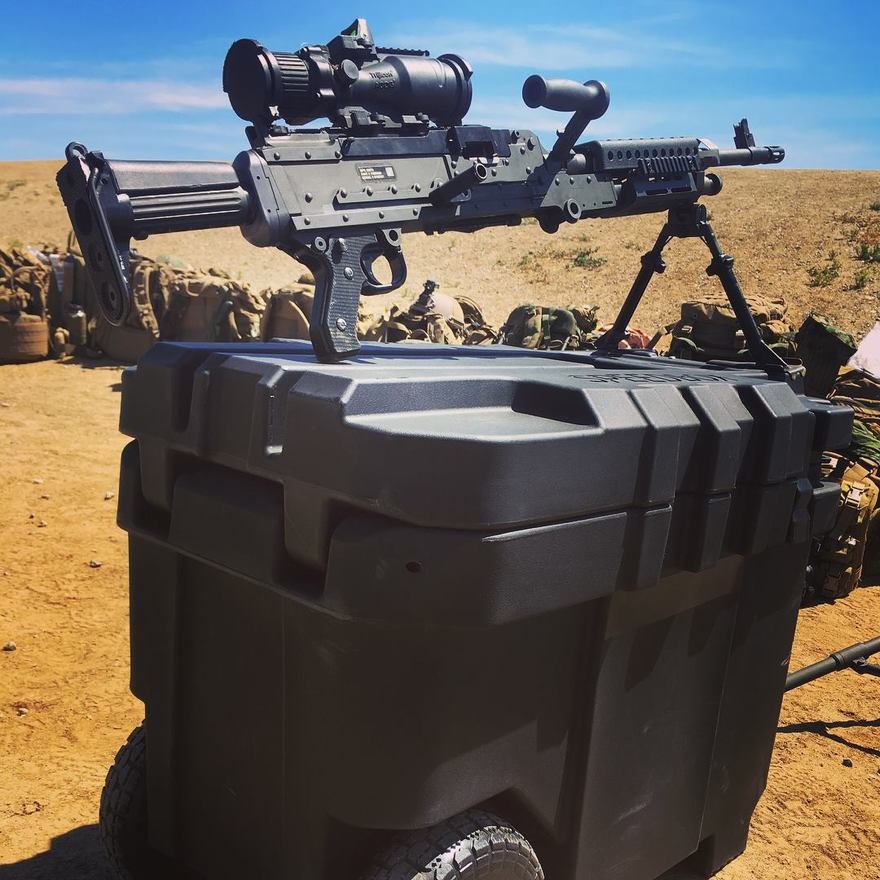 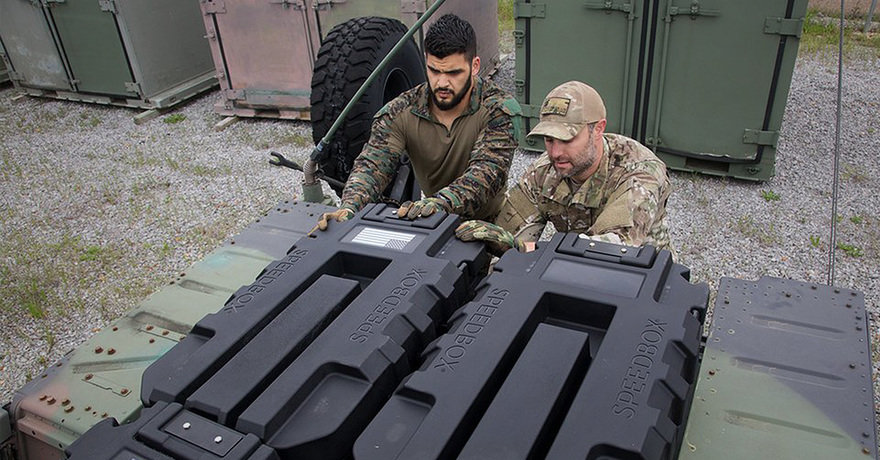 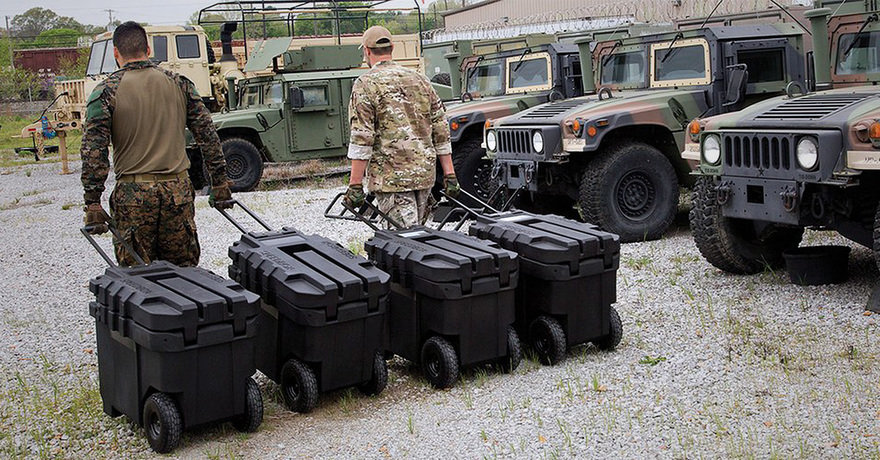 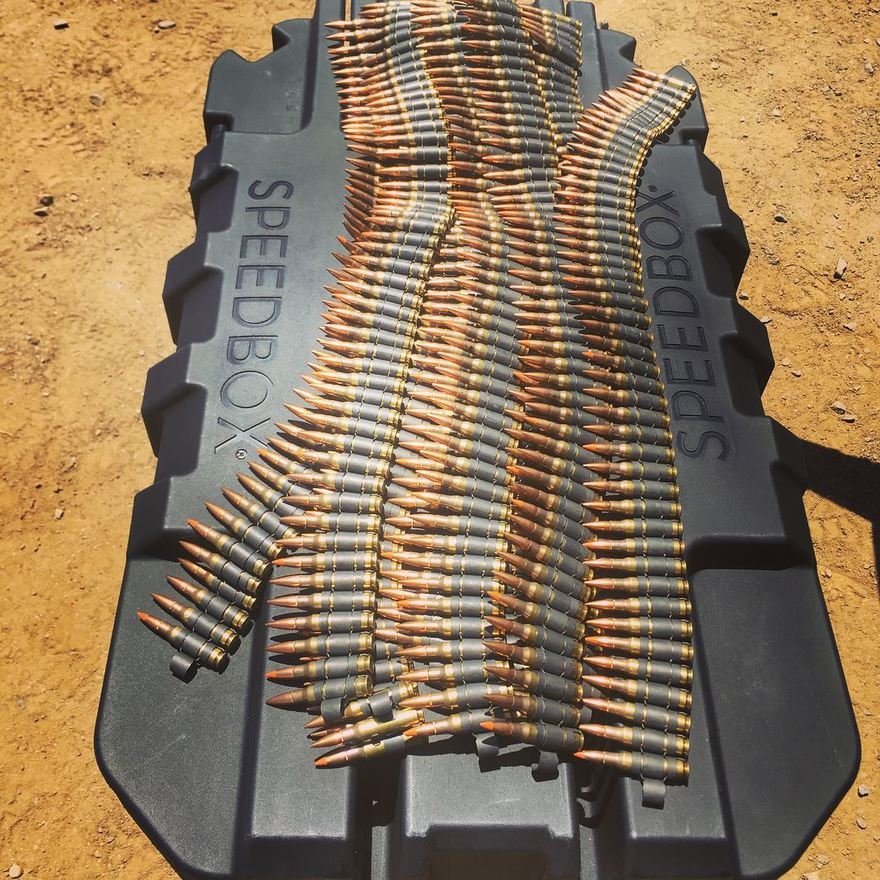 In addition to the original Voyager-70 model, Summers also sells a smaller 40-gallon model that's made to the same military-grade specifications, but in a more consumer-friendly design. 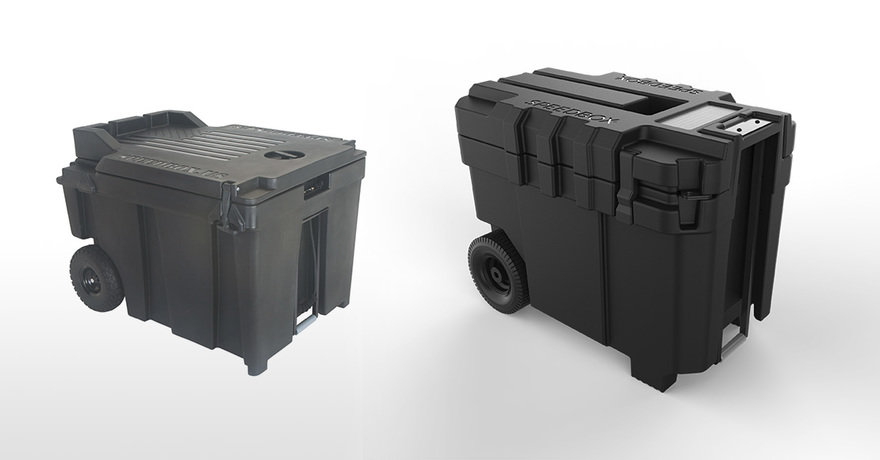 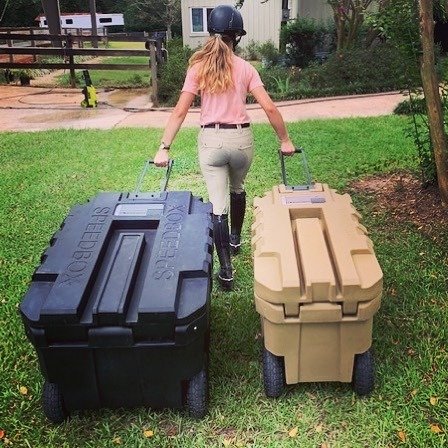 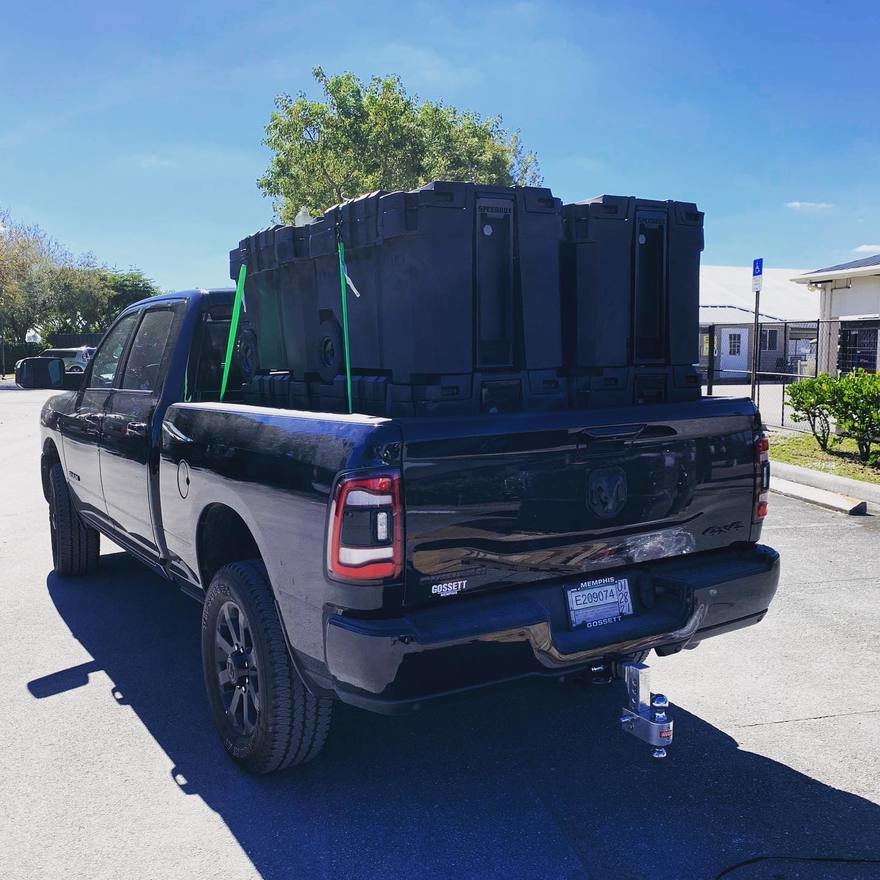 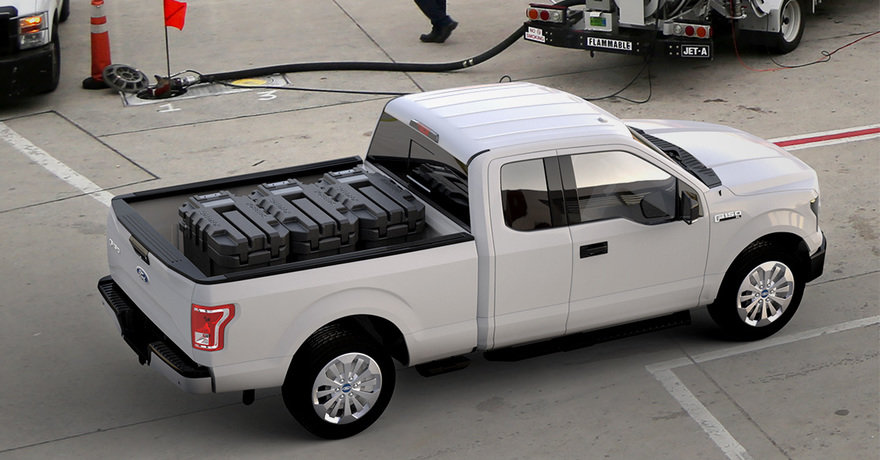 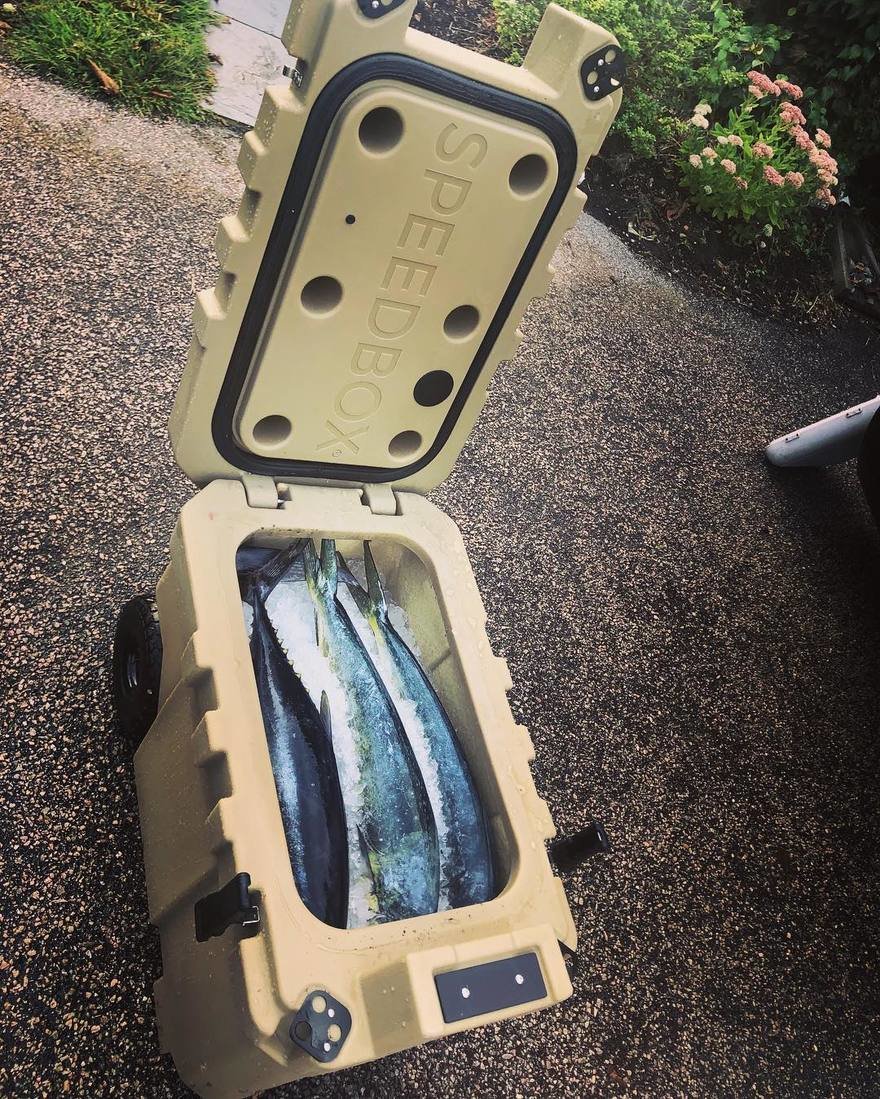 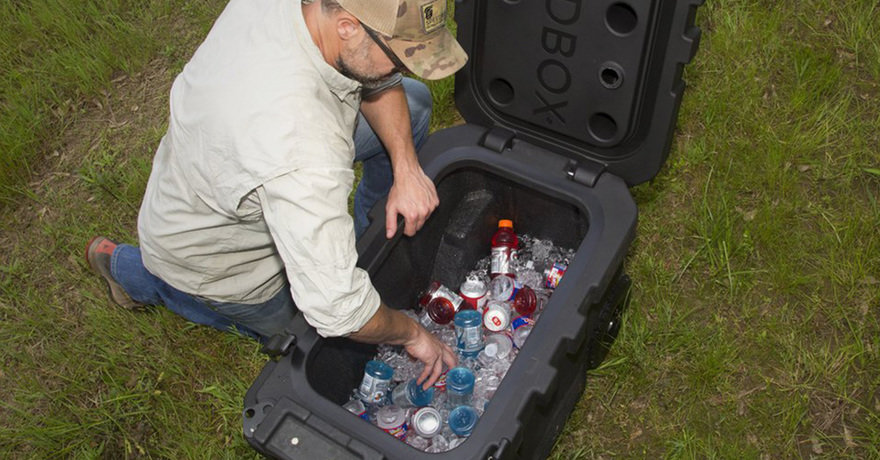 Here's Summers running down the features:

The Speedbox is made in the U.S.A.

The Speedbox: A Rolling Carry-On For Combat Zones