With the Power Station option, it can even charge other EVs

GMC has followed up on the unveiling of their bonkers 2022 Hummer EV with an SUV version slated for 2023. They've adhered to the welcome trend of also releasing the design team's early renderings: 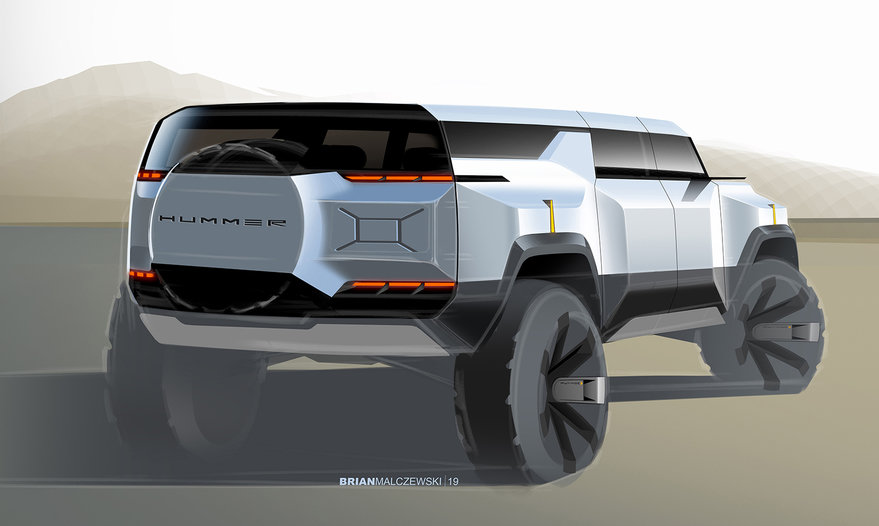 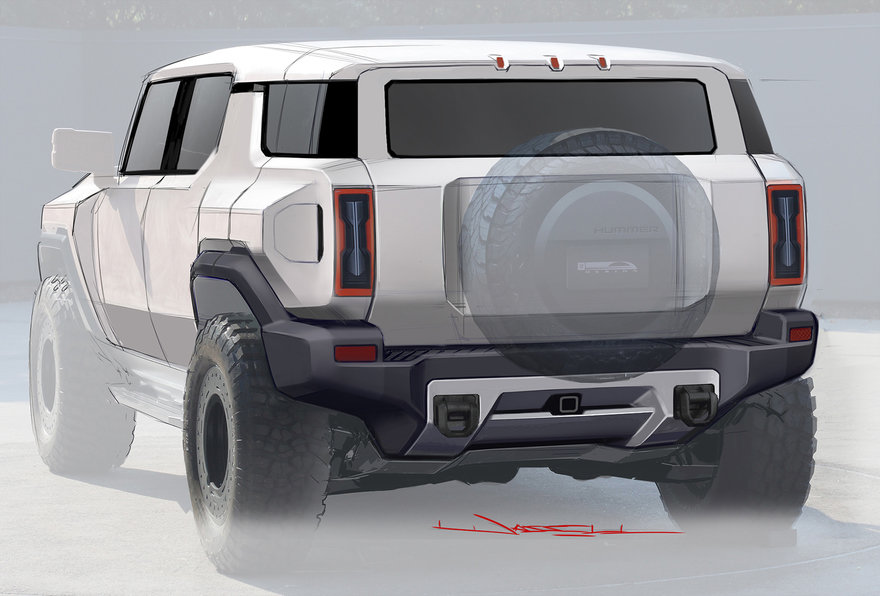 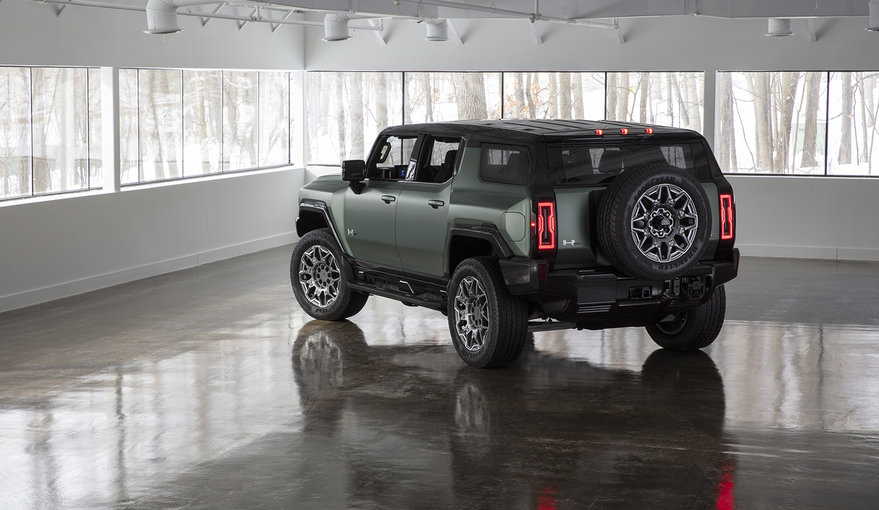 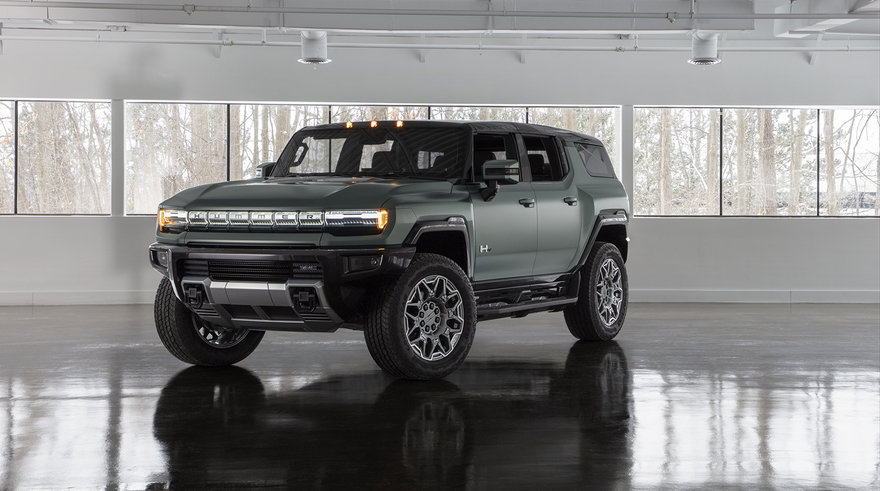 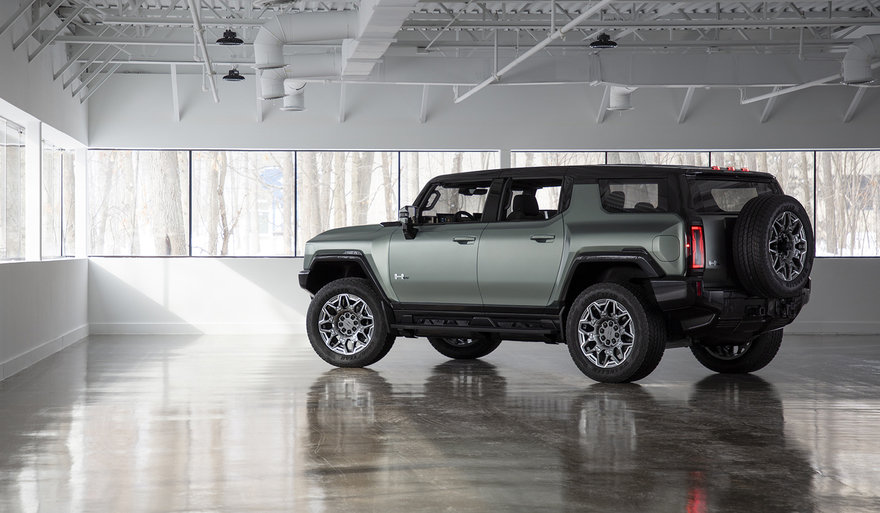 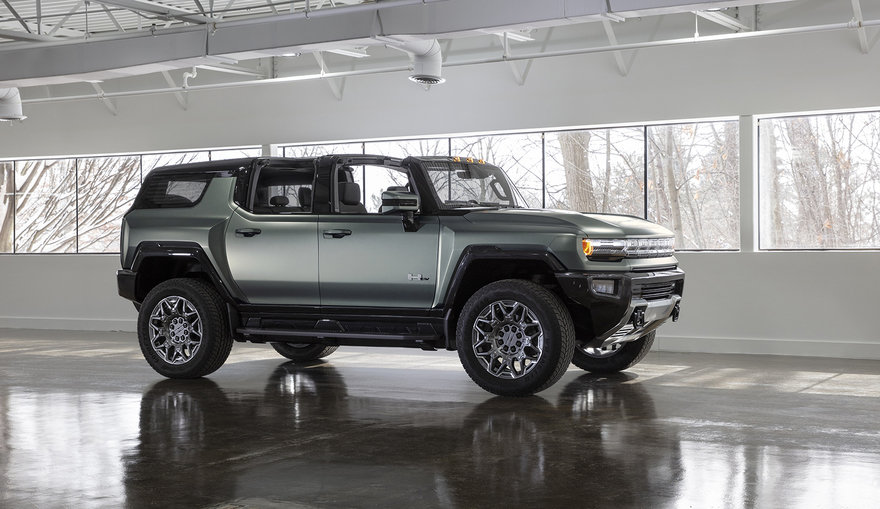 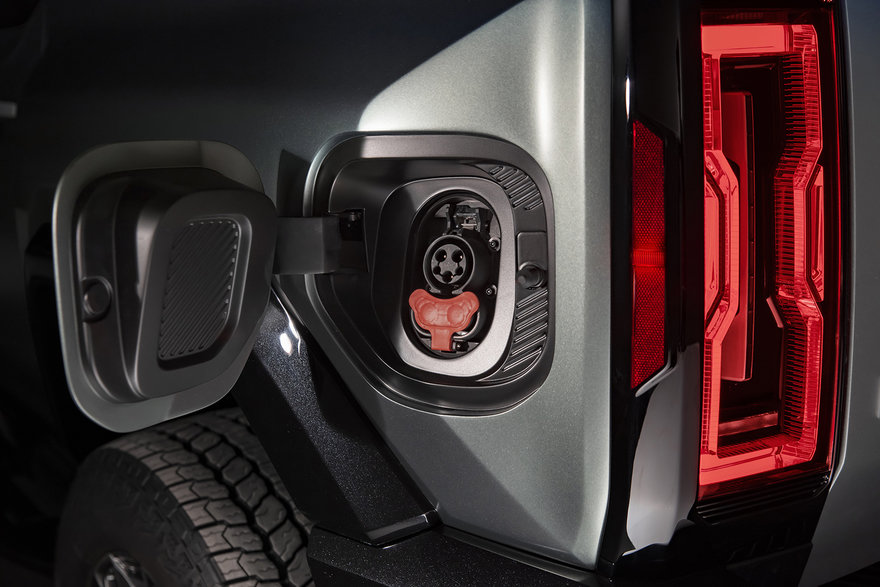 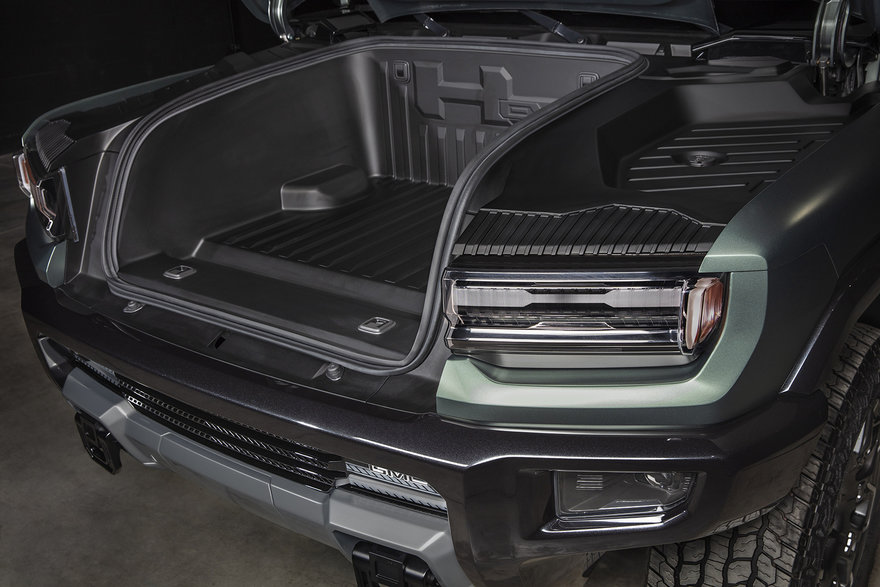 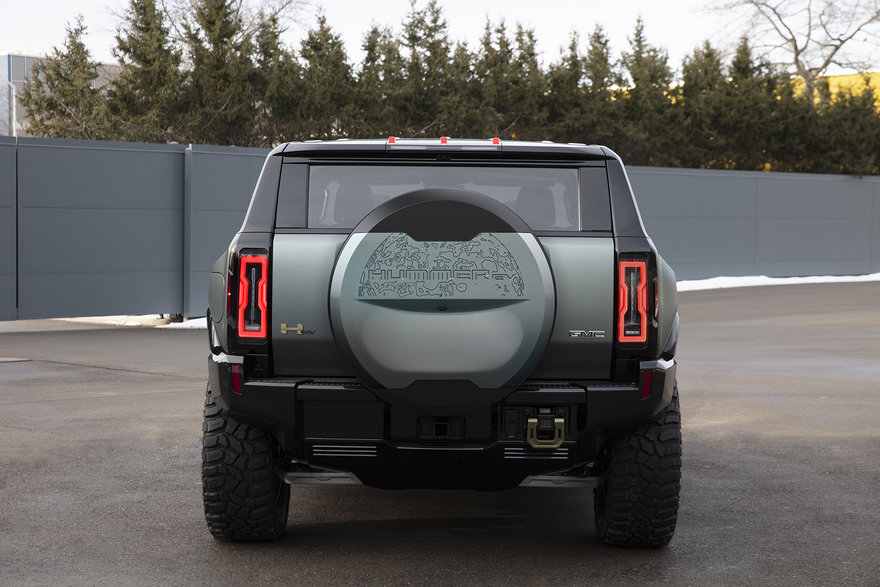 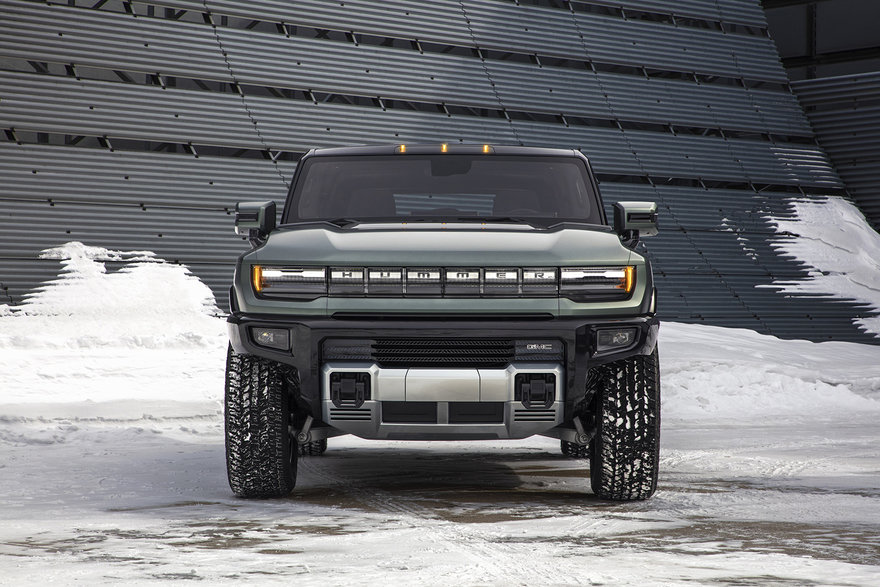 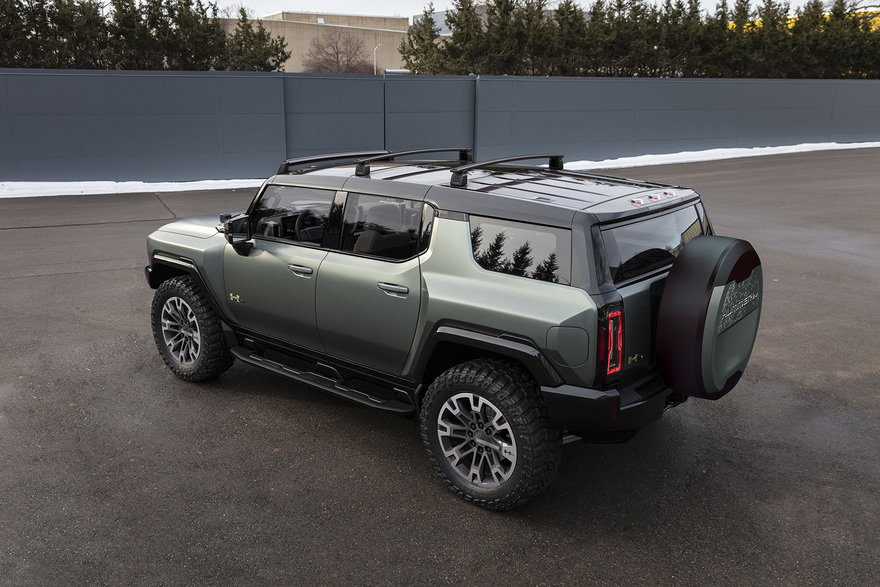 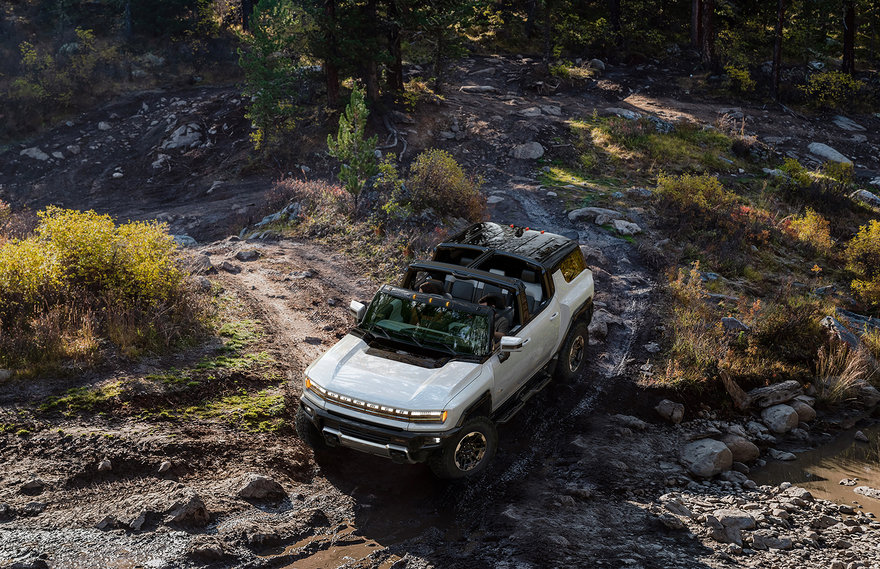 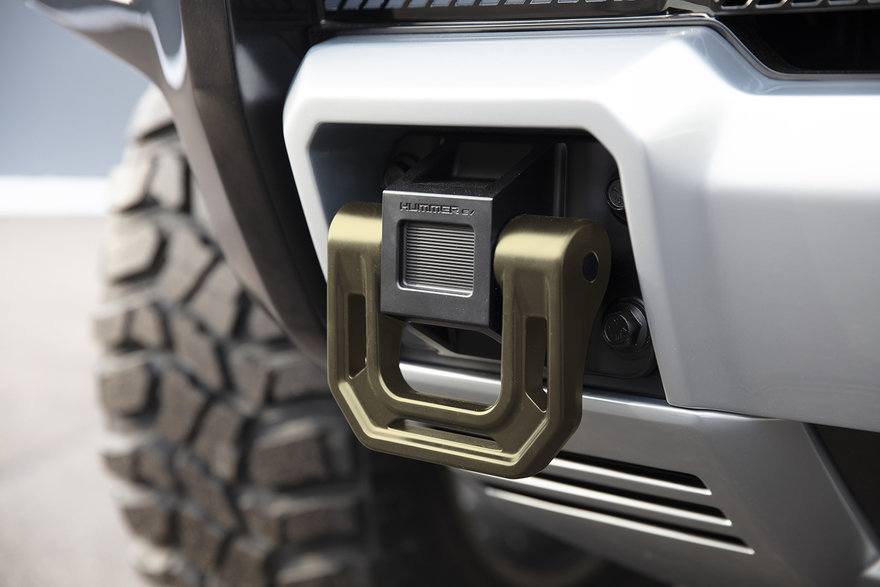 It is fascinating to see the Hummer--once a symbol of gas-guzzling excess--transformed into a zero emissions beast that can go from 0-60 in 3.5 seconds. The vehicle also uses technological tricks to reduce or eliminate the traditional hassles of a large vehicle, namely maneuverability and driver visibility. As an example, the "crab walk" feature:

To turn an original Hummer H1 around, you needed a little over 50 feet of space. With four-wheel steering, the Hummer EV SUV reduces that to just over 35 feet:

For the sake of visibility, the vehicle comes ringed with a staggering 14 cameras. There's also an "UltraVision" option with an additional three cameras so that you can even see beneath the vehicle:

The SUV has a shorter wheelbase than the pickup version, and also has steeper approach and departure angles:

The interior boasts a hi-tech aesthetic, with displays that look like they were designed by Tony Stark: 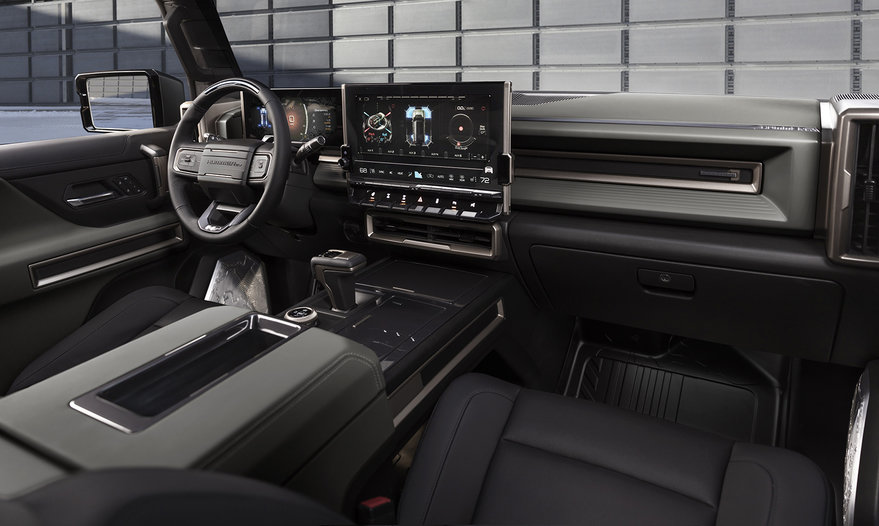 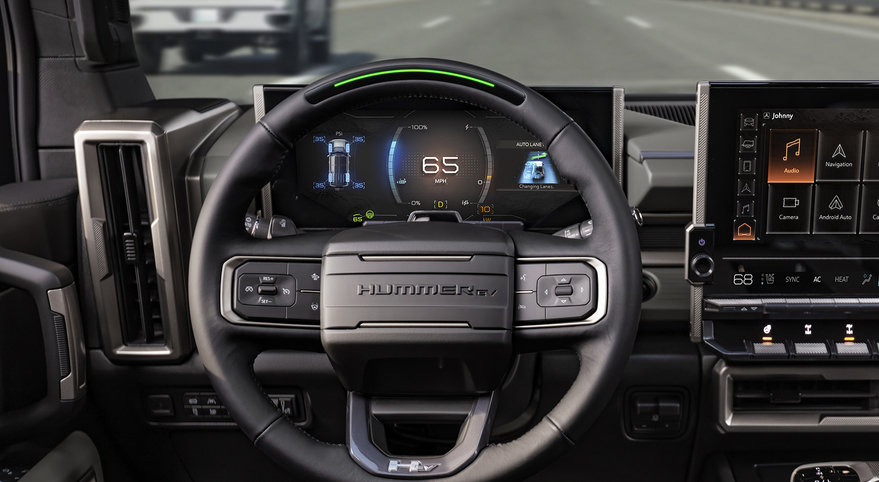 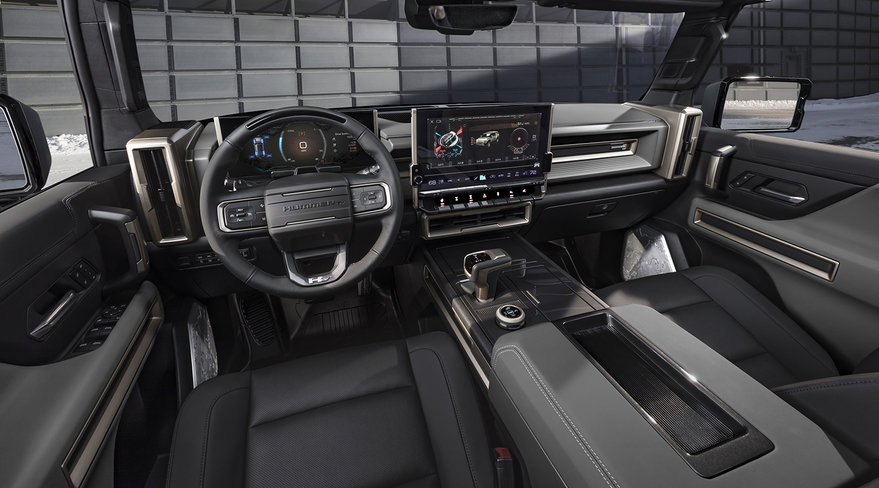 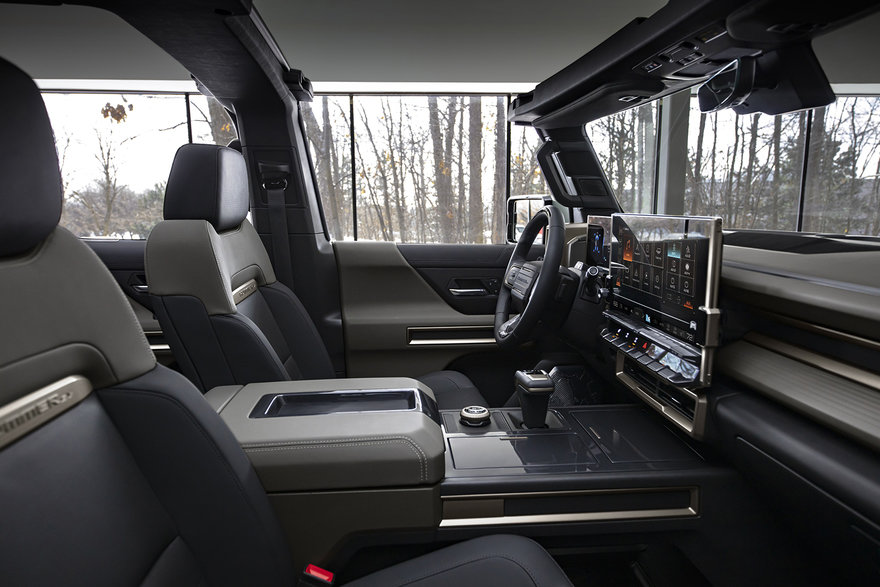 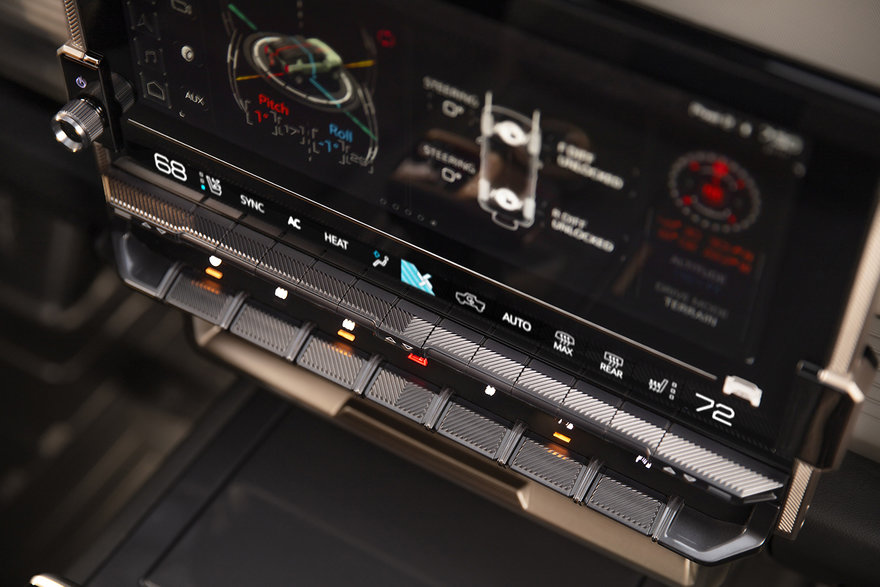 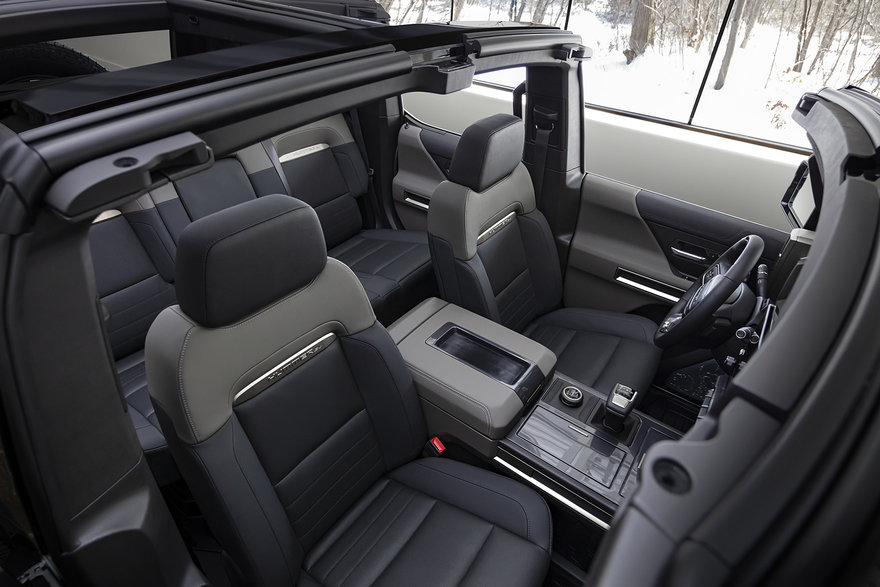 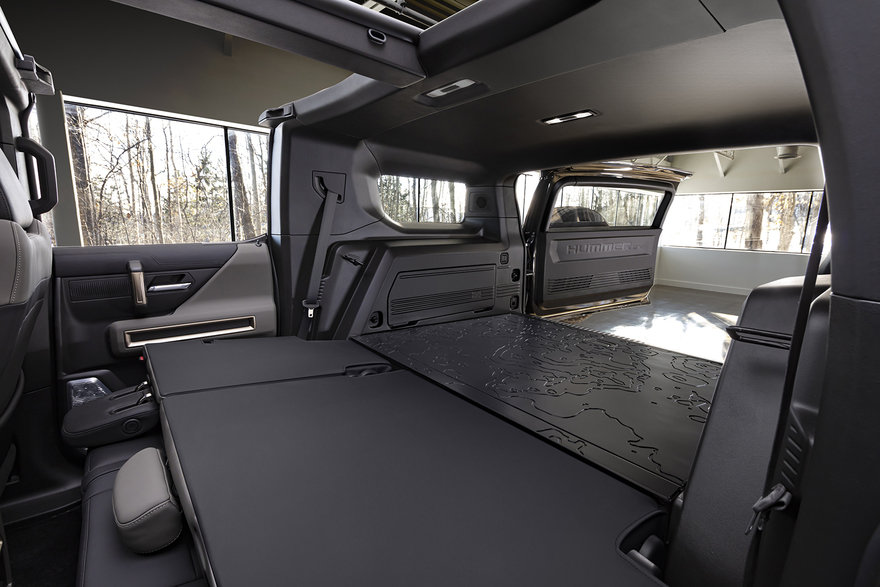 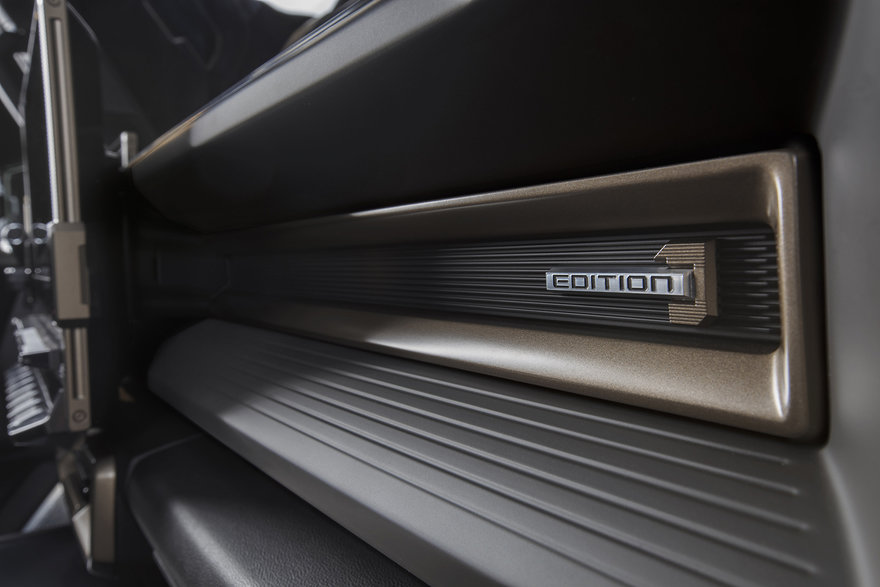 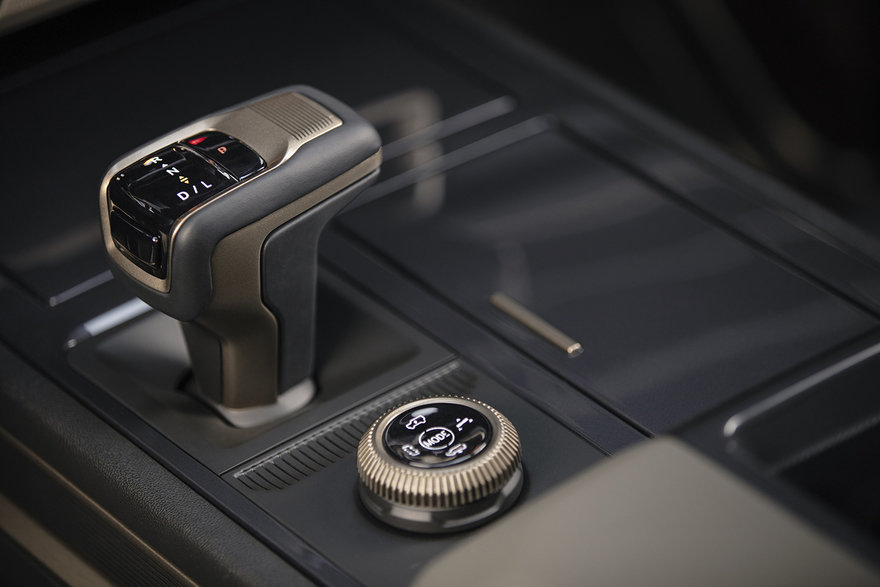 Not shown in the photos is GMC's Power Station option. This enables the entire vehicle to serve as a generator enabling "19.2kW AC charging, generator functionality (120v/25A/3kW) and ability to charge other EVs (240v/25A/6kW)." It'd be quite a sight to see one of these "jumpstarting" a Tesla. 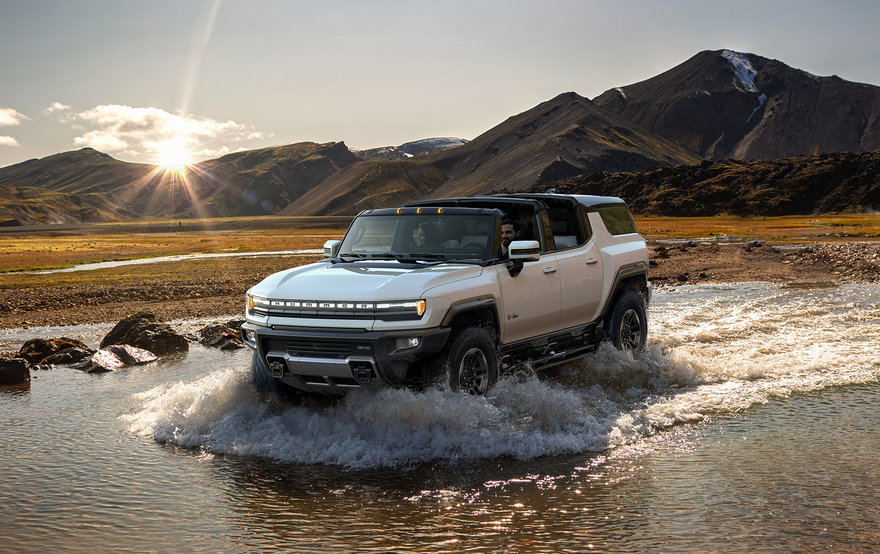 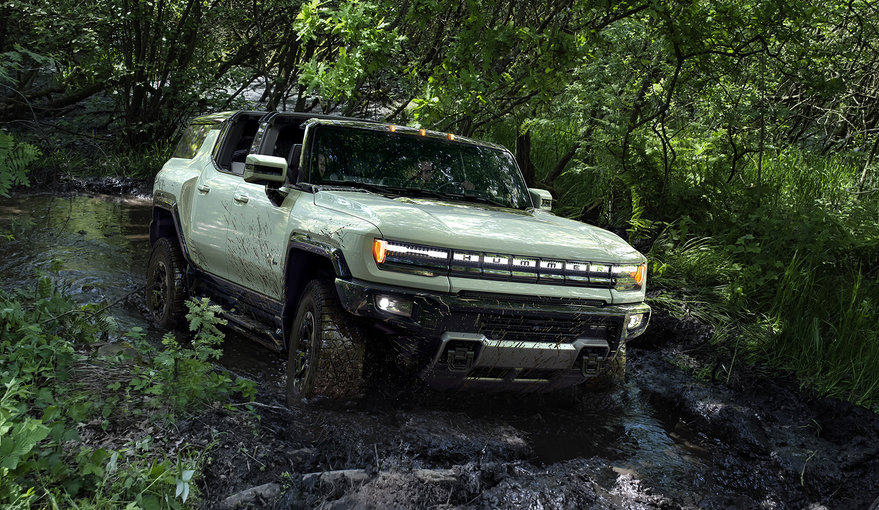 We'll reportedly have to wait until early 2023 to see this vehicle in the flesh. In the meantime, here's the launch video: