I can see this having workshop applications as well

I spent much of high school and college working as a waiter, and have rarely seen products designed specifically to make a server's work easier. (One notable exception is this ketchup-marrying gem.) So this ID student project, by Wang Yuwei and Wu Xuanqi from the Department of Industrial Design at Taiwan's National Kaohsiung University of Science and Technology, jumped out at me. 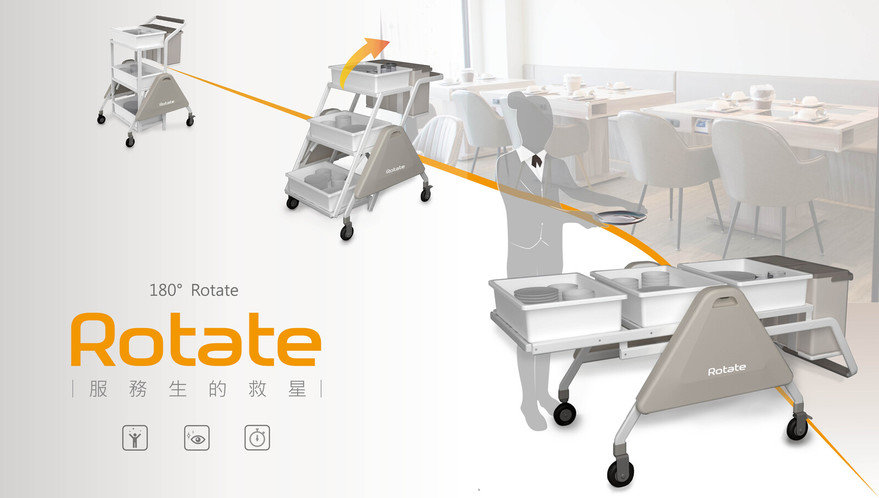 Called the Rotate, it's a cart designed to make cleanup easier. Typically in a restaurant you're clearing one table at a time, which can be done with one or two bus bins. But when you're cleaning up after a large group, baby shower, birthday party et cetera, that can take you a half-dozen trips, and you're always under time pressure to turn the tables over. You can use a utility cart, but getting a fully-laden bus bin in and out of the lower shelves is murder on the back. 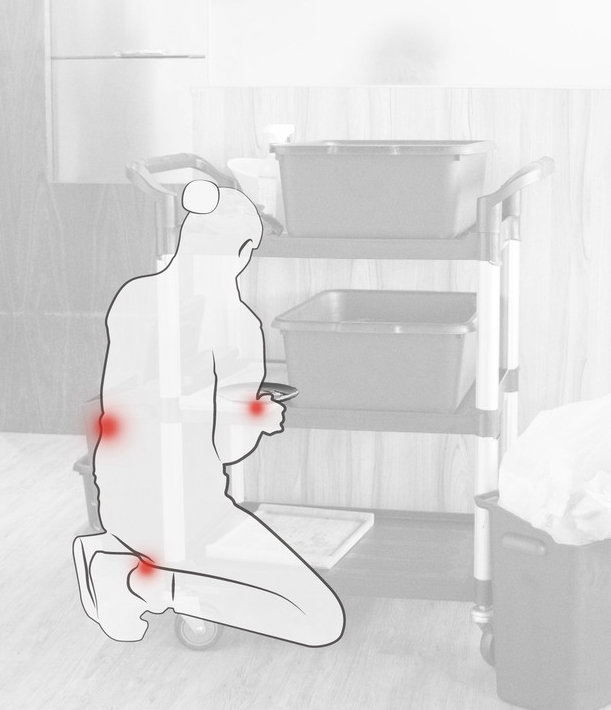 The Rotate cart provides enough room for three bus bins and two garbage/recycling containers, presented at an ergonomic height for loading and unloading. 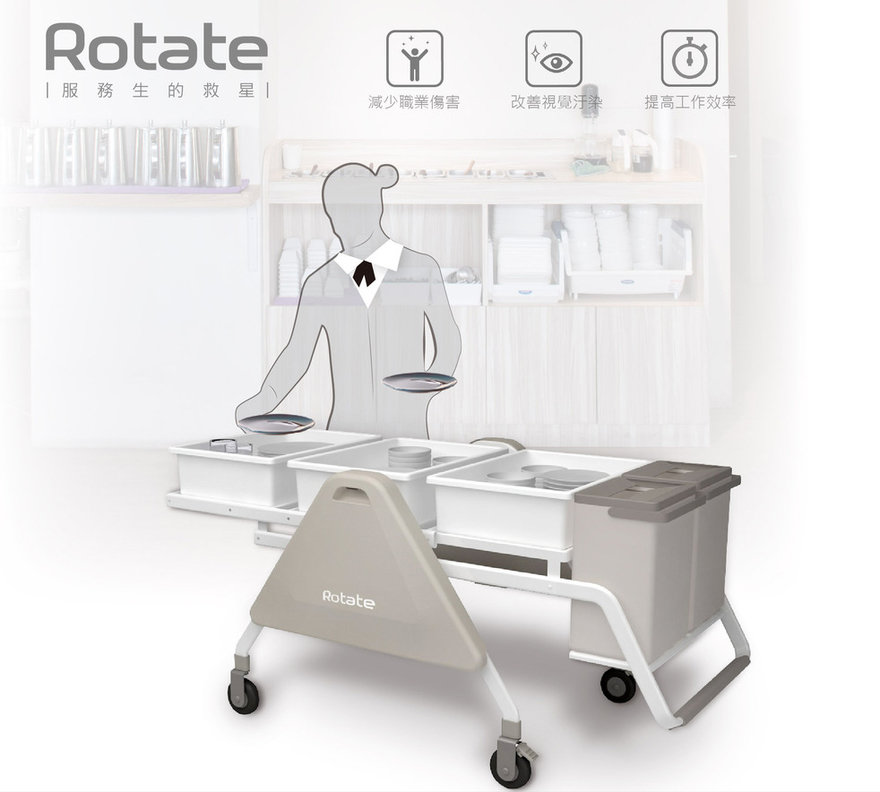 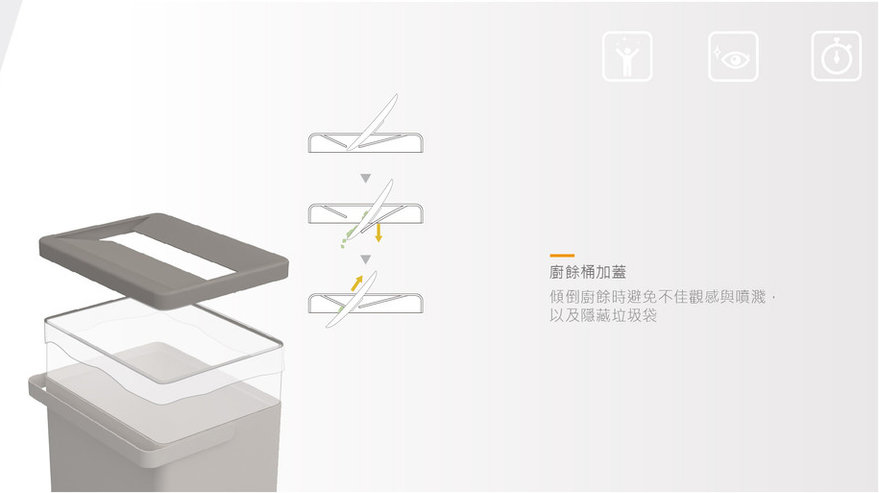 When it's time to maneuver the cart between the narrow spaces between tables, the bin supports pivot to place them one above the other, making the task far easier. 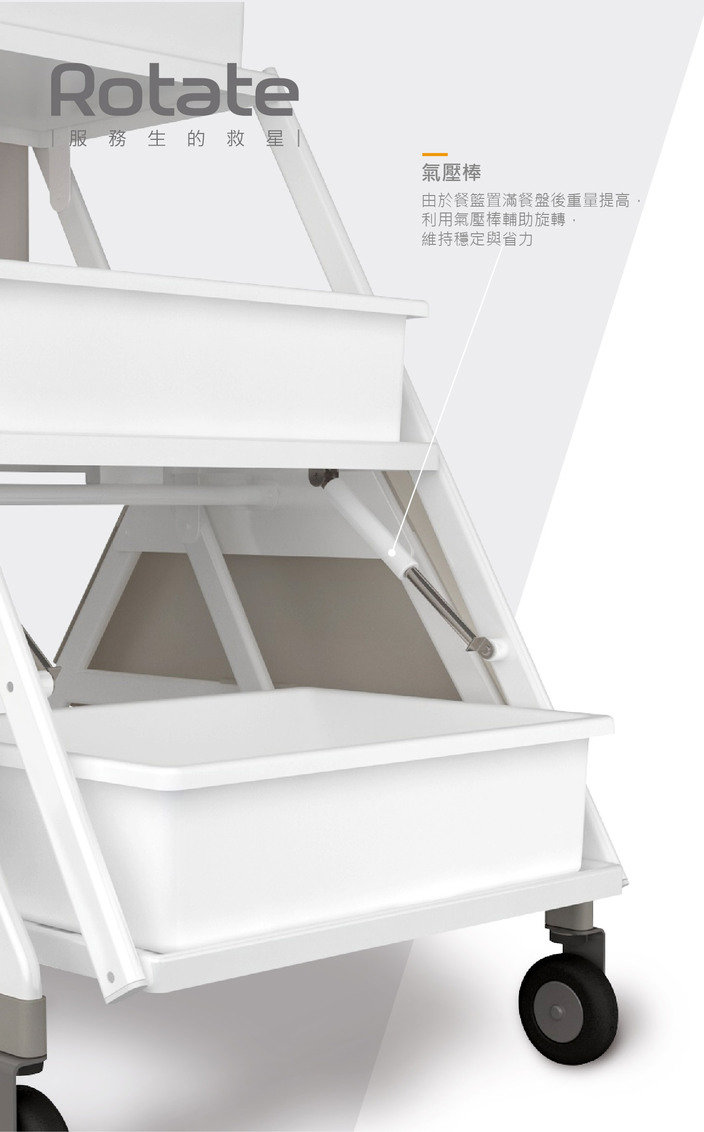 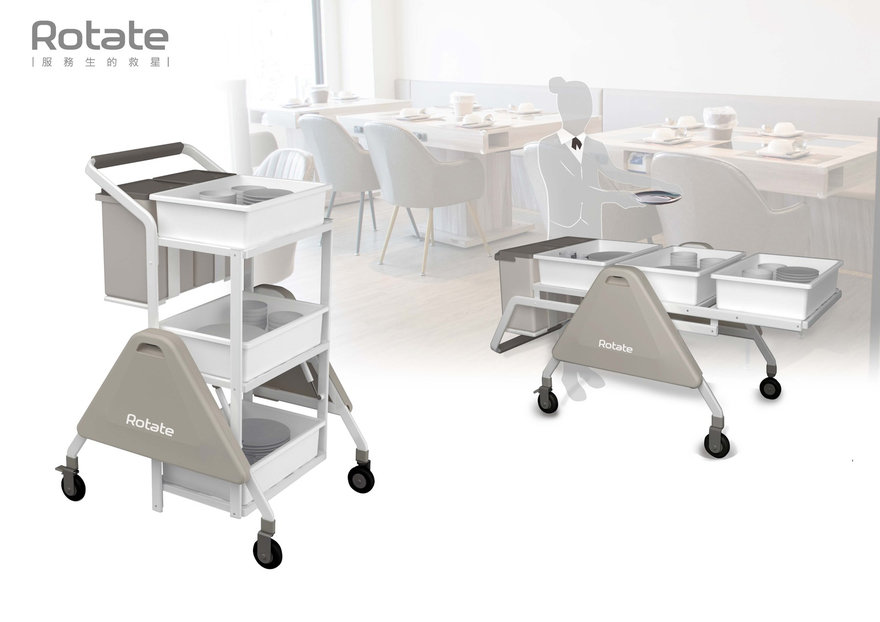 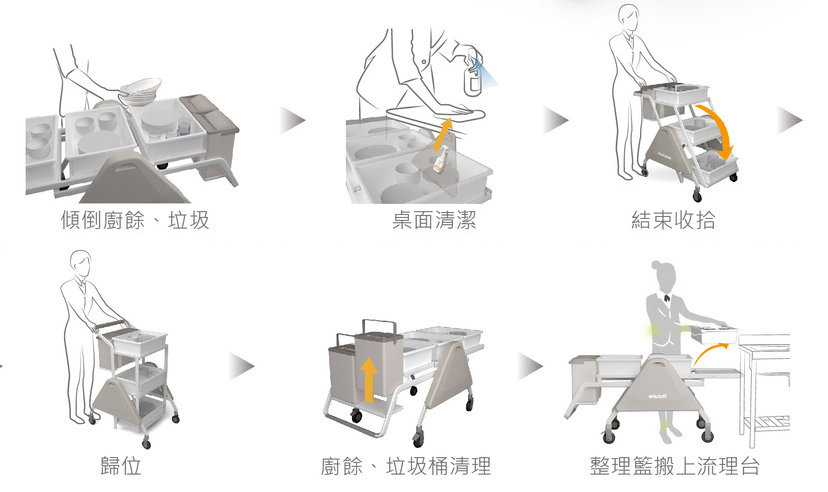 Thoughtful touch: A cover on the side conceals cleaning products/implements that diners may not want to see as you roll past them, but which you might need to clean up severe messes at the target table. 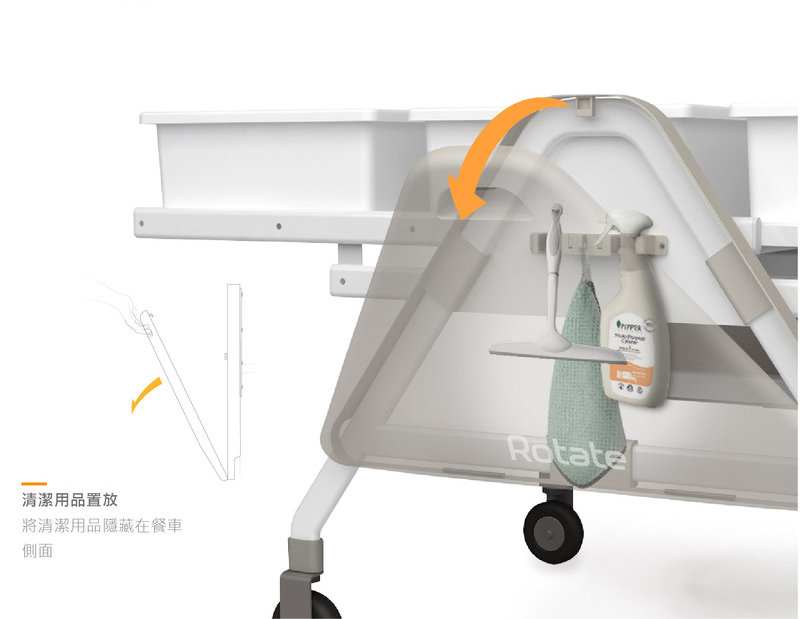