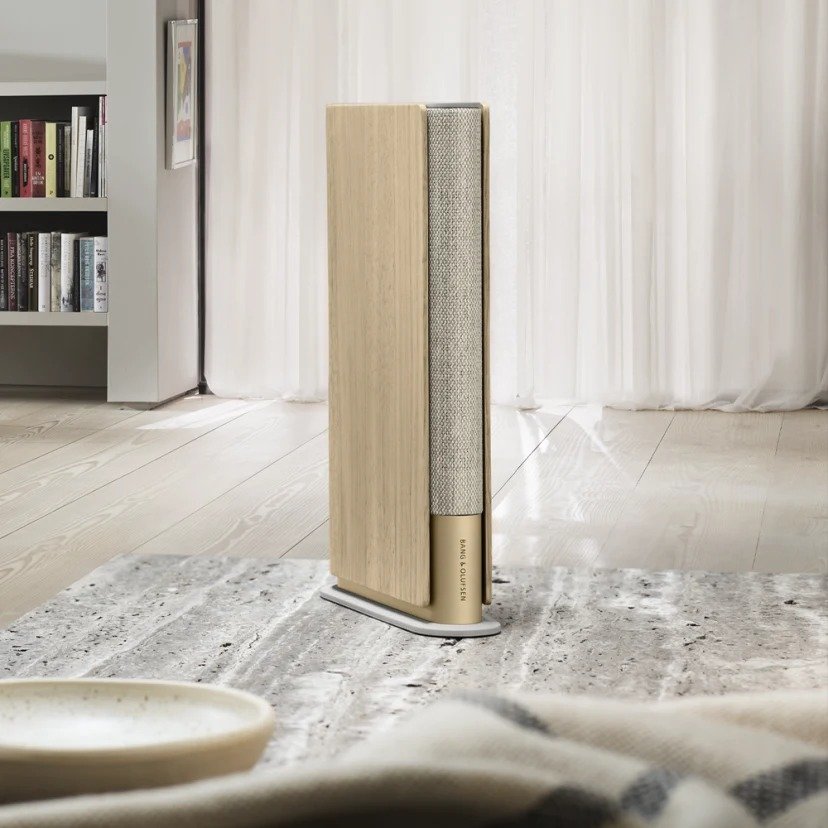 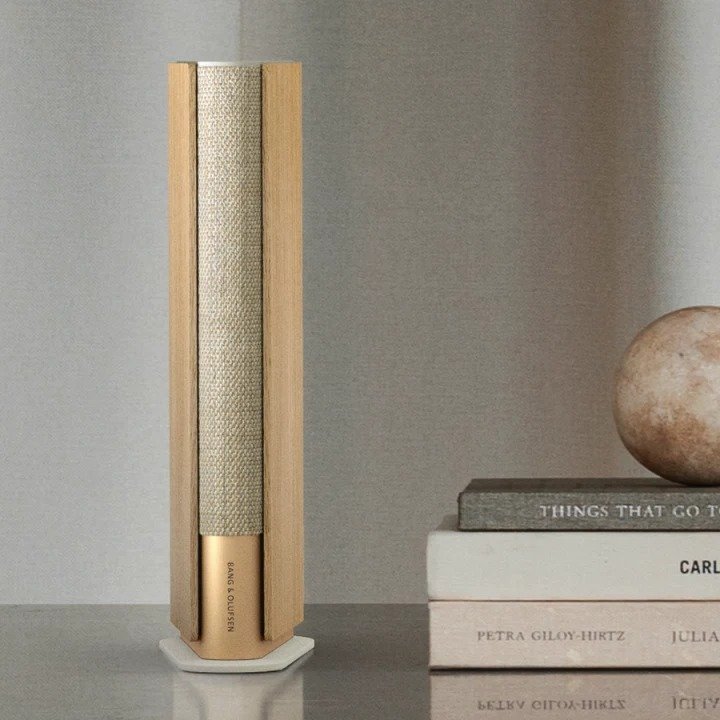 B&O's engineers have managed to cram tiny drivers that can deliver "a full range audio experience" into the form; the tweeter and mid-range driver are up top, while a 4" woofer at the bottom "produces omnidirectional low frequencies no matter where it is pointing." 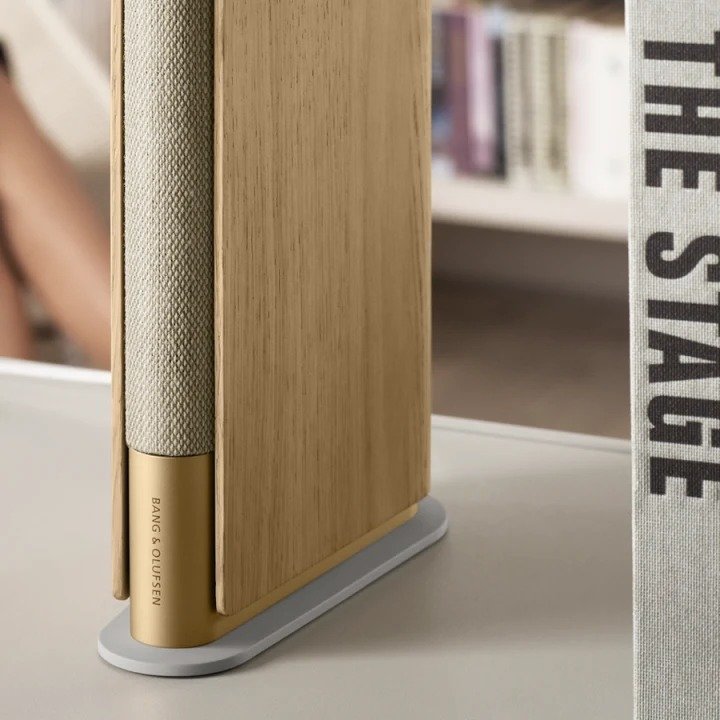 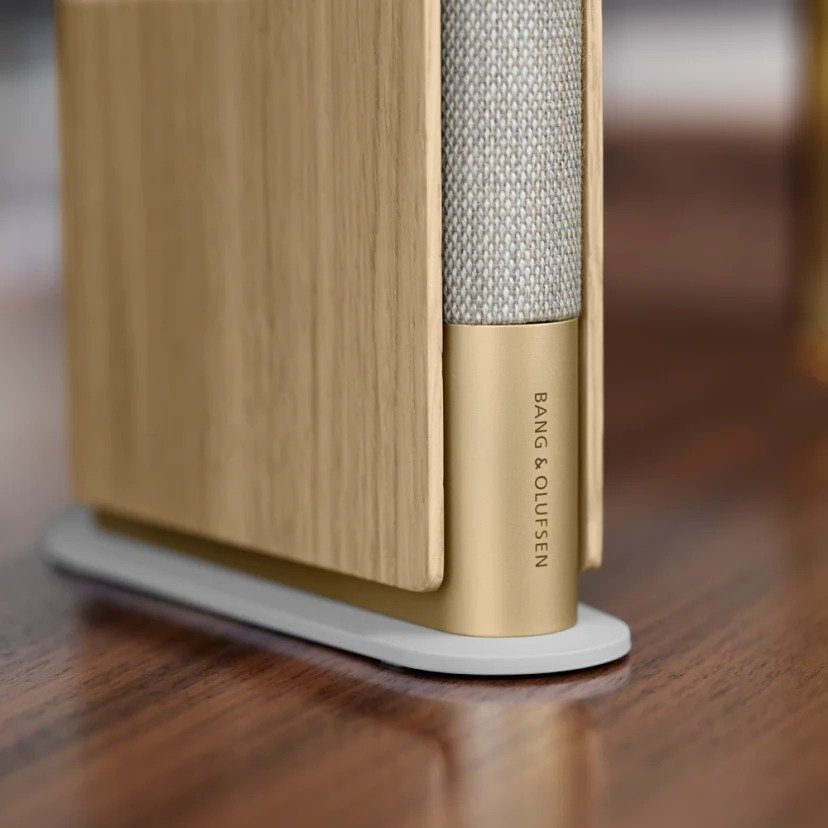 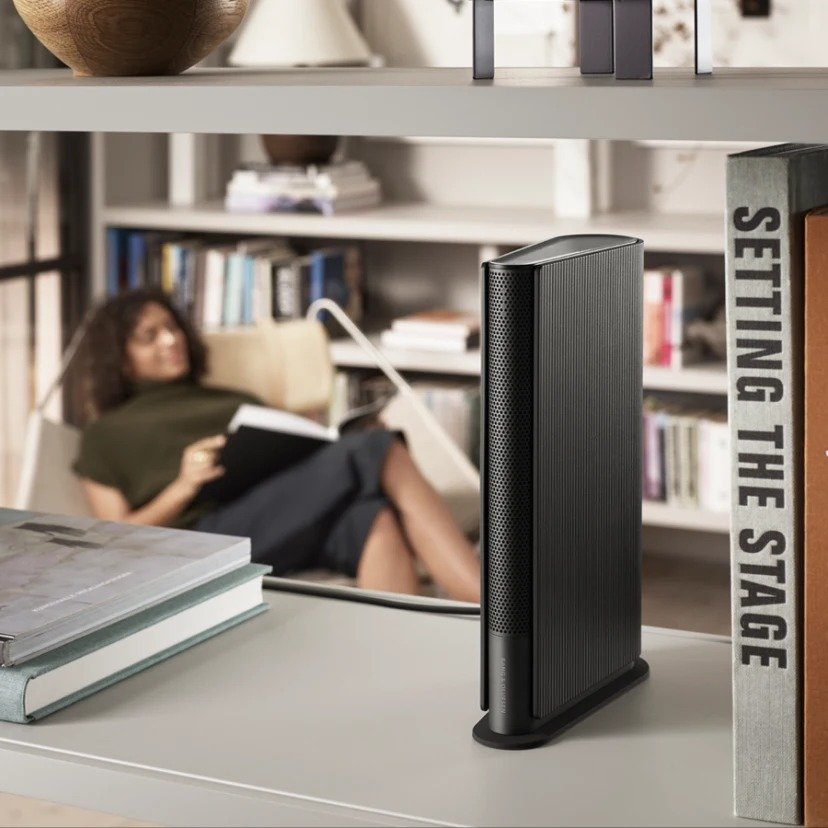 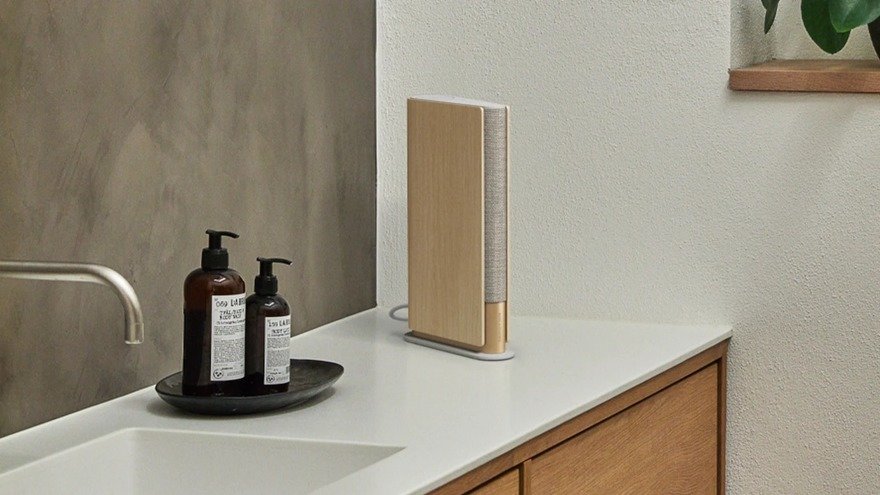 As is usually the case with B&O's stuff, I find the form pleasing enough, but am turned off by the touch interfaces, preferring tactile buttons instead. (Although thankfully, there is a physical switch that lets you turn the microphone off, if you don't want the built-in Google Assistant listening to you all the time.) 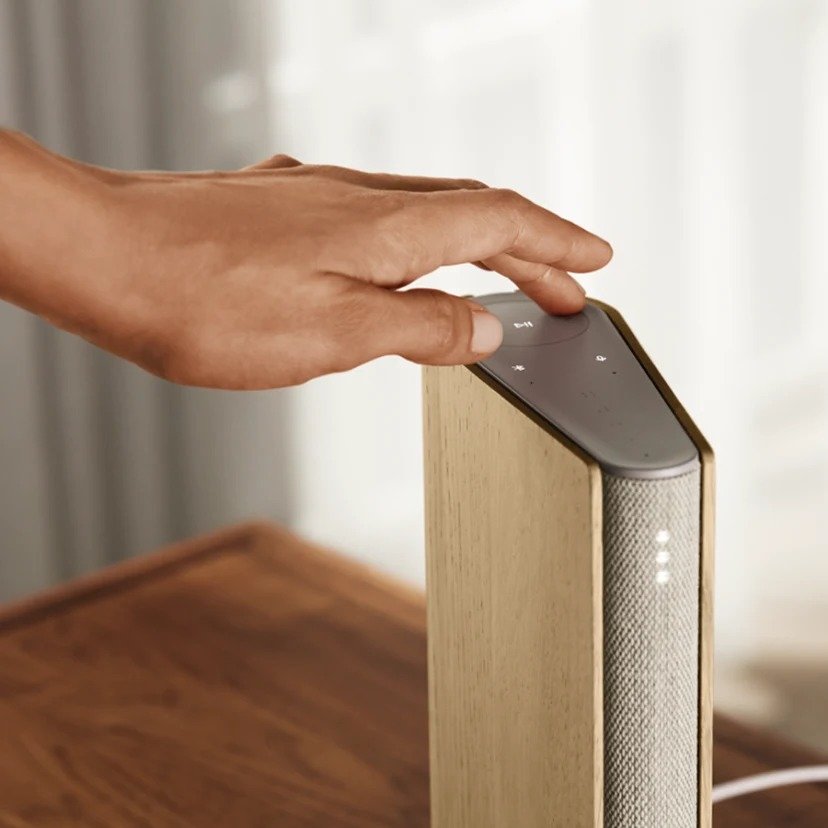 Here's a look at the UI, which is of course on the tech-y side:

The $900 Emerge is rolling out in Europe first, with North American availability slated for later this year.