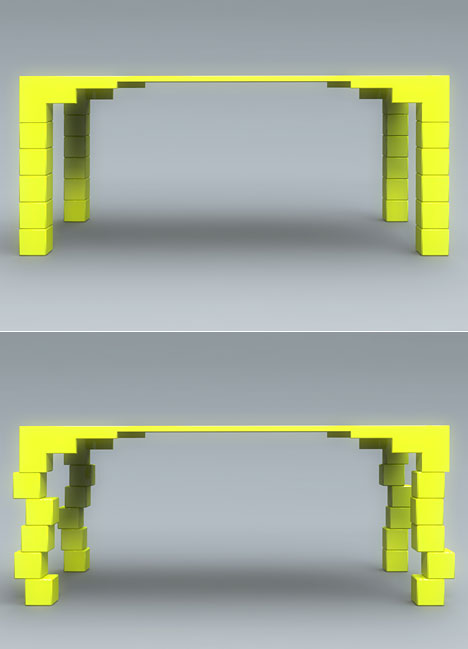 Rafael Morgan's "UnsTable" gives the illusion that this piece of furniture may fall down, but in reality--and this isn't exactly giving away the recipe for making the Statue of Liberty disappear--each of the legs conceals a fixed metal bar, covered by movable cubes.

Hit the jump for an animated gif of the table in action!