Ever since making a splash at IMM Cologne in 2014 with his Kleinergleich5, an ultra-lightweight table, Ruben Beckers has established Tischlerei Beckers, a design/build firm in North Rhine-Westphalia. One of the non-client-based projects he's produced is Kante (German for "edge"), which takes a shot at a certain furniture design trend: 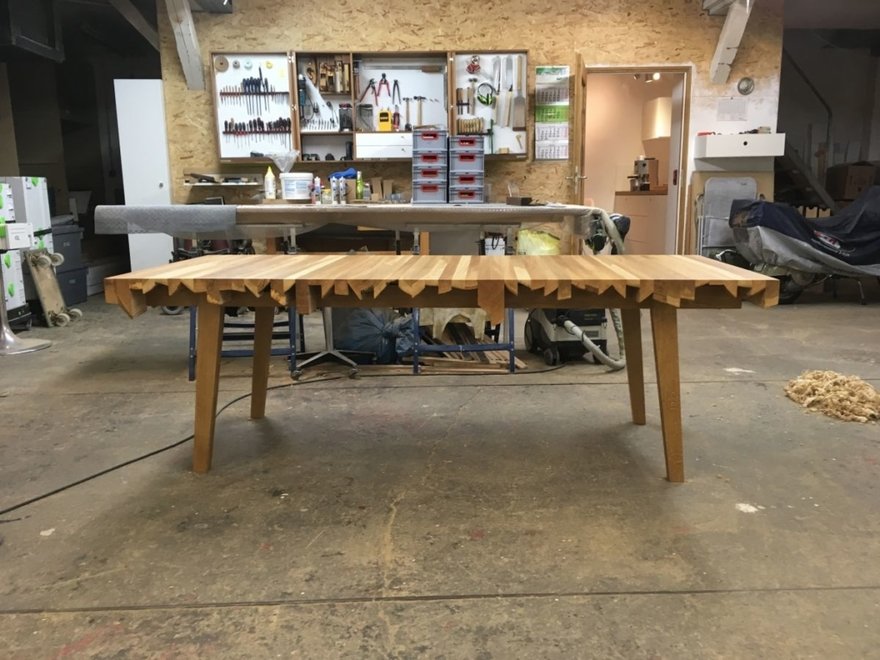 "An ambiguous critique of the trend of live edge tables." 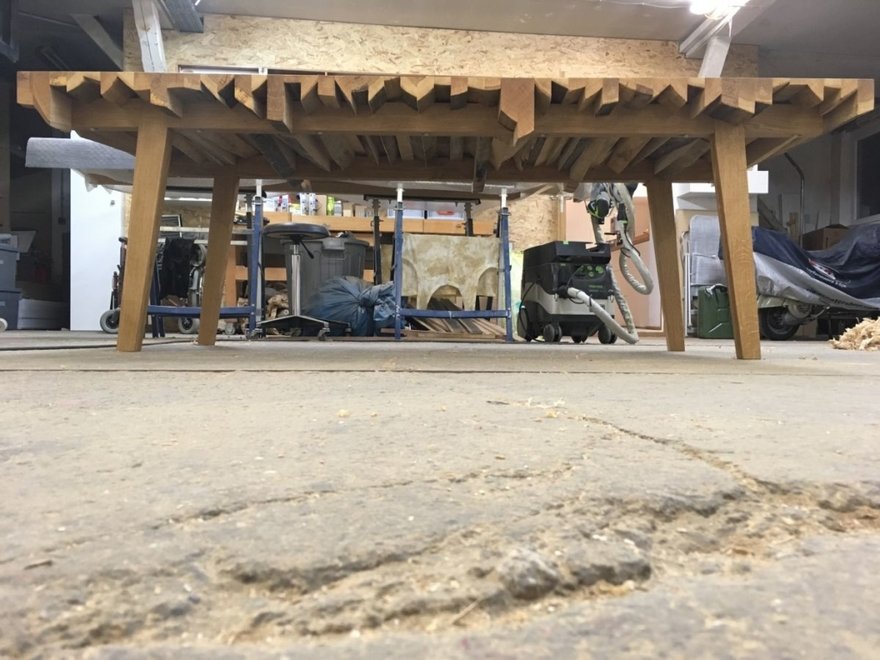 "Both the stylistically exaggerated edge profile in the side view and the banishment of the actual edge on the underside of the table, as well as the resulting top surface, which consists of the structurally substandard part of the wood, demand a critical contemplation of this topic." 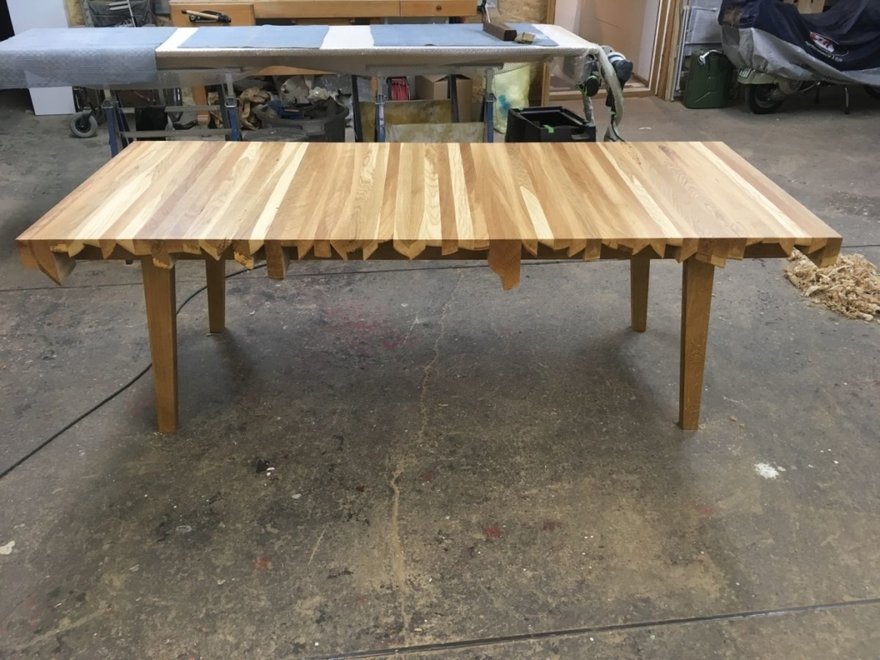 You'll notice the boards of the tabletop run the wrong way (i.e. boardwalk-style rather than bowling alley), which would result in the tabletop expanding and contracting in the undesirable direction of the long axis, which most furniture makers strive to avoid. Beckers surely knows this, but needed to place the boards this way to make his point; the incorrect orientation is the icing on the troll cake.