I've taken a new job with a design/build firm handling residential construction. It's pretty fun; the five jobs I'm on include a tiny house renovation, adding an extension to a challengingly-shaped legacy structure, designing a sunken greenhouse, designing a timber frame home from scratch, and helping a homeowner with no design background to design their dream house with an attached shop.

The second of the jobs requires taking accurate measurements of an existing structure. As the sole designer on staff, and with no budget to hire a surveying firm, this task falls to me. A tape measure and one of the lasers from the big-box stores isn't going to cut it, so I've been looking into alternatives. 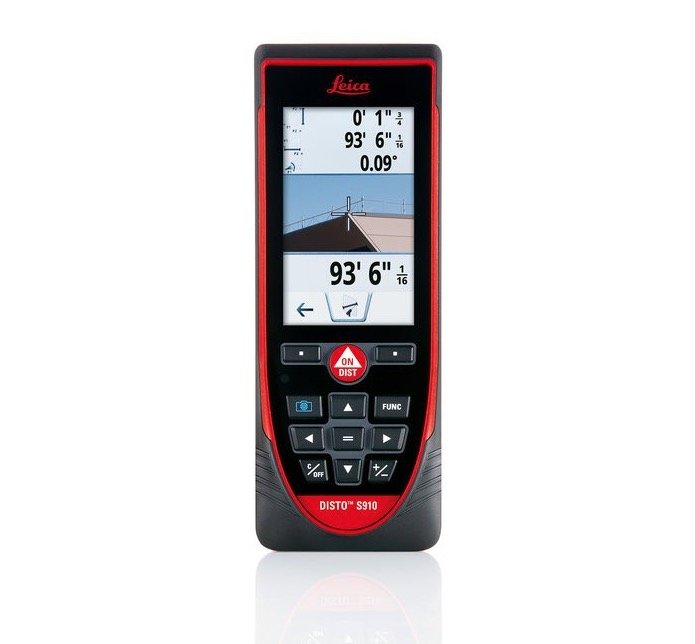 After examining the options, I've narrowed it down to the Leica S910. This tool uses what's called point-to-point, or P2P; it not only uses a laser to measure linear distance, but calculates the distance between two or more points that you hit from the same position, which allows you to safely measure tall structures and roof pitches without having to climb a ladder.

It also has workarounds for avoiding line-of-sight obstacles:

Here's an example of its utility in an interior:

Bosch makes a competing product, but after weeding through reviews I'm leaning towards the Leica.

The part that hurts is, the cost would have to come out of my pocket, the S910 is quite expensive--and I estimate it will be obsolete in a matter of years. Systems incorporating autonomous drones and photogrammetry are already starting to come online, and will surely become the standard for taking architectural measurements. But right now those systems are a little too cutting-edge for me, with too much of a learning curve. I've already got my hands full trying to re-enter the CAD world after more than a decade away from it.

On that latter note, I will say that modern CAD tools are incredible. If you ever want to appreciate something you've taken for granted, step away from it for 14 years, then come back and look at the improvements that have been made. It's practically a form of time travel.

One limitation I envision with the laser is that I'll have to take measurements at dawn or dusk, to be sure I can see the red dot over long distances. I hear they have special glasses that make the laser dot more discernible in bright sunlight, but I haven't investigated those yet. Will let you know what I find out.