The Microlino is going into production 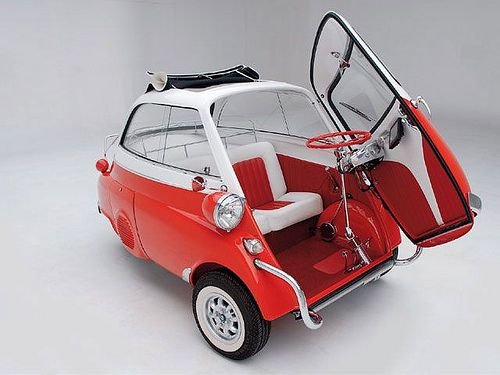 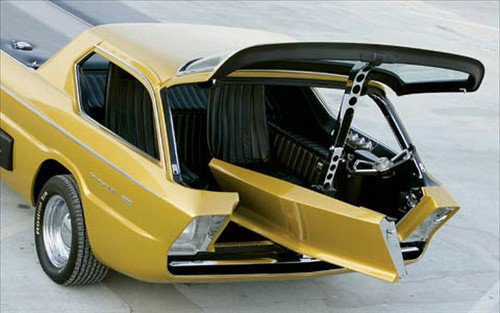 The BMW Isetta, the Dodge Deora; history contains very few cars that you entered through the front of the vehicle. But here comes another one, this time from Switzerland by way of Italy. The Microlino is a tiny electric car, first unveiled by Swiss company Micro Mobility Systems at the 2016 Geneva Motor Show. It took the company five years to get to their third prototype, which you see here: 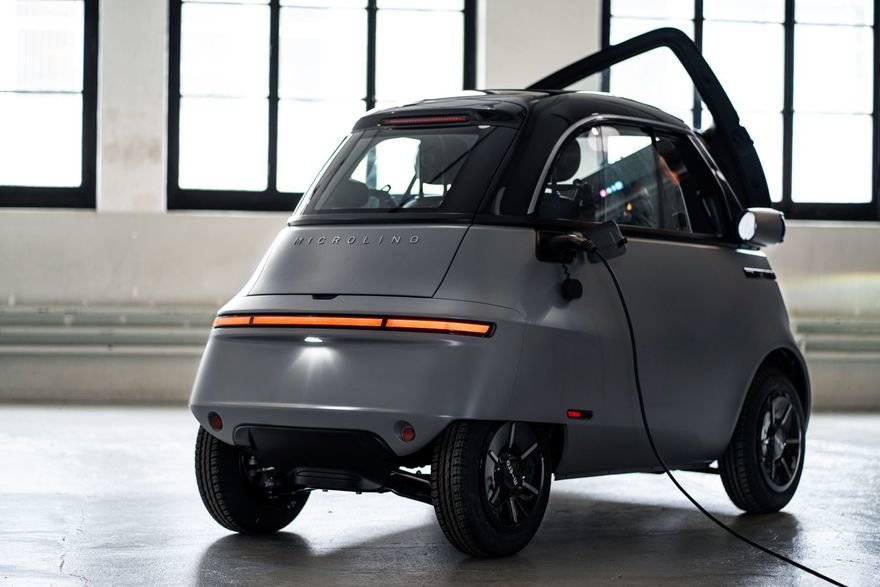 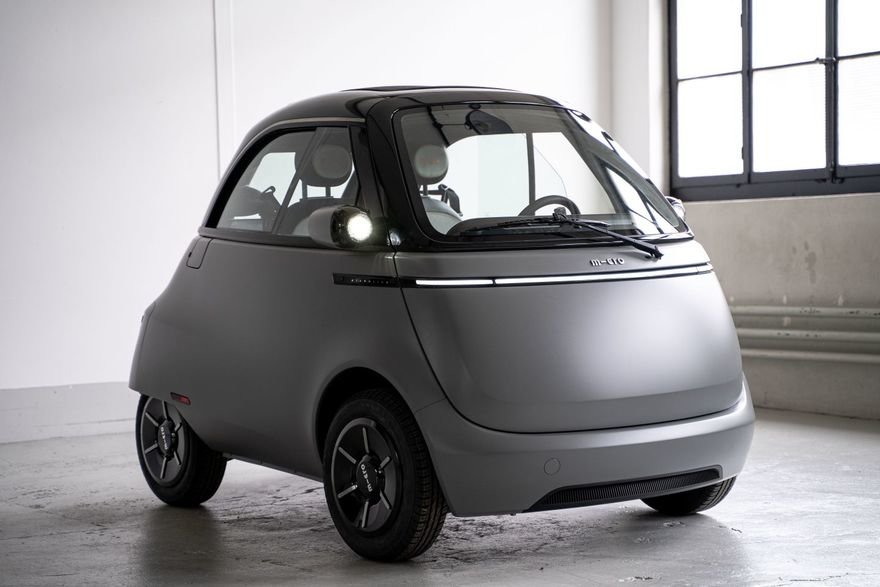 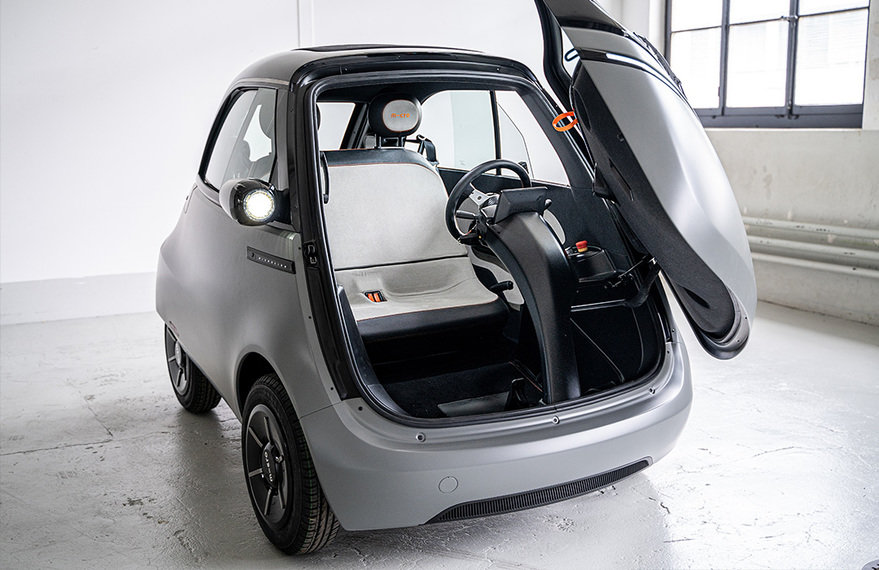 With the door (froor?) closed, you can see there's no handle. So how do you open it? Apparently, the same way you get to Carnegie Hall:

"We have eliminated the front door handle completely to simplify the design even more. To open the door, you need to unlock the car with the key and press a small button below the headlight. This will pop-up the door just enough for you to grab the door to fully open it seamlessly.

"To open the door from the inside, there is another button located at the back of the aluminum handlebar, which activates the door mechanism."

Sounds a bit fiddly, and I can't imagine ingress and egress ever not being clumsy. But once you're strapped in, the narrow three-wheeler will probably zip in and out of traffic with a bit more grace. 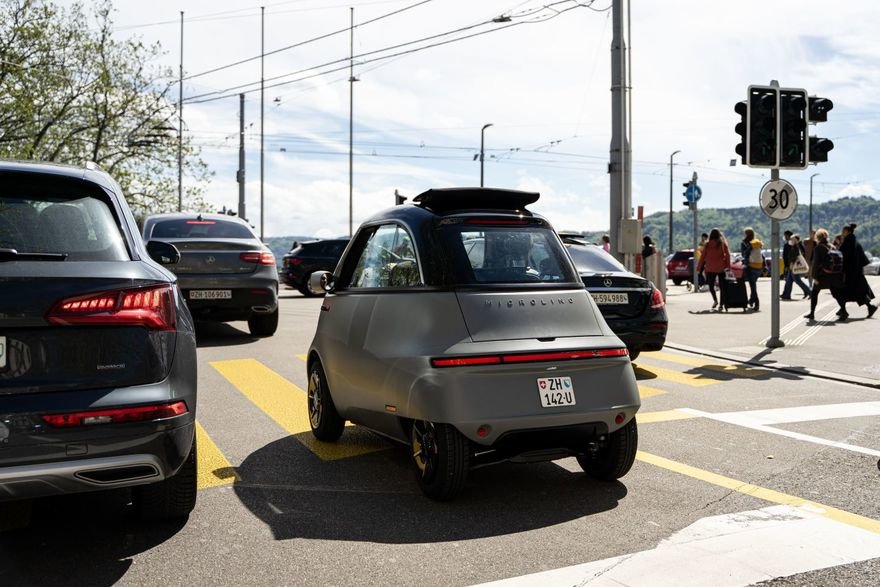 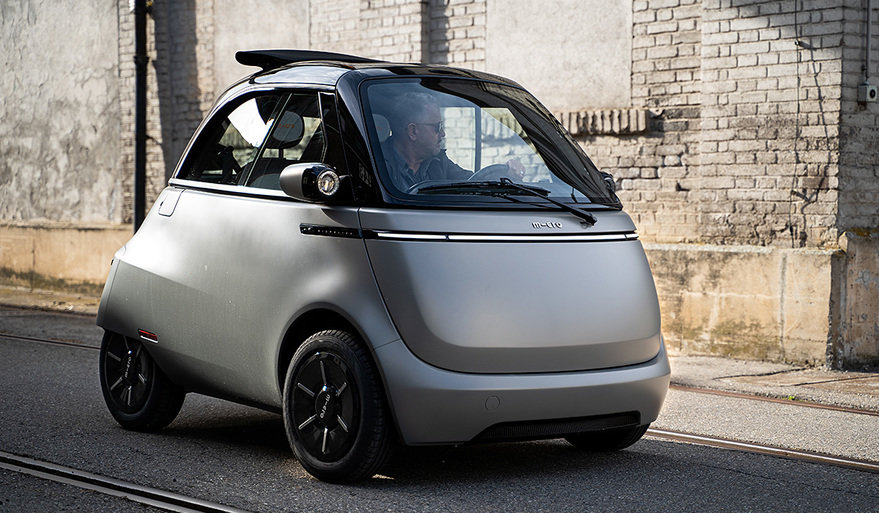 And parking it will be a breeze; the car is so short front-to-back that you can fit into a curbside spot sideways, i.e. perpendicular to the cars parked around you. Three of these, the company reckons, will fit into a single parking spot. 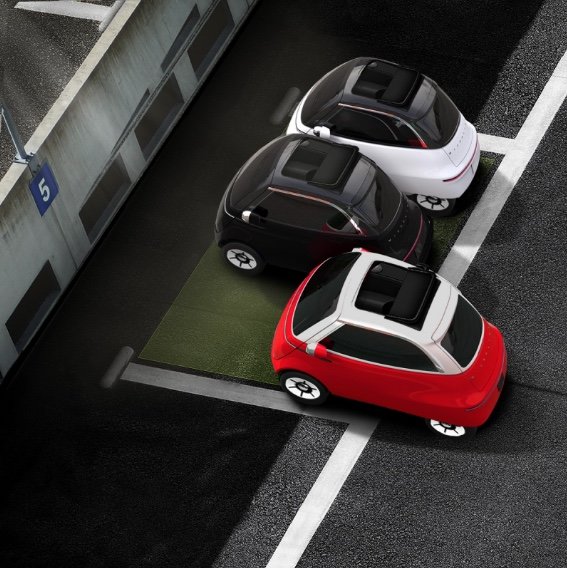 The company states that "The bench seat can fit two adults comfortably," so I'm guessing they have no plans to sell this in America. 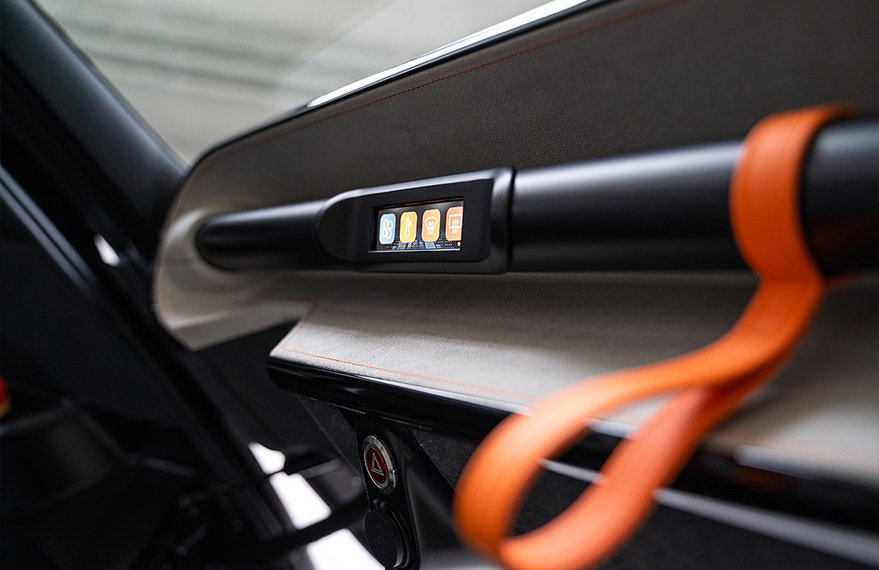 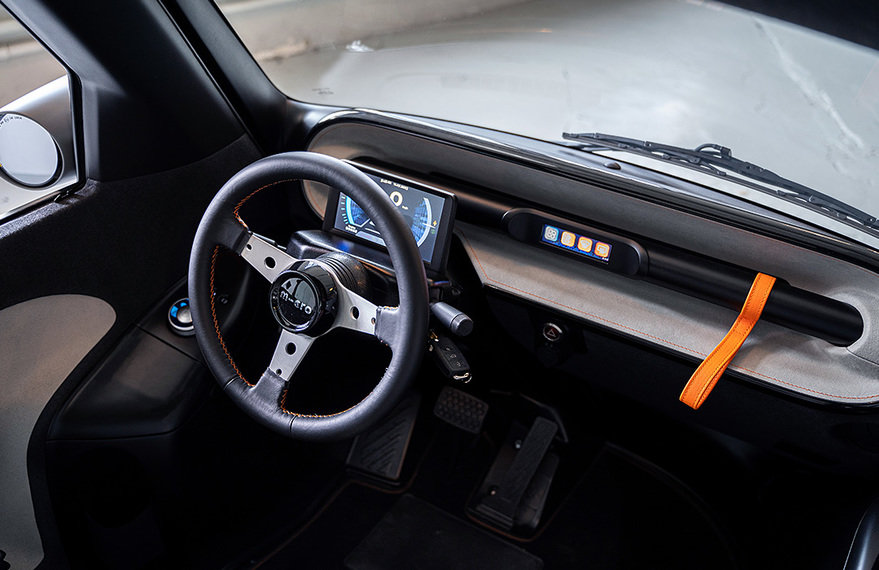 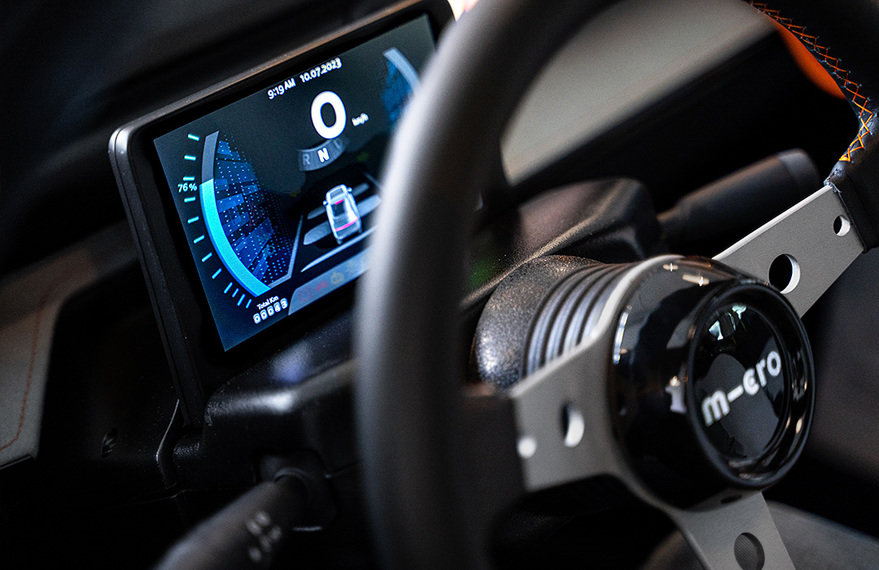 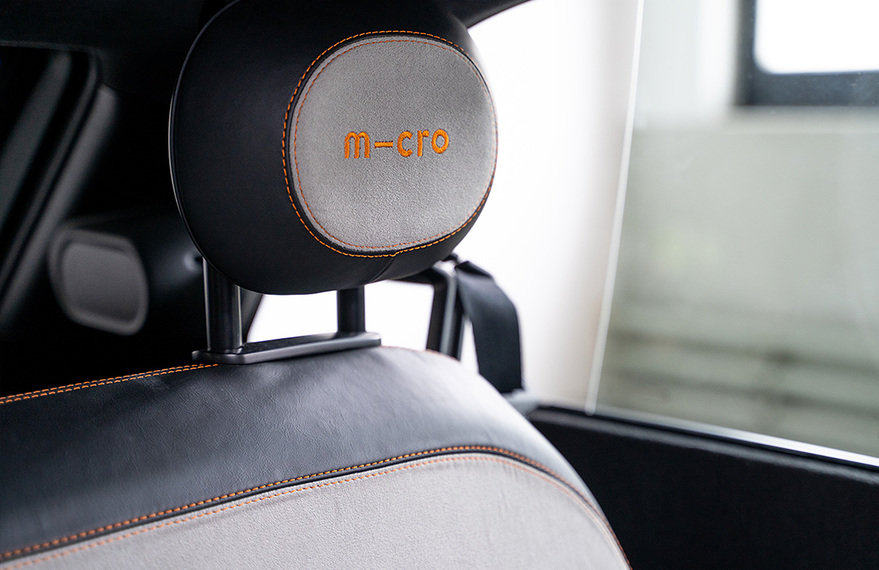 In any case, this month they announced they've established a new company, Microlino Italia, to oversee production of the car at a factory in Turin; over a third of the required tooling is said to be ready-to-go. Check out this photo they released of the aluminum stamping tool for one of the side panels: 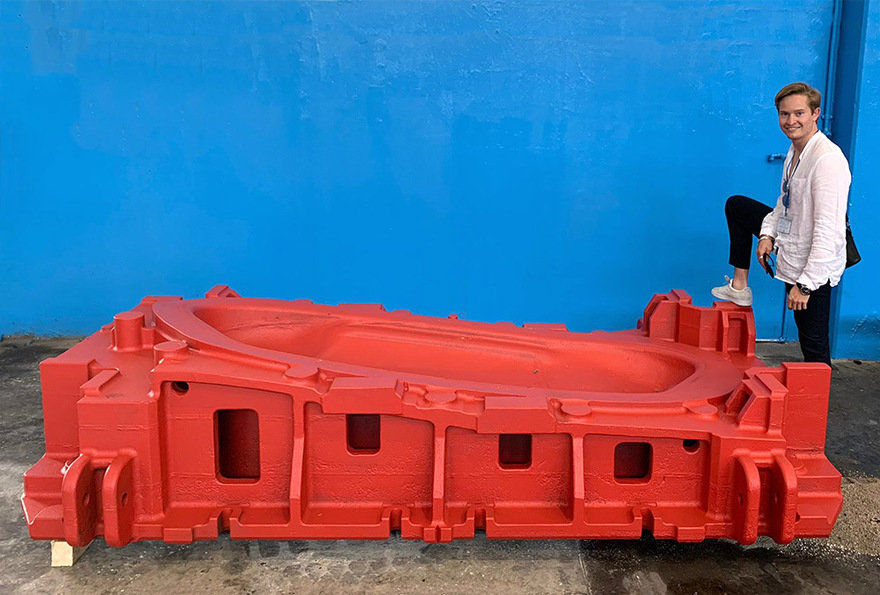