Don't worry: He says you can outrun or overpower it

Around the two-hour mark of yesterday's three-hour Tesla AI Day presentation, Elon Musk delivered the strangest presentation we've seen from him yet. First a woman in a jumpsuit and with a robot head came out on stage and danced to music; Musk then spent the next five minutes explaining that Tesla is building an AI-powered humanoid robot, and that he expects to have a working prototype by next year. 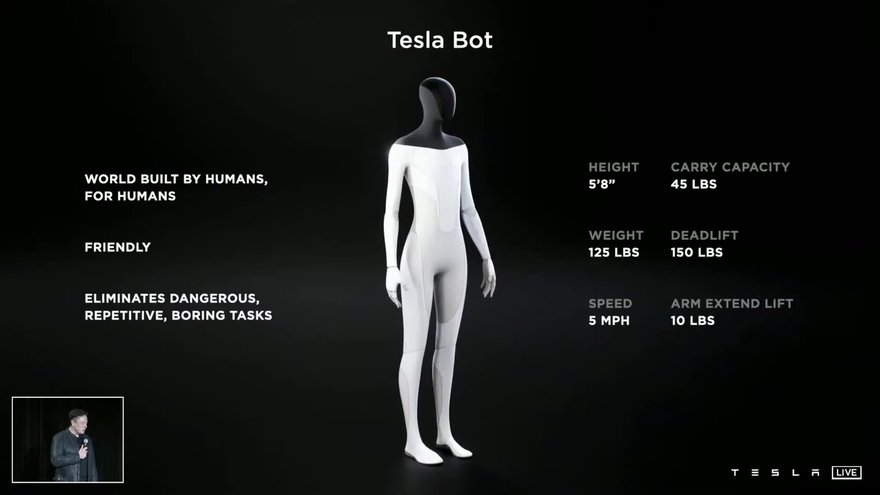 The plan is to use the company's self-driving technology, such that it is, to "drive" a bipedal robot around in an environment designed for bipedal beings. 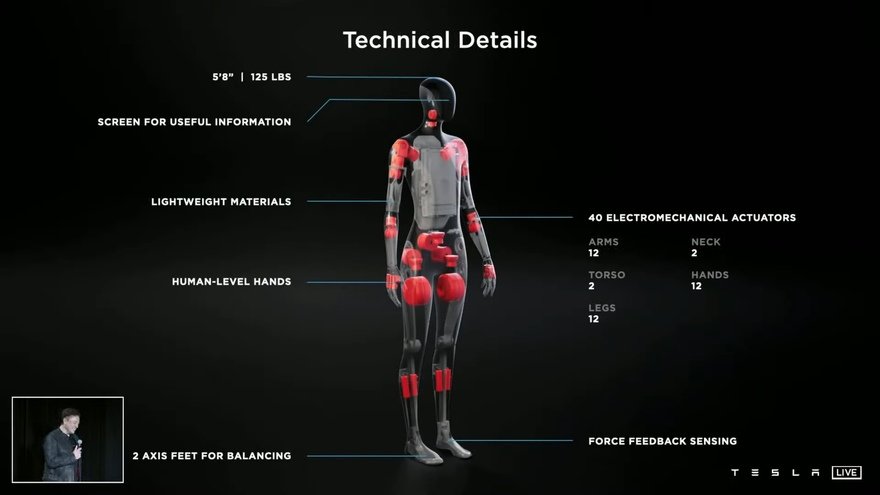 The purpose of the robot is to do physical labor—specifically, "dangerous, repetitive, boring tasks" that humans may not want to do. During the talk, Musk suggested Universal Basic Income should be integrated into our society, so that their robots do not displace human workers.

Unlike Boston Dynamics, Musk has addressed robophobia by limiting the robot's capabilities: "We're setting it [so that] at a mechanical level, a physical level, you can run away from it, and most likely overpower it. So hopefully [a haywire incident] doesn't ever happen, but you never know."

Unfortunately, he never addressed to the audience what the heck the "Dojo Training" listed in the graphic below indicates; is it a joke? 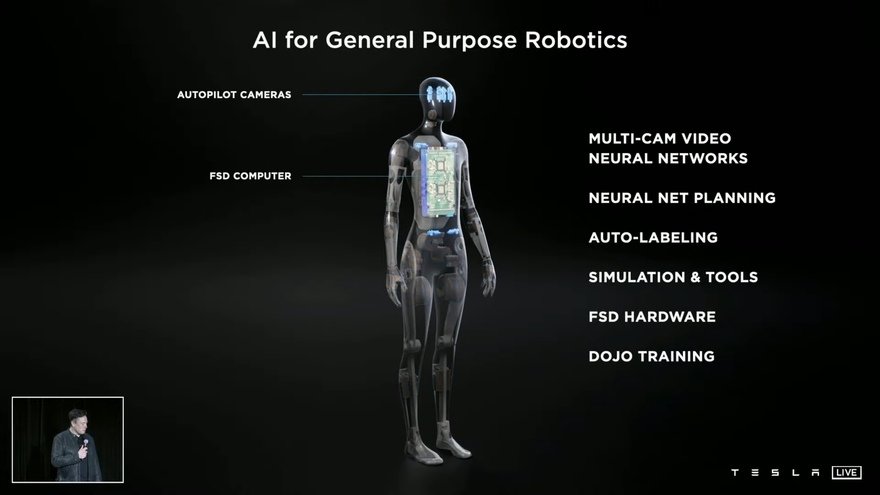 The robot part of the presentation is weird enough, and brief enough, that I'll cue it up here for your perusal: