Tow 660 pounds behind your regular bike, with no extra effort

Imagine riding your non-electric bicycle, with a cargo trailer attached. You cycle to a warehouse, where a forklift loads a pallet containing 600 pounds of goods onto your trailer. What kind of leg muscles would you need to tow that?

In the vision of German startup DroidDrive GmbH, your regular leg muscles. The company is developing the Trailerduck, an electric self-powered trailer that matches the speed of the bicycle it's attached to. 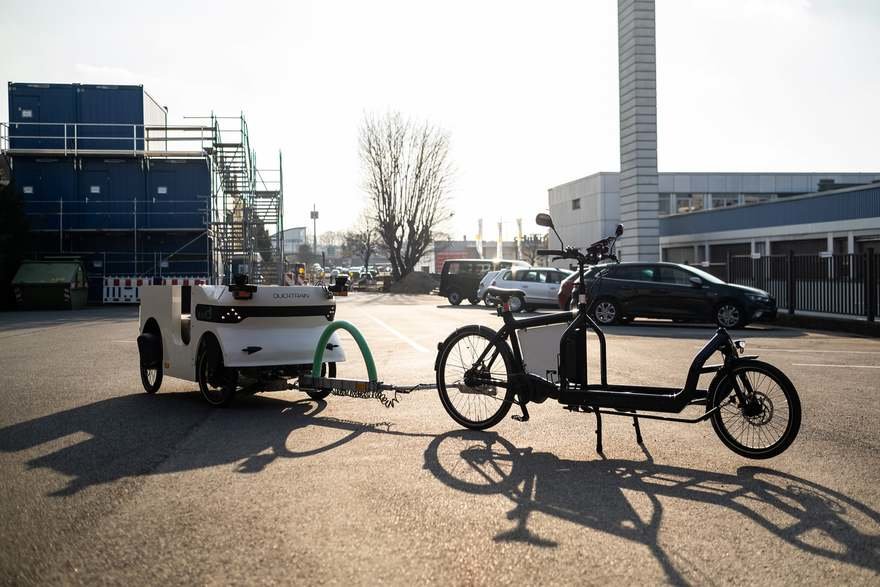 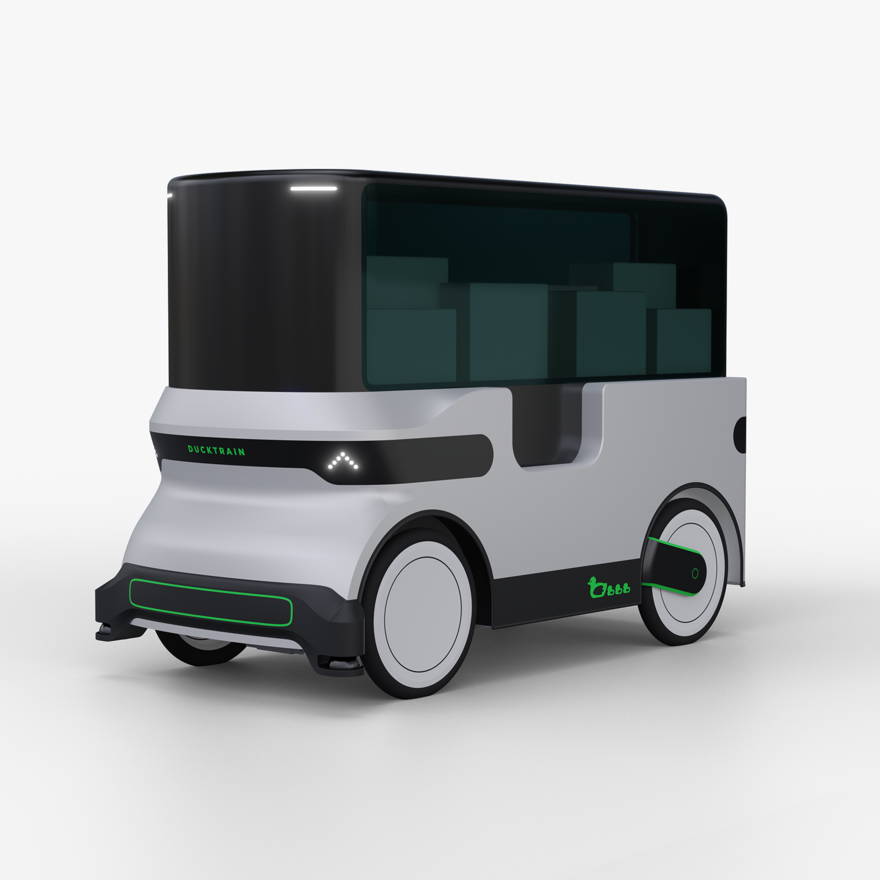 With a maximum capacity of 300kg (660 lbs.), the 1-meter-wide trailer—sized to hold a European-spec shipping pallet--simply hums along behind you and is narrow enough to fit in standard bike lanes. 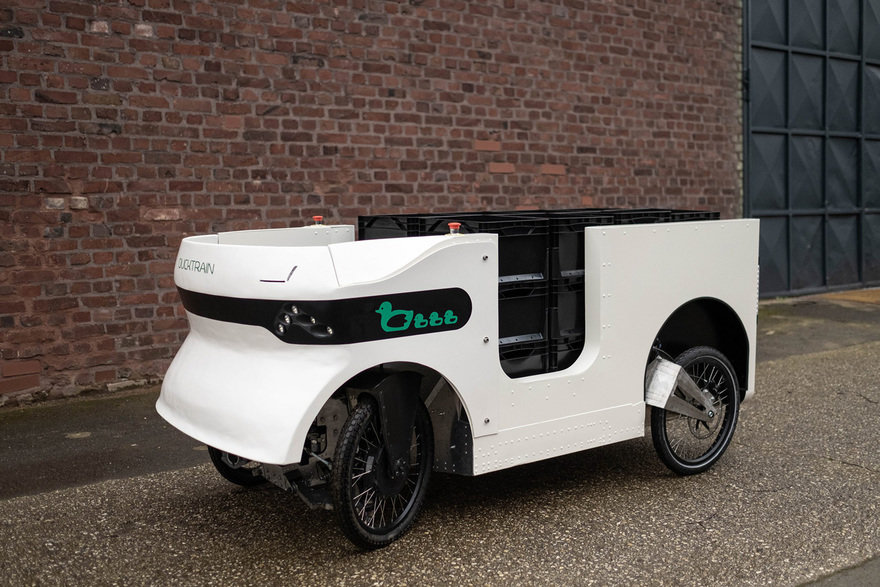 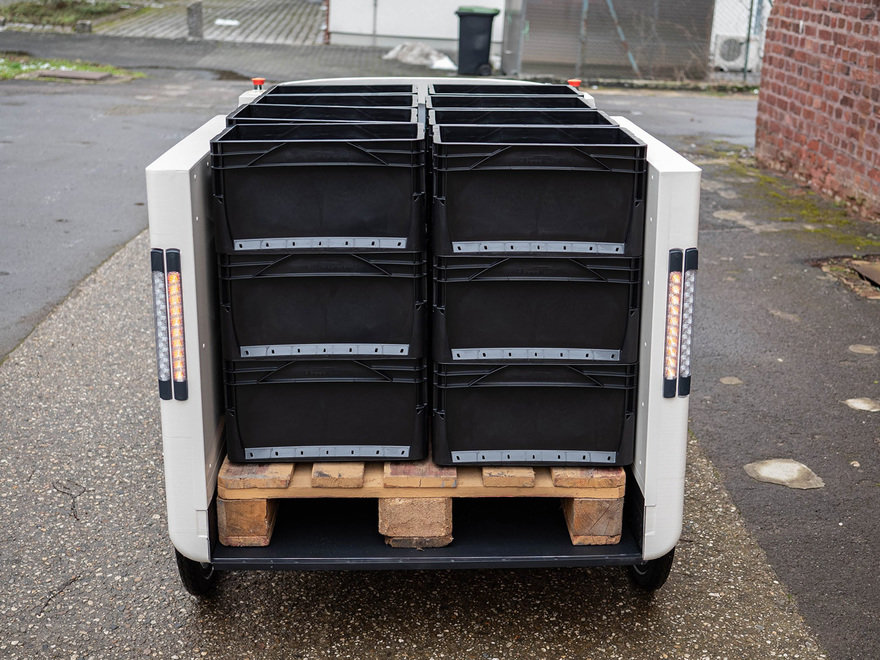 Although the Trailerduck is physically tethered to the bicycle, in the company's eyes that's a temporary formality. The company is also developing a Ducktrain system whereby the trailer is only tethered to the bike via Lidar. And the user could conceivably tether multiple Trailerducks behind it in a convoy (we're starting to see where the name came from). 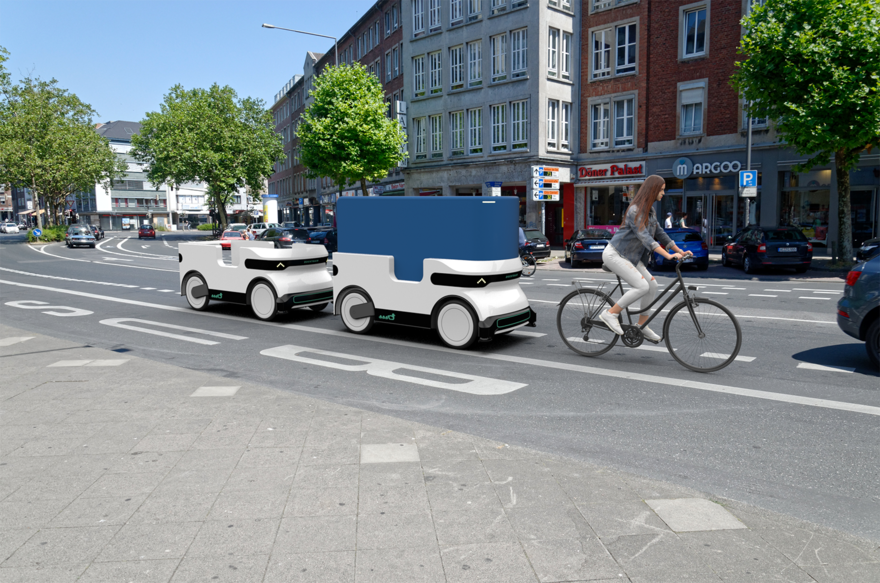 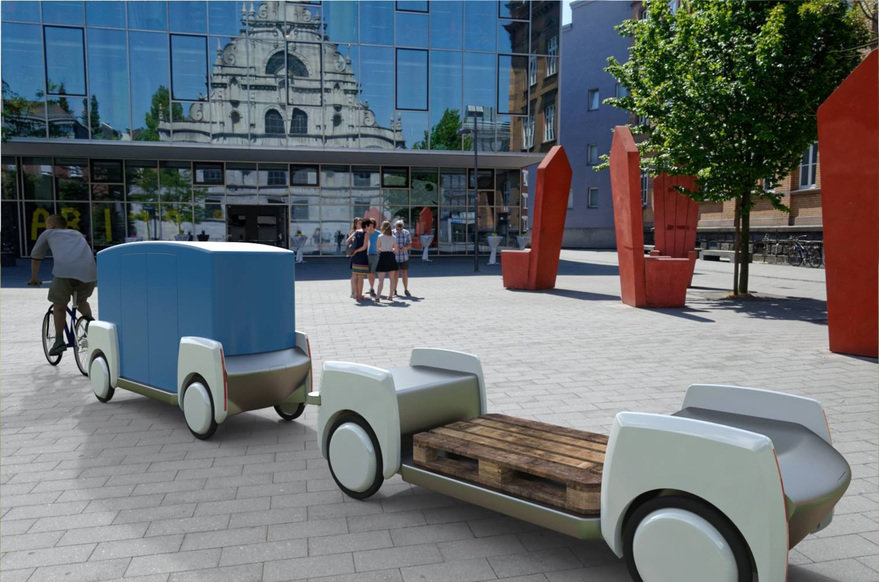 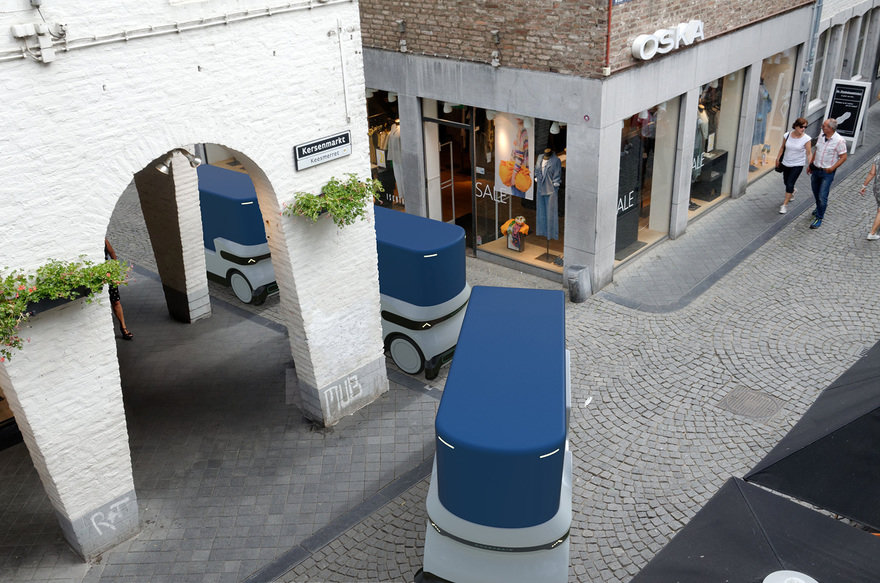 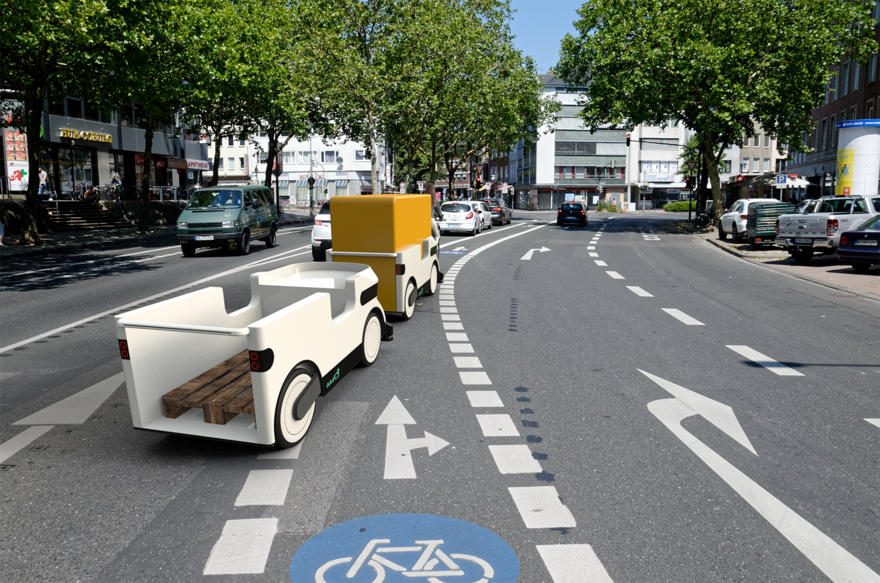 If this idea takes off, traditional bike messengers or food delivery cyclists will be able to carry a lot more. And in-city truck delivery fleets could conceivably pare their vehicles down in favor of bicycles—assuming they operate in areas where it doesn't constantly rain.

The company expects to go into production by next year.