The last time we looked at a cruise ship lifeboat, it was the massive fiberglass CRV55 used by Royal Caribbean. Passengers climb directly aboard from the deck, and the craft is then lowered to the water by winches. 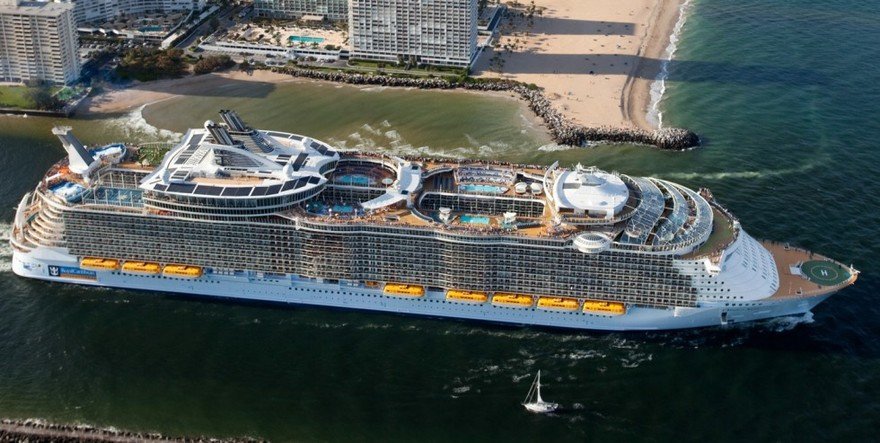 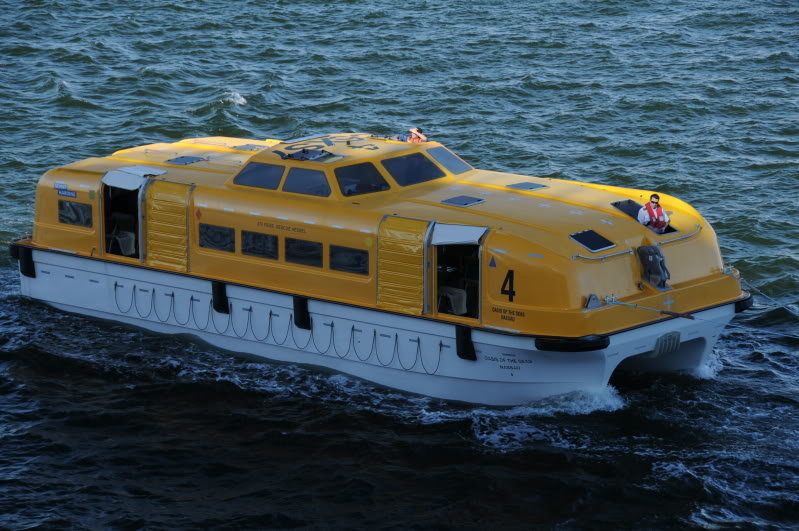 Viking Cruises, however, has a different approach to lifeboat deployment:

How it works is quite interesting. Viking's lifeboats are inflatable and compressed inside a pair of gigantic canisters attached to a heavy sleigh that's pointing nose-down and resting on a ledge: 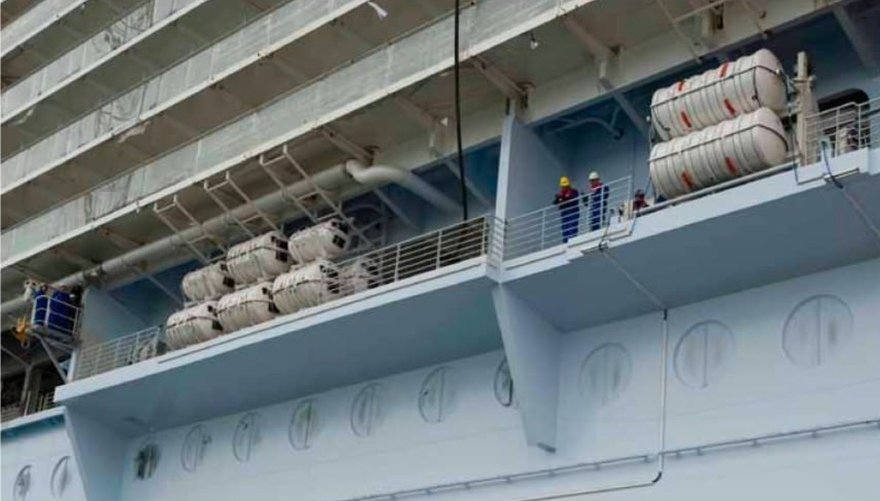 When the release handle is pulled, a small nitrogen blast kicks the nose of the sleigh away from the boat, clearing the ledge. Then gravity takes over, and the sleigh (they call it a "sledge," tomayto, tomahto) plummets towards the water, pulling the escape chutes open. 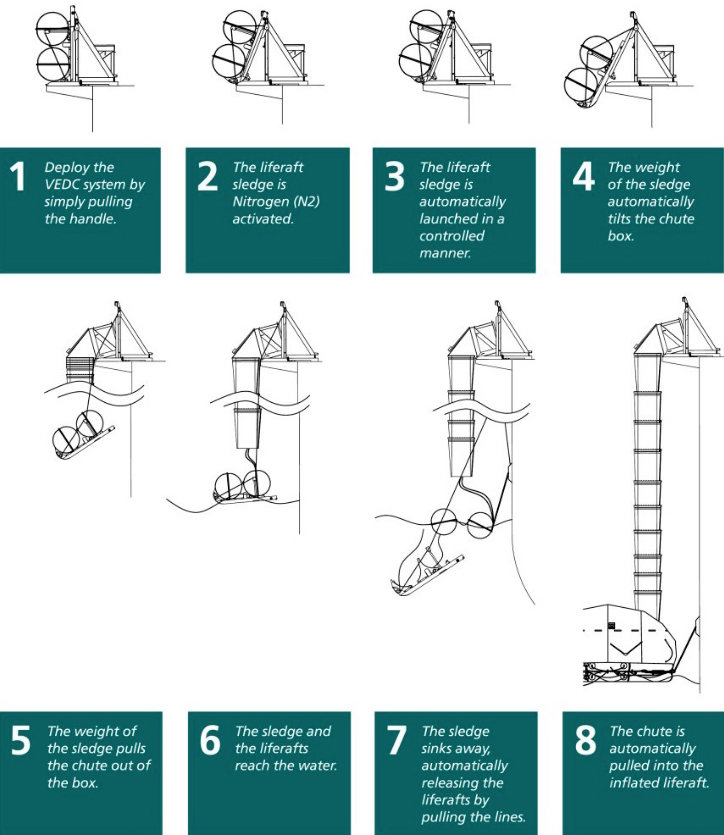 Once the sleigh hits the water, the canisters float but the heavy sleigh sinks, pulling the ripcord that inflates the lifeboats inside the canisters. The sleigh detaches and sinks away. 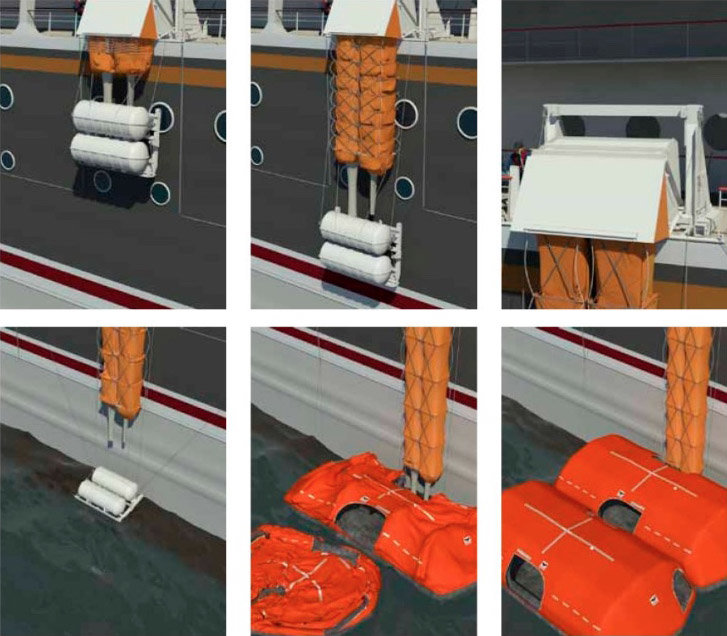 I was initially puzzled by the escape chutes, which go straight down: How the heck do they slow one's descent? 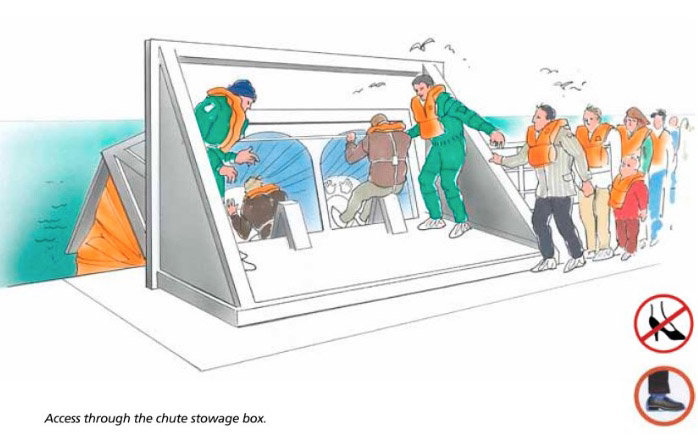 I found the answer in the instruction manual for the Viking Evacuation Dual Chute, or VEDC: 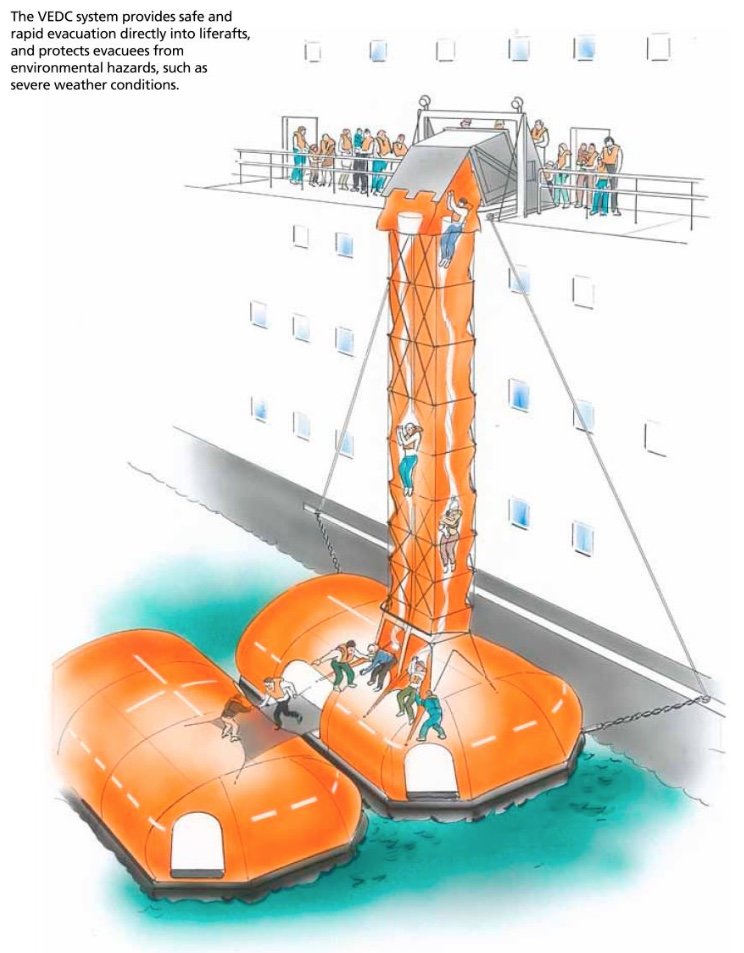 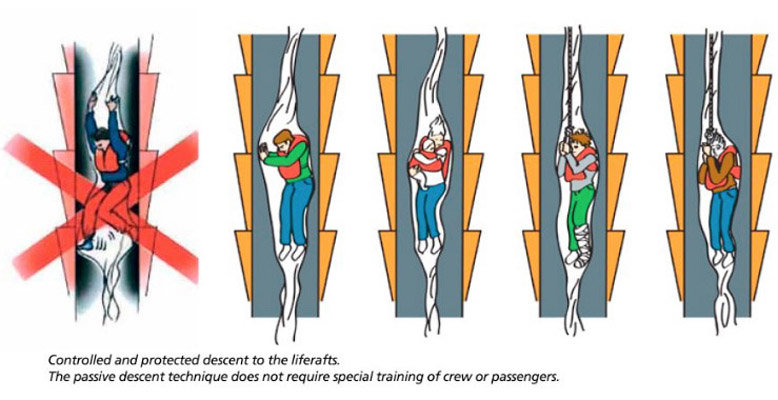 So the dual chutes are basically internal sleeves that slow you down by friction. It appears the key is that you cannot have your arms above your head, but must keep them by your sides to give your torso area enough bulk to maintain friction. As you can see at the right of the image, injured or sick people must be lowered with a rope. And presumably, crew members top and bottom direct the pace, so that you don't have people landing on each other. 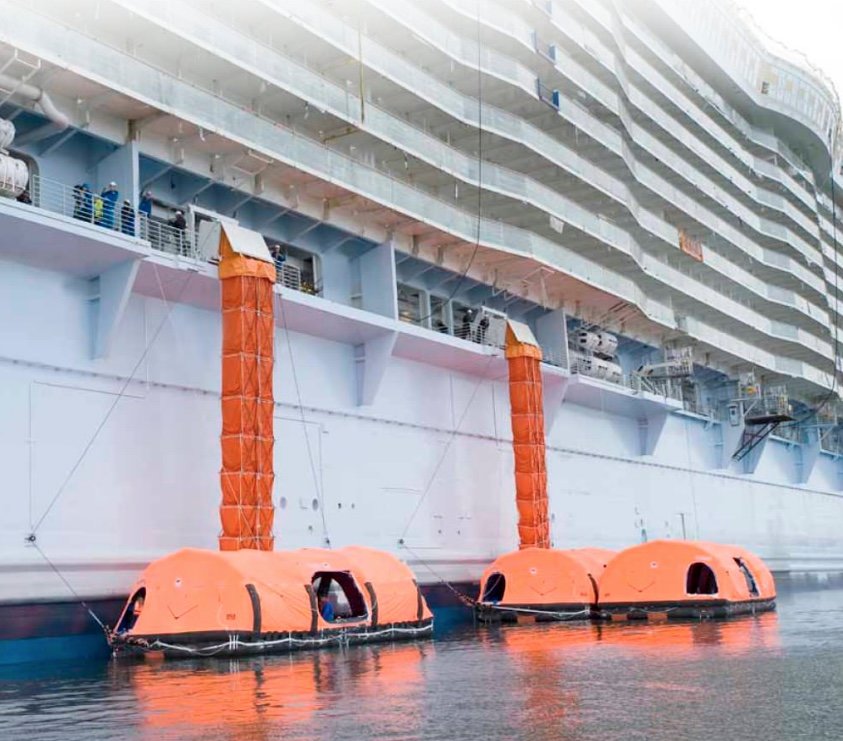 I hope none of us ever has to use one of these, but at least now you'll know what to expect when you jump down that chute. 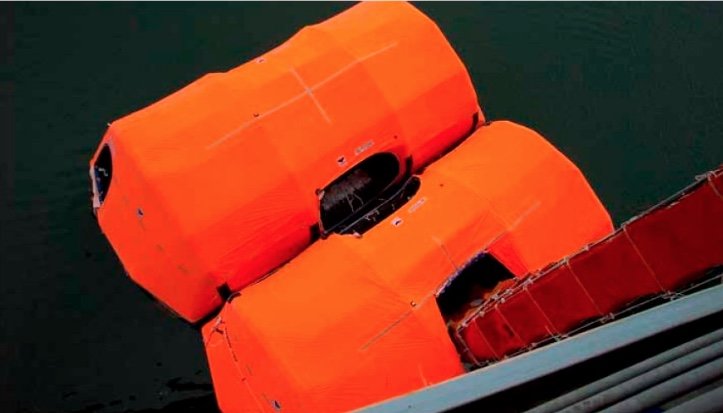