Van Life for the 1%: This Bad-Ass German Luxury Motorhome

Apparently #vanlife appeals to rich folks too. A German firm called Stone Offroad Design caters to this market by producing bonkers motorhomes based on the Mercedes-Benz Atego, a cargo hauler that starts out looking like this: 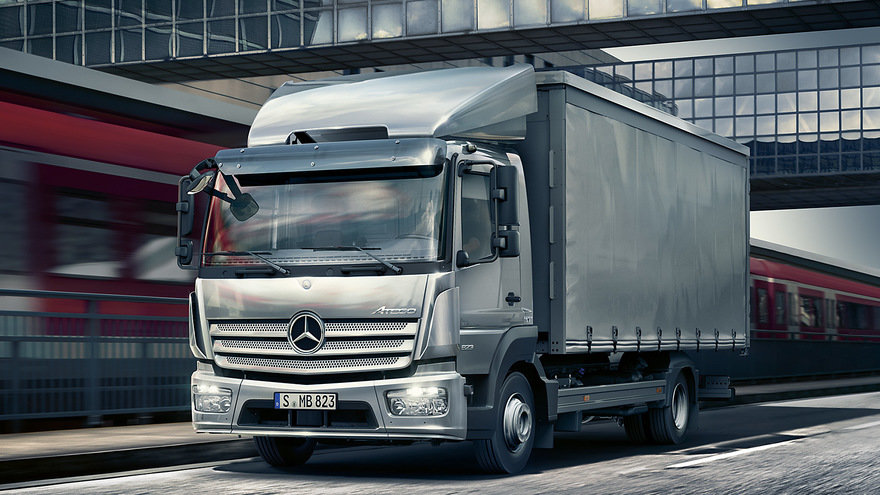 After SOD transforms it into their RISE 4x2-950 model, it looks like this: 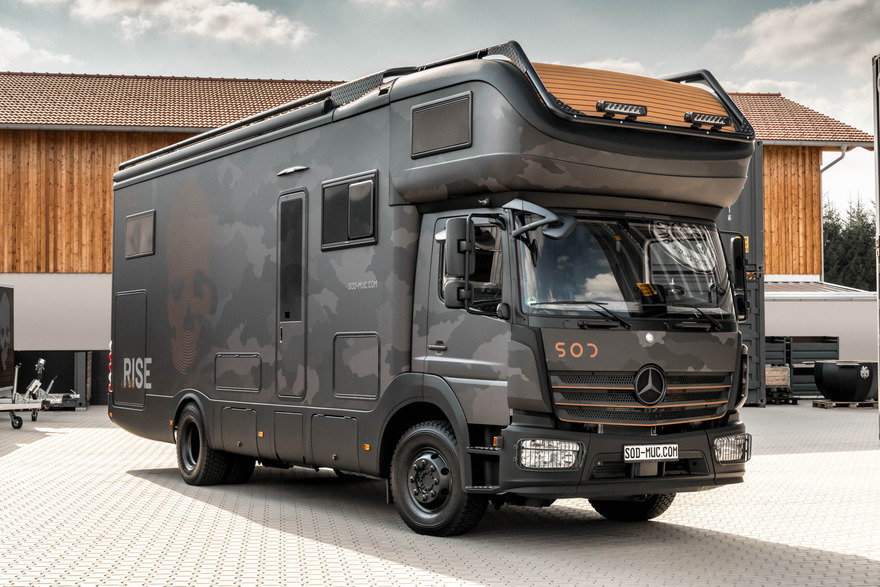 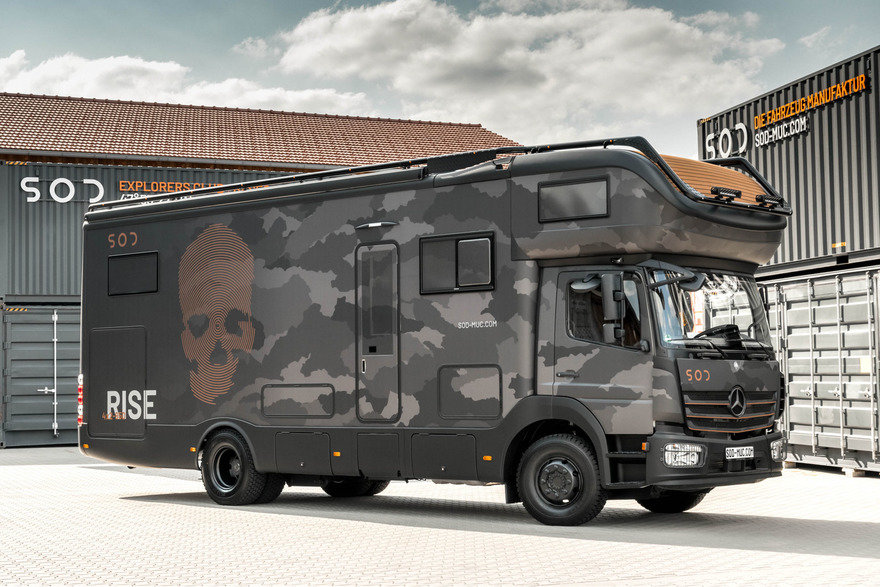 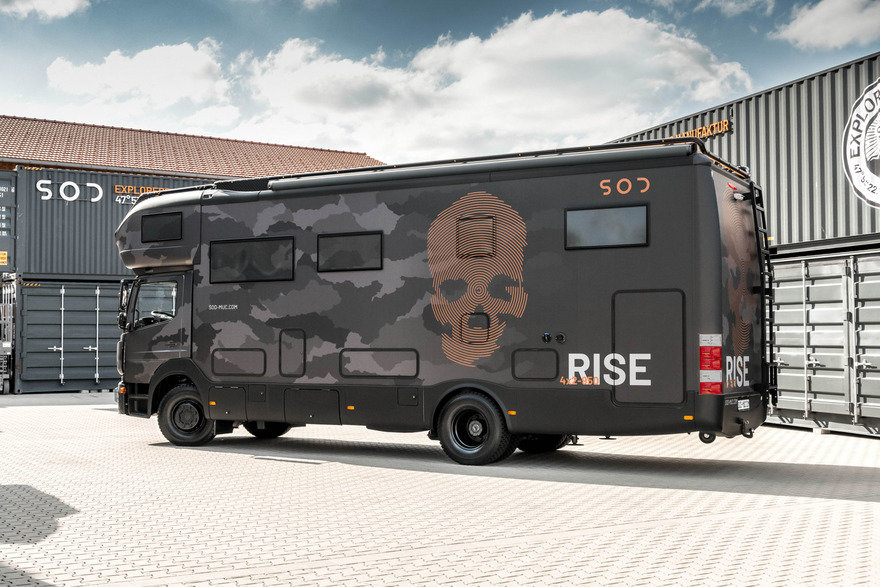 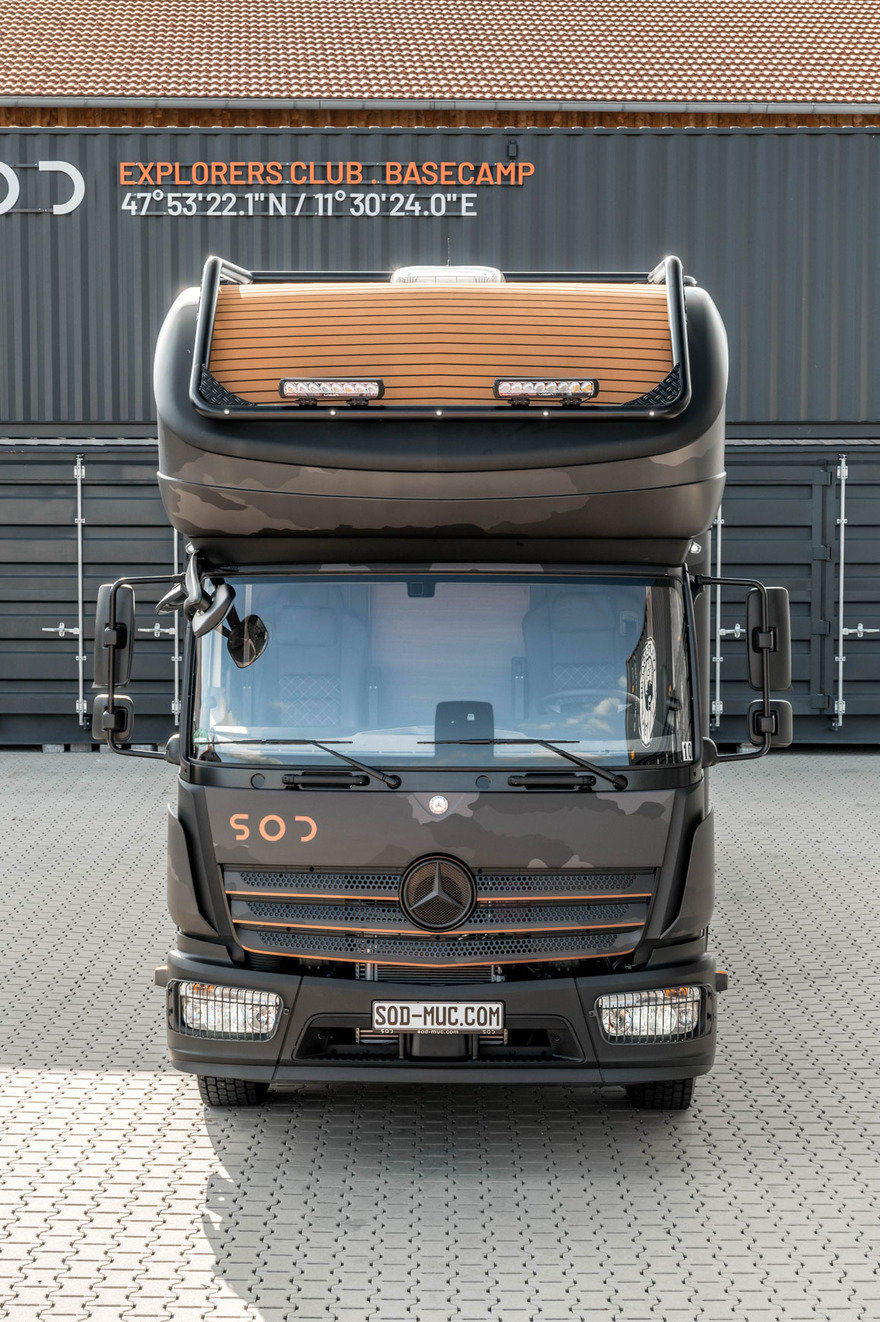 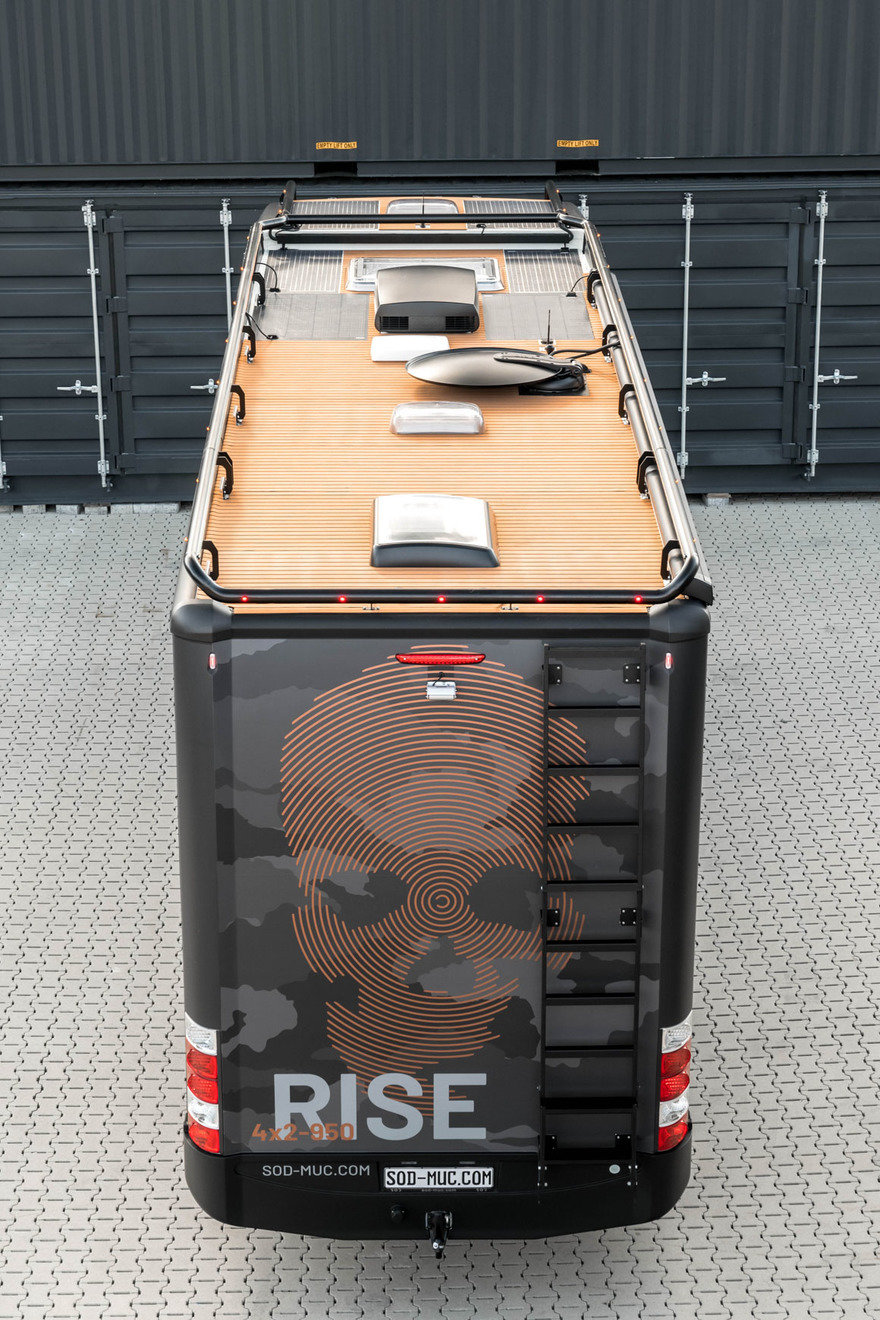 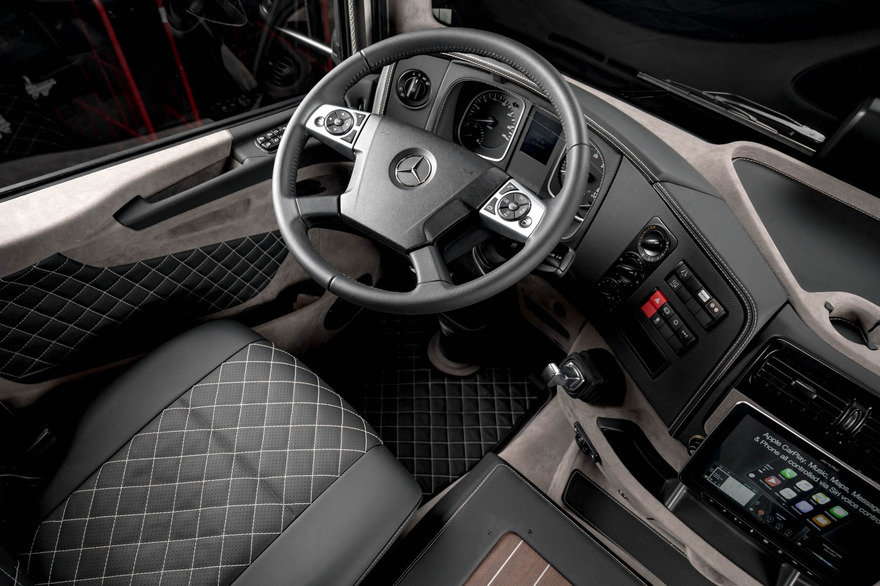 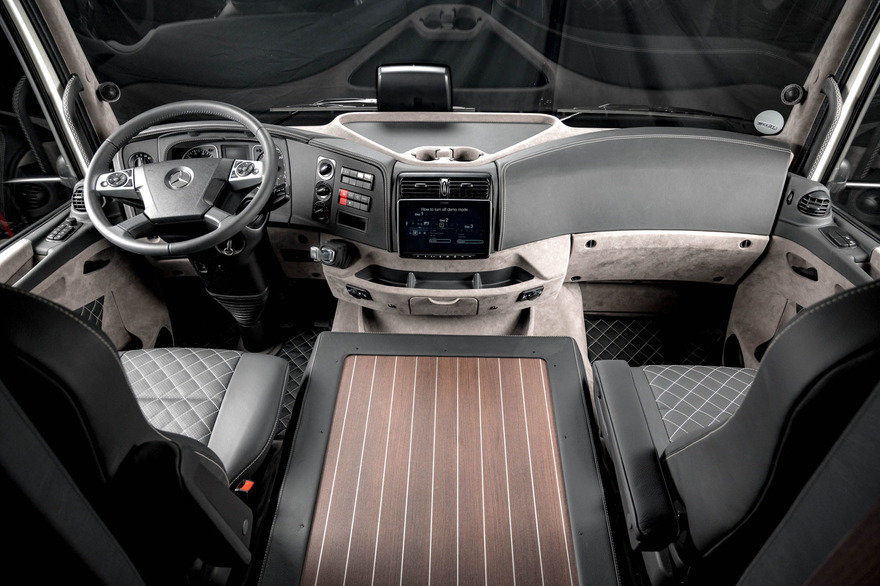 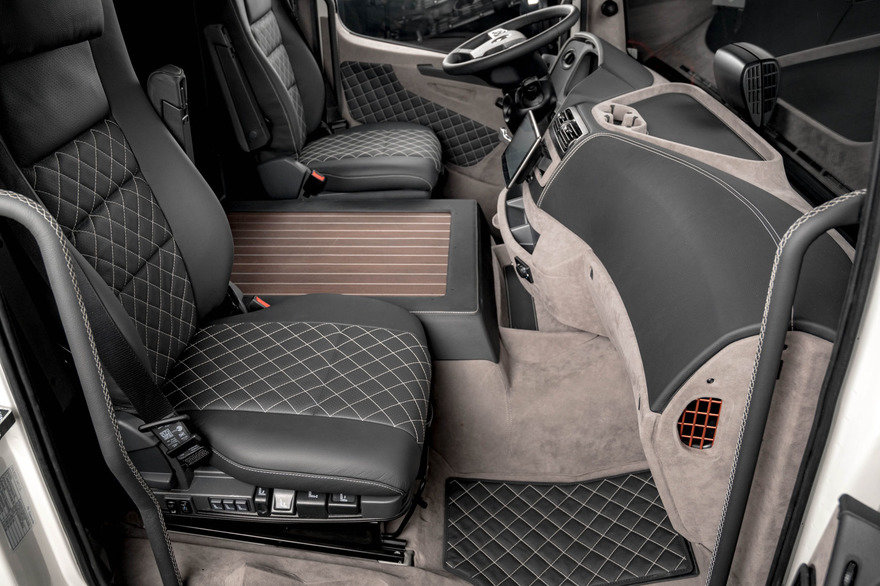 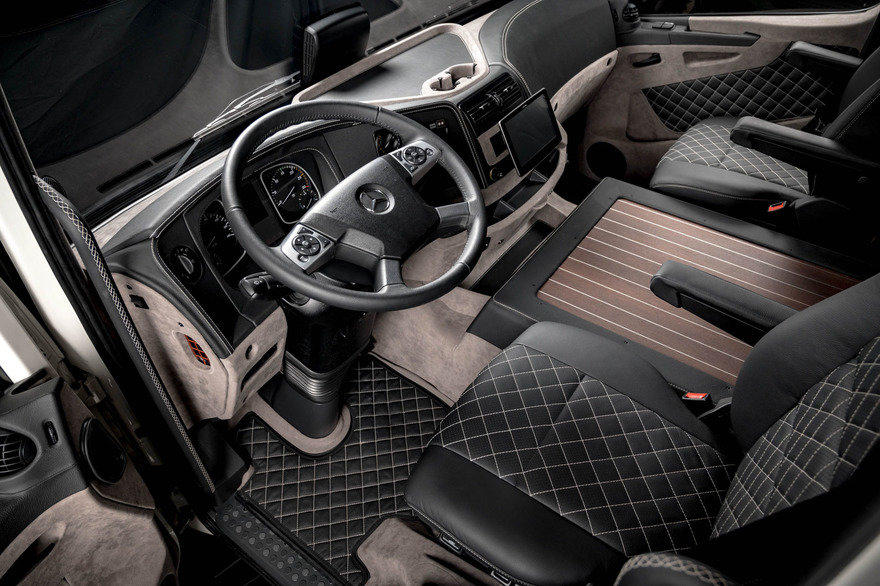 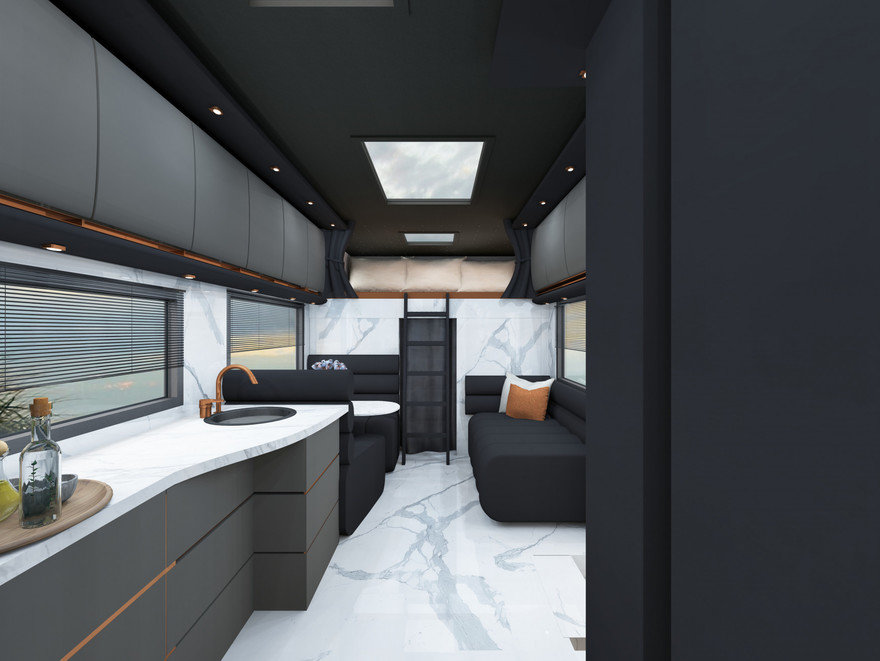 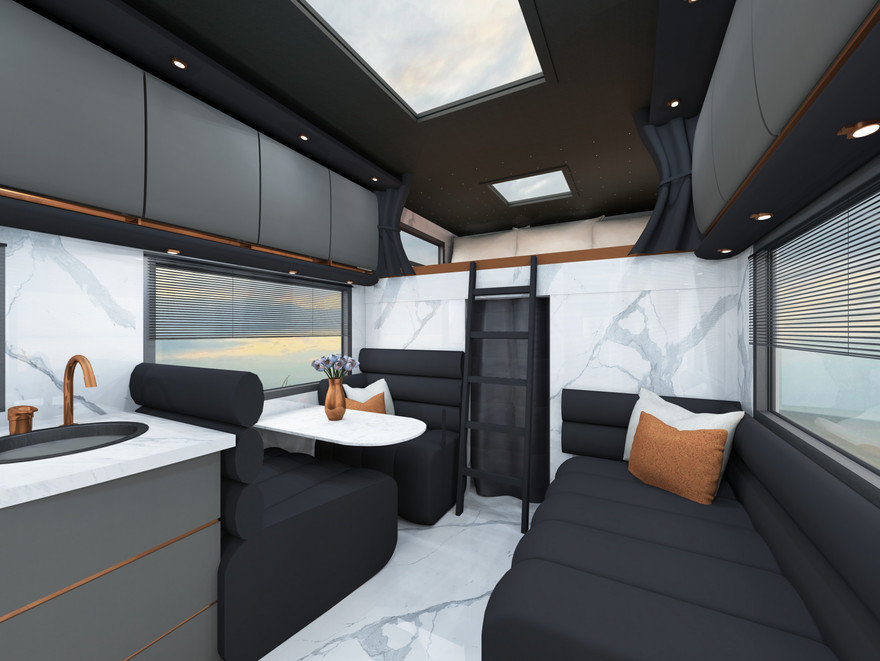 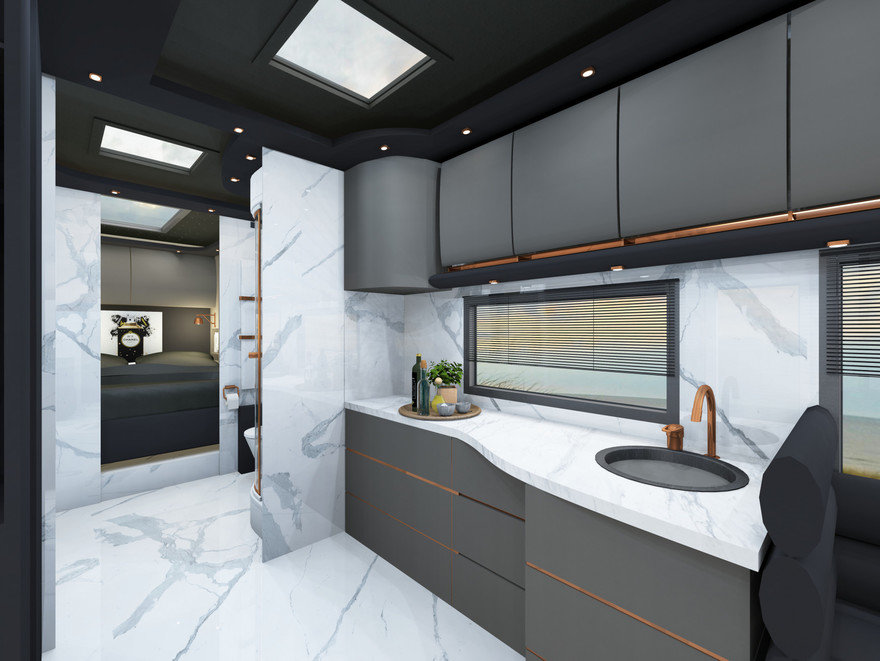 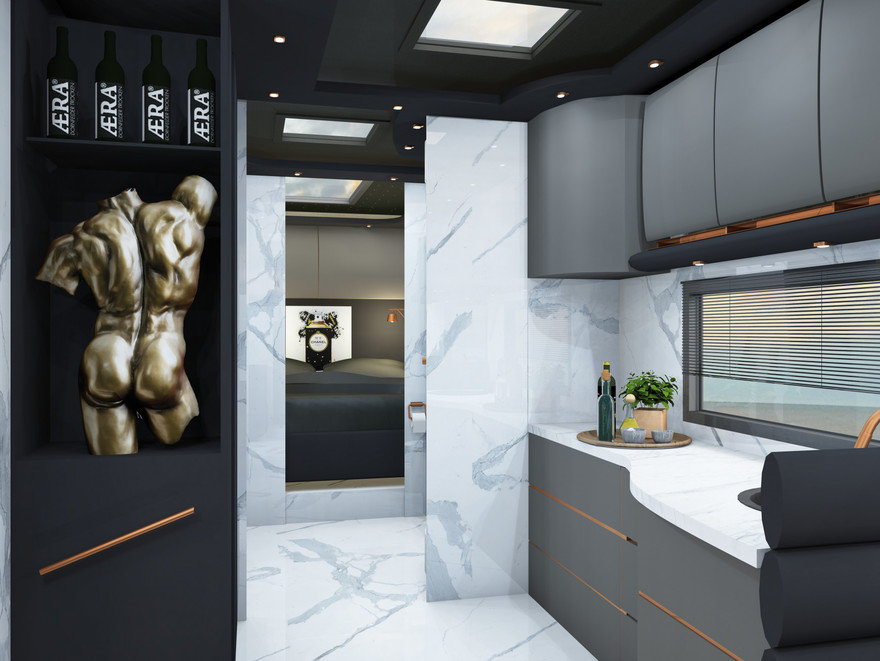 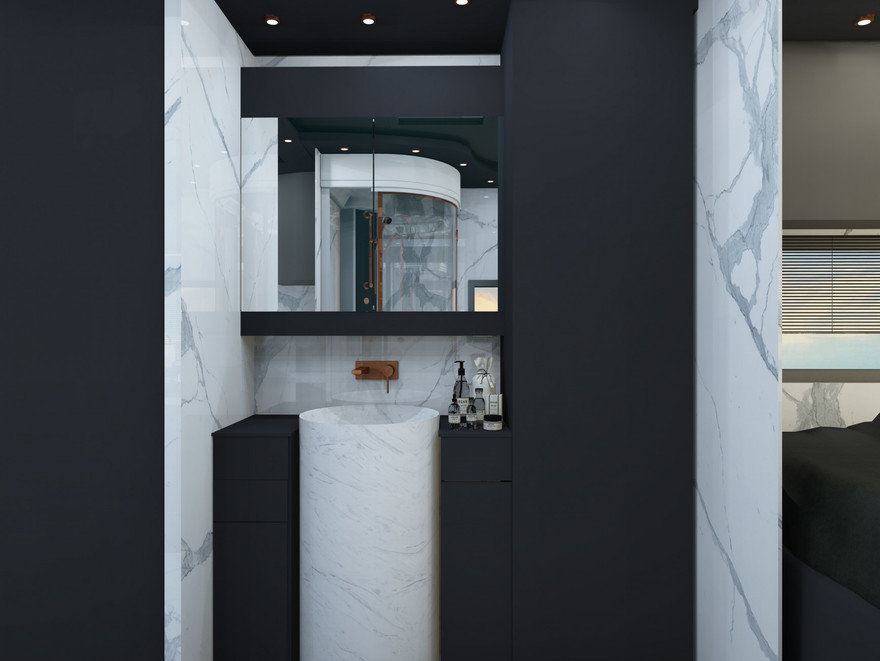 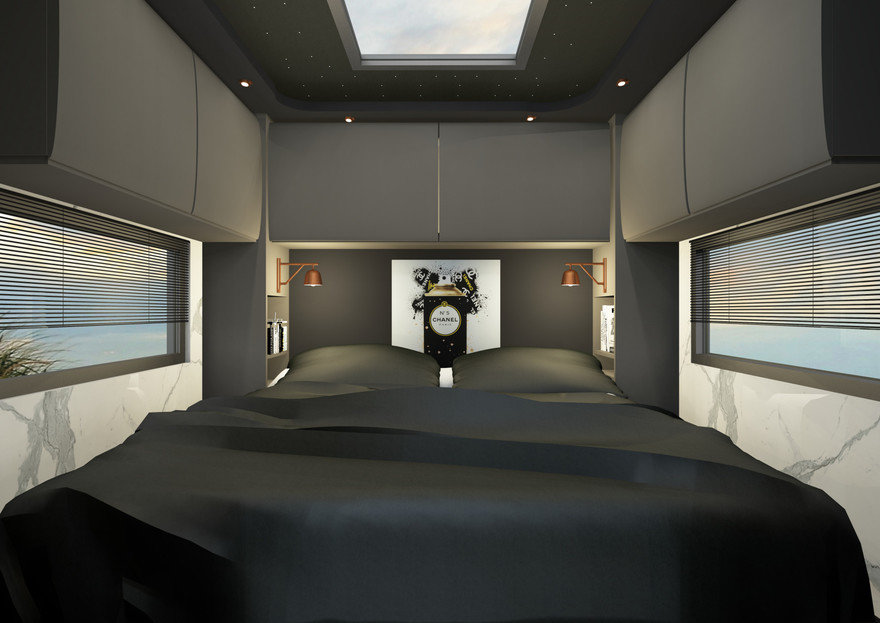 It's got all the things you'd expect: Climate controlled seats, a satellite TV system with LED Smart TVs in both the bedroom and lounge, an LTE WiFi receiver, a solar charging system and a built-in 2,600-watt gas generator, a 400-liter water tank. Built-in hydraulic jacks with an automatic leveling system. An extra outside shower for when you want to rinse off without dirtying the inside bathroom. A rooftop lounge with an unseen heating element in case it gets chilly up there. 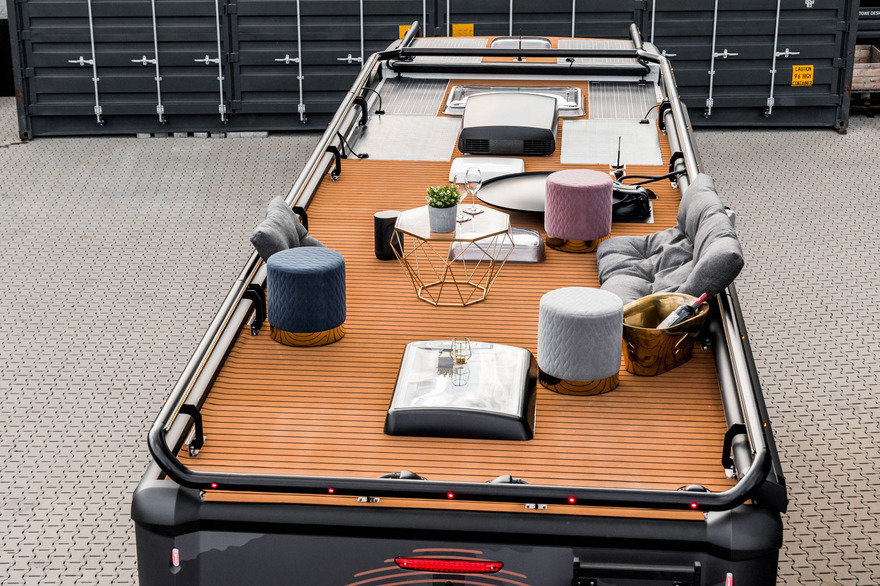 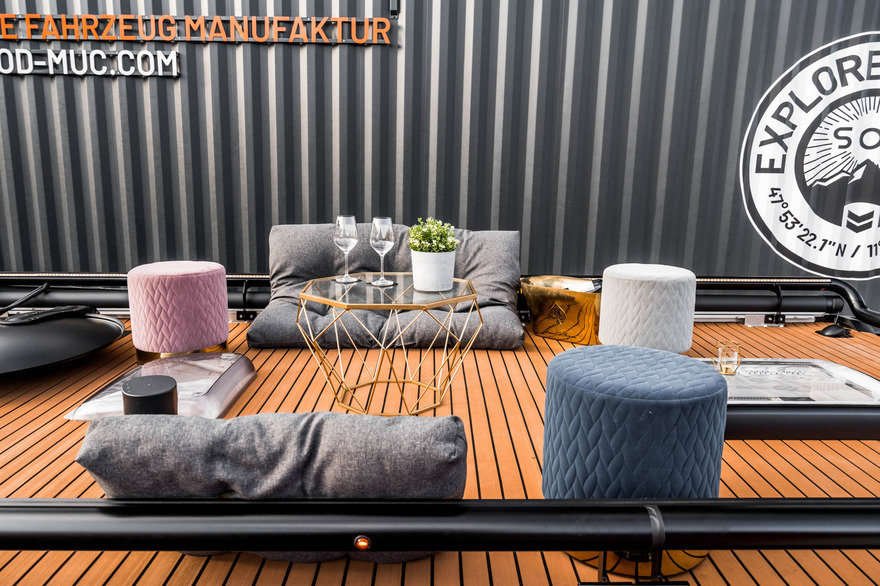 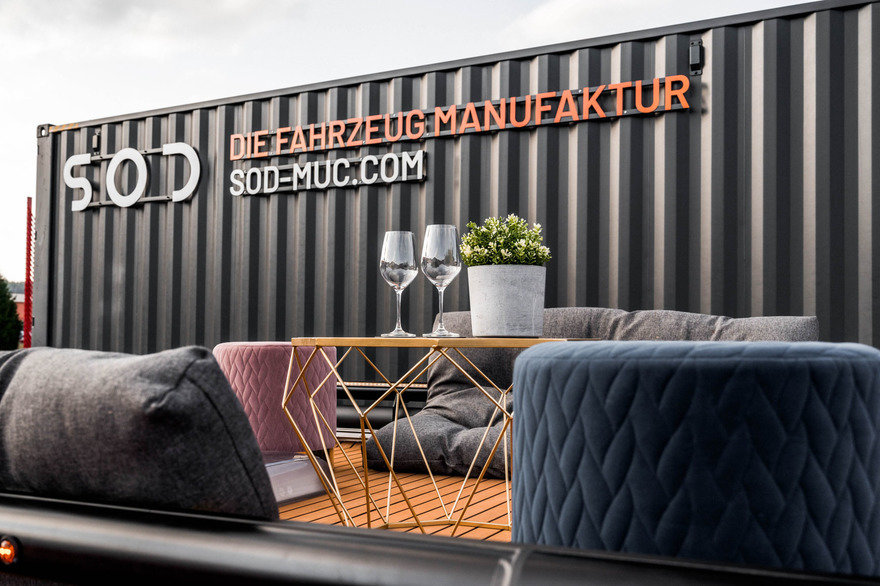 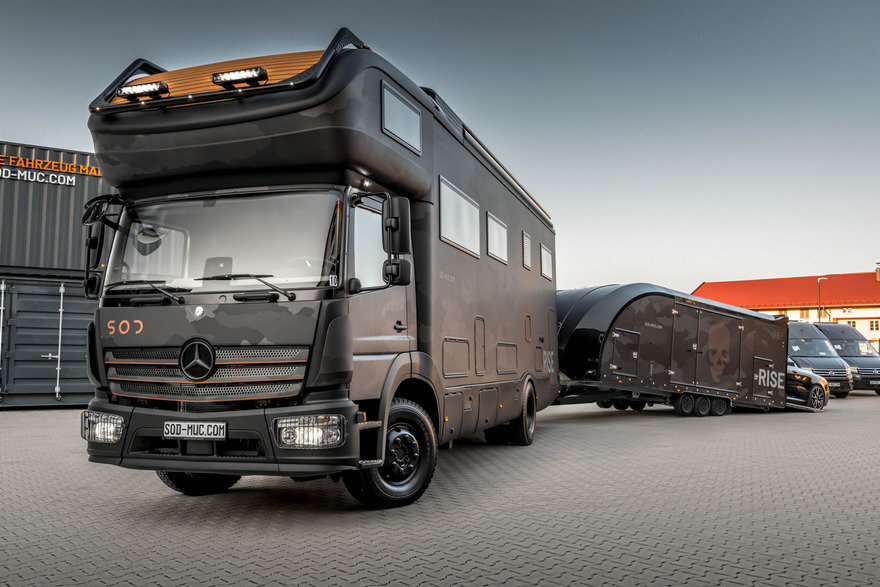 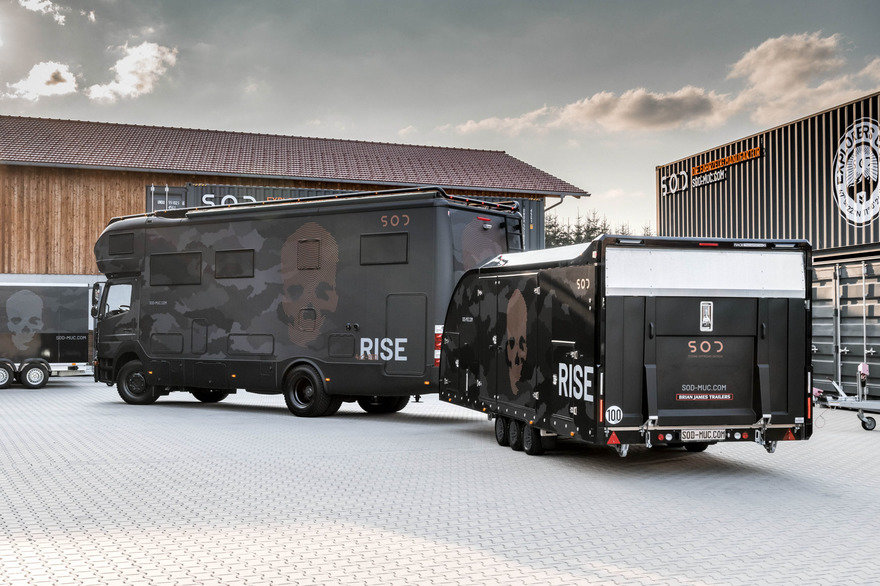 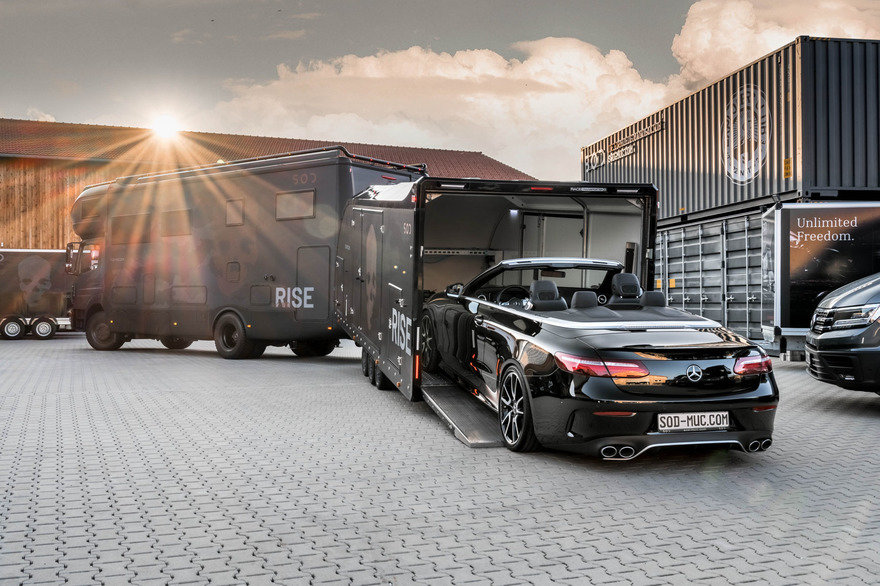 As you can see in the photos above, there's only one bedroom, no room for live-in staff. So what I can't picture is, what kind of one-percenter actually wants to drive themselves around and live out of a van? Are they cooking their own meals, or do they force a personal chef to follow them on a scooter and pitch a tent outside the vehicle? Who hauls that glass coffee table up to the roof deck? Do they park this thing in a regular mobile home lot with all the plebes and take care of the sewage hookup themselves? And where do they even go?

Van Life for the 1%: This Bad-Ass German Luxury Motorhome