The RazorScribe is a small finishing tool invented by Dave Brallier, a general contractor who works on high-end homes, where the clients expect their expensive materials to mate precisely. 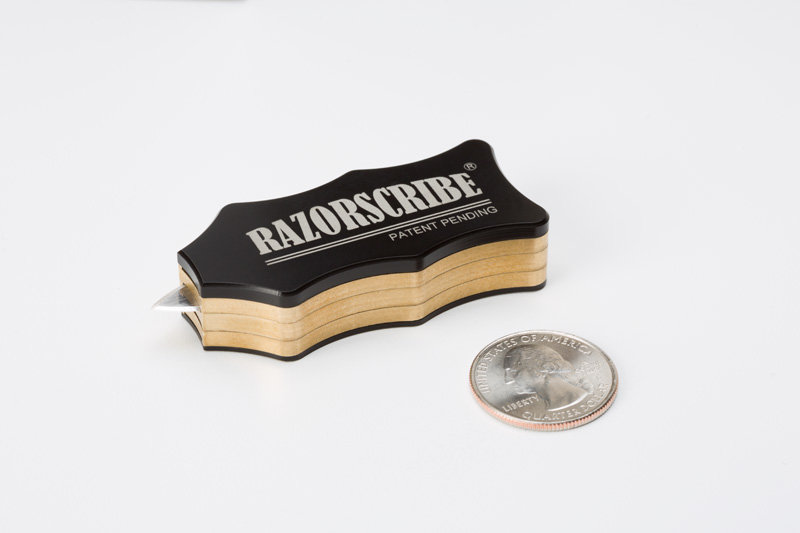 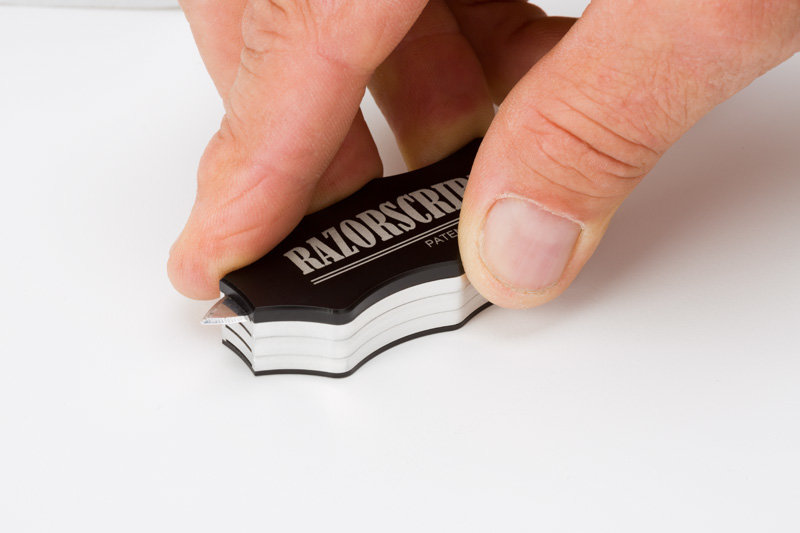 "The first prototype of the RazorScribe® was born out of sheer necessity. While installing a bank of custom curly maple panelling onto light-colored limestone, Dave realized even the smallest gap would be painfully obvious. An inaccurate pencil scribe line just wouldn't do. His epiphany was to epoxy a razorblade to a block of wood, allowing him to cut through the veneer, leaving a clear, precise scribe mark."

Using this technique Brallier continued making new, custom scribes for each project, but after seven years, struck upon an idea for a permanent product. Pocket-sized and adjustable, it contains a razor that can be easily and quickly set at 1/16" increments up to 1/2". 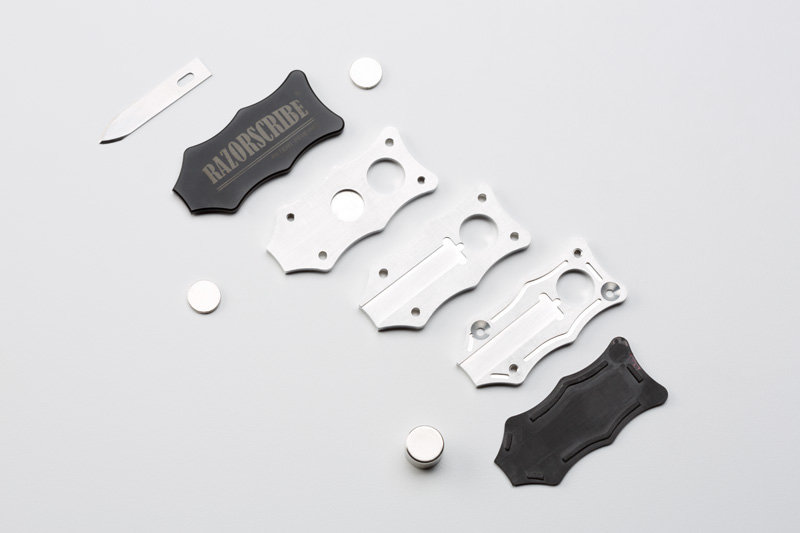 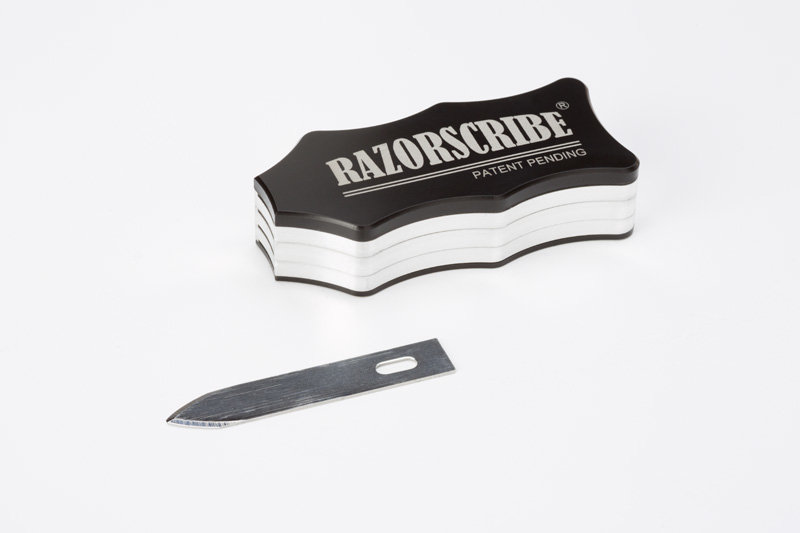 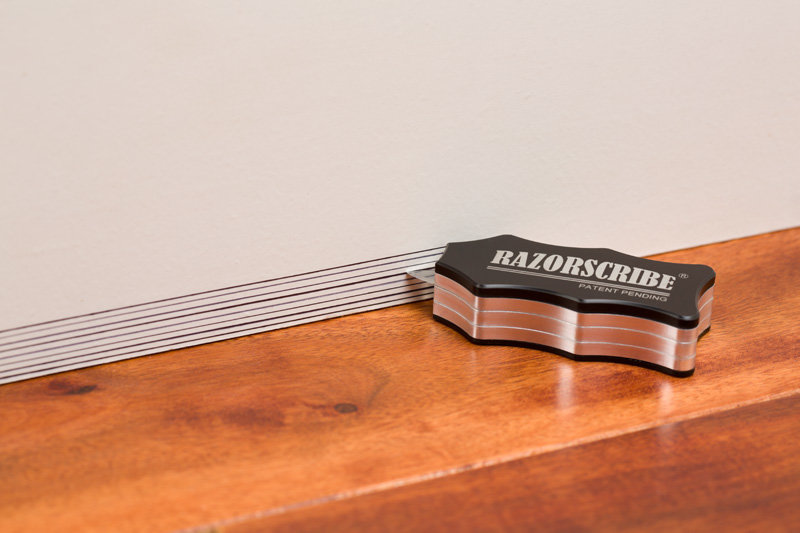 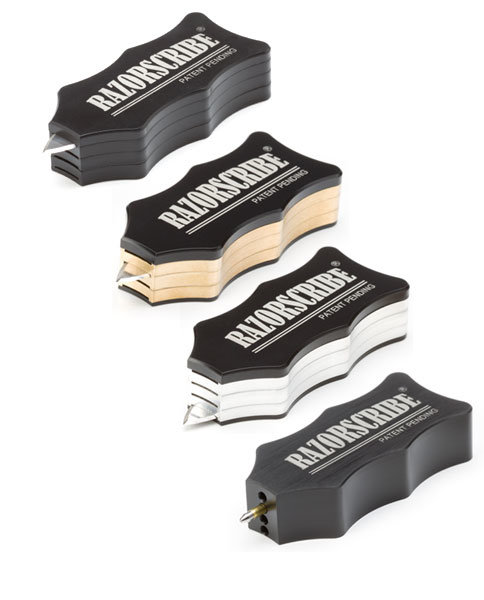 The video, and the results with the cabinet toekicks in the demonstration, demonstrate the utility and cleverness of the tool: