Adding layers of commentary to an iconic jewelry design

Thanks to the 20-year trend cycle, the 2000s are cool again. While Uggs, Crocs, and obsessive branding have been popular for a few years, the quiet of the pandemic pushed them fully back into the mainstream. After a decade of minimal aesthetics, trend hunters are longing for bold, often brash visual excess. It's the perfect climate for a full-blown return to logomania.

The 21st century onslaught of brand imagery is a strong point of interest for Dutch designer Frank Tjepkema. In 2001 he created "Bling Bling," a comically large gold pendant consisting of 100 logos layered on each other. Tjepkema wanted to make a statement about widespread devotion to brands, as well as to interrogate their sustainability. 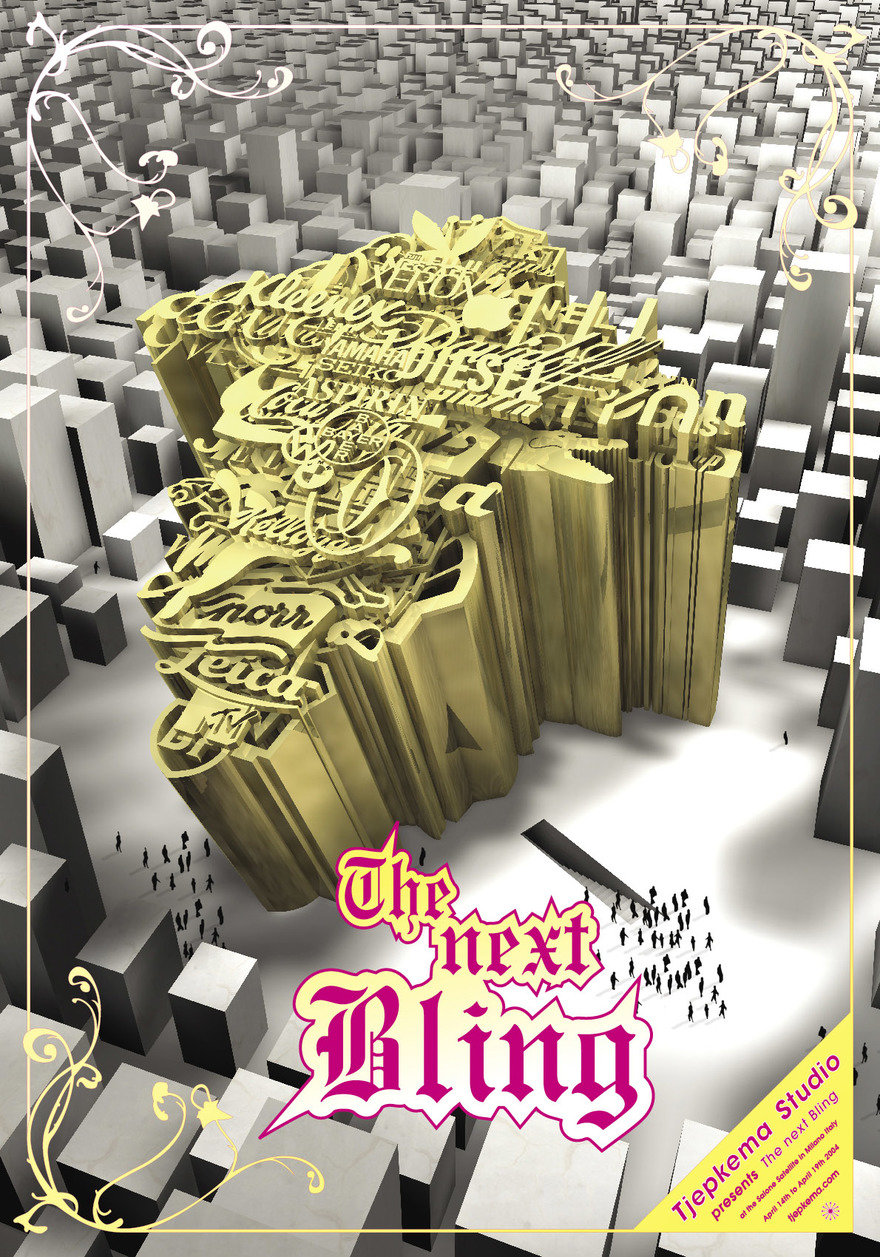 Over 20 years later, Tjepkema has updated the design of "Bling Bling" to include 60 more contemporary brands, like Facebook, YouTube, and Netflix. Its release comes in the form of a new pendant, anniversary exhibition, and a digital painting called "Logos." In its accompanying animation, disassembled pieces of "Bling Bling" fall slowly before reassembling themselves into Tjepkema's cross design.

"[It's] about the genesis, decay, and ultimately possible collapse of our dominant economic system, if nothing radical changes," the designer said in a statement. "Are brands the new religion? [Are] large corporations not the contemporary version of the tower of Babylon?" 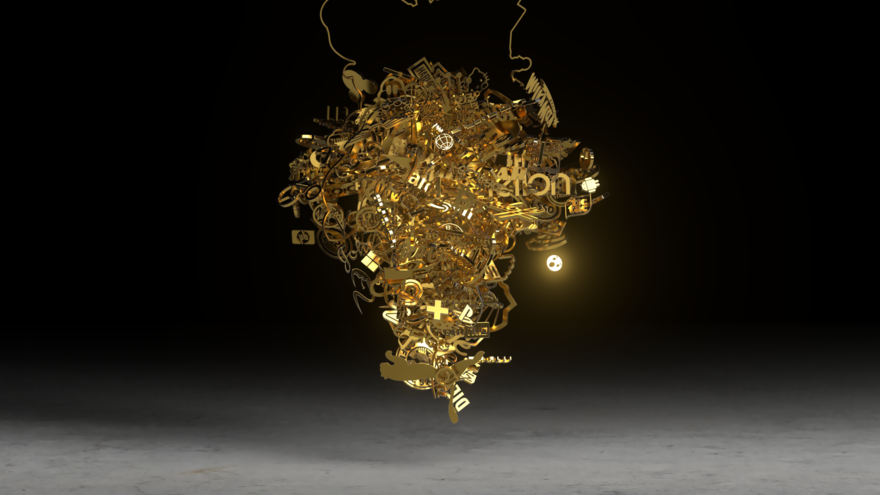 To further acknowledge the shifting nature of branding, Tjepkema will release "Logos" as a series of NFTs. Each of the 160 logos featured will be available for purchase in the form of a still from the animation. Tjepkema will stagger the release throughout 2022, making "Logos" the slowest NFT drop to date. To reward early investors, the starting bid for each still will grow with each new drop. According to a statement from Tjepkema, buyers have sold or reserved more than 10% of the supply within two weeks.

"Logos" and the 2021 edition of "Bling Bling" come in gold as well as black, "[to] underline the questionable side of brands…[and] their impact on our planet." Benefits of purchasing a Logos NFT include a high-resolution still for private display, a 4K copy of the original six-minute animation, and exclusive access to Tjepkema's future developments, including jewelry releases and "other metaverse projects already in the making." The designer will donate 100% of names marked as activism to the non-profit library archive.org. 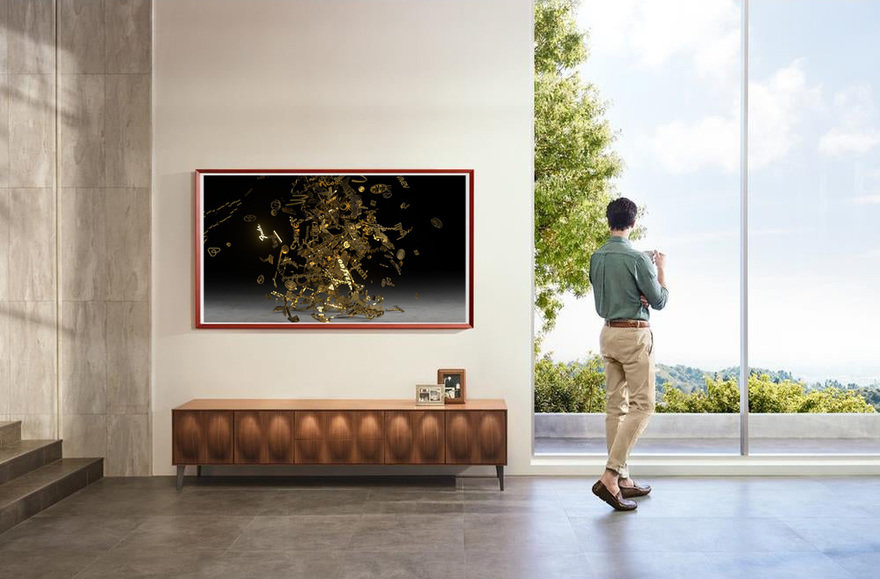 Tjepkema has complicated feelings about the growth of the digital sphere. "As a parent, I am worried about my son spending a lot of time in games, which are already full-blown metaverses," he said. "But as it turns out, instead of being an isolating activity, gaming has become an extremely social activity, thanks to digital connectivity between participants. As such, it turned out to be a blessing during the difficult recent lock-down period."

Despite Tjepkema's reservations about Web 3, he is intrigued and ultimately optimistic. "[The] danger of going towards a Matrix construct as a replacement for reality seems closer than ever," he continued. "But I have to recognize that if well done, the benefits could be immense: the complete decentralization of offices means less time wasted in traffic, fewer carbon emissions (if green energy is applied to data centers), less stress, [and] the possibility of living wherever you want."

Pieces from the Logos NFT collection are available for purchase on OpenSea. Tjepkema is already working on other metaverse projects, including additional NFTs and digital architecture. He will serve as the Jury Caption for the Built Environment category for this year's Core77 Design Awards.