An Off-Road Electric Bike--With Gas Tanks in the Wheels

The Ultra Bike 2x2 is an unusual proposition

Reportedly in production, the Ultra Bike 2x2 is a very unusual vehicle concept. It's a utilitarian off-road electric bike, with a 1KW motor in each wheel powered by a 48V battery in the lower center of the frame. The unusual part is that the wheel rims are actually fuel tanks meant to hold 6 gallons of gasoline. 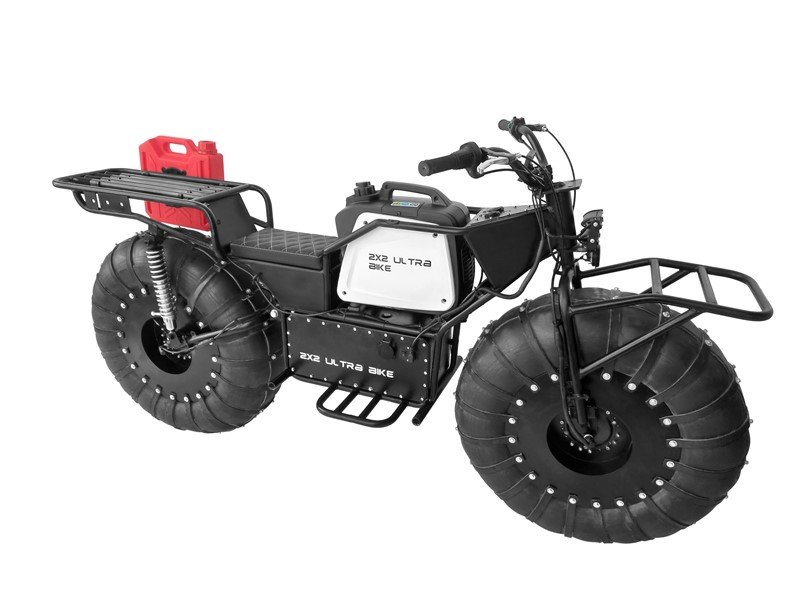 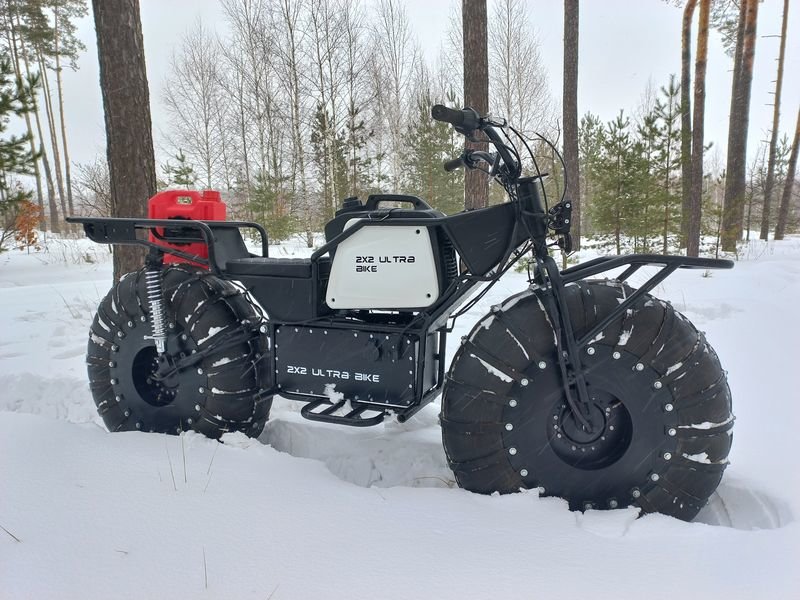 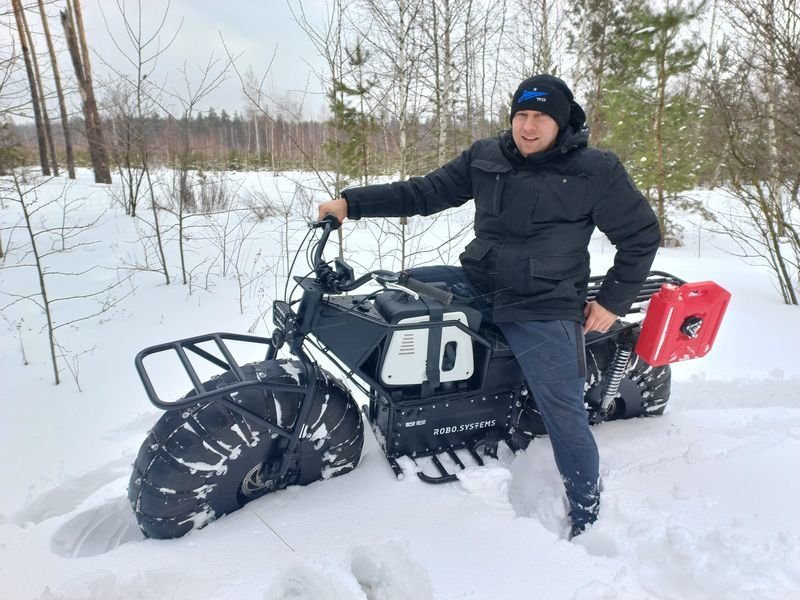 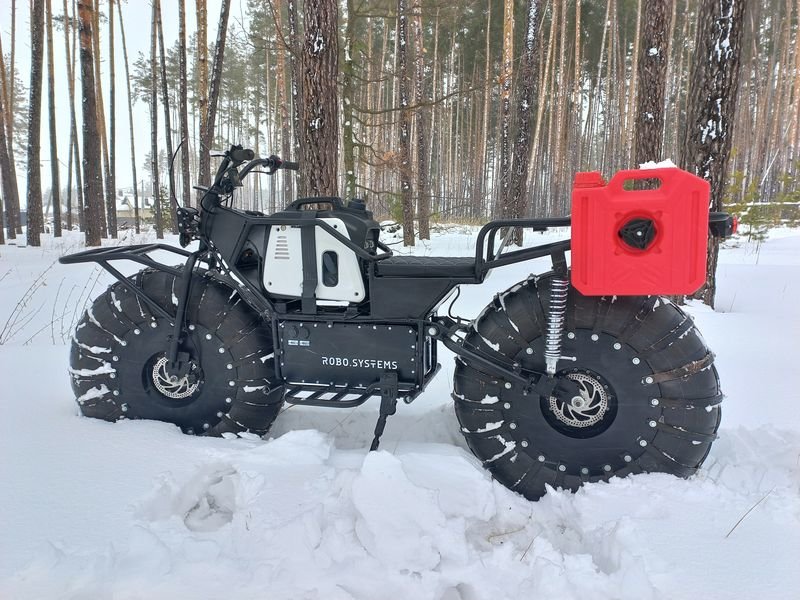 Why do you need gas, for an electric bike? Because that white thing you see in the frame, in the area where a fuel tank would normally be, is actually a gas-powered generator. 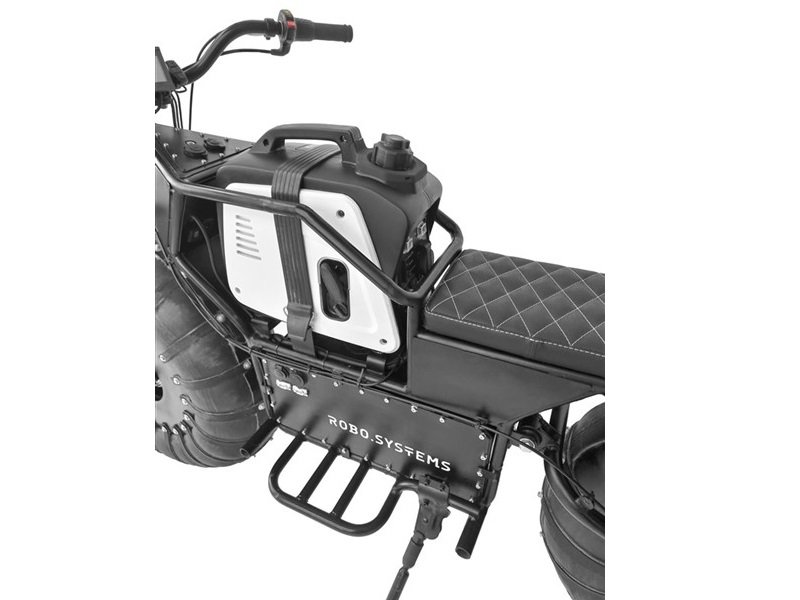 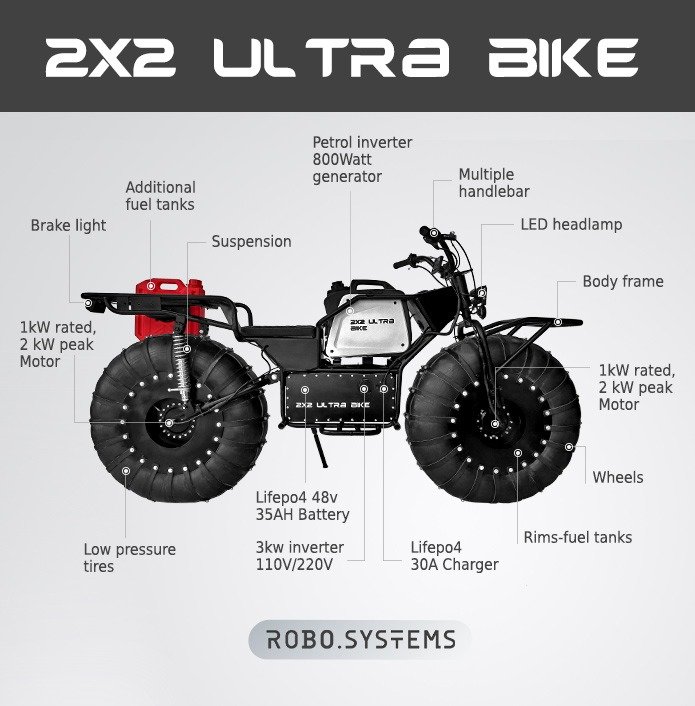 You can use the generator to charge the bike's battery to extend its 40-mile range, or to power objects (up to 800W) in remote locations. You can also pop the generator out of the frame to use it away from the bike. 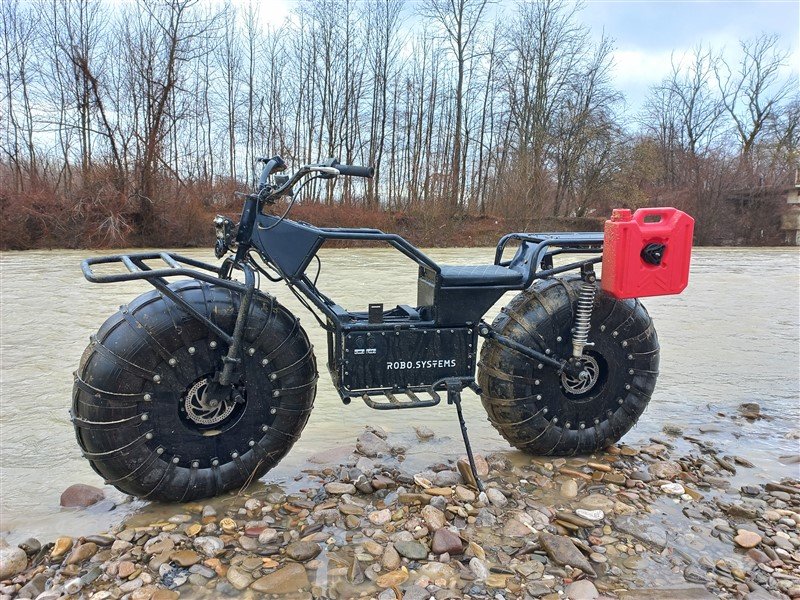 It is telling, or at least suspicion-inducing, that they've omitted some key things from the video. How easy or difficult is it to fill, and draw fuel from, the in-wheel fuel tanks? 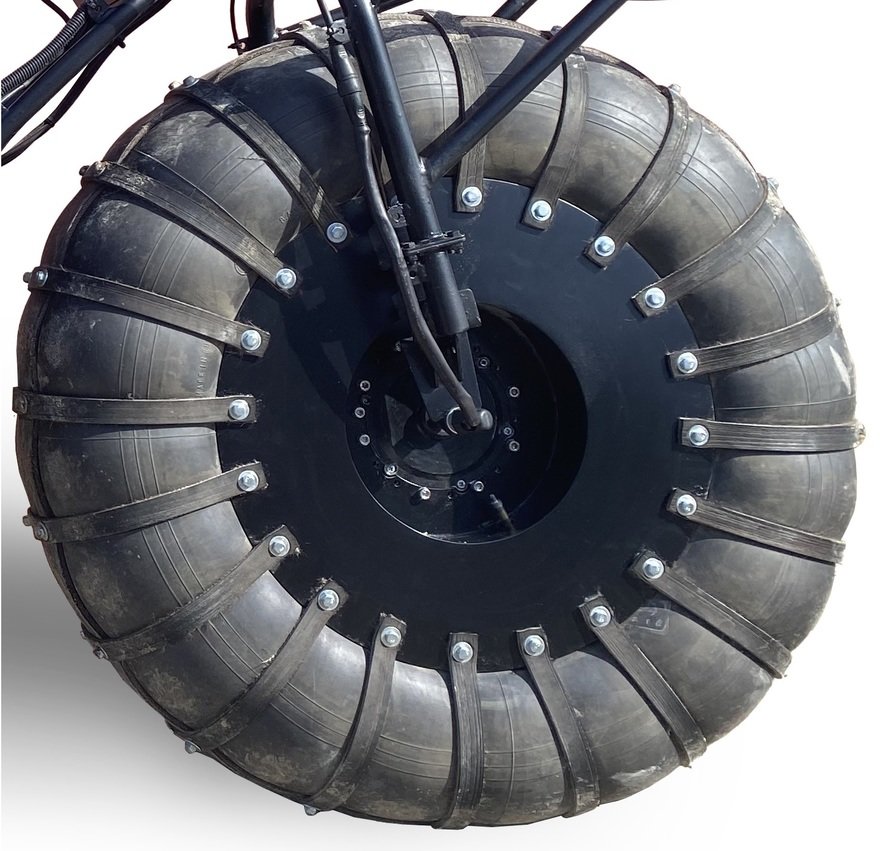 And how well do those pontoons work, if at all? 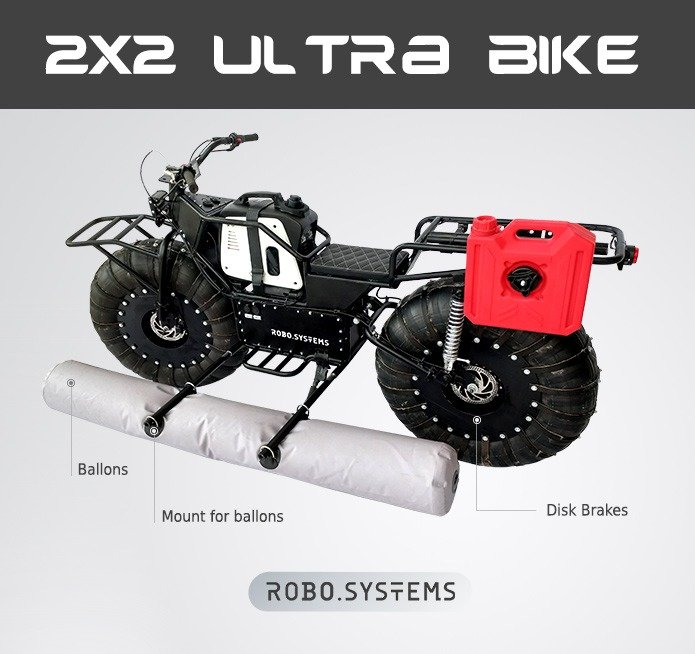 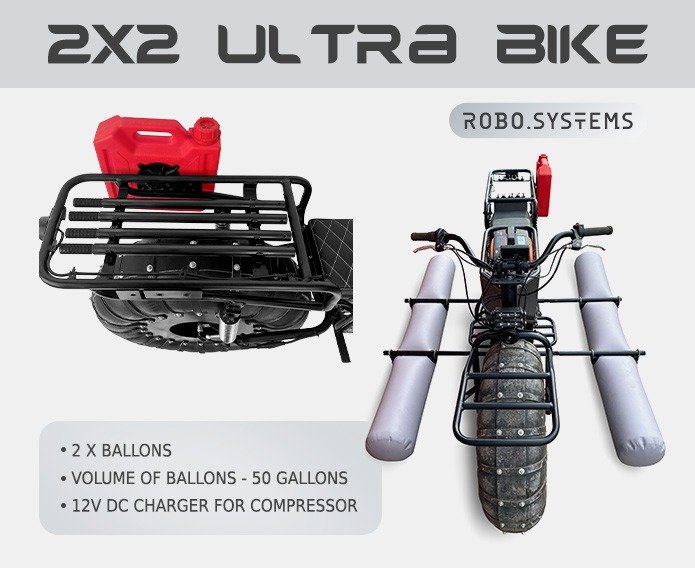 Nevertheless, the company claims they have inventory and are currently selling the bikes, though the surprisingly low asking prices again raise suspicion: The starting price is just $1,990.