If you interview poorly, a lot can go wrong during a job interview. It's disappointing that interviews are the final hurdle to obtaining a job, when the interviewee may possess the perfect skills needed to execute the work, but simply gets nervous in interview situations where their future is on the line.

When Google launched their Career Certificate Program during the pandemic, it offered a half-year of career training for a paltry tuition of $300-400—yielding certificates that could pave the way towards a $75,000-a-year job. Lots of people signed up. But when Google followed up to measure their outcomes, they found a lot of certificate holders were blowing it at the interview stage.

As one example, Le'mont Calhoun completed the Certificate course in IT Training—but had never been on a job interview in his life, having previously been self-employed. He then became one of the testers for Google's proposed solution to the interview problem: Interview Warmup, a sort of digital coach that people could practice with on their smartphones or computers. The program asks you questions by voice, and you answer by voice. 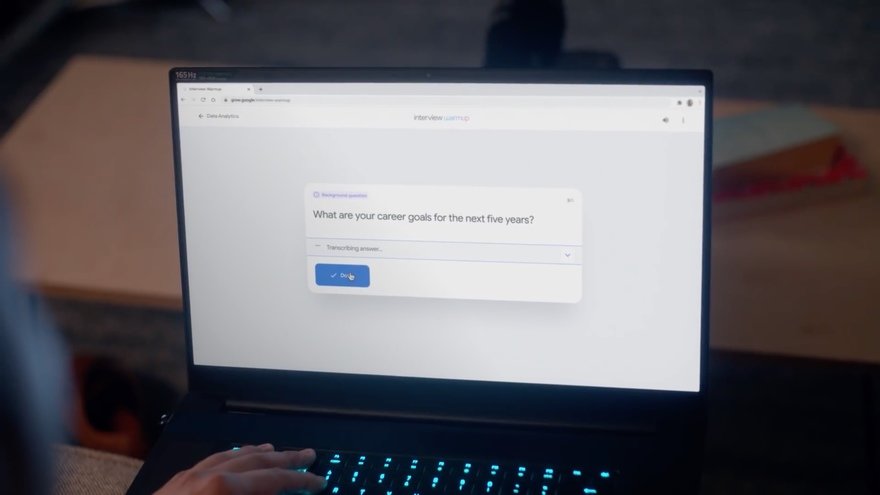 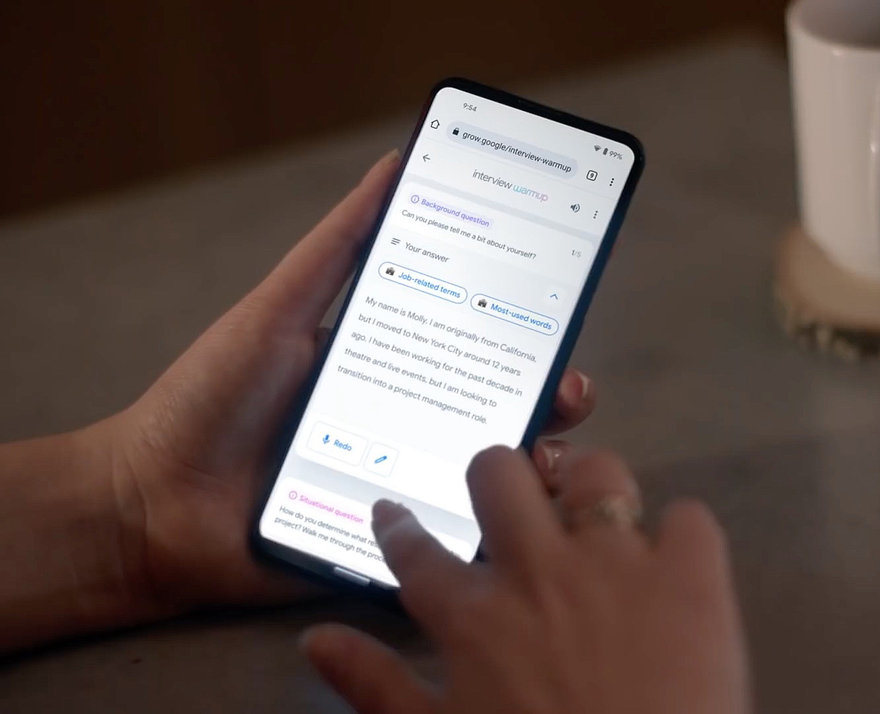 "Interview Warmup is a tool that makes it easier to practice for an interview, build confidence, and grow comfortable with the interview process. Your answers to each practice question are transcribed in real time so that you can review what you said. You'll also be shown insights (patterns detected by machine learning) like: job-related terms you use, the words you say most often, and the different talking points you cover. The tool has question sets for each Google Career Certificate field, but also has a set of general questions anyone can use." 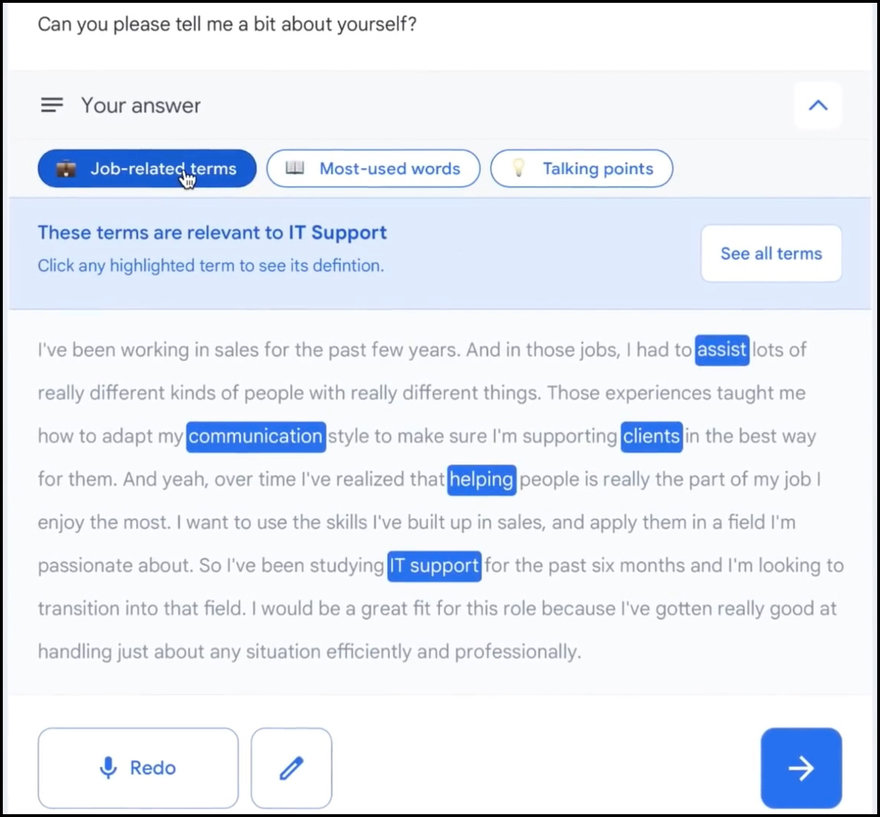 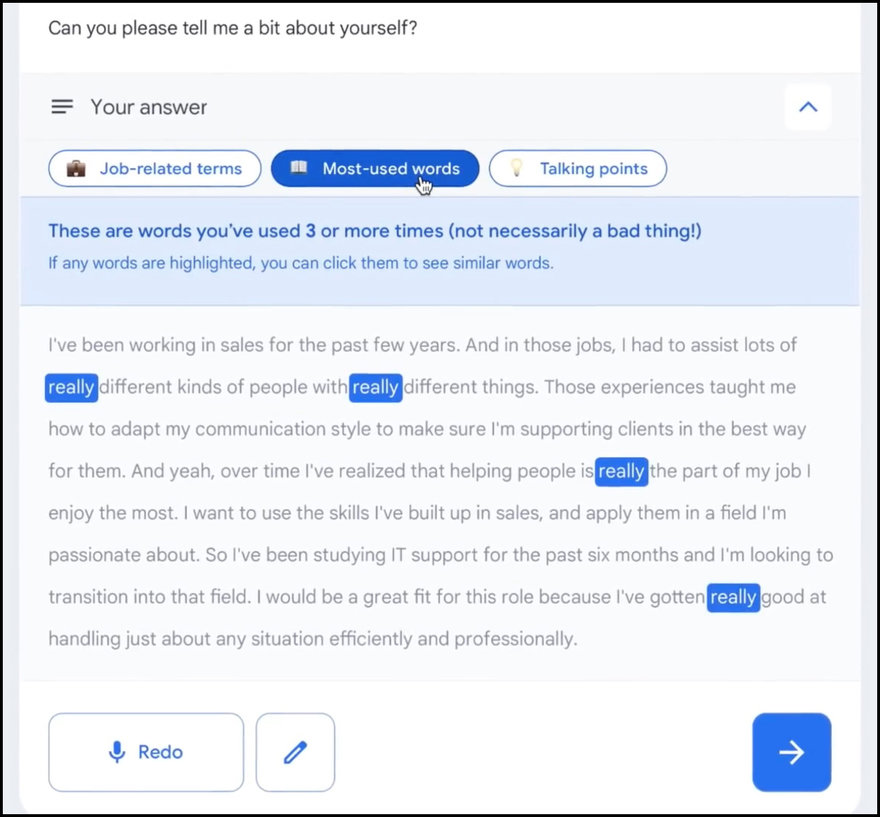 Le'mont, you'll note in the video, landed a job as Technology Manager for the NFL. For an initial investment of a few hundred dollars and six months of study, that's a fantastic outcome! 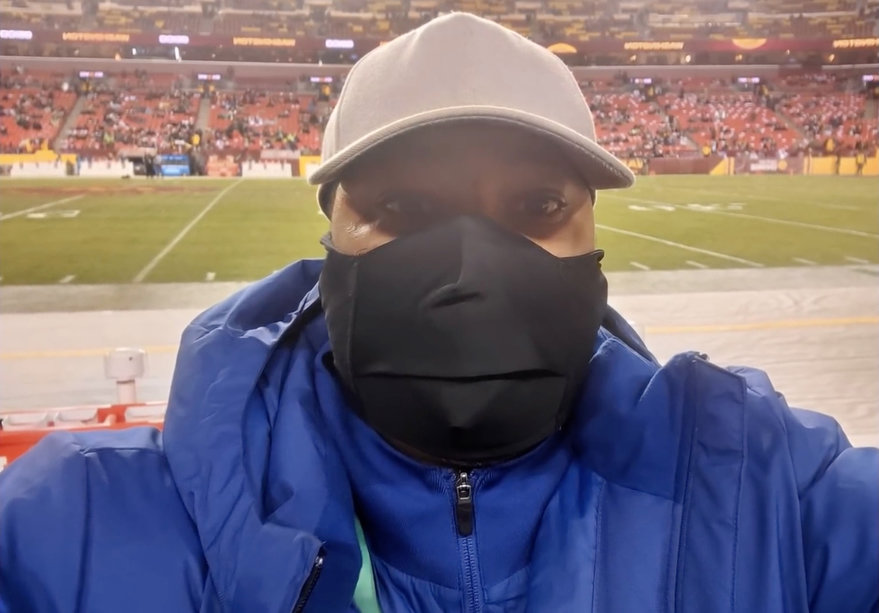 You can try Interview Warmup here. It's free.