Blast from the past: A crucial piece of Apple (and product design) history 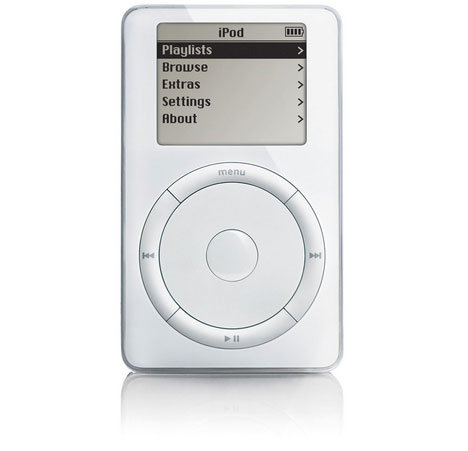 Sometimes Apple's design initiatives come from within; witness Jony Ive talking about the Unibody. But it's also interesting to see when ideas came from outside the company and were brought in for development and fine-tuning--for a good example of this we can look at Tony Fadell, Apple's recently retired director of the iPod division.

It's worthwhile to look at a Wired story (published more than four years ago) about Fadell and the original iPod, an object that arguably pushed the company into its current iteration. An excerpt:

"Tony's idea was to take an MP3 player, build a Napster music sale service to complement it, and build a company around it," [Former PortalPlayer senior manager Ben] Knauss said. "Tony had the business idea."

Apple hired Fadell in early 2001 and assigned him a team of about 30 people -- "a typical industrial design team," Knauss said, including designers, programmers and hardware engineers. He's currently the senior director of iPod & Special Projects Group at Apple.

Knauss said at one of the first meetings with PortalPlayer, Fadell said, "This is the project that's going to remold Apple and 10 years from now, it's going to be a music business, not a computer business."

"Tony had an idea for a business process and Apple is transforming itself on his whim and an idea he had a few years ago," Knauss added.

Blast from the past: A crucial piece of Apple (and product design) history