"When I started designing pleasure jewelry, I honestly did not know if anyone would ever wear it," designer Ti Chang admits. Years later, she is still in awe of the excitement fans have for the Vesper vibrator necklace she first designed for her company CRAVE in 2014. And she definitely couldn't have guessed years later that she could count Gwyneth Paltrow and even the Queen of Pop herself, Madonna, as avid fans (Madonna has even gone as far to say if she could only wear one item for the rest of her life, it'd be her Vesper). But it's not the celebrity nods that Chang would count as her greatest achievement in design—it's the ability to help all women start important conversations and advocate for their pleasure proudly.

In honor of Vesper's rise throughout the years, CRAVE released the Vesper 2 in a new rose gold and sleek black steel colorway, as well as a re-release of their classic gold. Launched this week in a campaign on Kickstarter, The Vesper 2 comes with a number of vibration speeds, including a unique wave pattern update. 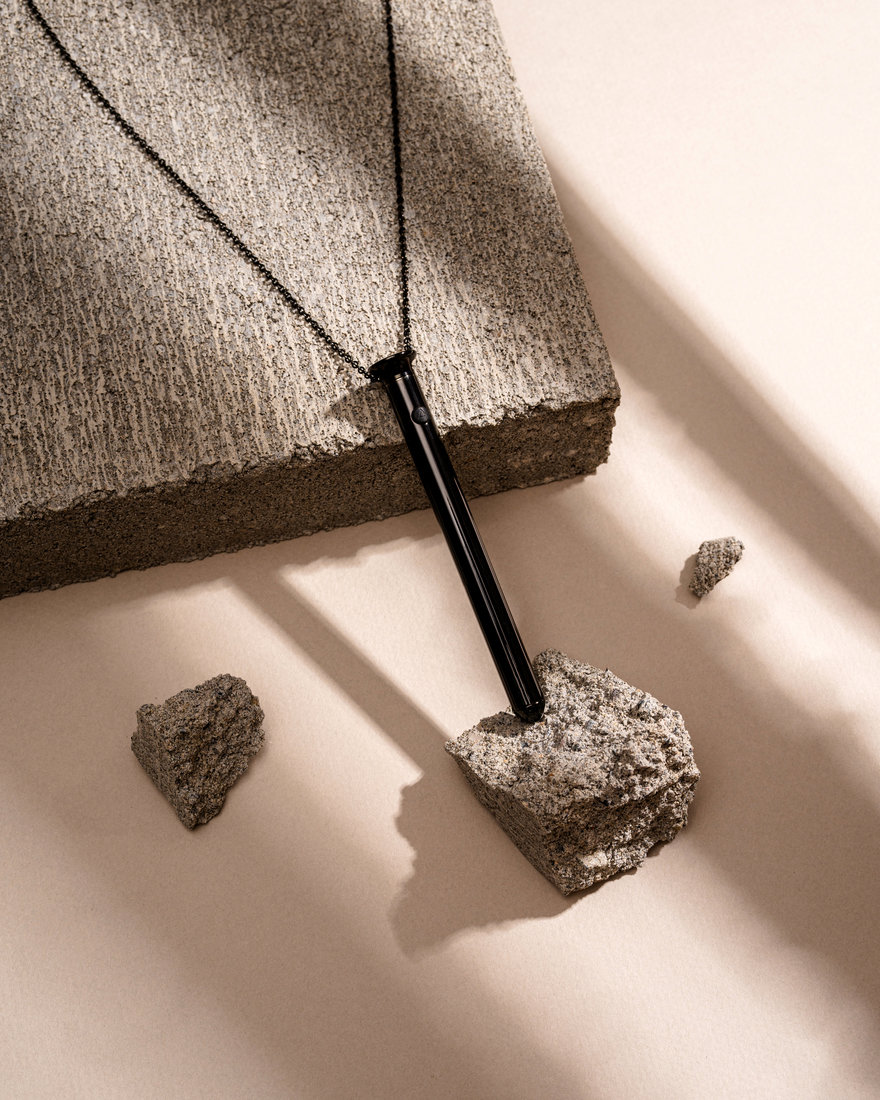 The Vesper stands as one of CRAVE's most beloved products, and Chang is extremely proud of the symbol it holds for women trying to have better conversations around sex—she notes that "the success of Vesper validates that the feeling I had of wanting a beautiful experience in products for pleasure was in fact, shared by a lot of other people, that they also want products that they are not ashamed of...that wearing a statement necklace or cuffs as a symbol of sexual empowerment makes them feel seen and empowered in a way other products do not." An avid activist-slash-designer, she also sees Vesper as a radical product because it addresses an overlooked challenge within design: women's pleasure.

In celebration of of CRAVE's latest release, we chatted with Chang about the importance of Vesper within the company's product family, and what it means to be an activist designer: 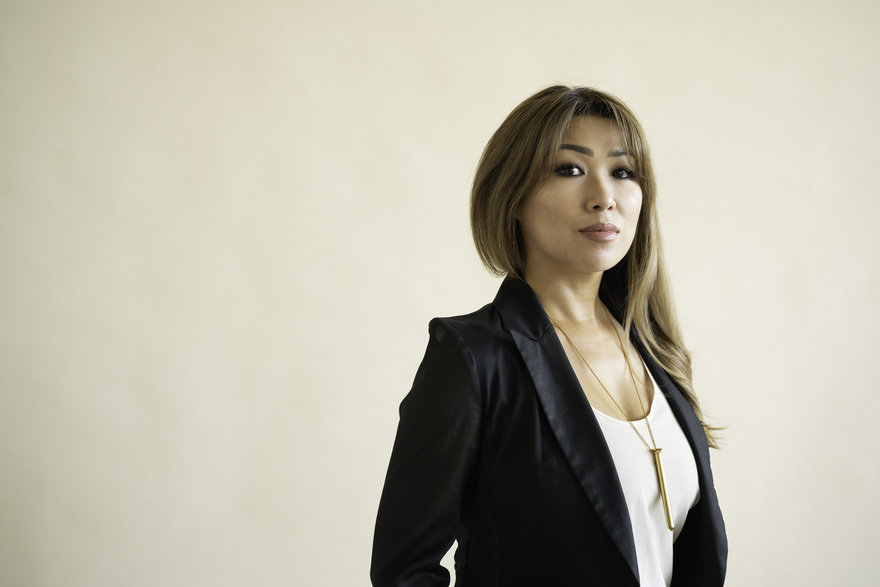 What does the Vesper in particular mean to you as a designer of pleasure products?

Vesper is proof that some experiences need to be felt with the heart because no amount of logic or customer surveys would have arrived at the idea of a vibrator necklace. I have always been a sensitive person and the feeling of shame and embarrassment surrounding products for pleasure and the lack of elevated products didn't help to lessen that stigma for me either. I was sensitive to the fact that the experience of jewelry was one that makes people feel beautiful and respected, and so I tapped into that moment to create pleasure jewelry beginning in 2008. Since Vesper's first release in 2014, I am grateful that it has been able to reach a wide audience while becoming an icon of sex positivity and self-love. 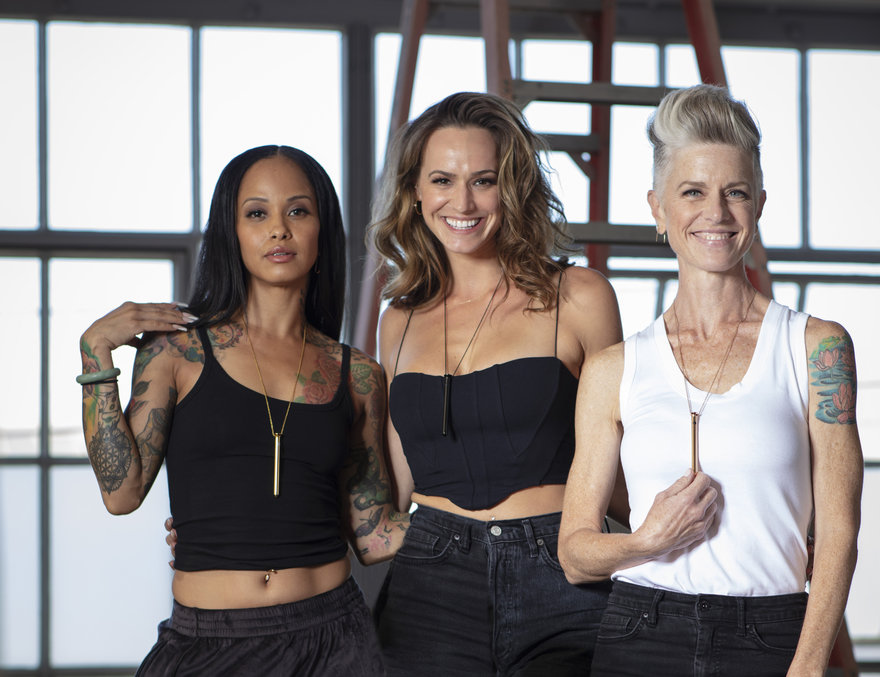 The Vesper 2 necklace in all 3 colors

In what ways do you feel CRAVE products like the Vesper elevated and then subverted the idea of the sex toy?

Certainly, I feel CRAVE products elevated the category we call "sex toys," but I don't think we subverted the idea of sex toys. I believe products for people's pleasure and people's expression of desire should not be labeled as merely a "toy" or "novelty" and it is actually a subversion to think that it is. The whole reason I started designing in this space is to elevate the category to what it deserves to be, adding sophisticated products that are meticulously designed & engineered and made with premium materials like stainless steel, silicone, and beautiful finishes. To think that people's pleasure deserves less is a subversion.

"Being an activist simply means that you act, you take action. That is the difference between creating change and simply hoping for change. "

You've mentioned the work you do is tied to the idea of activist design—how would you define what it means to be an activist industrial designer?

Being a modern activist doesn't have to mean only going to rallies. People often think physical protest is the measure of a good activist because that's what we see in the news and media, but it is not the only measure anymore. Activism actually can come in many forms, quiet or loud, and in many different ways for different people.

To me, an activist designer is someone who is using their design skillset towards a cause they care deeply about, and even better if they can be paid for this work so that they can live and continue to do it. An activist industrial designer is someone who is able to use their industrial design skillset towards a cause that they are passionate about hopefully in their 9 to 5 job. I use my design & entrepreneurial skillset to improve products for women and underrepresented people because my personal passion is to help people feel seen, honored, and unashamed.

I do what I can as a designer to challenge outdated social norms by creating a new category of pleasure products but I am also giving people tools to fight that cause. Pleasure jewelry is an outward expression of desire and a tool of activism. I'm giving people a tool to be able to open up and spark conversations with others if people want to use it that way. Certainly, people can enjoy it and use it in private, but conversations are incredibly powerful in changing stigmatized topics because shame thrives in silence, so having a tool like Vesper, a beautiful object, is a much easier on-ramp in opening up a meaningful and respectful conversation. Being an activist simply means that you act, you take action. That is the difference between creating change and simply hoping for change. 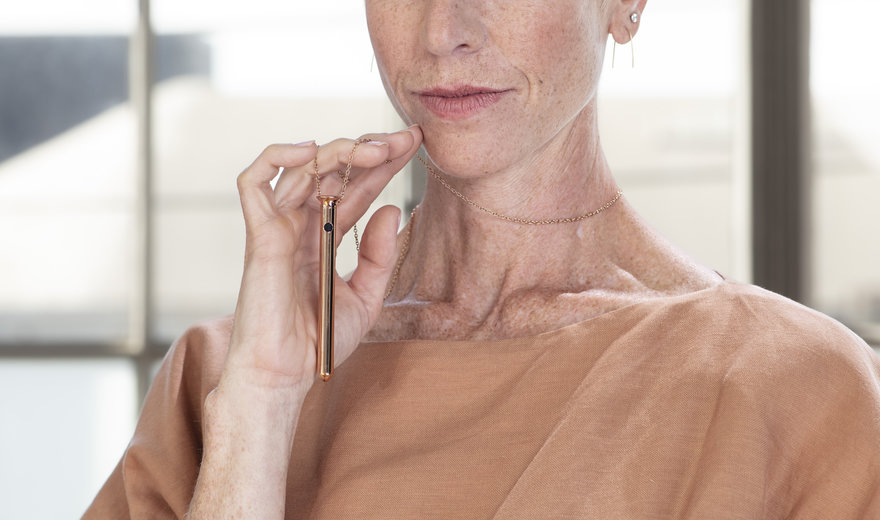 As we speak about the ideas of activism and women empowerment, I'm curious as to what would you say is a value/philosophy through-line for all the products you've already created and will continue to create?

Because of my background as a minority and a woman in a male-dominated industry, I know what it's like to not feel seen and respected. I strive to be of service to others in what I design for mass production and I hope to continue to make a difference in designing for people who are underrepresented and underserved.

The Vesper 2 is now available on Kickstarter until December 19th