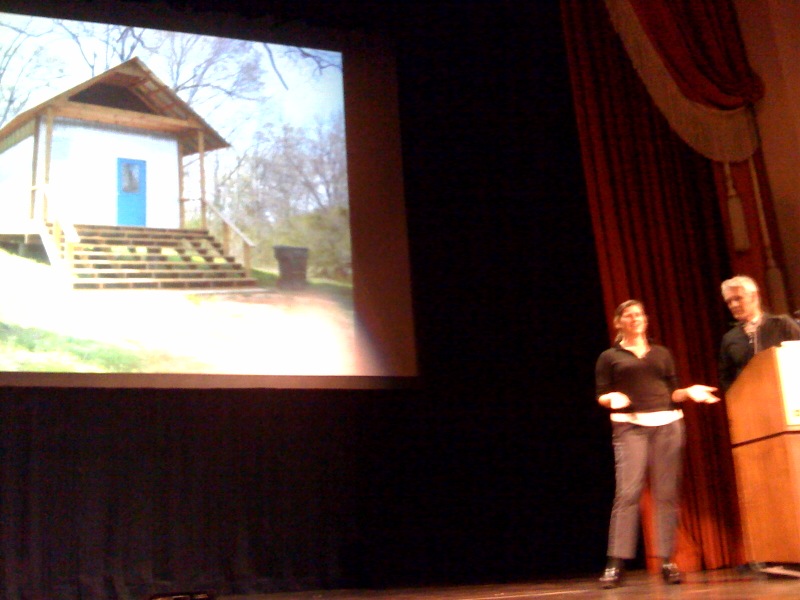 Back from lunch, moderator Joel Makower points out the elephant in the sustainability room: The fact that when we talk about sustainability, we're mostly just talking to ourselves. To address this, we'll hear from graphic designer John Bielenberg, who started Project M, a design-for-good project (which I wrote about for, of all places, GOOD) and Pam Dorr, a former lingerie designer from San Francisco, who founded the program HERO in Alabama.

They take the stage in the what looks to be the design-for-good uniform---matching black thermal shirts---and both describe epiphanies. For Bielenberg, it was realizing that the key to designing better was thinking wrong, that a linear path to a solution did not result in the best solution. One of the people he always thought did this best was Samuel Mockbee, the founder of the Rural Studio in Hale County, Alabama, where Auburn University architecture students build sustainable houses for low-income residents. Dorr was also inspired by Mockbee and the Rural Studio: She worked for big corporations but never felt like she was making the right impact. When she found out about the Rural Studio she moved there and founded the housing assistance non-profit HERO (if you want to learn more about that, watch this video, a real tearjerker).

After Bielenberg ran Project M programs for young designers that helped causes in Maine, Costa Rica, Baltimore, and a headed a unique mission delivering an ambulance-full of design supplies to displaced designers in New Orleans after Katrina. In 2007, he met Dorr and took Project M to Hale County to help HERO. 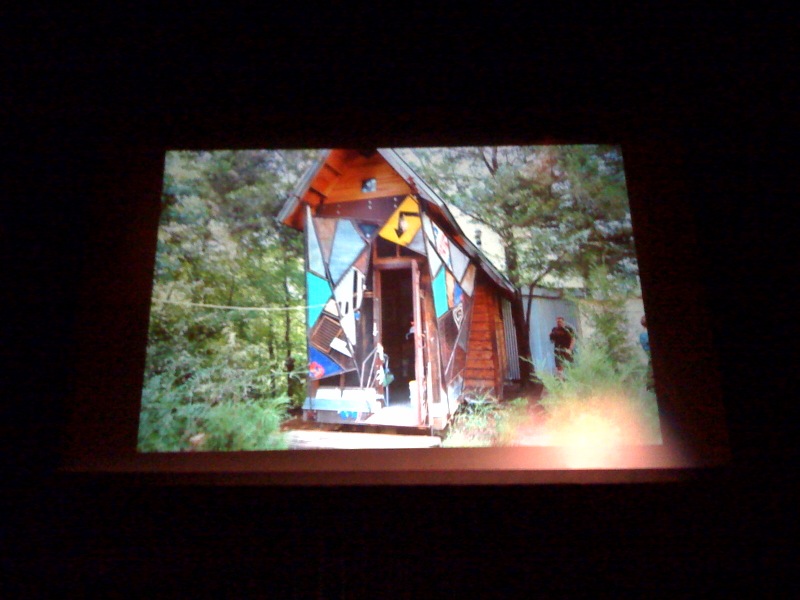 One of the first things Dorr did at HERO was launch a program to help bring the cost of home ownership down to a price the residents could afford. Some black residents didn't know that they were legally allowed to own land, and the ones needing financial assistance were entered into a program where they learned how to budget and maintain their property. And when the Project M designers came down there, they discovered another truth about the area: a quarter of residents don't have running water. So the program put together a campaign called Buy a Meter, and have raised over $30,000 to give residents access to clean water. They also sell shirts for $425 each, the cost of hooking one house up to the municipal water supply. Brian COLLINS, advisor for the project, gave them some sage advice: "Never underestimate the power of wealthy people to spend lots of money in an effort to displace their own guilt."

Based on the success of Project M, a building near HERO has been converted into a year-round design lab, M Lab, where designers can come down for 48 hours to practice thinking wrong and do quick projects for the community. Bielenberg also took the project to Iceland, where designers made installations and videos about the country's economic collapse. And Bielenberg founded MavLab, a kind of Project M for high-level designers and corporate leaders. Because why should kids have all the fun?