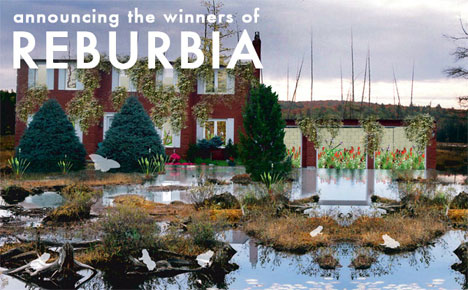 After a flurry of activity last week, the Reburbia winners have been announced! Our own Allan Chochinov was one of the judges, but we haven't heard a peep out of him until now. Still, we weren't so off target with our finalists preview post last week—though we didn't know it, we featured both the grand prize winner and the people's choice award.

Anyway, all talk of prescience aside, here's the breakdown:

Congrats to the winners for their thoughtful re-imagining of America's suburbs, to be featured in the December 2009/January 2010 issue of Dwell magazine. For now, you can read more about all the notable entries, finalists and winners here.