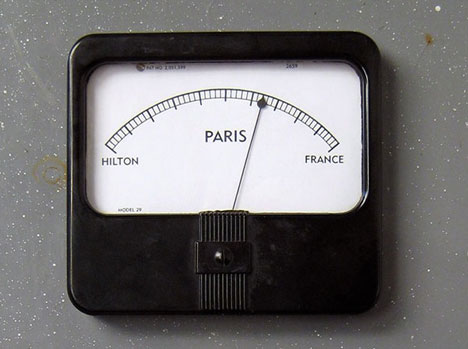 The piece is attached via a network cable to the internet where it monitors news and search results for "paris hilton" and "paris france" and displays an average result in real-time.

Then there's his card catalog, a physical embodiment of his iPod's contents: 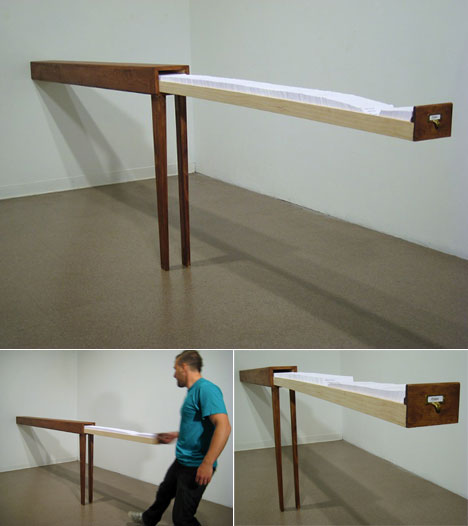 A card catalog designed to hold all of the songs on my iPod, 7,390 songs. Each song is cataloged on a single card. The cards are organized in reverse chronological order, that is the songs I listened to most recently are in the front of the catalog, and the songs I havenâ€™t listened to in two years exist at the back. The piece is seven feet long when closed and just under fourteen feet when opened. 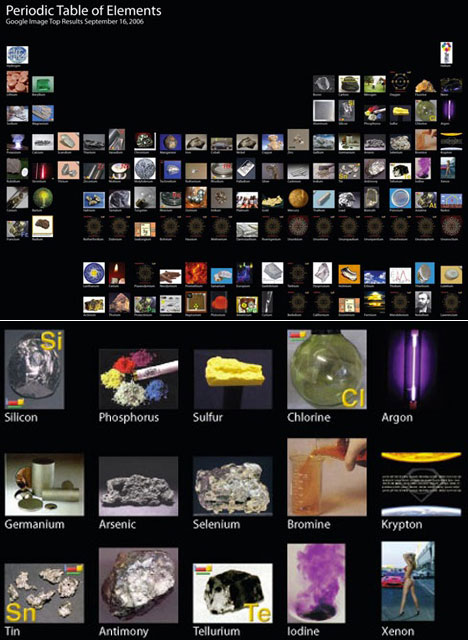 I created a periodic table of elements by taking the first image returned by google when the name of an element was searched for. This piece creates a snapshot of what our culture associates with these particular words. For example, Platinum is associated with a hair color most often, Krypton with Superman, and Lithium with its pill form.