NYC subway signs, made to order

Frankly speaking, selling white Helvetica letters on a black background with a white stripe across the top doesn't sound like enough raw material to start a successful business, but Brooklyn-based Underground Signs seems to be proving that it is. Under a licensing agreement with New York City's Metropolitan Transit Authority, the company sells replicas of NYC subway station signs, along with custom printings--sort of a grown-up version of getting a little license plate for your bicycle with your name stamped in it. 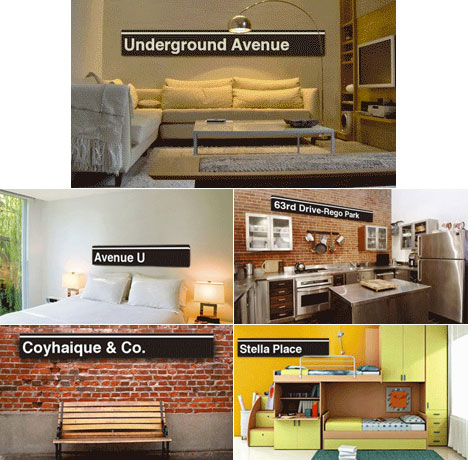 "The white Helvetica on the black -- it's a cold, straight, formal expression that is supposed to be clear and understandable by everyone," Mr. MacDermid [Underground Signs co-founder] said. "When people take that and make it their own, it gives me a good feeling."

The company shrewdly offers a "Preview Your Sign" feature right on their homepage; type something in the little box and it renders it out in sign form, which produces an odd feeling of satisfaction if you see these signs every day; you feel like you're now in charge of the New York subway. Or at least the signage.

NYC subway signs, made to order