Our wild and completely unconfirmed Apple Tablet prediction: The thing's gonna have "Backtouch" 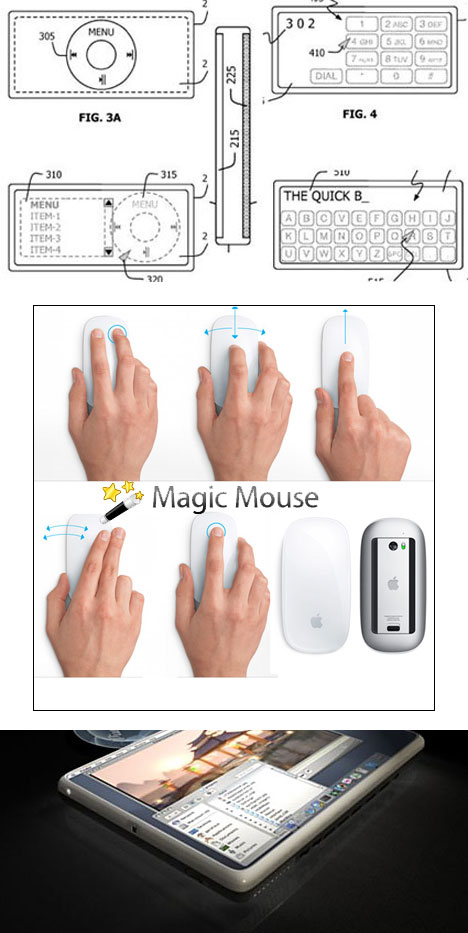 I've got a prediction for the Apple Tablet's interface that I haven't seen anywhere; it's based on nothing but my own intuition combined with some things I've pieced together, and I'm fully prepared to announce this prediction and wind up on a "Things they got wrong" list in two weeks.

Here's what it is: I think you'll be able to interact with the tablet not only by touching the screen, but by touching the underside. That is to say, for applications where your finger would block the screen, I think sensors on the back of the Apple Tablet will read your finger position and indicate its position via an unobstrusive yet easily-discernible cursor on the screen.

This is based on four things:

1. Apple has a patent for exactly such a technology (which we reported on way back in May of '07).

2. Reports that a "recently departed Apple employee" told The New York Times' Nick Bilton that "You will be very surprised how you interact with the new tablet."

3. The existence of the Magic Mouse. The top of the mouse is not a screen, yet it has sensors that read what your fingers are doing, like swiping. So in addition to the patent mentioned in #1, Apple's already got a product that can read finger gestures on a plastic surface. Grab the Magic Mouse and flip it over. 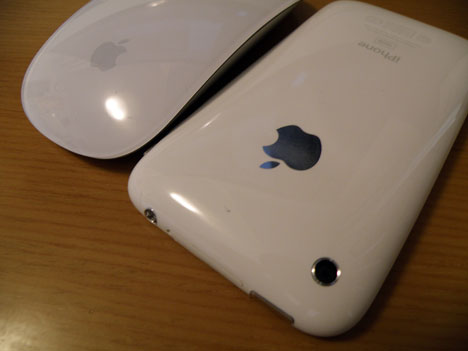 Reasons why I could be wrong:

1. I've got zero track record with this kind of thing.

2. This tech would only make sense if you were holding the device up, as opposed to looking at it flat on a desk; though the latter is not exactly an ergonomic way to use the device, people will probably still do it, which is why I think Apple will enable both touchscreen and "touchback"/"backtouch" or whatever they'll end up calling the new tech.

3. Another ergonomic issue: Depending on how big the tablet is, when held in landscape it might be awkward to reach the center-back of the screen.

Anyways, I guess we'll find out in a couple of weeks. In the meantime, feel free to pile on to why I might be wrong, or right, in the comments.

Our wild and completely unconfirmed Apple Tablet prediction: The thing's gonna have "Backtouch"