The iPad: They're onto something...we're just not sure what 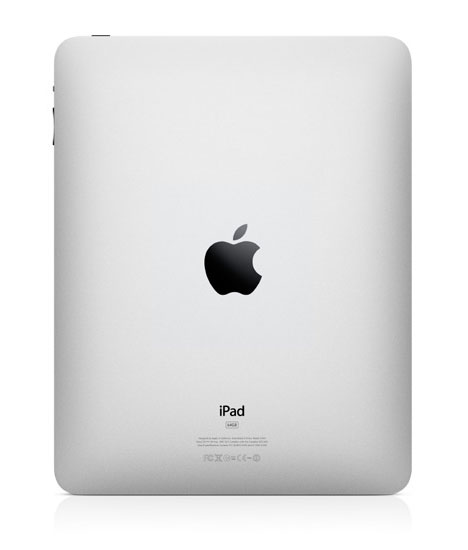 Yesterday I had trouble seeing the iPad clearly, because when I looked directly at it I was blinded by the haze of media hype, excitement, disappointment, adulation and hatred that the blogosphere laid over it. This morning I've spent the past few hours trying to see the device for what it really is and asking myself, "How will people end up actually using this thing?"

The short answer is: I'm not sure. When the iPhone first came out, I picked one up right away for the bling of the visual voicemail and the convenience of reducing the amount of devices I carry by one, ditching my iPod and putting music on the phone. I never foresaw the importance of the App Store, and things like the convenience of having books with me (via the Kindle app) wherever I go, which greatly increased my reading; whenever I was stuck on a line somewhere I'd pop the iPhone on, and I read in bed with it just about every night, given that Amazon has a world of books available instantly. I also never foresaw the awful misery of having call after call dropped by AT&T's network, which would also occasionally deliver voicemails to me hours after they were recorded, with no indication that I was missing out on anything.

The iPad is clearly different than the iPhone in that it's one more thing I'd have to carry, not one less; Apple's party line is that the trade-off is worth it because it is a superior, and more intimate, way of interacting with the internet and things like photos than a laptop or smartphone. The demonstrations to back this up definitely looked cool, and as a person interested in working with my hands I love that Multitouch harkens back to an era when we manually manipulated things rather than aiming a mouse cursor; but until I get my hands on an iPad to try it, my internal jury will sit in the jury room silently eating sandwiches and waiting for instructions from the judge.

The lack of multitasking capability seems it would prevent the iPad from being the main machine--it's like a patrol car that can only round up one suspect at a time, whereas my laptop is Central Booking, with a multitude of handcuffed hookers, perps and cops running this way and that.

The unitasking nature of the iPad again harkens to an earlier era, one when we would focus on only one thing at a time. Given that the way we work has changed, probably irreversibly for me, I think the iPad could only serve as a recreational device for me. But it might be very useful for, say, a computer-illiterate parent for whom unitasking would be a boon. Hitting that un-computered market segment is surely a worthwhile goal. 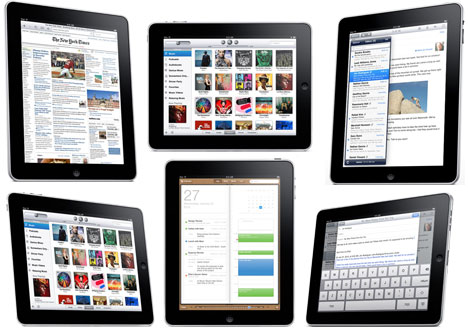 As for myself, one thing I'd be curious to try is having, say, six iPads arrayed around my desk: One for photos, one for e-mail, Tweetdeck, word processing, web browsing, and the calendar, at a minimum. The increased screen real estate would surely improve my productivity and efficiency, as my extra 20" monitor has when pared to my laptop; but even if I had the three grand to pull this off, if this Brady Bunch cannot all talk to each other, I'm dead in the water. Perhaps future versions will allow you to gang them up?

As per my initial experience with the iPhone, I suspect that the real utility of the iPad will not become obvious to me until after I buy one and spend some time with it. Presumably an App developer will think of something super-useful, or Apple will expand the device's capabilities through software, or this early shot at Multitouch for the masses will spawn tons of imitators and lead to pervasive and permanent industry-wide change.

Come springtime yes, I will be buying one, partly out of experimentation and curiousity and mostly to use as an e-book reader. The Kindle is $489, and the iPad model I'd buy is $499. But I'm guessing a lot of undiscovered potential lies in that $10 gap.

The iPad: They're onto something...we're just not sure what