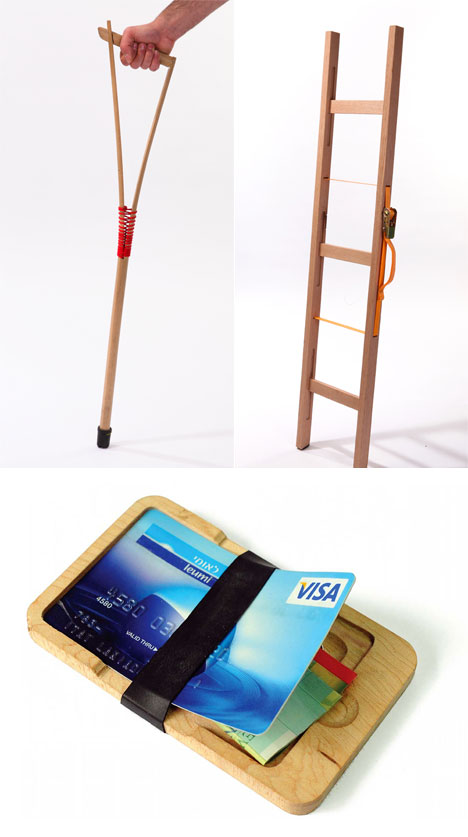 Itay Laniado, whose Family Photos project we blogged last year, has created a new series that utilizes tension, comprising of three projects: a walking stick, a ladder and a wallet.

The walking stick is made from a broom handle that's split partway down the middle and held in tension by an orange cord and a wooden strut. Simple enough, but also weird and ingenious.

His wallet is equally direct: a routed block of hardwood provides a cavity for change and bills; a credit card is rubber banded over it to close it up. 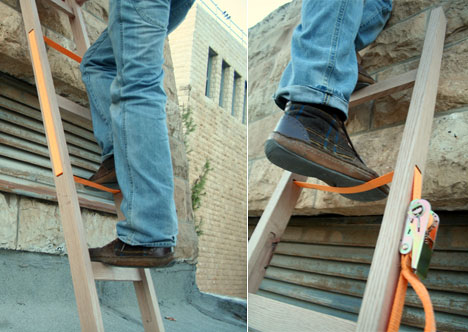 Finally, the collapsible ladder—the series' centerpiece—is held together by a ratcheting strap clamp, which also forms two of the rungs. The ladder packs down compactly, with the legs tucking into the routed grooves that held them up.

It looks a little scary, but Laniado seems confident enough.

Much more after the jump. 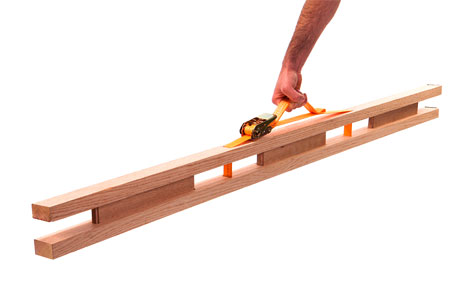 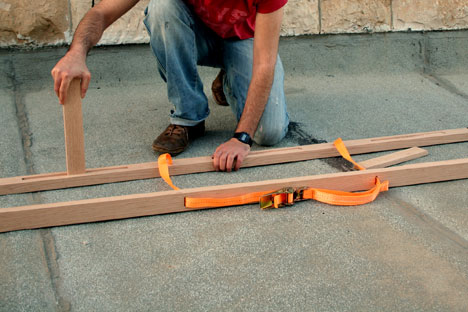 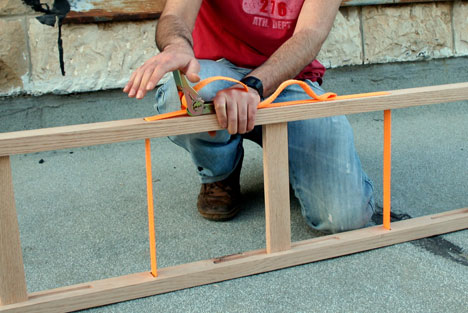 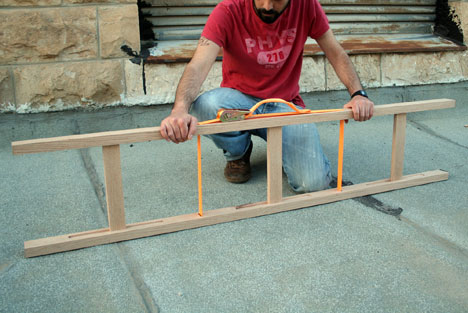 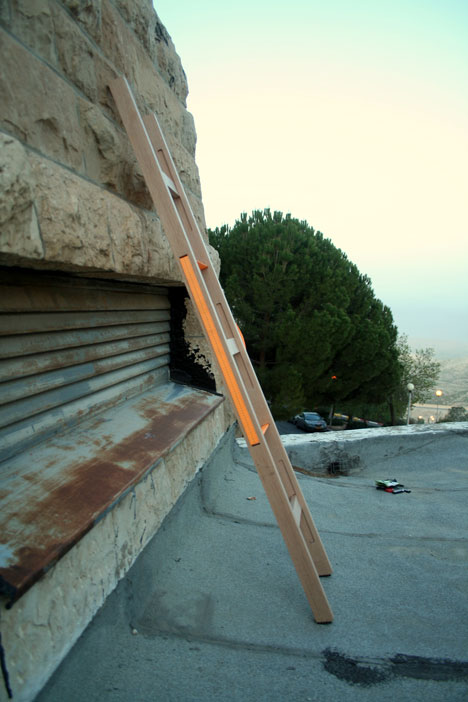 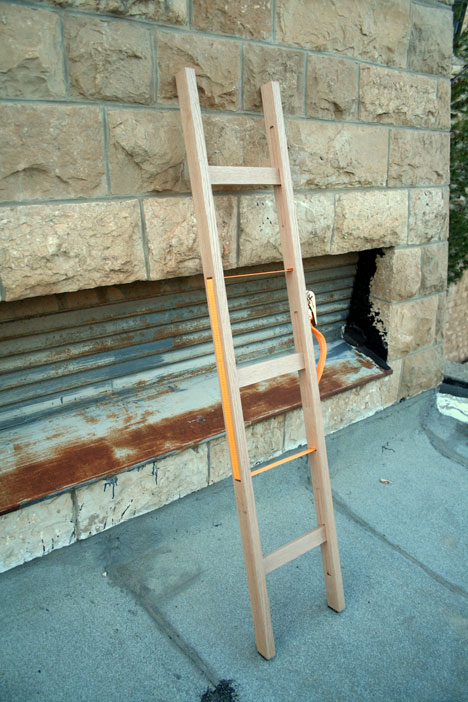 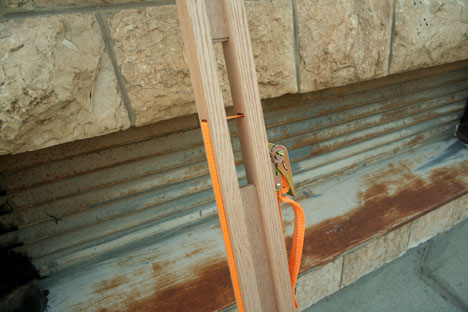 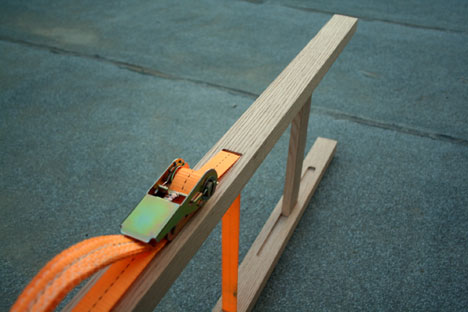 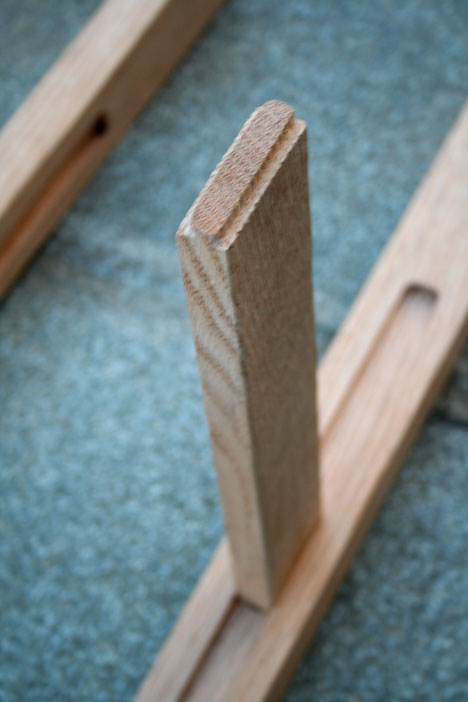 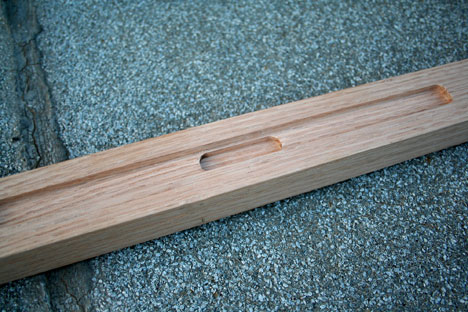 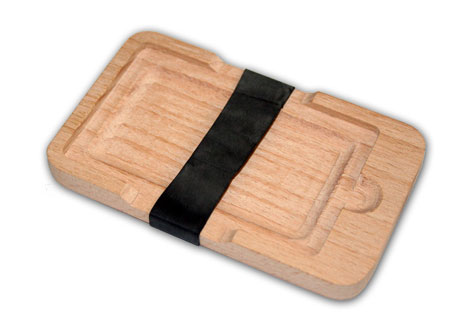 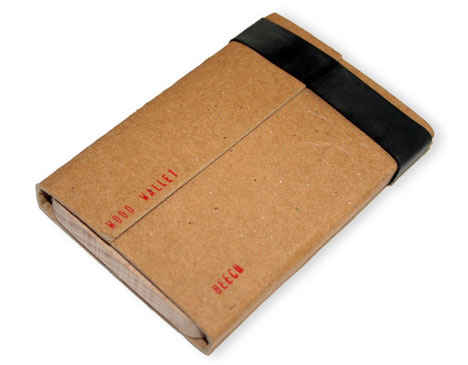