The Big Rethink: The design perspective

Professor Eddie Obeng, Director of Learning at the Pentacle The Virtual Business School and the man behind the monetisation of MSN, the innovation burst at Cadbury and the turn-around of Rolls Royce motor cars introduces some principles of design-led innovation. He's also our incredibly enthusiastic host/facilitator jumping around the stage spilling words and images at 100 miles an hour.

23% number of projects that set out and actually achieve what they intended 7.1million results in Google for 'Innovation change consultants' 1 in 100,000 ideas that you have in your organisation that actually get to be realised 366,000 Number of books on Amazon about Innovation

He shares a number of diagrams with us to help us understand the change from an old world where we where able to understand and react to the pace of change to one where that ability is diminishing and as a consequence so is our inclination to take risks. 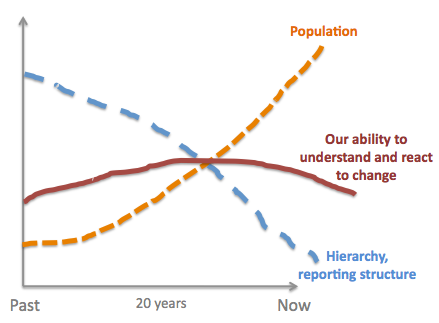 Eddie paints us picture of the traditional ideas funnel, the more you put in, eventually the more you get out but challenges this assumption. He prefers to focus on developing an understanding of where ideas die - at the point of creation, due to lack of focus, because people don't collaborate and finally at the point of production. These are the places we need to be devoting our efforts.

And the biggest threat to innovation today? People are terrified of failure.

In the old world failure was considered to be a bad thing and as a result people shied away from risks. In the new world we have to understand failure is divided into dumb and smart failure. Smart failure is the failure we embrace and learn from. 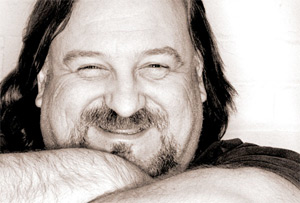 Next up Richard Seymour, Director of Seymour Powell.

Richard reasserts the importance of watching and makes the case for the specialist designer. He is a firm believer in the fact that people can tell you want they have liked and what they do like but not what they will like. A good designer is an empath. They take in their surroundings, process and reprocess it.

Design is not linear like a production process it is chaotic and needs people who can function in this chaos and extract insights. He uses the example of the cordless kettle that he developed following an incident he observed where his mother threw a kettle lead into a gravy boat by accident.

It is essential that we understand that design affects behaviour and that understanding behaviour is key to design. We need anthropology. Designers now, more than ever, need to also be anthropologists, we need to watch what people do. The future is in emergent behaviour. Watching is the key to understanding new behaviours that we can design around and for. Richard describes this process as beginning at the end. Finding out what the emergent behaviour opportunities are and work your way back to creating the product

Finally he reasserts that not everyone is equally creative. Ideas are a dime a dozen great products are not. If you want great design to be part of your business seek out the best people, the best empaths and the best watchers.

David Kester, Chief Executive at the Design Council, and Bonnie Dean, Senior Advisor at Quantum Property Partnership, both discussed case studies (respectively, hospital equipment designed to reduce hospital acquired infections, theft-proof mobile phones) that have been generated through Design Council programmes, in the context of 'how to create the safe space' for innovation to happen. However I would question the usefulness of these lessons for the audience: they spent less time explaining the creation of that space, which I really wanted to hear, and much more on the products that resulted, admirable as they are.â€¨ 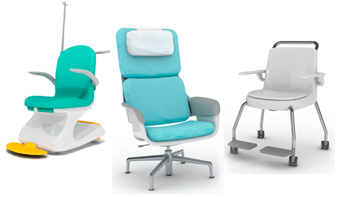 With Design Bugs Out, the Design Council, with backing from the Department for Health, issued a competition to industry on the basis of a series of briefs for products. And the briefs were the result of sending designers and ethnographers into hospitals to watch and work with staff and patients - to find out through observation where the sticking points occurred. This approach is 'at the heart of design thinking', according to David - 'the design bit starts much earlier' (oh good I was worried he was going to be vague). The design and manufacture teams were given some initial funding to deliver the prototypes but had to invest much more themselves, but with a strong likelihood that these prototypes would be taken up - and critically they were allowed to retain the IP for their designs. The programme did fast-track the time to market of these ideas. But David admitted that there was a long way to go in terms of changing the organisational mindset of the NHS, which is a separate and massive challenge.

A similar process was applied to designing new ways of making mobile phones less tempting to thieves, or less of a security risk in terms of loss of personal information once stolen. In this case the turnaround was even faster, six months from idea to prototype, and there has been plenty of interest from industry.â€¨â€¨ So the resulting ideas, and the technology transfer that has gone on, are impressive. But as part of an 'innovation masterclass' for the assembled audience (designers, senior business managers, a very few civil servants) I'm not sure what the relevant moral of the story is.

[This post was written in collaboration with Jocelyn Bailey.]

The Big Rethink: The design perspective