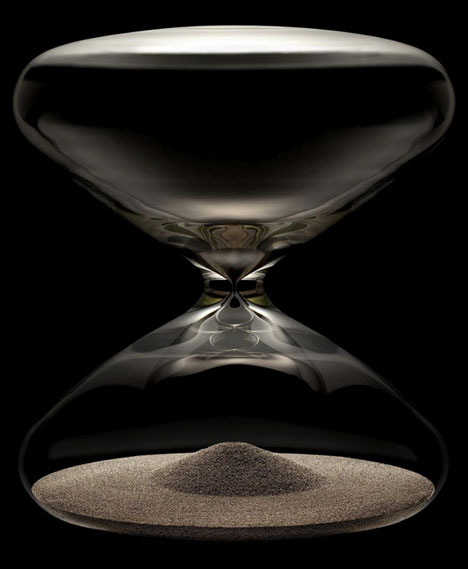 Unveiled today: Marc Newson takes a temporal step backwards, interrupting his line of Ikepod watches with a sleek-looking hourglass--probably the only hourglass that ever had its own teaser video (below), which was released last month. And check it out, that's not regular sand inside them--they're carbon nanoballs.

The Hourglass makes its formal debut tomorrow at the Baselworld 2010 watch and jewelry show, though it's just been posted on the Ikepod site.