With Electric Pop concept, Kia continues to distinguish itself via design 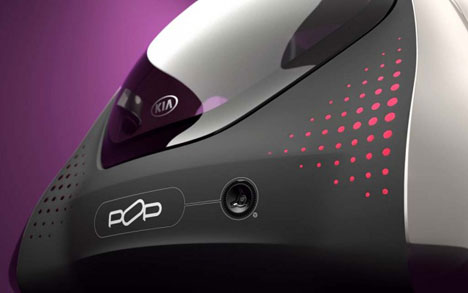 It's a promising sign that plucky upstart Kia is trying, in a crowded market, to distinguish itself through design. Its Electric Pop concept looks like it's just an ambitious rendering, but apparently the automaker will be pulling the wraps off of a physical version of the car in less than two months at the Paris Motor Show. 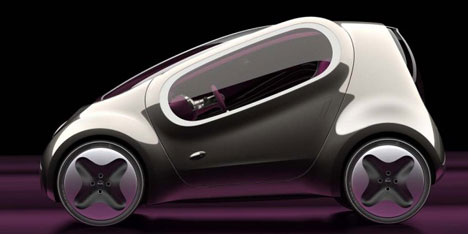 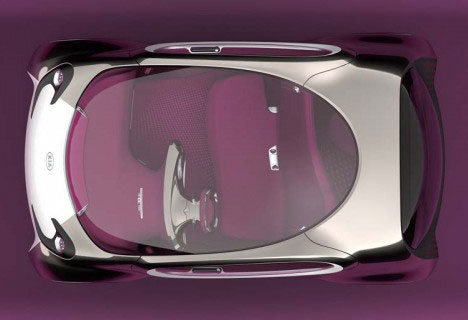 Its goal, says Kia, is to bring "innovative design chic and dramatic styling to the city car segment," although the company hasn't released any significant details on the Pop's electric drivetrain. One unusual design feature: side windows that bulge out from the doors.

...The front bench seat holds a driver and one passenger, with space for a third rider in a single central seat behind that. The Pop's single-piece windshield and panoramic glass roof shows an interior of purple and chrome.

As for whether a car this striking-looking will ever actually see production, I could see it happening; after all Kia's Soul (below) doesn't look like anything else on the road. 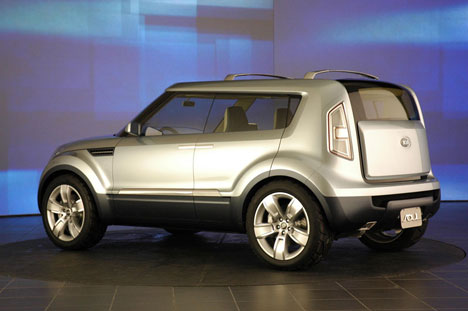 via all cars electric

With Electric Pop concept, Kia continues to distinguish itself via design