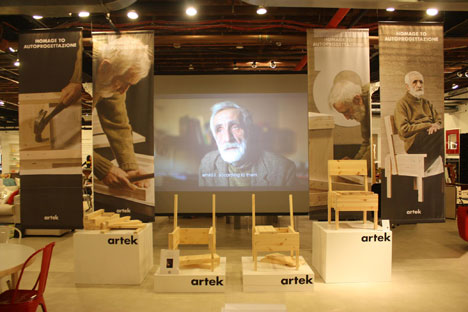 "Cheap, high quality, long lasting." These are the words that Enzo Mari bluntly lists as main goals for his Autoprogettazione project. That, in addition to, "If someone tried to build something, they would learn something" are the simple maxims that summarize the seemingly simple results of this far-sighted project, originally conceived in 1974 and now being revived through production of Mari's Sedia 1 chair by Artek.

In celebration of their 75th anniversary, Artek has partnered with Mari to 'produce' the Sedia 1 chair, meaning they are selling a kit that includes a stack of wood (pre-cut pine boards), nails, and blueprints for the chair. Along with the project, Artek released a lovely little documentary, "Enzo Mari for Artek: Homage to Autoprogettazione," which debuted at the Triennale in Milan in April, and was shown at an event at the Conran Shop in NYC last Wednesday. The film allows Mari himself to tell the story of the project. Alternately smoking a cigar and getting down to business building a Sedia 1 himself, the 78-y.o. working designer recounts why he started the project, and why he is thrilled (in that low-key straight-faced Mari way) that Artek chose to produce the Sedia 1 now. In 1974, with Autoprogettazione, loosely translated as 'self-design,' 'self-made,' or 'self-projects,' Mari sought to give people quality furniture, designed by a designer, but made by the consumer's own hand with just a hammer, nails and off-the-shelf lumber. He created blueprints for 19 designs: nine tables, three chairs, a bench, a bookshelf, a wardrobe, and four beds. And then he offered to send the plans to anyone who sent him a self-addressed and stamped envelope. 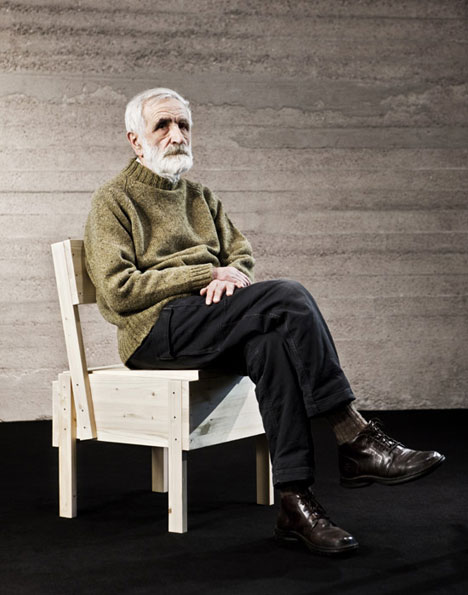 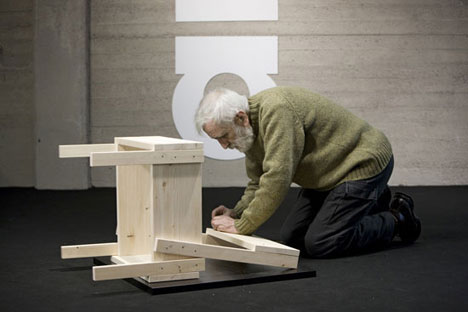 In Artek's film, Mari tells of feeling his designs were misunderstood, so he started the Autoprogettazione project as a way to connect with users of his designs. He says he was "almost called a fascist" by his colleagues, by "forcing people to do more work." The project addresses issues that are still amazingly relevant today: democratic design; DIY; open-source movements; mass production and consumption; and quality of goods, to merely name a few.

And for a company whose motto is to "interconnect modern visual arts and rational furniture production with popular education," the Artek involvement seems fitting. As Mari says, "I accepted Artek's offer because they believe, like me, that design is only design if it communicates knowledge." 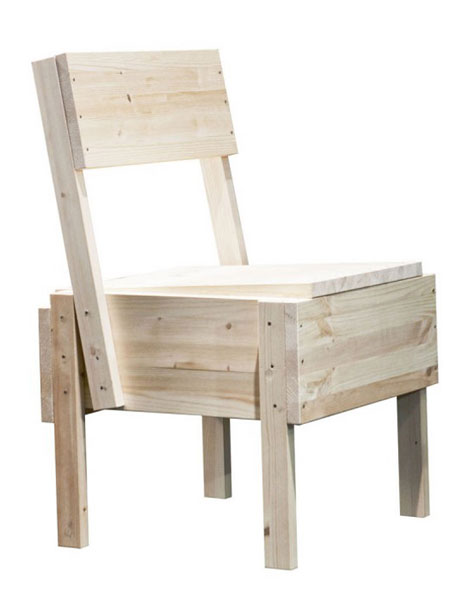 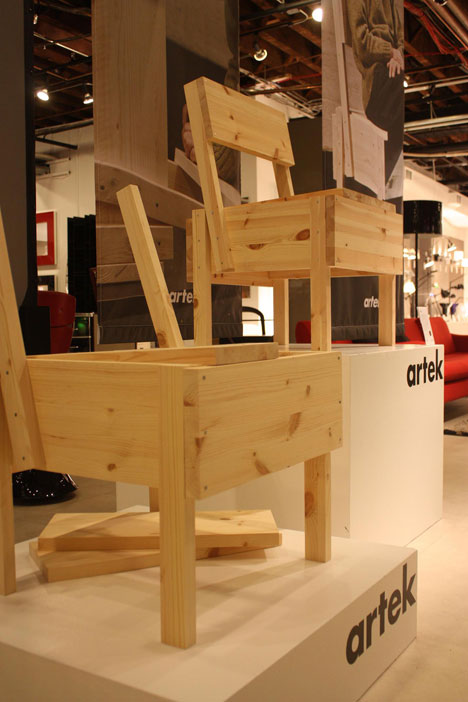 The chair itself is low to the ground, and yes, doesn't exactly look comfortable, but like Mari, it carries a resolute and quiet pride. The Conran Shop is selling the kit for $310. And Artek's website hints that there may be more piles o' wood to buy and turn into a collaborative effort between you and Enzo Mari: "Sedia 1 - Chair is the first object from the famous and thought-provoking project "Autoprogettazione" (1974) to go into production with Artek."

A reprint of the Autoprogettazione catalog is still available at Unicahome.