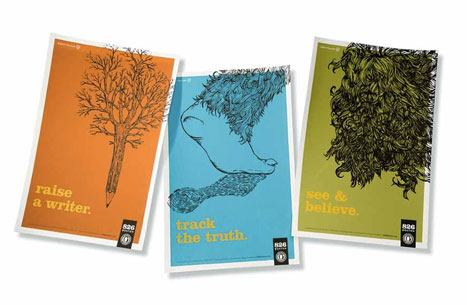 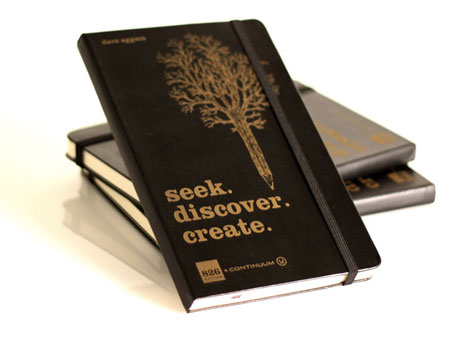 As much as we'd like to, it can be tough for designers to do work for the causes we care about. There is always a lack of time and money available to put toward working on projects "that matter" and have to be done pro-bono. One unique grant program, Sappi Fine Paper's Ideas that Matter, is in its 11th year of helping make this problem a little easier, having given over $10 million to designers and their favorite causes thus far. Today Sappi announced the 27 recipients for its 2010 Ideas that Matter grants, a terrific and unique funding program that simultaneously supports both great design work and meaningful nonprofit causes. Each year, designers get to submit proposals for funding of their ultimate pie-in-the-sky charitable project. This year, Casey Caplowe of GOOD, Jessica Helfand of Winterhouse, Doug Powell of Schwartz Powell, Matt Rollins of Iconologic, and Armin Vit of UnderConsideration made up the panel of judges determining the winners, selected based on creativity, potential impact and implementation plan.

We don't have much on the 2010 winning proposals yet, but a few highlights that show the wide range of projects include: Bryant Ross and Continuum's proposal for a book of original student writing with 826 Boston (a prior collaboration is shown above), Natalie Destandau and Tomorrow Partners' "Do-it-Yourself Tool Builder for Global Women's Health Education" for the Business for Social Responsibility, and Esther Chak and Imaginary Office with "Relief, Restoration, & Reform: A Print and Digital Toolkit" for the Ocean Conservancy, Gulf of Mexico Regional Office.

The recipients will complete their projects by March 31, 2011, and in the meantime, Sappi will update their site as projects progress. Past winners' work can be seen on the site, and the 2011 call for entries for the next round will be announced in the spring.