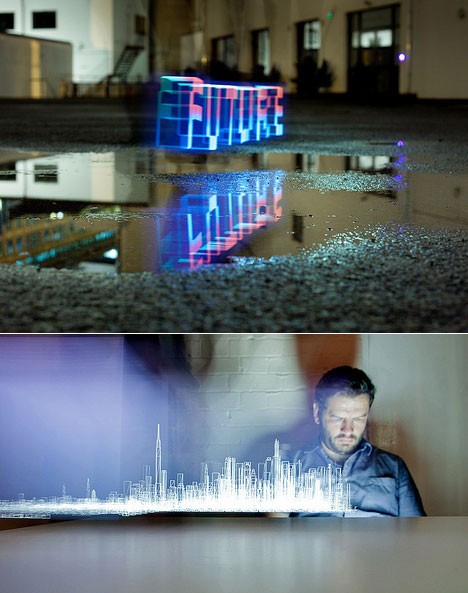 These amazing images were made using an iPad, long-exposure photography and some clever programming. A collaboration between UK-based design consultancy Berg and Dentsu London yielded a brilliant way to "extrude" light into visual forms: 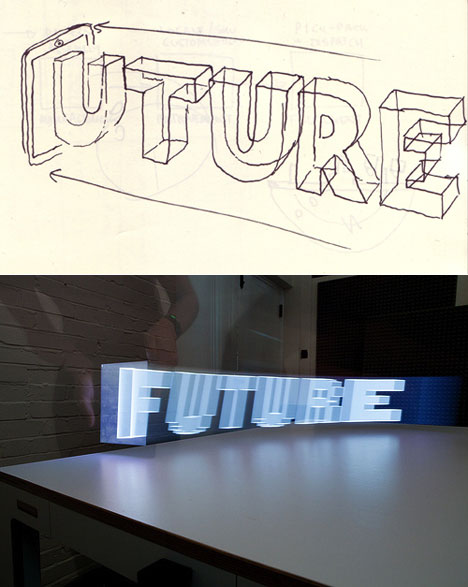 First we create software models of three-dimensional typography, objects and animations. We render cross sections of these models, like a virtual CAT scan, making a series of outlines of slices of each form. We play these back on the surface of the iPad as movies, and drag the iPad through the air to extrude shapes captured in long exposure photographs. Each 3D form is itself a single frame of a 3D animation, so each long exposure still is only a single image in a composite stop frame animation.

Still don't get it? Hit the jump for a demonstrative video.