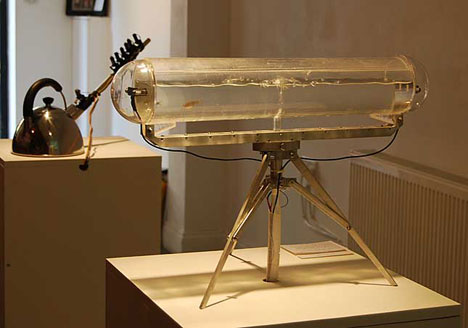 Yuri Suzuki's multitude of experiments with sound fill the KK Outlet on Hoxton Square. 'Sound Chaser' deconstructs vinyl records to form 'tracks' for stylus trains to run along, tiny fish swim across sensors to trigger sounds that get more complex as they dart across each other (Jellyfish Theremin), and a five-stylus record player brings a new dimension to mixing music .

Suzuki has collaborated with Spanish designer, Oscar Diaz, to build prototypes for a new collection of music making tools (demonstrated in the videos above). The pair developed a book of barcodes to produce descriptive sounds without words, a train that reads colour as musical notes and a pair of pens that record and playback audio. The space also holds his legendary record cutting machine which he used during 'Amateur Music' workshop with Jerzy Seymour to cut music into brightly coloured vinyl splodges. 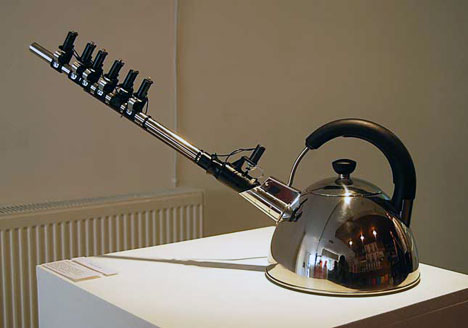 The show has run its course, but not to worry—all the works are comprehensively documented on Yuri's website www.yurisuzuki.com and in the KKoutlet online catalogue. 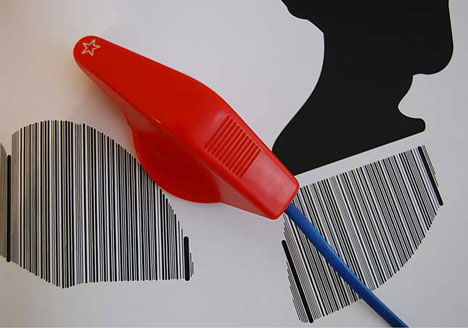 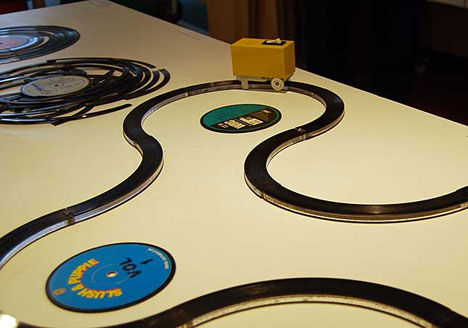