Today's sensationalist headline: The future of our planet depends on chickens! 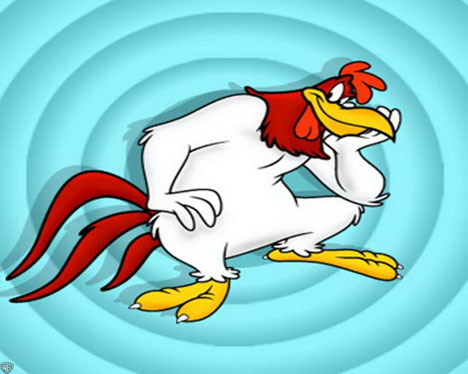 Chickens have lent their name to a funky dance and a contest of nerves in which James Dean drives his car directly at you, and next they may contribute to saving our planet, as seen in two recent posts at Inhabitat.

The first points out that "eggshell membranes can absorb almost seven times their weight in C02, making them an ideal sponge for absorbing harmful greenhouse gases." I know it sounds crazy, but:

Thinking of how many eggs are consumed around the world - India, for example accounts for about 1.6 million metric tons (or 2,305 pounds) of eggs annually all by themselves - if everyone was to leave their shells out after usage, they have the potential to absorb a considerable amount of Co2.

A research team at the University of Calcutta is working on a way to extract the membranes from the shells, which could then presumably be used to create filters of some sort.

The second post looks at the usage of chicken manure as a source of biogas, plans for which are now underway in the Netherlands and the U.K. The plan is for local farmers to collect and contribute chicken poo (among other animal waste) to nearby powerplants that will use "anaerobic digesters" to convert the stuff into biogas, which will in turn generate electricity.

A question I've got about this latter one is, How the heck do you collect chicken manure? The convenient patty shape of cow manure seems it would lend itself to harvesting, but chicken waste seems challenging. I hope they're not cooping them up in a Matrix-like structure where all they do is eat and poop.

Today's sensationalist headline: The future of our planet depends on chickens!