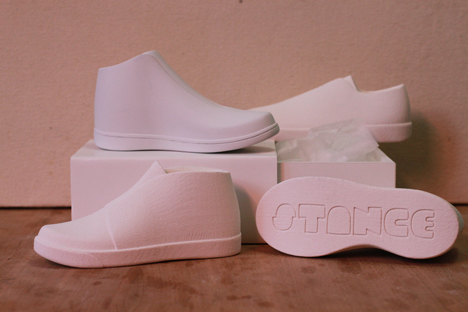 For those of you with both creative feet and creative fingers, here's a new toy to tickle your fancy. A fascinating mashup of two worlds, Stance is a project by Delroy Dennisur that brings together the DIY designer toy community with the sneaker culture. 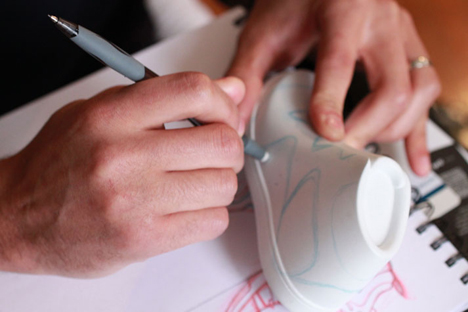 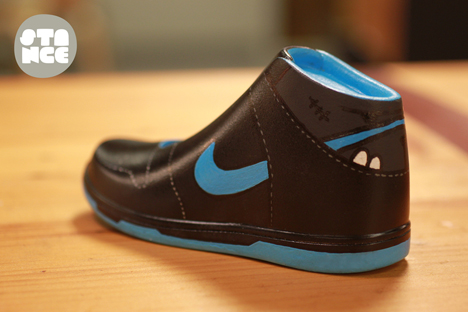 "There's an incredible passion within the sneaker culture," says Delroy, an industrial designer who spent a lot of his childhood in Florida doodling shoes in the margins of his notebooks. "You start your life wanting to be that cool kid with the kicks," he mused, and now he's channeled that spirit into creativity that straddles into the world's fascination with customizable toys. The production piece will be vinyl plastic, the same material as the Dunny, so you can either leave it as a blank collector's item, or use pencil, pens, markers, and paint. He's starting off with the iconic basketball shoe, but hopes to further the concept and branch out to other shoes and ideas.

Part of what makes DIY toys like Stance so compelling is their ambiguity and ability to strike a perfect balance of abstraction and recognition, allowing people to extrapolate with their own imaginations. It seems reminiscent of a 3D version of the oh-so-seductive napkin sketch -- a basic concept and framework is there, but beyond that, anyone can envision anything they want from it and infuse it with their own individuality.

For the next two weeks, you can help Delroy launch the project on Kickstarter.