Rail Travel: The Blog of an Old Woman, the High-speed Trains of Asia

Recently I discovered a blog written by an American woman in her 80s or 90s; she chronicles her life in the 1920s, '30s, '40s and '50s and it's fascinating. One thing that surprised me was how peripatetic Americans were in the 1940s; this country was apparently crisscrossed by a comprehensive rail network (now mostly dismantled, sadly) and Americans rode the hell out of it.

The future of rail will clearly be in China, which has an enormous landmass to cover, and they've already got the world's fastest train in the Harmony Express: It makes the 1,069 kilometer Wuhan to Guangzhou run, which normally takes 11 hours, in just three hours.

Nearby Japan, which has been running bullet trains since 1964, is having an exciting train day tomorrow: Saturday will see the first trip taken by the Hayabusa (peregrine falcon), their next-generation bullet train. 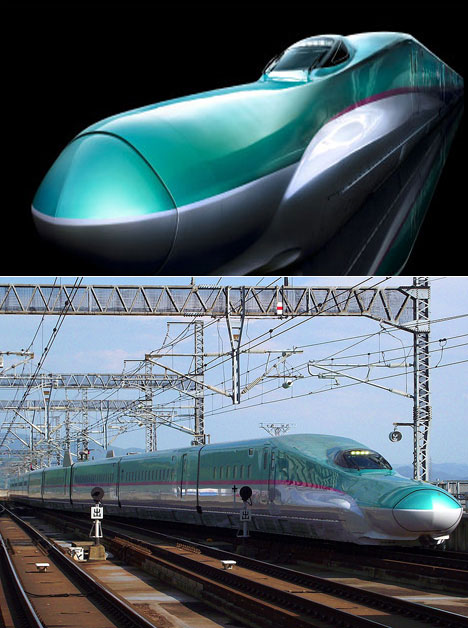 That's a far cry from what Dee, the aforementioned lady blogger, probably paid for her train rides:

When I was growing up the best way to get around was by trains. The interstate Highway system had not yet evolved and you could go everywhere on the trains for a small cost....

Rail Travel: The Blog of an Old Woman, the High-speed Trains of Asia