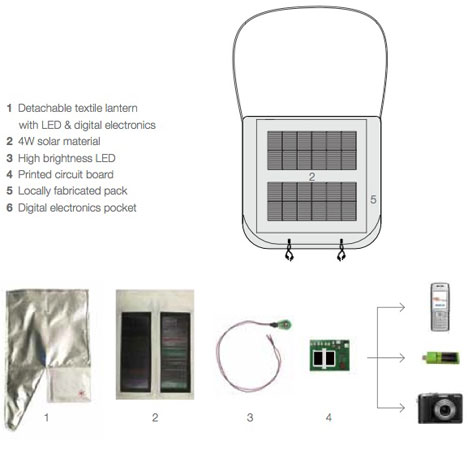 The phrase "The lights are on, but no one's home" wouldn't make much sense to the two billion people who live on this planet without electricity. For them, once night falls everyone's home and there's no light to be had. 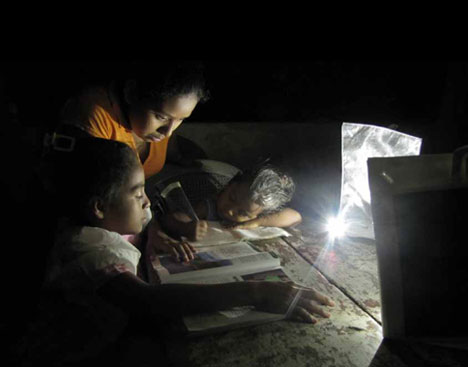 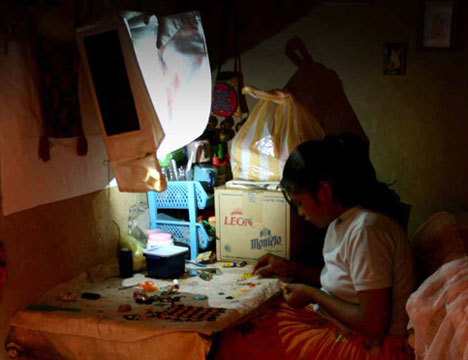 The Portable Light Project aims to rectify this problem, and their solution was good enough to be named a semi-finalist in the 2011 Buckminster Fuller Challenge Awards. Since its inception in 2005 the nonprofit PLP has been bringing light, Prometheus-style, to rural communities in Mexico, Nicaragua, Haiti, Brazil, South Africa and Kenya with a DIY solar-powered kit. Artisans can weave or sew the kit to indigenous clothing or products using methods already familiar to them.

The portable light project aims to bring electricity, and light, to as many people as it can in as appropriate a way as possible. Its core product is a flexible, durable, very lightweight, thin-film photovoltaic ("PV") cell that can be woven onto textile goods such as bags or clothing. The PV cell stores solar energy in a battery pack that can power a lightweight LED or cell phones or USB devices such as radios or medical devices. Because of the low power requirements of these devices, 5 hours of charging during the day, even in cloudy conditions, can provide up to 14 hours of light (and maybe half or a third that if the light and one or two other devices are used simultaneously)....

The technology itself is not only inspiringly creative; it's highly practical and enabling. Rather than just being a lantern or a radio, it is a way for people and communities in sometimes very remote places (or refugees and migrants on the move) to gain access to light and electric power without using polluting and expensive kerosene lanterns or generators, thereby radically enhancing their lives.

The technology itself embodies comprehensive, integrative design. It is appropriate to the conditions where it is used - rather than being heavy and fragile like traditional glass PV cells, it is extraordinarily light, just 12 oz for an entire kit, rugged and capable of functioning under harsh conditions, and affordable-one kit costs less than US$20. The LED-based light is also impressive. The project team has designed something for the people who use it rather than attempting to bring in western-style lanterns and hoping for adoption. They have made sure the design is adaptable to the needs "on the ground."