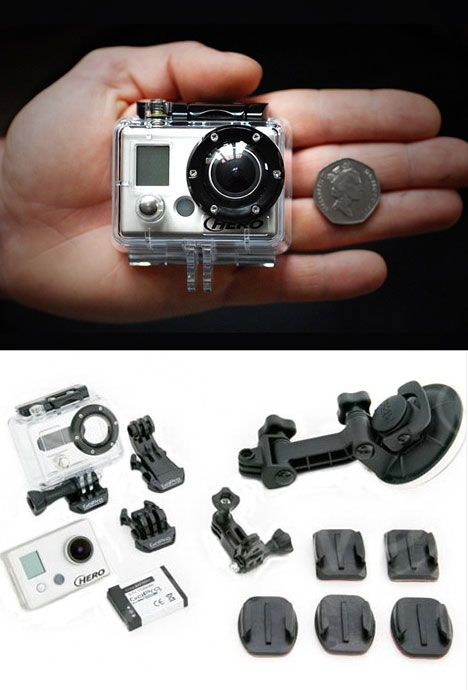 Following the invention of photography, it must've been staggering to see printed images of places you'd never been to. Similarly, when motion pictures were invented, people paid to watch footage of steam locomotives—a few seconds of silent action, no narrative story—just for the thrill.

Now, years later we're seeing another image-capturing revolution, this one based on the physical design of the actual camera. I'm talking about the wearable camera as pioneered by GoPro. Simply by engineering the camera to be small and rugged, then designing a bunch of little plastic gewgaws to connect it to a helmet, a tether, your wrist, your chest or even a surfboard, they enable us to capture and share physical experiences in an unprecedented way. For conveying a raw feeling of holy shit, nothing beats the POV or near-POV footage enabled by a GoPro.

Wanna see what I mean? Queue up this video and fast-forward past the filler to 1:30:

A more comprehensive amount of holy shit moments spread across a wider variety of activities is in GoPro's 2010 highlight reel. The whole video's worth a watch but you must, must see the footage that starts at 5:00—it's so real it simply doesn't look real:

Oddly enough, my favorite head-cam footage is this, where they strap a GoPro to a duck-hunting dog. Action starts at 0:20.