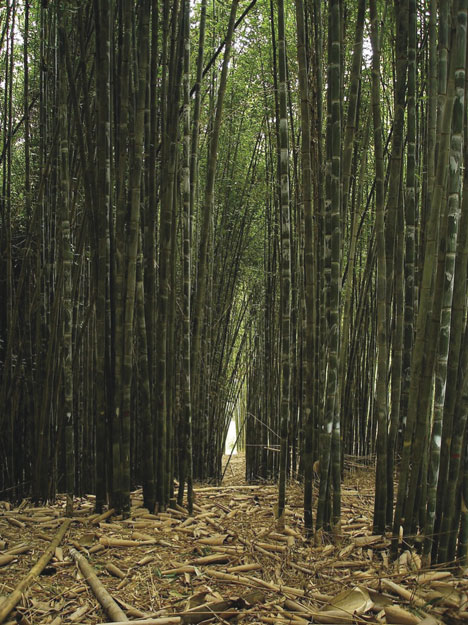 Bamboo bicycles are not new; according to this article, a trade fair in London had one on display in 1894. And while a bicycle made entirely from bamboo might be impossible to make, ID student Diego Cardenas is using the fast-growing stuff to cut down on the metal content by replacing the tubular sections with it. The joints are still made from steel and parts of the frame are reinforced with carbon fiber, but by the looks of it the frame uses about half the metal of an ordinary bike. 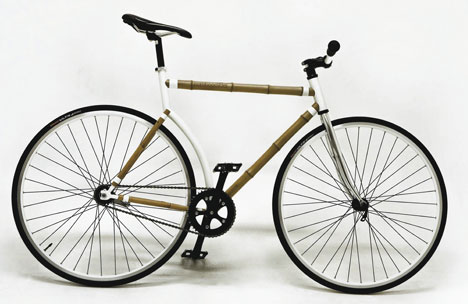 Following a bamboo workshop he attended in Europe, Cardenas started up Bamboo Cycles upon returning to his native Mexico, along with partner Luis Cuellar. Together the pair manufacture the bikes and export them to the United States and Western Europe in addition to selling in Mexico.

Bamboo is obviously lighter than metal, but the catch is that it doesn't quite grow into perfect tubular forms ready for machining, so each bike has to be handmade. The least expensive model will run US buyers $895.

One person Cardenas will hopefully not sell his bicycles to is Gilligan. Remember how The Professor used to make those cool bamboo cars and Gilligan would just wreck them? I was always surprised the other six castaways never made a homicide pact. 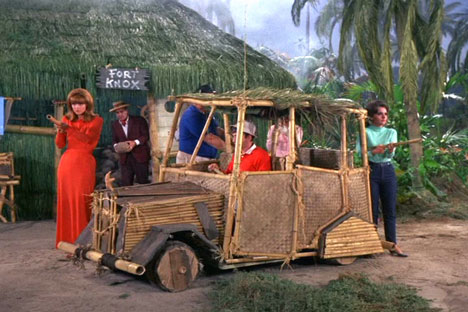