With the Salone less than two weeks away, we're pleased to present a preview of Milan's own Studio Fabio Novembre, a pair of new designs for Casamania. 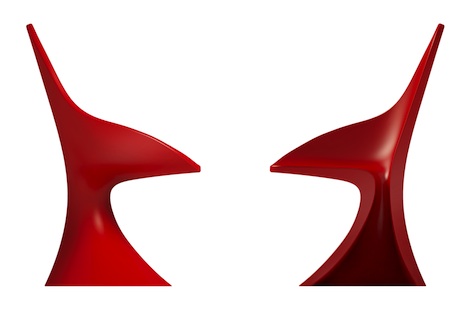 First up, we have "Strip," a rather voluptuous molded chair. The curious organic form suggests everything from a "bloomed flower" to (in the words of the designer) a "woman skirt slit that opens to new visions." Alternately, it's like a magnified, simplified cross-section... but of what? 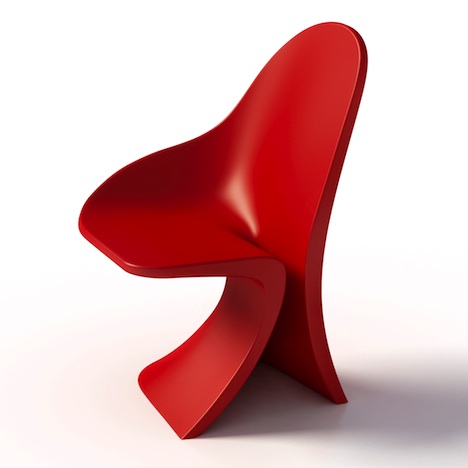 The studio will also be exhibiting the "Robox," an anthropomorphic array of boxes that comprise a playful take on a bookshelf. The varied shapes and sizes suggest modularity, though they are of course fixed in order to form the freestanding unit. 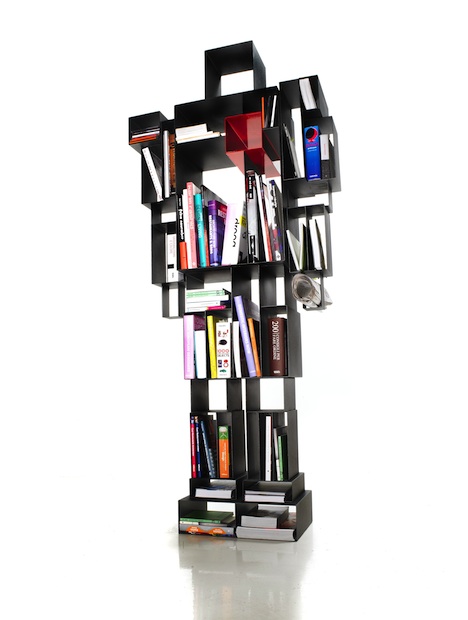 The designer explains: Maybe one day someone would say that "Robox" represents my cubist period or that the edge solution has been the trick to find out the "right way" after the hyperboles and parabola of my work. From Mazinga to the Transformers the boys of my generation had always have a robot on their side and I was searching for a new function able to justify still its presence next to my desk. The simple change of a consonant reveals the inclusive attitude of this new domestic hero: a device with a heart, an hard-disk pre-digital where store our memories. 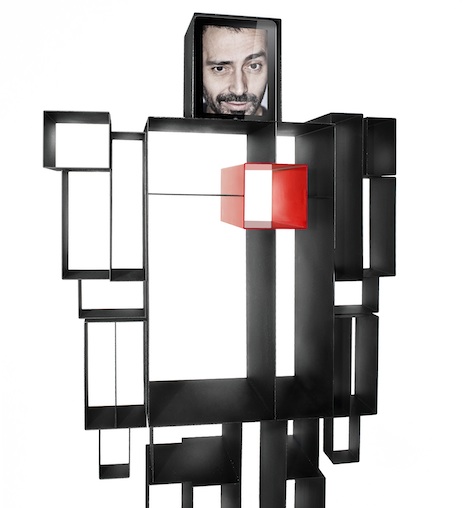 LASVIT is a neologism obtained through the combination of the two words LASKA+ SVIT (love+light), and my attempt was to combine the two things together.

Involving Mathieu Lehanneur and Oki Sato (Nendo), two designers that I really admire, is a way of exploring the borders of the material through the different sensibilities that we all have.

What I want to achieve is new forms of life, three large scale cocoons suspended in the space, pulsating light.