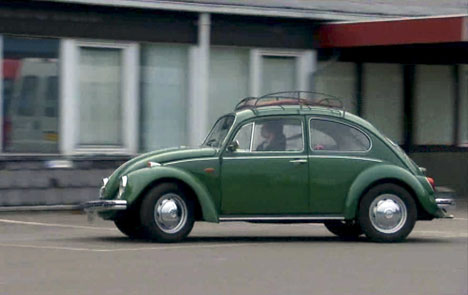 There's a scene in the excellent Danish crime series Forbrydelsen in which Sarah Lund, the beleaguered homicide detective, is forced to take her elderly mother's car. It's a '50s-era VW Bug. From a production-design standpoint, the choice of the car is meant to show how far the discredited protagonist has fallen from her department-issued Saab, but I was stunned at how good the VW looked, even driving through Copenhagen where it seems no car is older than five years.

I'm not the only one who's noticed the old model still looks good, of course. On Monday, Volkswagen pulled the wraps off of their updated "21st Century Beetle," and as PSFK's Dave Pinter reports, the designers went back into the car's heritage by parking a 1950s Bug in the studio for inspiration.

The new model reflects this, dialing back the bubble-like cutesiness of the Beetle we've been seeing for the past decade and hewing back to the flatter shape of the '50s version. 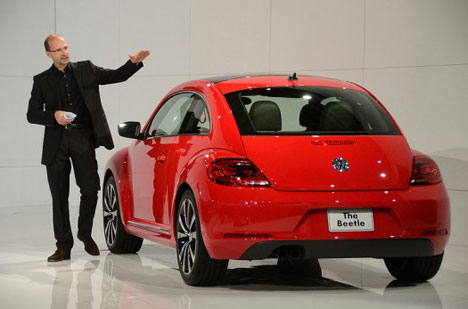 The 2012 Beetle gets a heritage derived passenger compartment that is more harmonious with the exterior. With the new windshield angled back further, the dashboard doesn't extend far forward like the second generation. This immediately makes the interior look more familiar and less like a spaceship. Wrapping the doors and dash are color matched panels relating to the exterior. This again has a 50s inspired look especially with the silver trim.