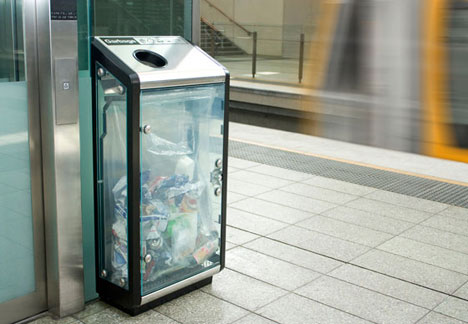 Post 9/11, terrorism changed the flying experience immediately, prompting the introduction of a host of new rules and regulations (some of dubious efficacy). Product design has been much slower to react. It's been nearly ten years since the WTC tragedy, and today there are still some subway platforms here in New York where I can't find a garbage can to throw rubbish into, as they've been removed from certain locations for fear of bomb packages being inserted into them. 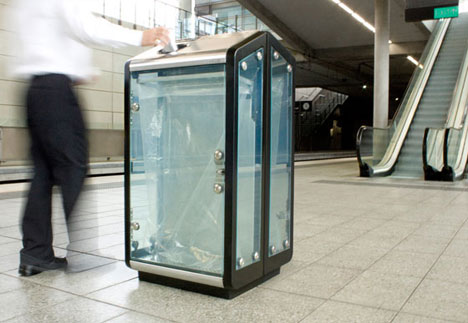 An Australian company called HUB Street Equipment has designed a trash receptacle, the 20/20 Bin, out of an unspecified clear material—we're guessing Lexan—for installation in busy places. Viewing half-eaten sandwiches and the like while waiting for your train may not be pleasant, but at least it's a step, however belated, towards designing trash receptacles that aren't as bomb-friendly as the current steel cylinders are. 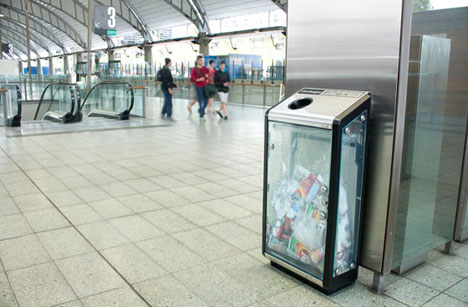