Keeping it in the Community: Designers Make Jobs 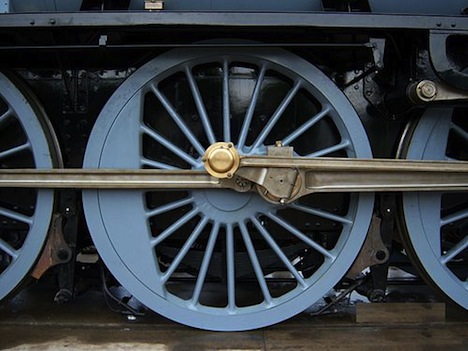 There's this scene in How to Make It in America where Lake Bell's character (Interior Designer) meets her college roommate, who is on her way to Africa for PeaceCorps. As a designer, someone in the commercial arts, it's hard for me to feel like I am effecting social change by making expensive chandeliers. I'm tired of feeling like the best thing I can do for the world is to make this ________(noun) more ___________(adjective) so more people will be more apt to use it. How can I justify my work to a world of friends who are hell bent on making the world a better place?

Perhaps the best things we as designers can do for good is to put people to work. Designers make things. But don't focus just on the object that comes in the box. Designers make jobs. We design cars and car factories make communities. People buy our things and we find people to make them. Graphic designers make books. People print books. Interior designers make, um, interiors. People build those. It is this creaTION process, not the creaTIVE process, which gives us so much power.

Take a look at the work of Thrive.Thrive has been able to take the world view of the design community—the community of people, the recognition of different skills people have—and show people what is outside of their view. Thrive takes the concepts of a good designer: research, need finding, ideating, etc. and applies it to small business owners. Their design firm produces businesses, jobs, communities.

We should be making and designing products which we are proud of. We should also be producing these in a way that we are proud of. Factories have always branded themselves as teams, team members, being a part of something larger then ourselves. A factory, in a sense, is a community, which comes together to build one object. Be it a car, a refrigerator, an airplane. In these communities which spring up as a collective effort, knowledge is born. Theories are put into practice, and ideas come to fruition.

Check out this Reuters article on Boeing and their woes as they outsource more and more of the parts for building a 787. Even in a business news source, where you might expect the writing to be geared towards business and profits, this article zags and suggests that the business choices Boeing made to stay financially competitive—at the expense of their local employees—has cost them hundreds of millions of dollars. 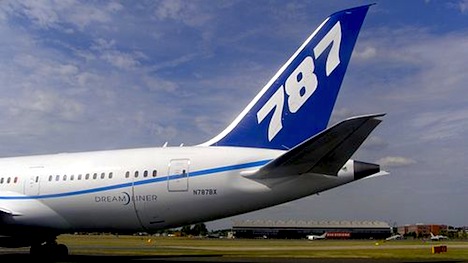 By MilborneOne (Own work), via Wikimedia Commons

"The 787 is not merely a historic feat of engineering. The program also marks Boeing's departure from its own time-honored manufacturing practices," explains the article. Engineers, mechanics and machinists, among others, believe this to be the main reason that the delivery of this product is now three years behind schedule and possibly billions of dollars over budget.

'Do you see the stupidity in that?' said James Williams, an imposing 43-year-old who has been employed by Boeing for 15 years, mostly working in factory safety." Williams, whose father worked at Boeing for more than three decades, is just one of many in the company who blame the repeated Dreamliner delays on a splintered engineering strategy and a complex supply chain of about 50 partners...Whatever the advantages, Boeing's outsourcing is emblematic of corporate practices that have sent large chunks of U.S. industry overseas and to other states, battered communities and vaulted the U.S. jobless rate to nearly 10 percent, economists say.

Tom McCarty [president of the Society of Professional Engineering Employees in Aerospace] said that by relying so heavily on foreign partners for their engineering, Boeing devalues the so-called tribal knowledge that facilitates practical application of complicated, academic engineering concepts that eventually produce a new plane.

Acquired on the job and over time, tribal knowledge is a key ingredient in the development of a new plane, some experts say. It is the shared method of performing countless daily tasks efficiently and in coordination with colleagues. In short, tribal knowledge is the grease that cuts friction throughout the design and assembly process. 'One of the things you don't want to outsource is your core competencies,' said Karen Kurek, 'It's the thing that gives your organization your value added.'

America has outsourced the core competency which made it a global economic powerhouse. Teaching ourselves how to make things has sustained us through a couple eras of challenging times. Exploding with WWII effort, we have learned to be good at making things and taught that idea to others. We have created an economy which is driven forward by the engines that we make. We can reactivate these abilities. We can demand good engineering to make our half-assed ideas work.

We as designers need to keep the flow of ideas across geography current and active, while at the same time, closing ranks to create a depth of knowledge locally. We can use our position as the hub of this wheel of spokes—conception, ideation, creation, producing, possibly distribution—to effect change in the community zones which radiate from our homes. If I can clean, reorganize, repair and change the surroundings in my house, I can do the same for my block. I can do the same for my neighborhood of Crown Heights, for Brooklyn, for New York.

Keeping it in the Community: Designers Make Jobs

Kenzan is the product of sculptors and bookkeepers. An upbringing telling of his approach to design: the hands-on formation of good ideas into solutions through considered assessment and judgement. Kenzan's experience as a lighting designer, small business owner, and good neighbor has provided him a means to explore and understand the multi-faceted world of design. Both a thinker and a do'er, Kenzan finds opportunity at every step of the process to create beautiful and effective design solutions, no matter the challenge.