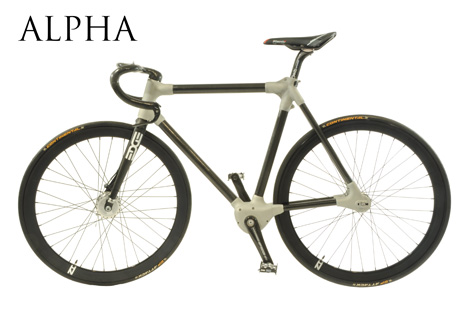 A team of mechanical engineering students at the University of Pennsylvania have spent the better part of the past year designing and fabricating the ultimate concept bike, which they've called "Alpha." Thanks to rapid prototyping technology, the bike was realized almost entirely at UPenn's engineering school. 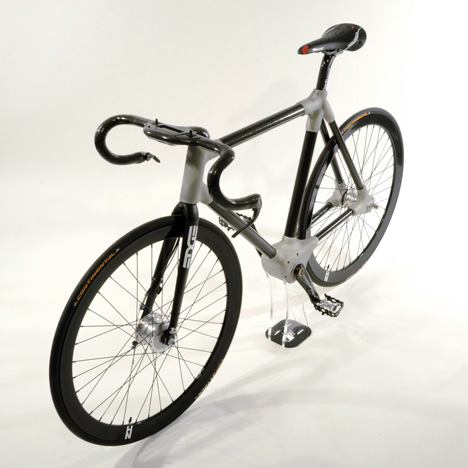 Many of the innovations lie in the drivetrain: besides being fully enclosed within the frame, an electronic clutch allows the rider to switch between fixed-gear and freewheel settings. Every aspect of the bike is described in further detail on the dedicated website, but here's a handy rundown of the specs... 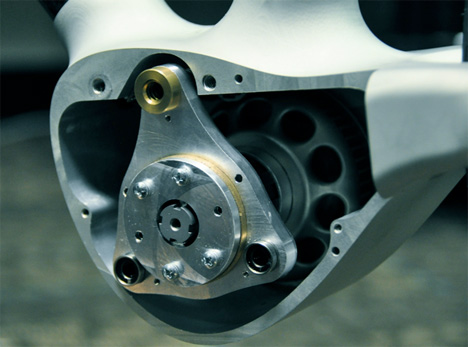 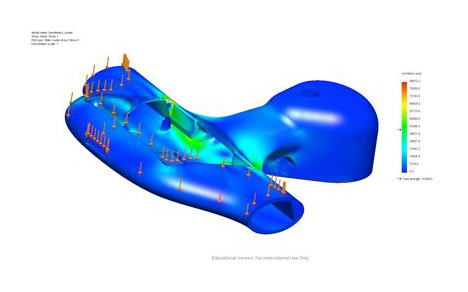 The custom handlebars (track drops) are built into the stem to accommodate a LCD screen, not to mention the internal electronics. the bar-end brake lever is wired to drum brake in the front hub, which also houses "a dynamo which generates power for the onboard electronics." 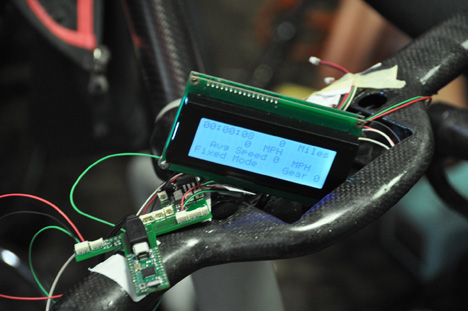 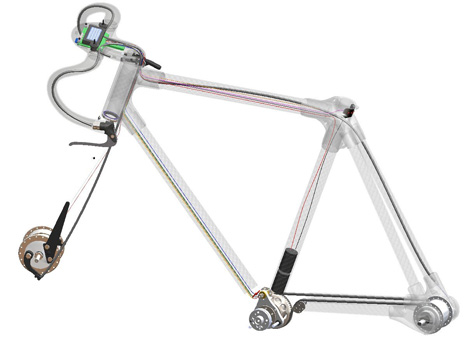 Thus, the rotation of the front wheel "illuminates the integrated rear LEDs and charges two 120 Farad super capacitors." Furthermore, for today's metric-fixated rider, "additional data, which can be used to analyze bike dynamics post-ride, is stored on an SD card that is easily accessible from beneath the handlebars." 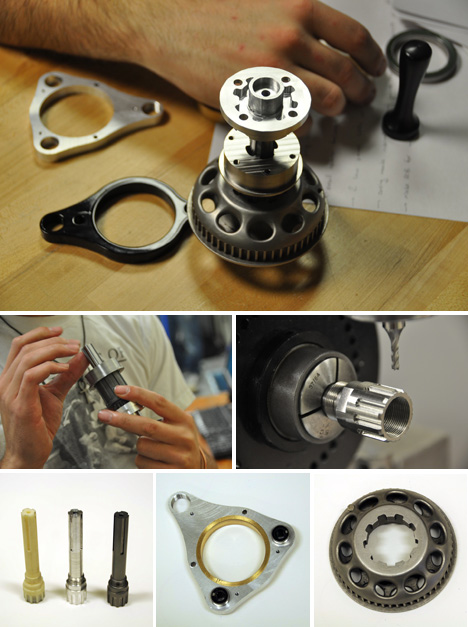 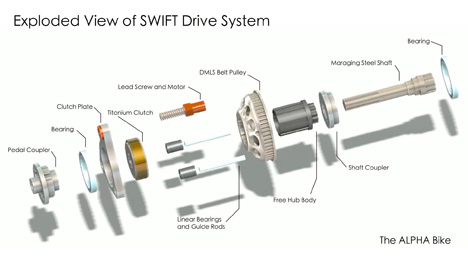 This is where the team demonstrates their engineering prowess:The Switchable Integrated Free-Fixed Transmission uses an electromechanical actuated clutch to switch the bike's configuration between fixed-gear and free-wheeling modes. Metallurgical considerations played a major role in selecting materials for all of the transmission components... 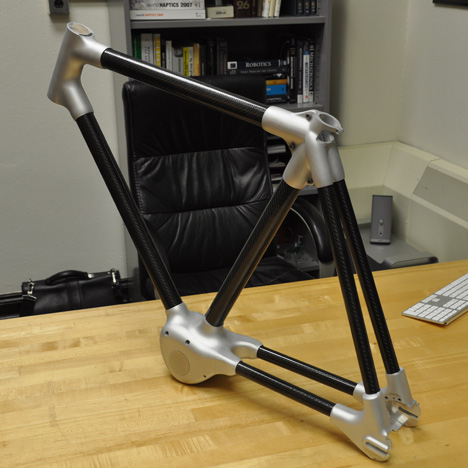 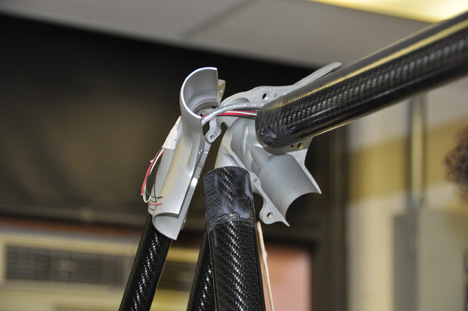 Carbon-fiber tubes, which house internal cables, are joined by aluminum lugs—all produced in-house using CAD, CAM and CNC-machining (more on that below). The bulbous bottom bracket cluster and fork ends conceal moving parts of the drivetrain, while the belt is hidden inside the right chainstay (as per convention; see video below). The joints were epoxied and cured for five days to ensure structural integrity. 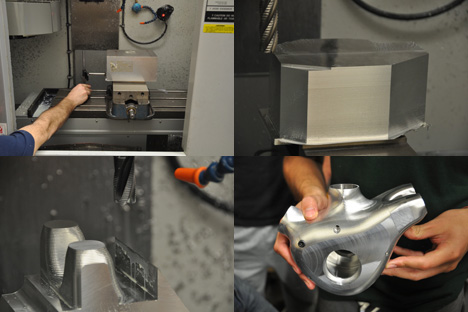 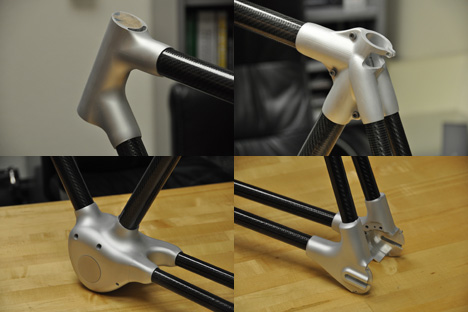 Rapid prototyping was paramount to executing the design: "3D printing was used to prototype almost every part before design was finalized and final manufacturing began." For those of you who talk the talk:For final construction, all of Alpha's lugs were CNC machined from billet Aluminum, bead blasted, anodized, and sealed. Many of the transmission components were CNC milled, while the shaft was turned on a CNC lathe and post processed using a collet indexer on a mill.

We made us of a Haas 3-Axis milling machine to achieve the necessary precision for the lugs... We used 80-20 to create a frame that allowed us to prototype the drivetrain with the SWIFT system in it. 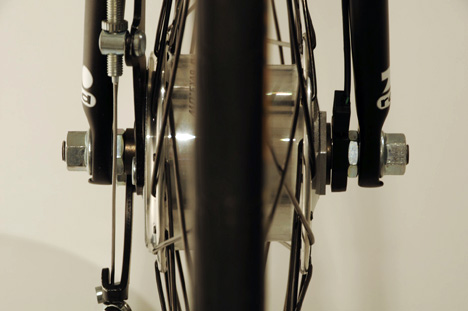 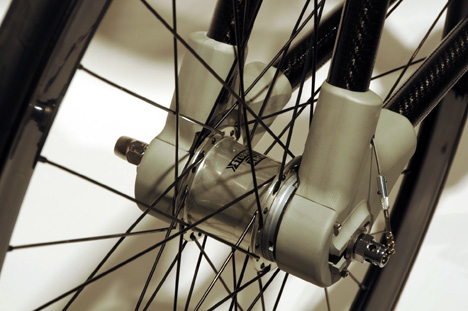 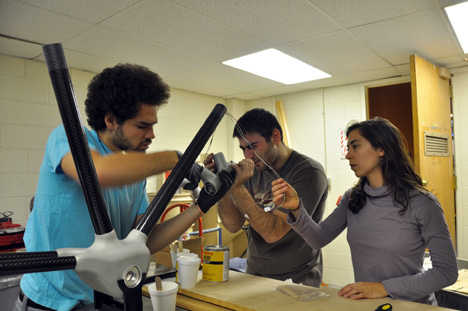 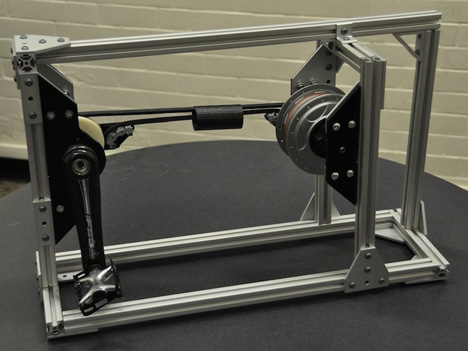 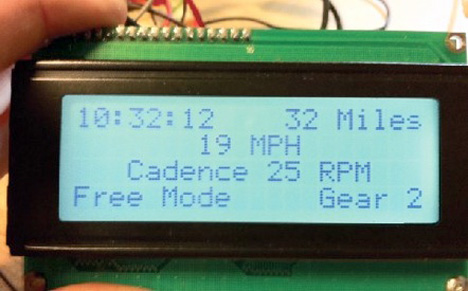 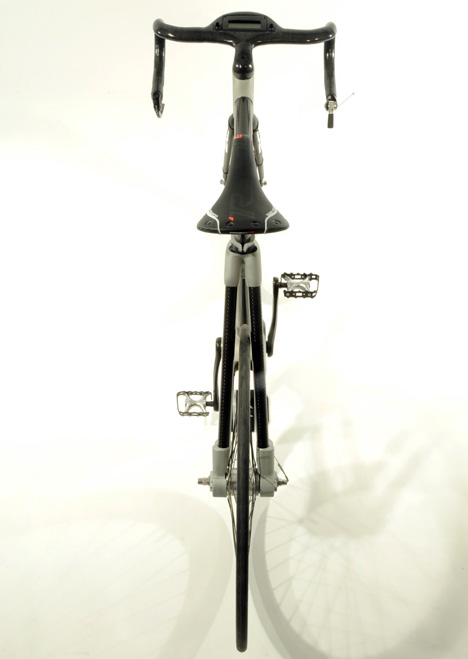